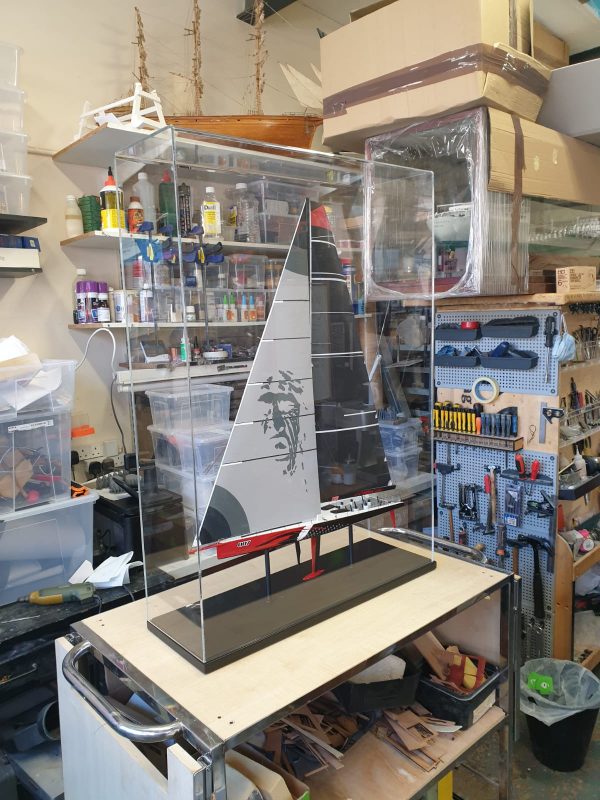 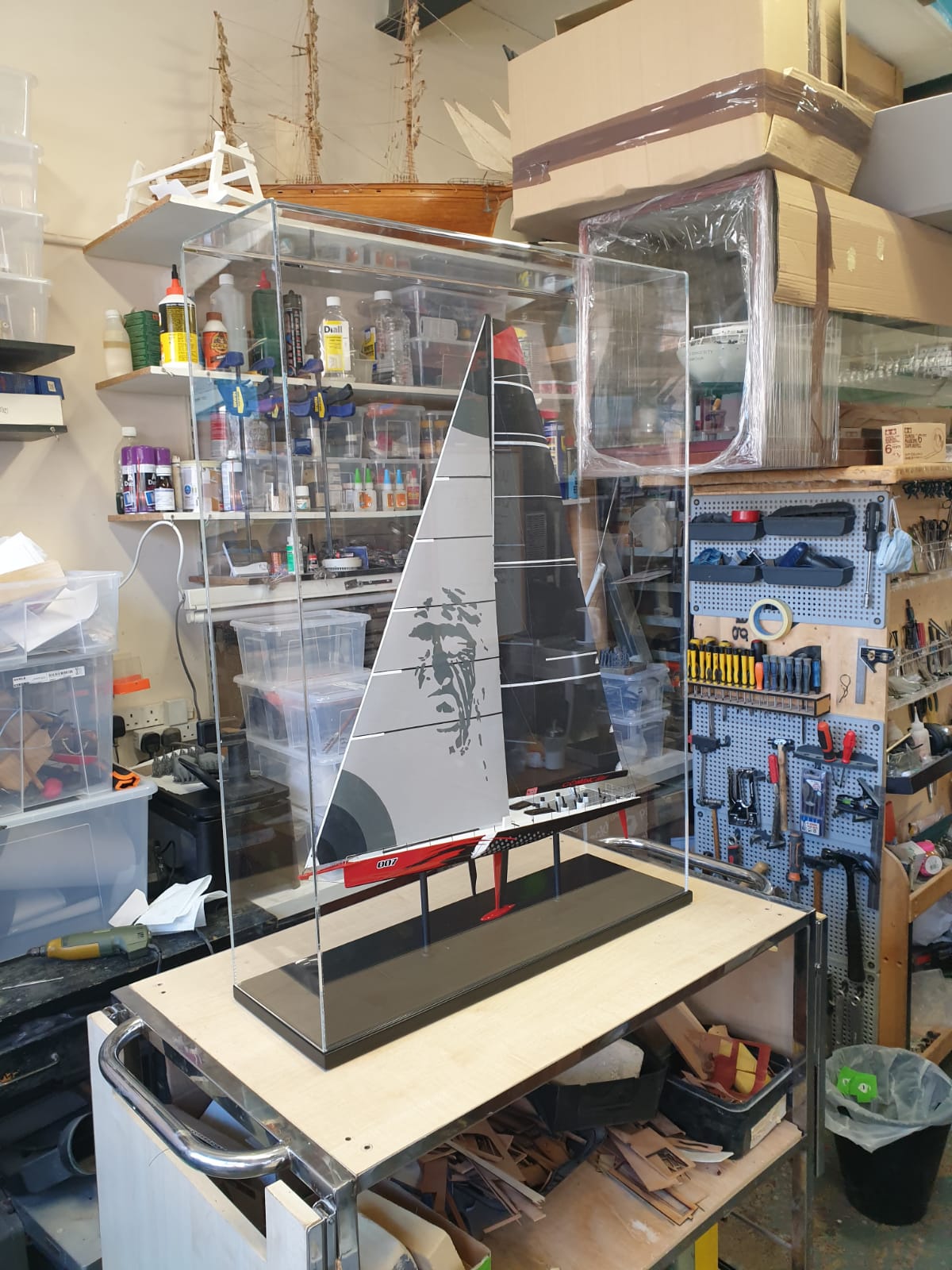 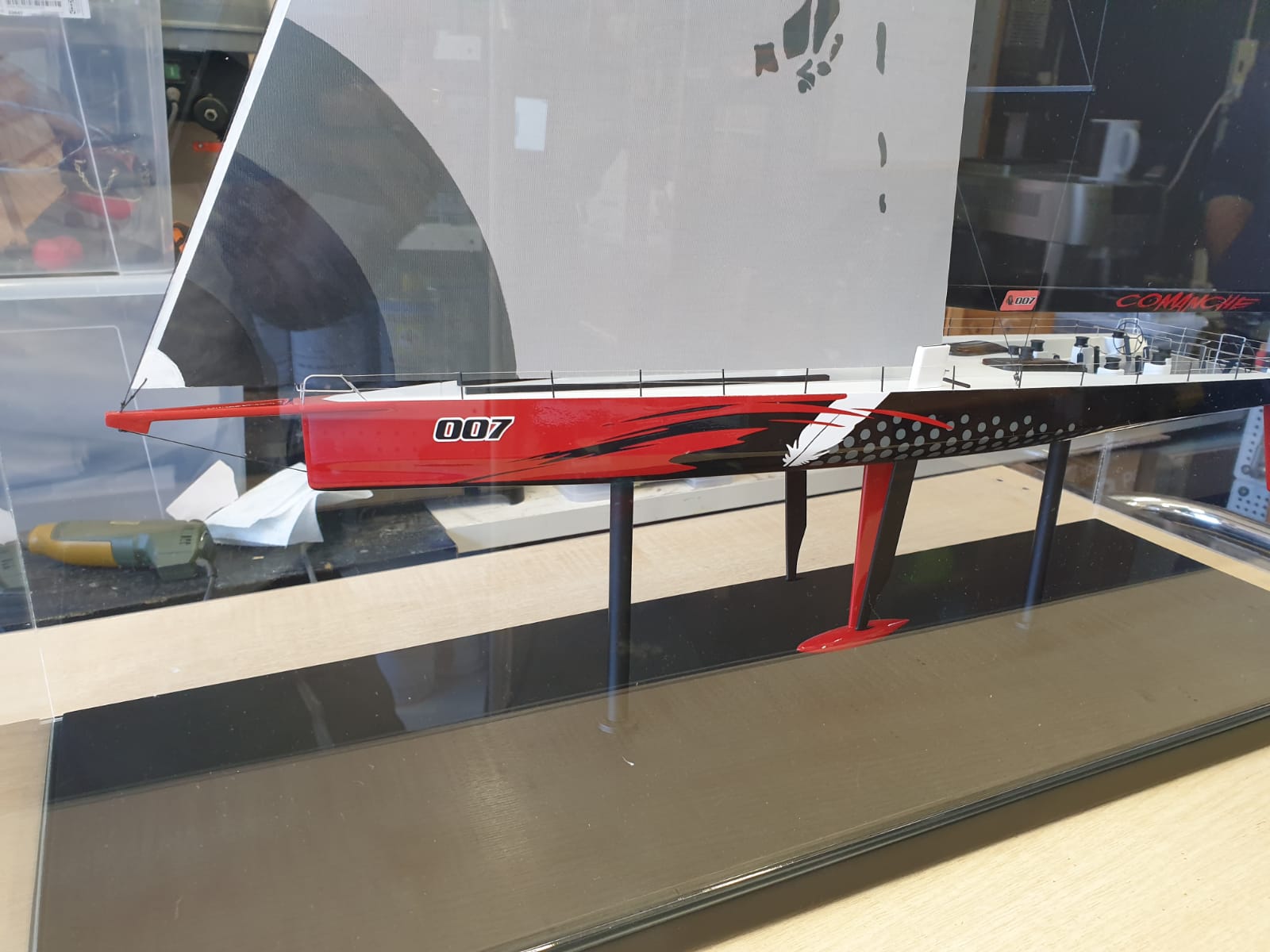 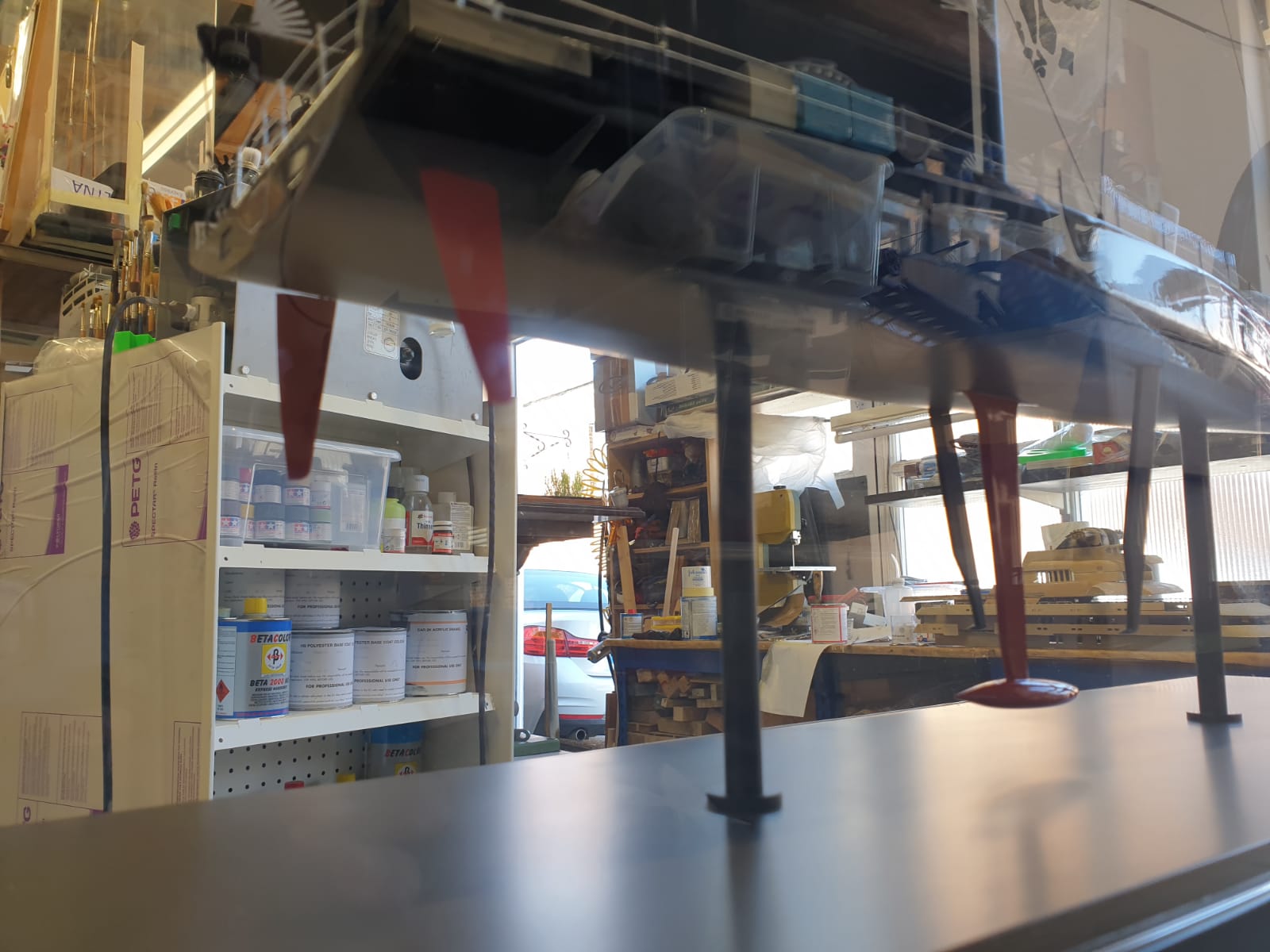 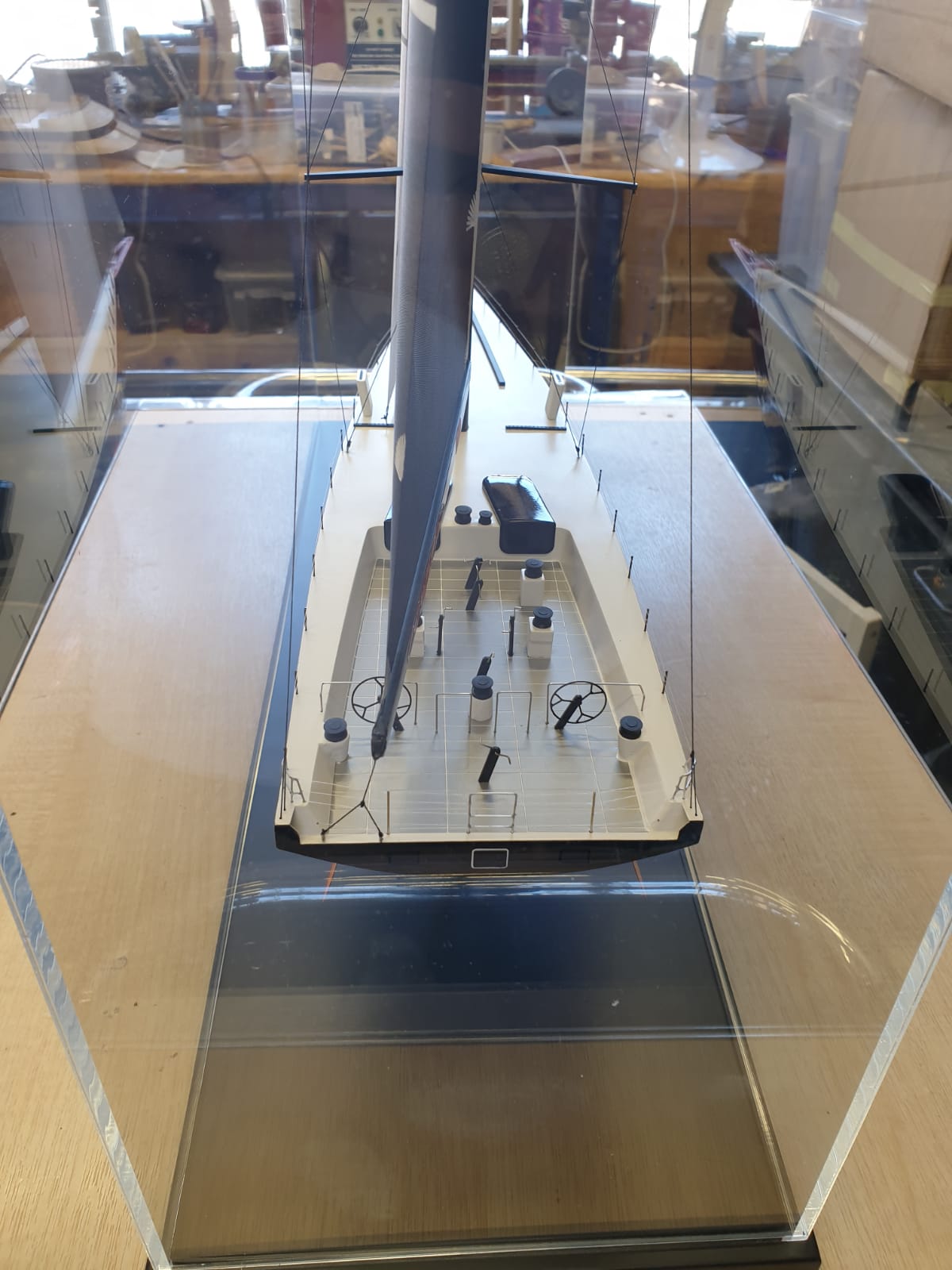 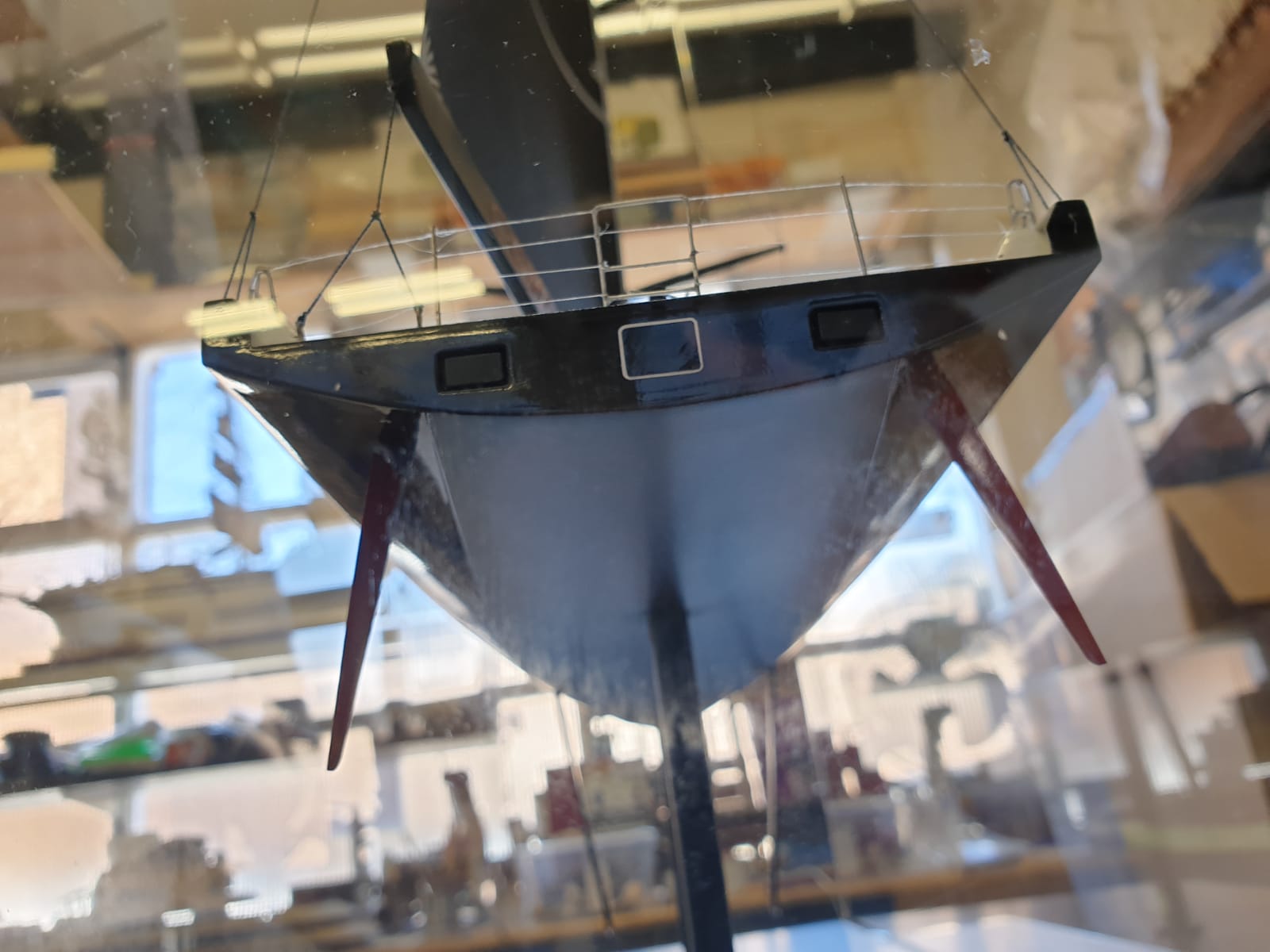 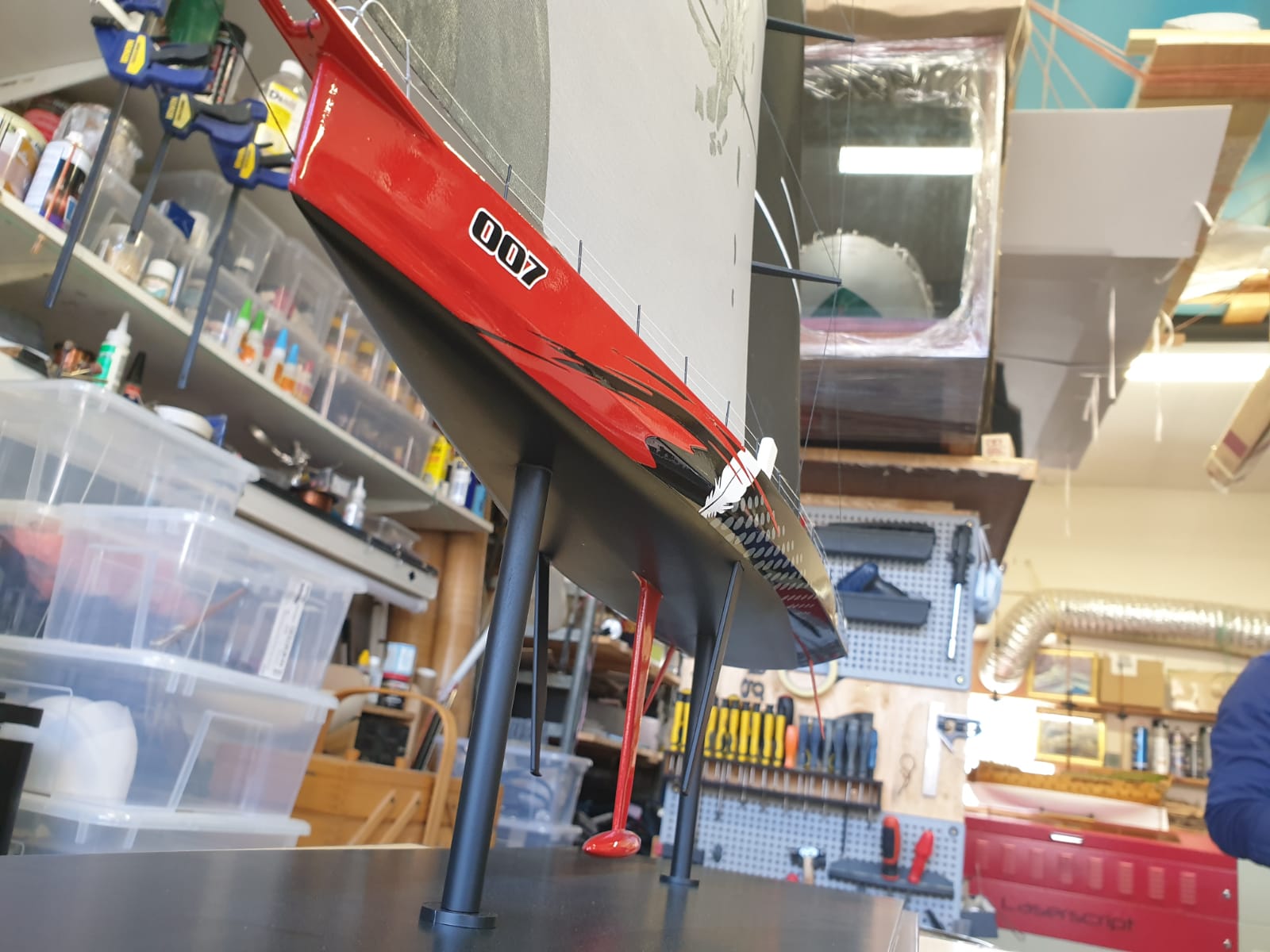 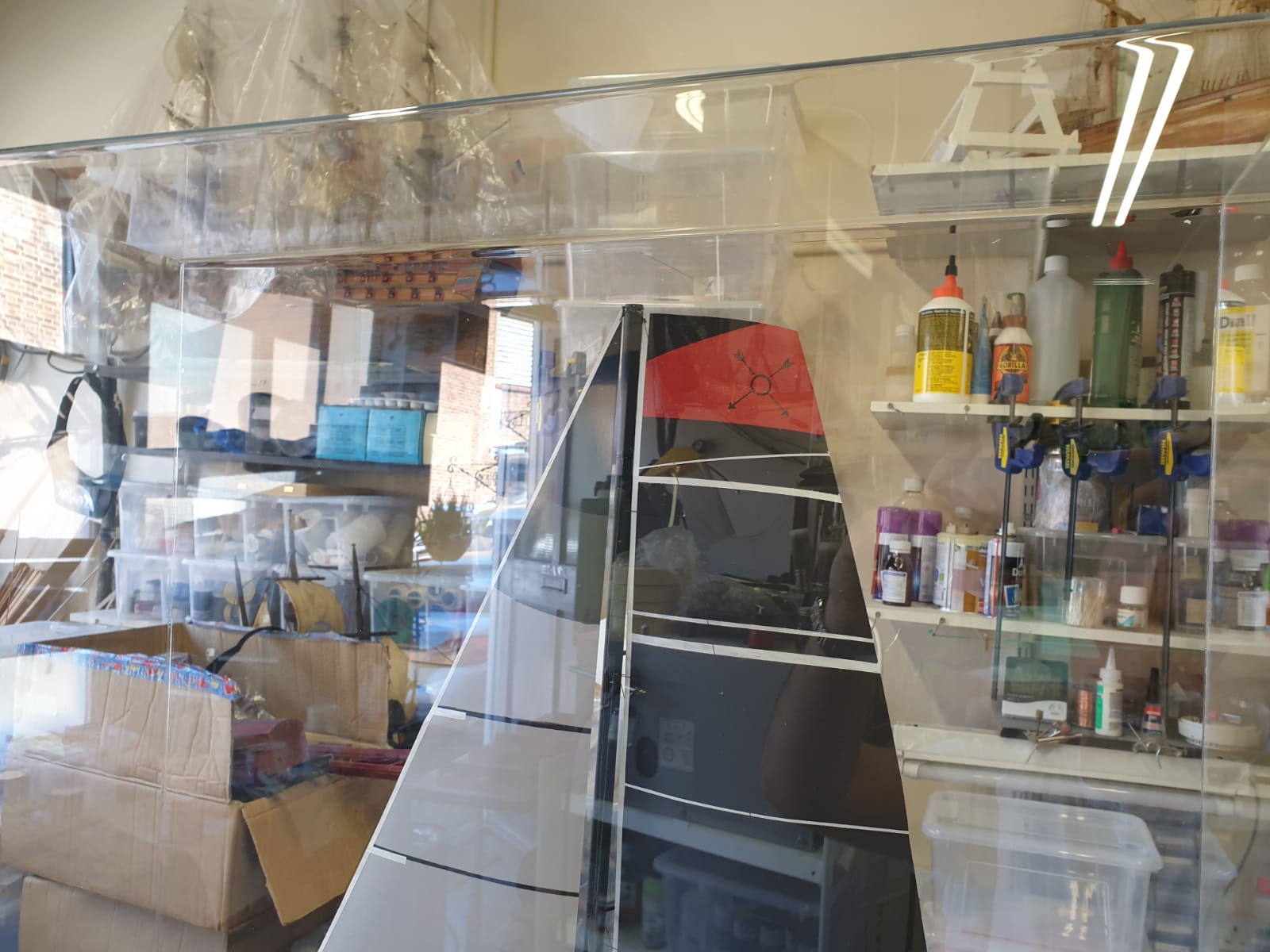 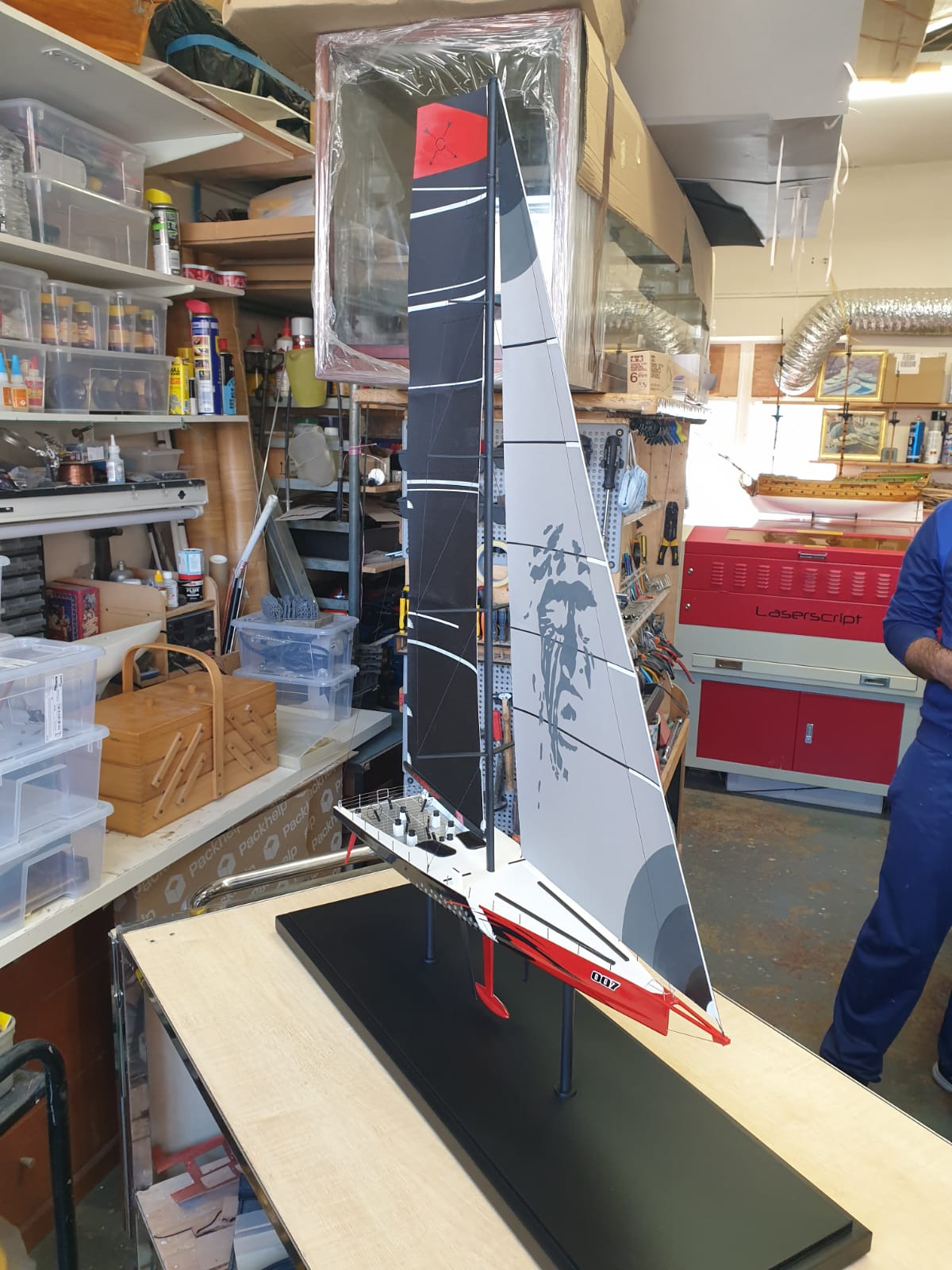 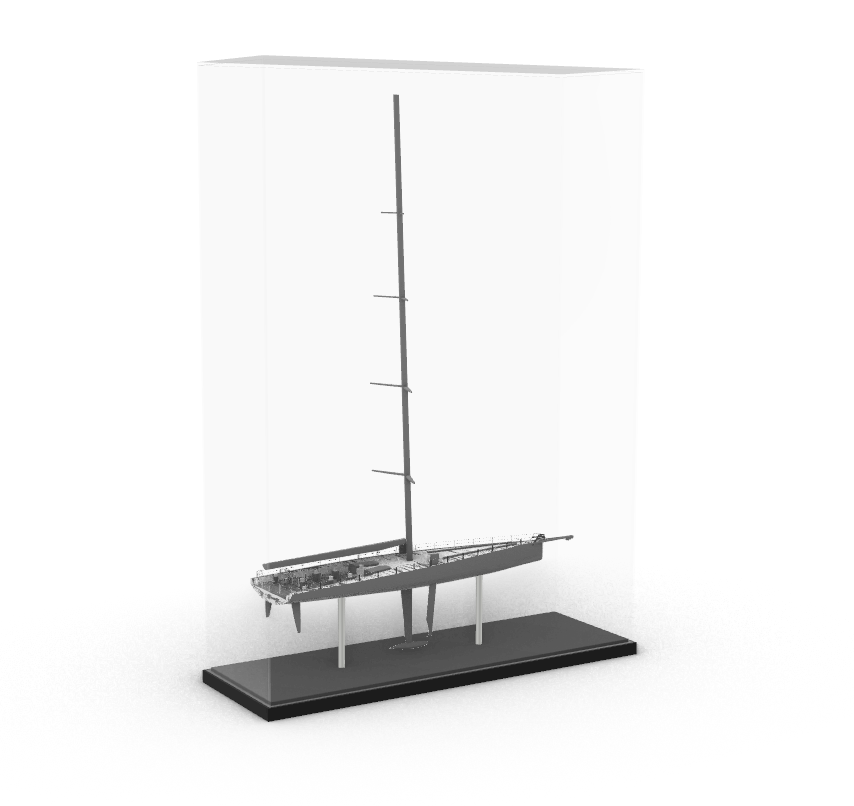 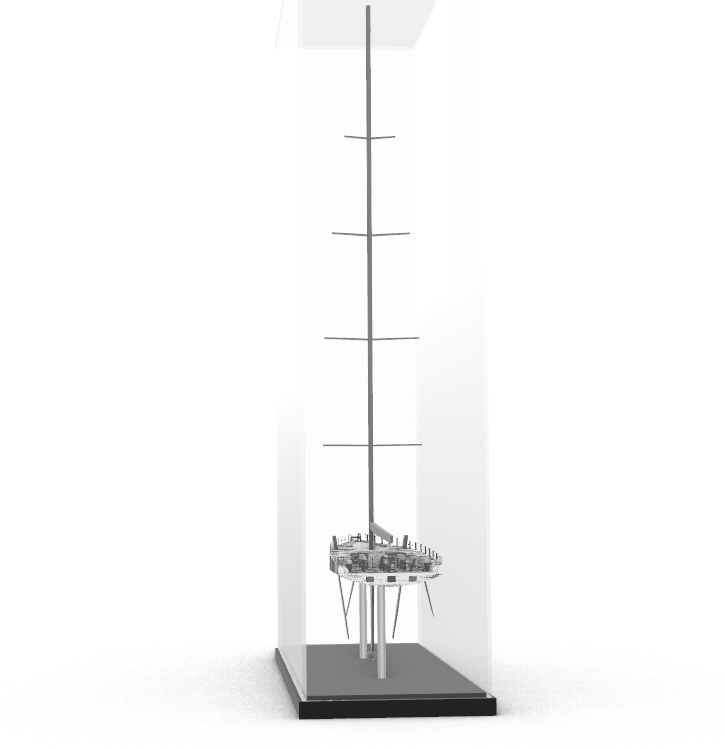 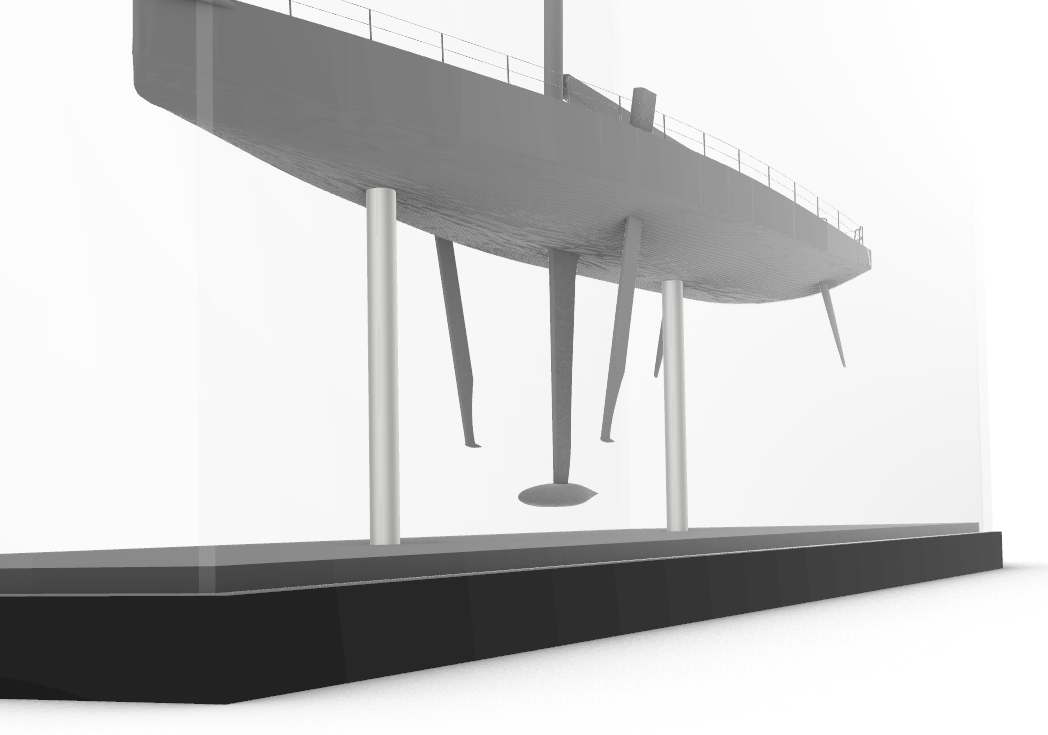 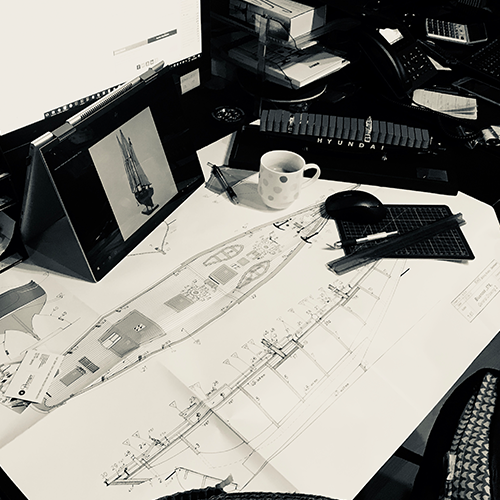 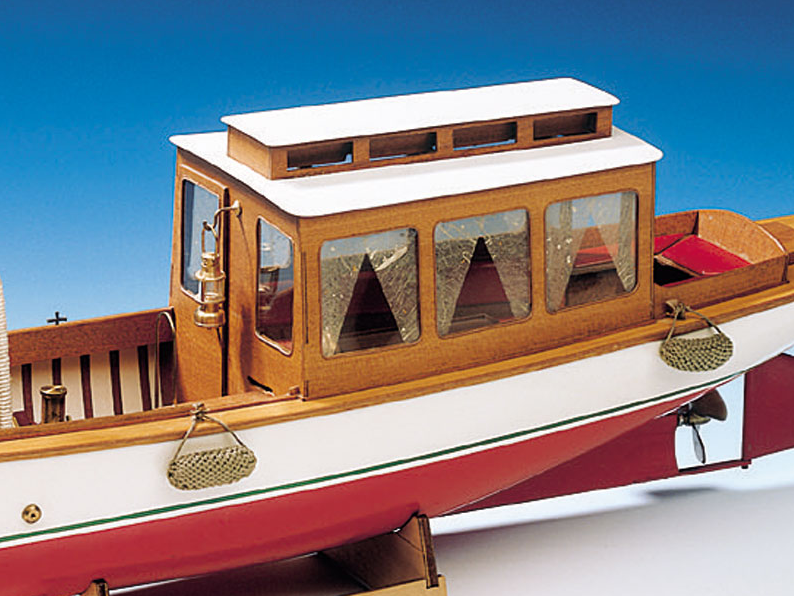 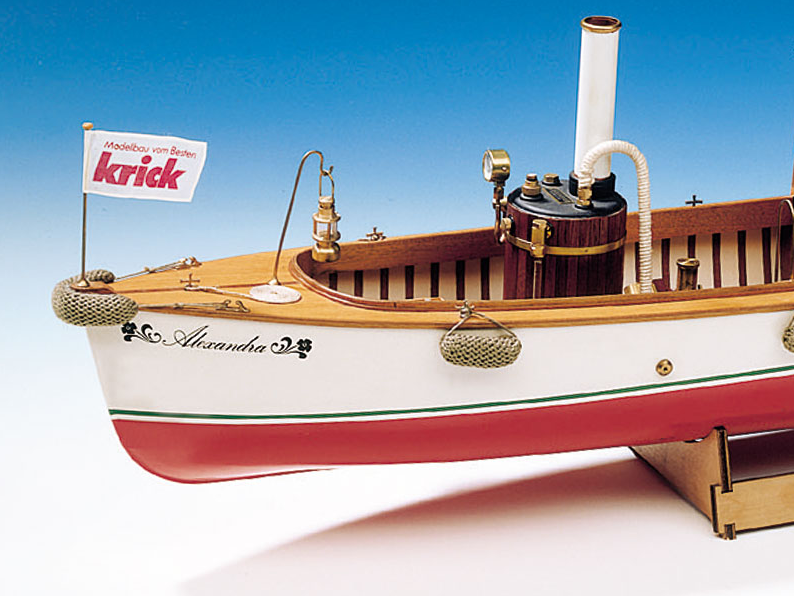 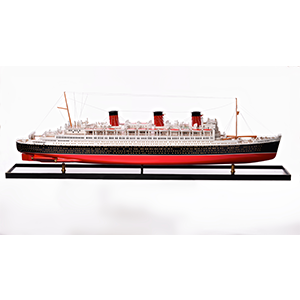 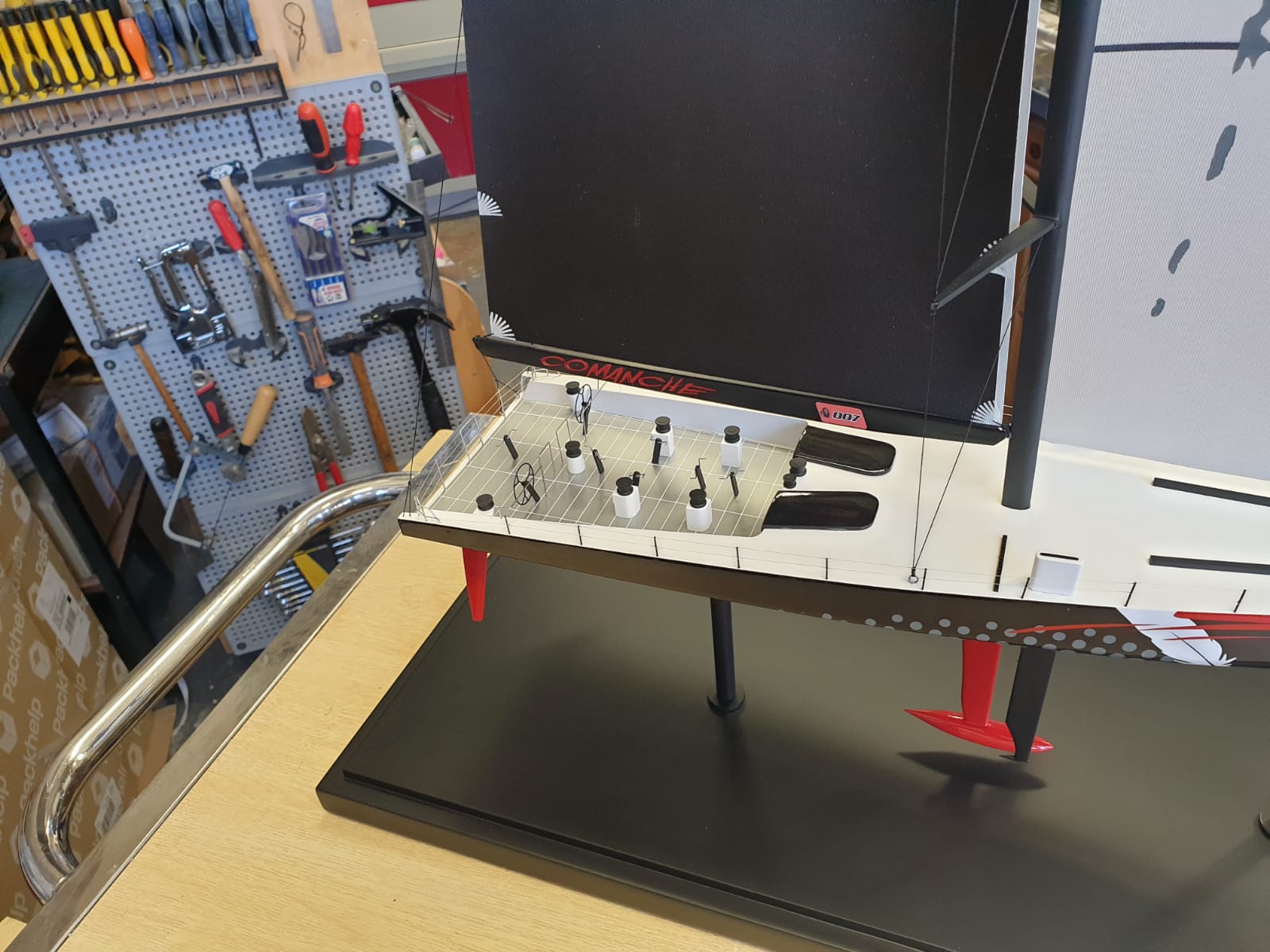 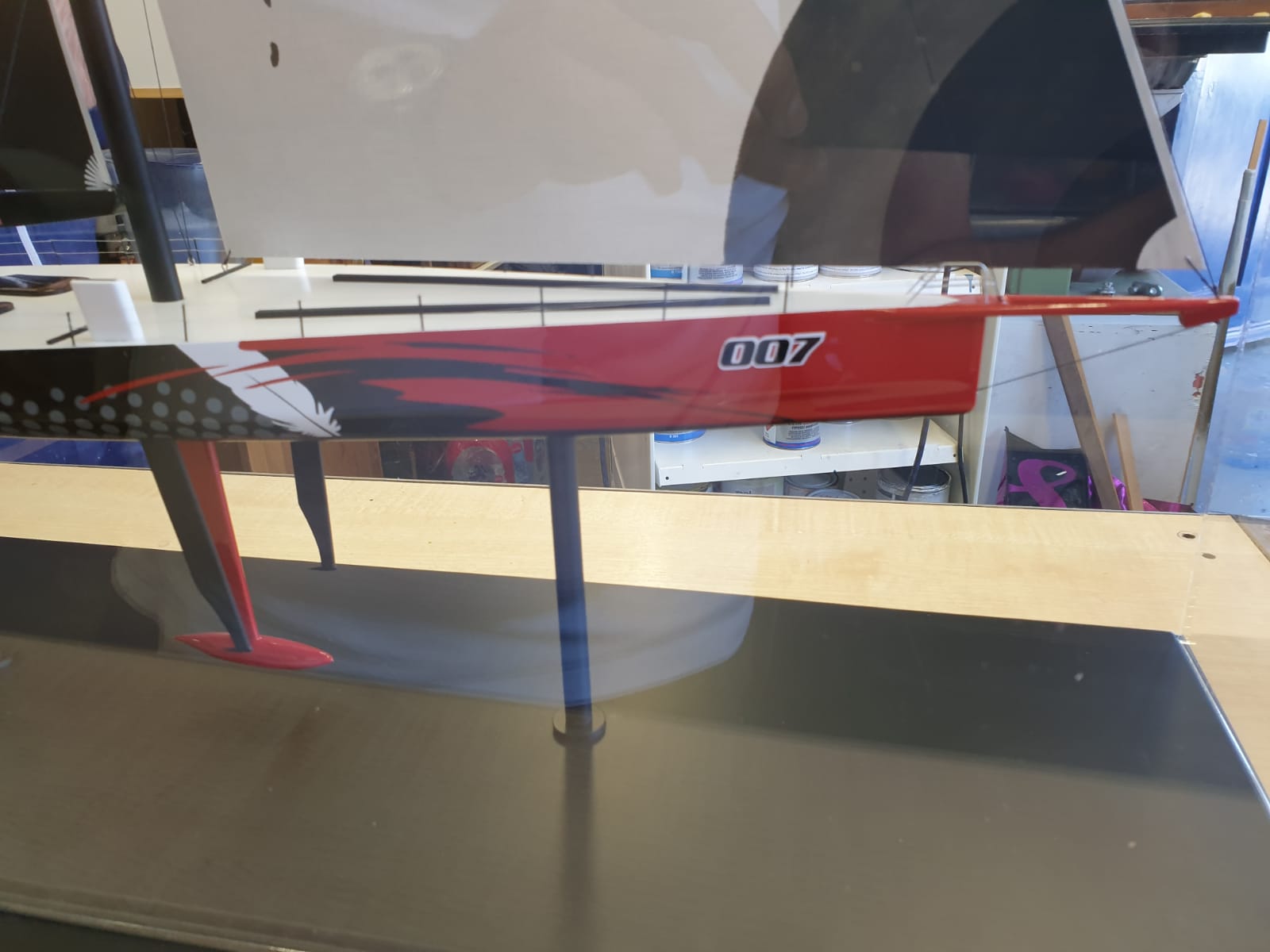 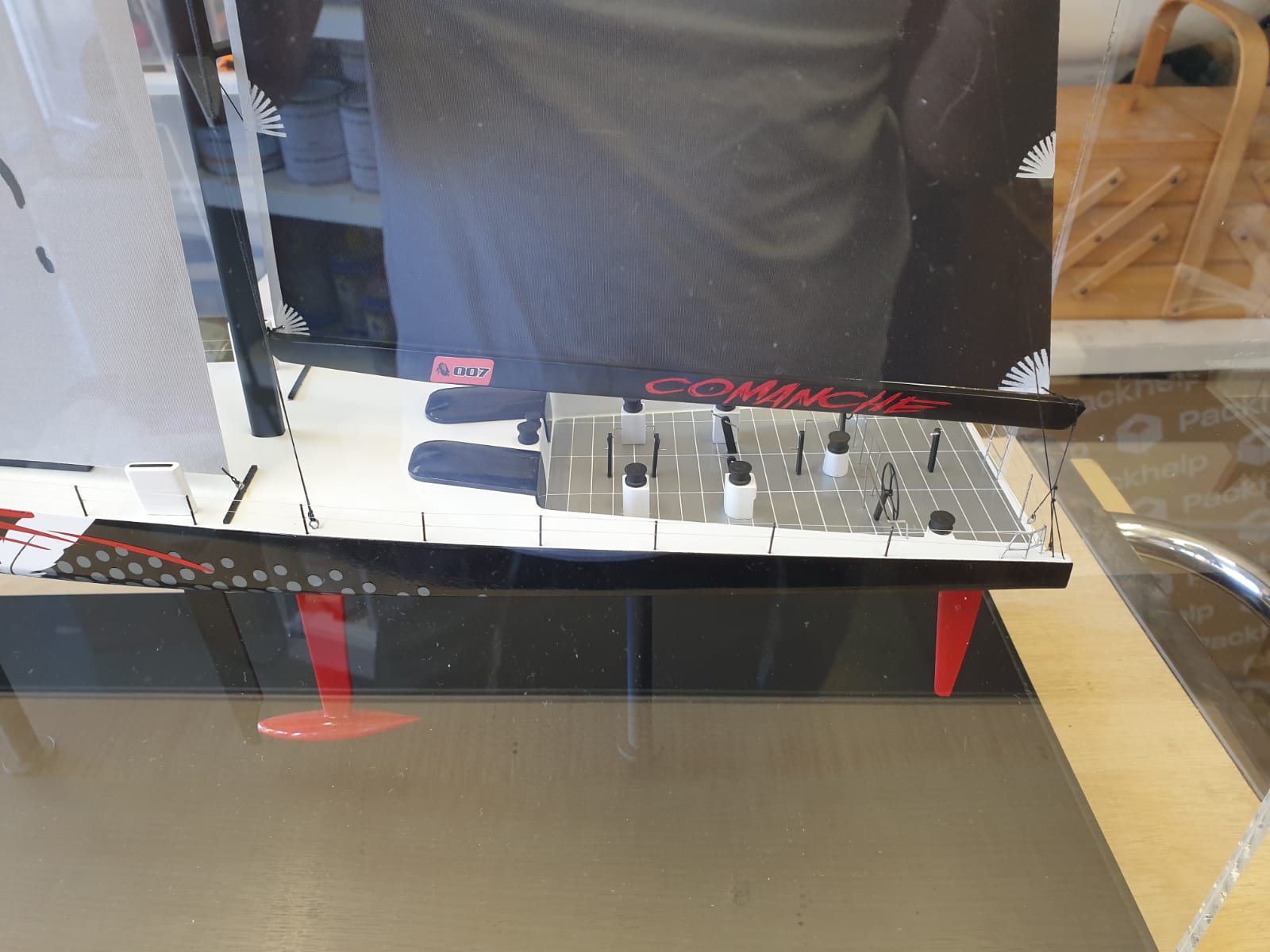 This Comanche Model Sailing Yacht is hand built by our expert model makers in our Premier Ship Models Workshop in Mauritius to reflect the real ship. It is primarily made of naturally sourced wood and is painted like the actual vessel.

The Comanche Maxi Yacht was originally launched out of the United States of America on 27th of September 2014 by Hodgdon Yachts for Dr James H. Clark, although she was designed in France by VPLP and Guillaume Verdier and she was built to be 100ft long. She has since competed and won Line Honours in prestigious competitions such as the Fastnet Race from Cowes to Plymouth as well as the Sydney to Hobart Yacht Race, both in 2015. She held the 24-hour sailing record for monohulls in 2015, covering 618 Nautical Miles within a one day window. She also holds the honour of setting a 24 hour run of the 484.1 Nautical Mile Transpac Record, averaging just over 20 Knots.

Over the years her honours have grown and she has continued to gain honours and records including the Transpacific Yacht Race (2225 Miles) and the Transatlantic Crossing Record. She was briefly owned by Jim Cooney, who had the ship briefly sponsored by LDV for only a year before returning her to her original unsponsored state. In 2019 Comanche was reportedly sold to a Russian Interest Group although details of the sale have not been disclosed.

Be the first to review “Comanche Model Yacht” Cancel reply 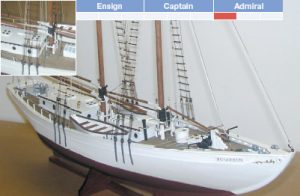 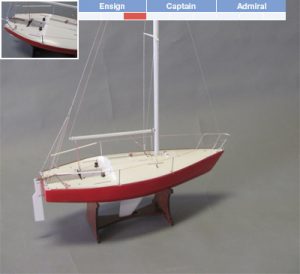 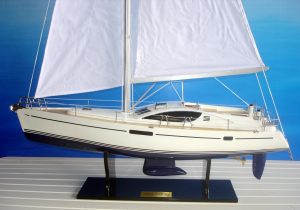 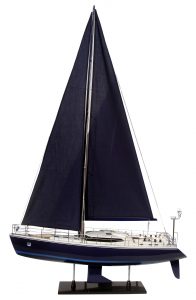 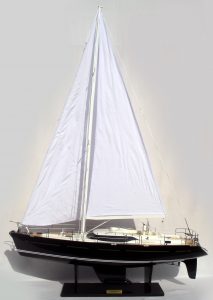 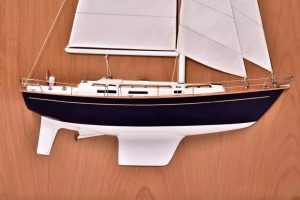 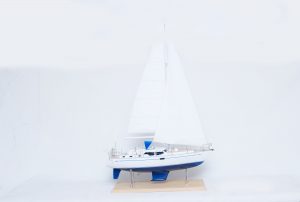