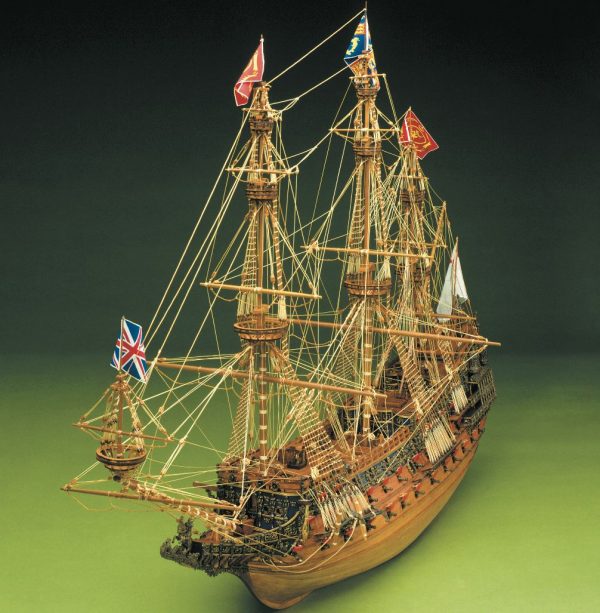 Mantua Model Group has been dedicated to producing period model boat kits since the war was over. They are the first corporation to invent and adopt the cutting ability of laser beams to produce very accurate and high quality products. The company is based in Italy and they are able to supply very high quality fittings and building materials for the model boat builder.

Our Sovereign of the Seas model ship is a replica of one of the Royal Navy’s most extravagant ships. Built at a huge outlay of £65,586 at the insistence of King Charles I, the ship was a first rate ship with beautiful carvings. Launched in 1637, the ship served for many years, participating in the Anglo Dutch wars and all the conflicts against the United Provinces and France. The ship was burnt down due to an accident in 1697.

Some Important Facts about Sovereign of the Seas

The beautifully crafted historic ship was a symbol of British Royalty. Replicas and models of Sovereign of the Seas are available at Premier Ship Models, a leading manufacturer of model ships and yachts both historic and modern.

To view more of our beginner, intermediate and advanced model kits please browse our website or feel free to Contact Premier Ship Models with any questions you may have.