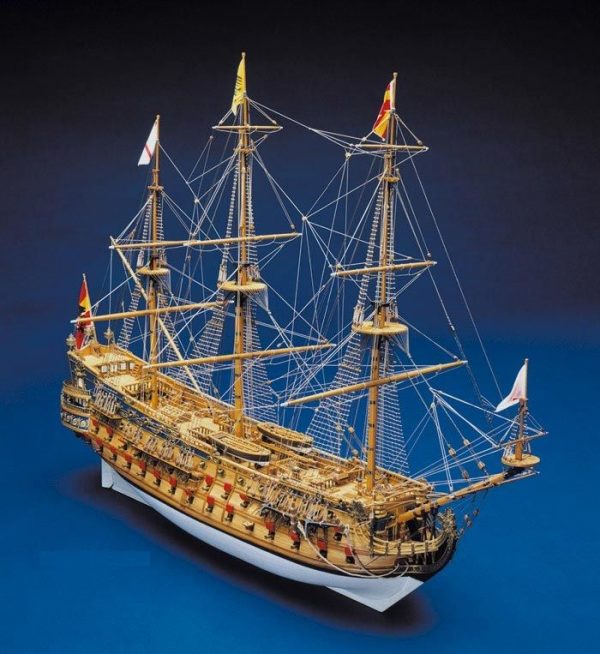 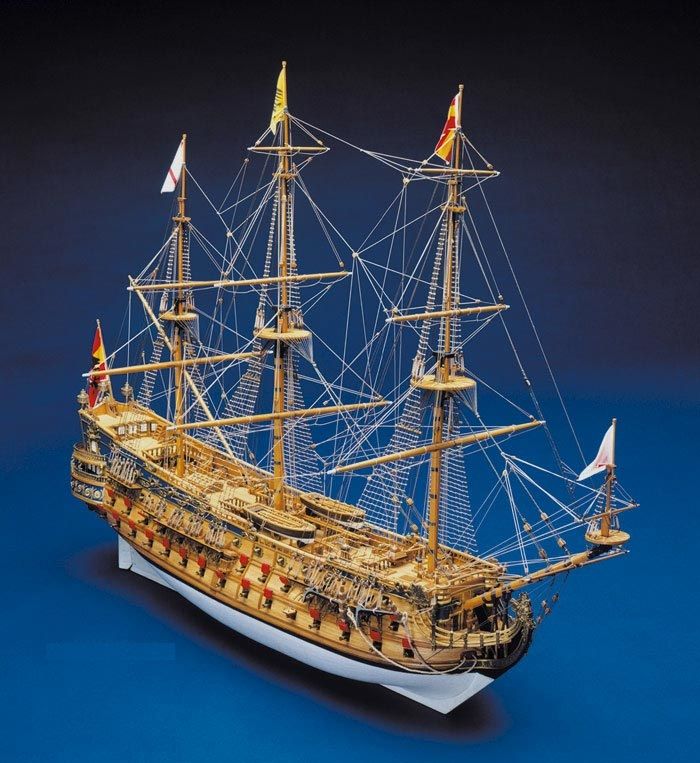 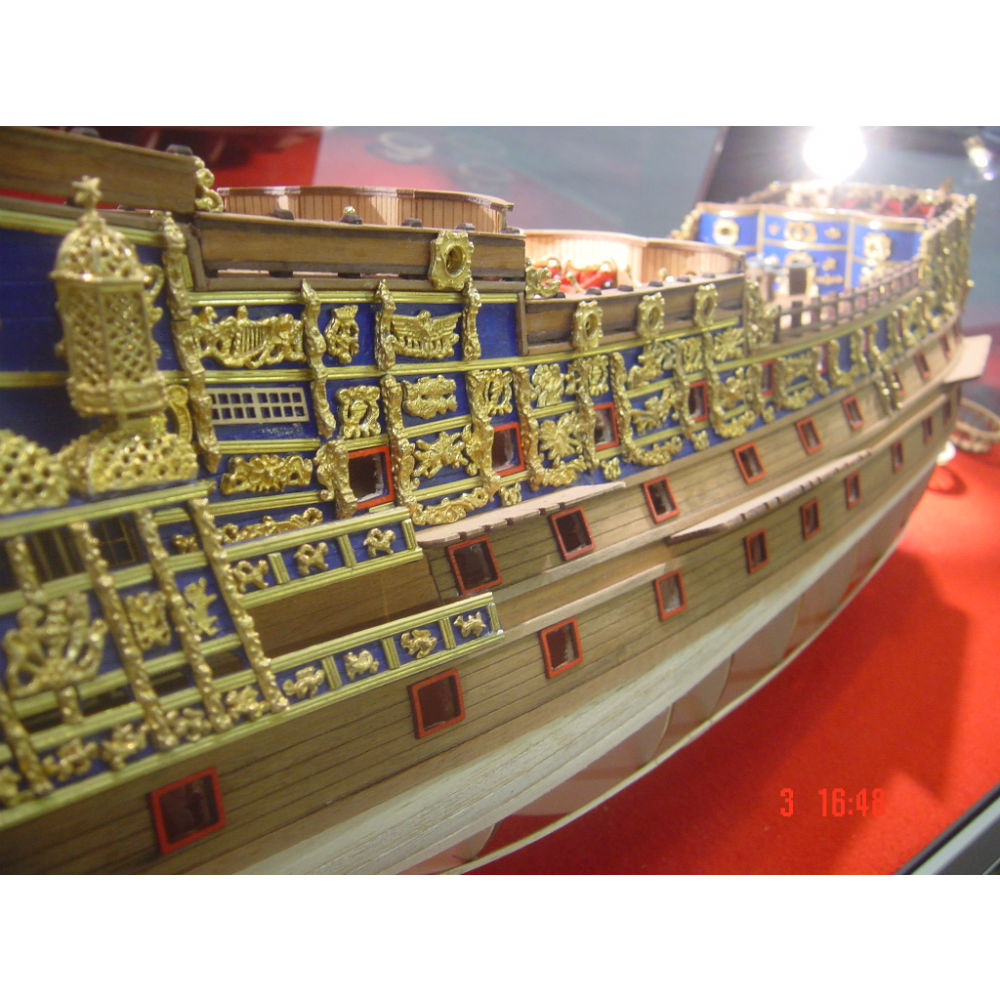 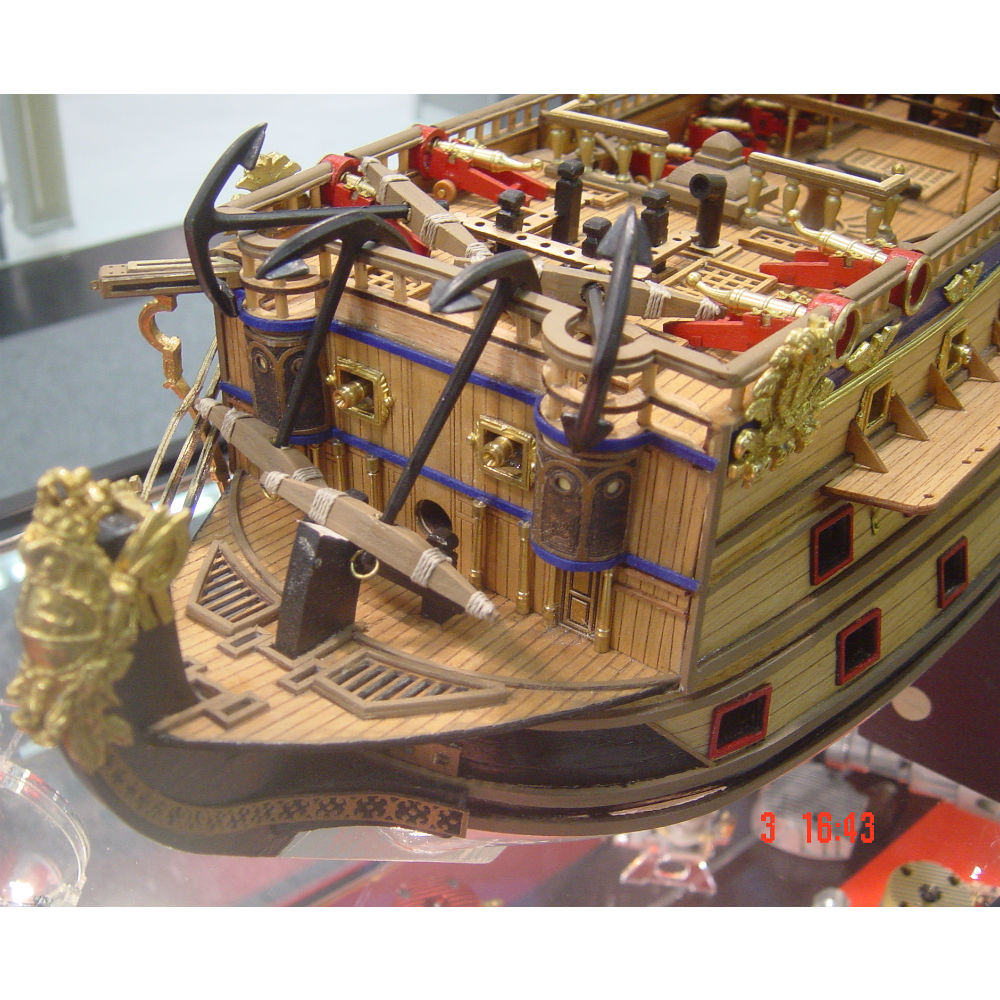 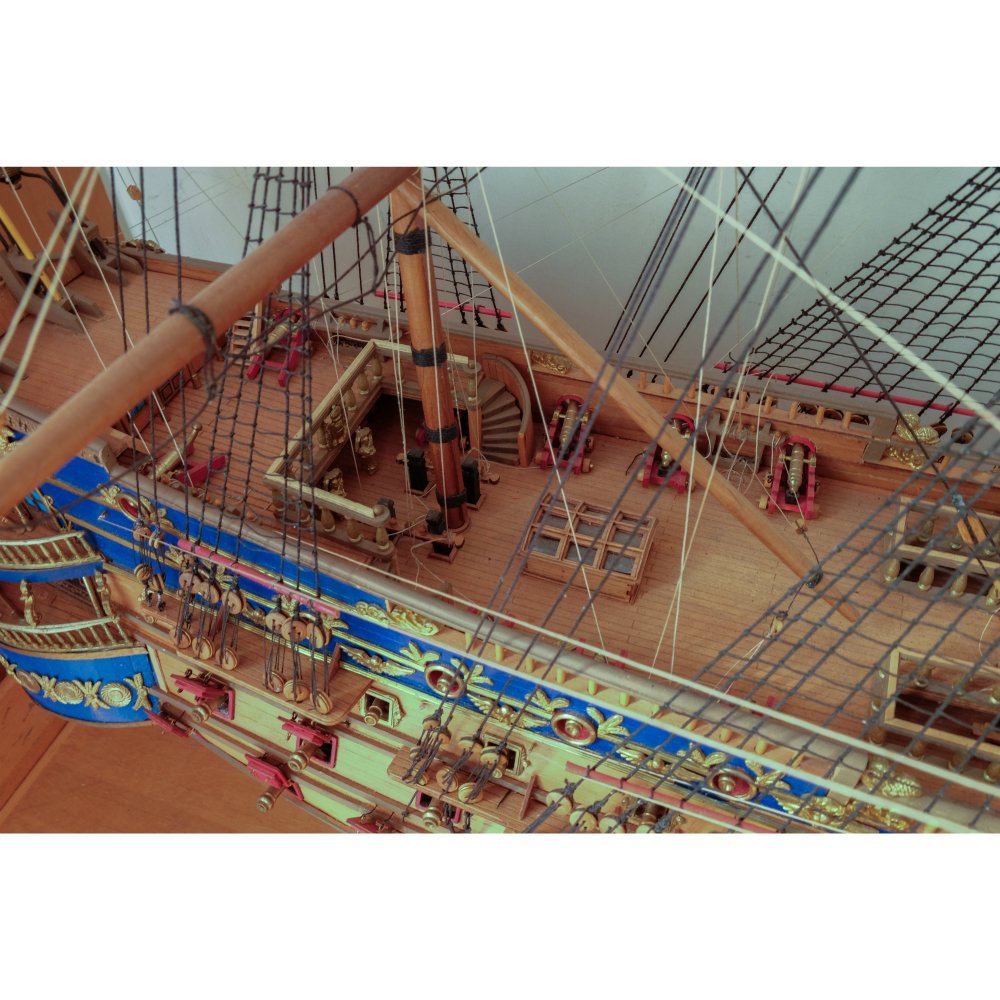 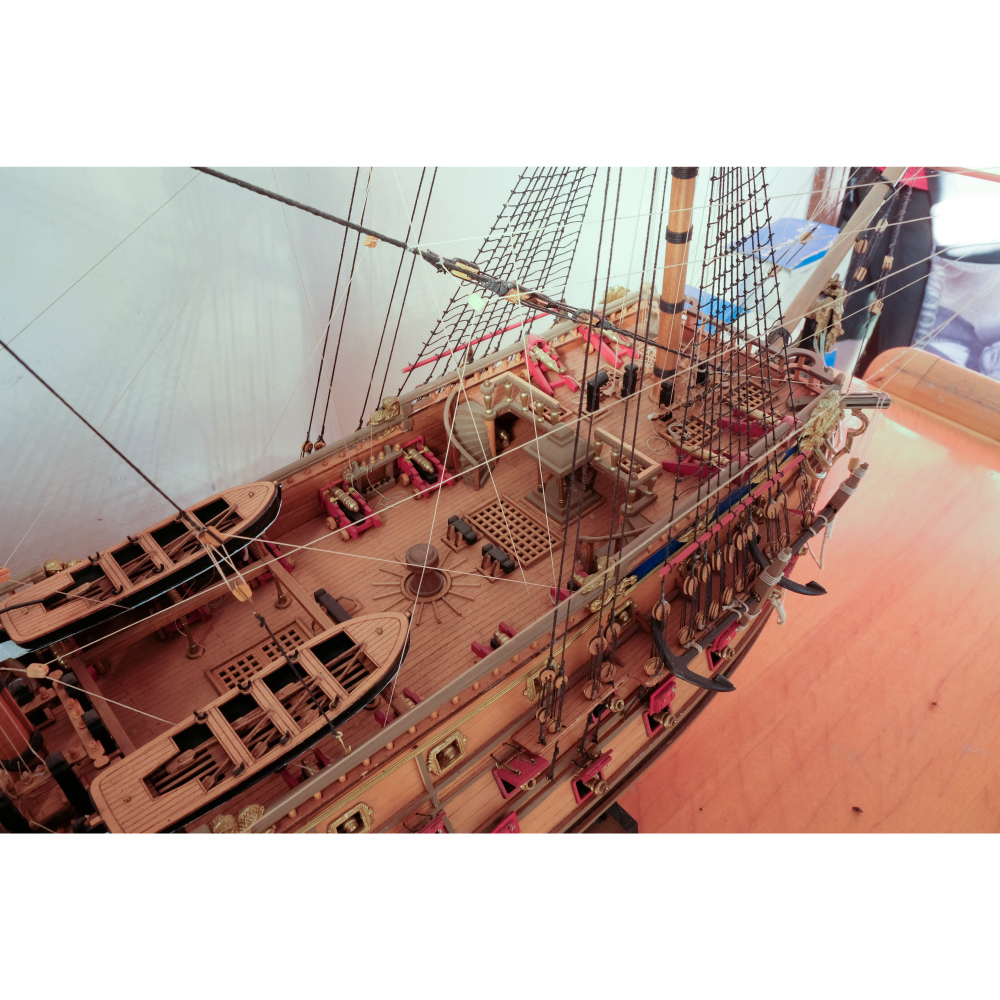 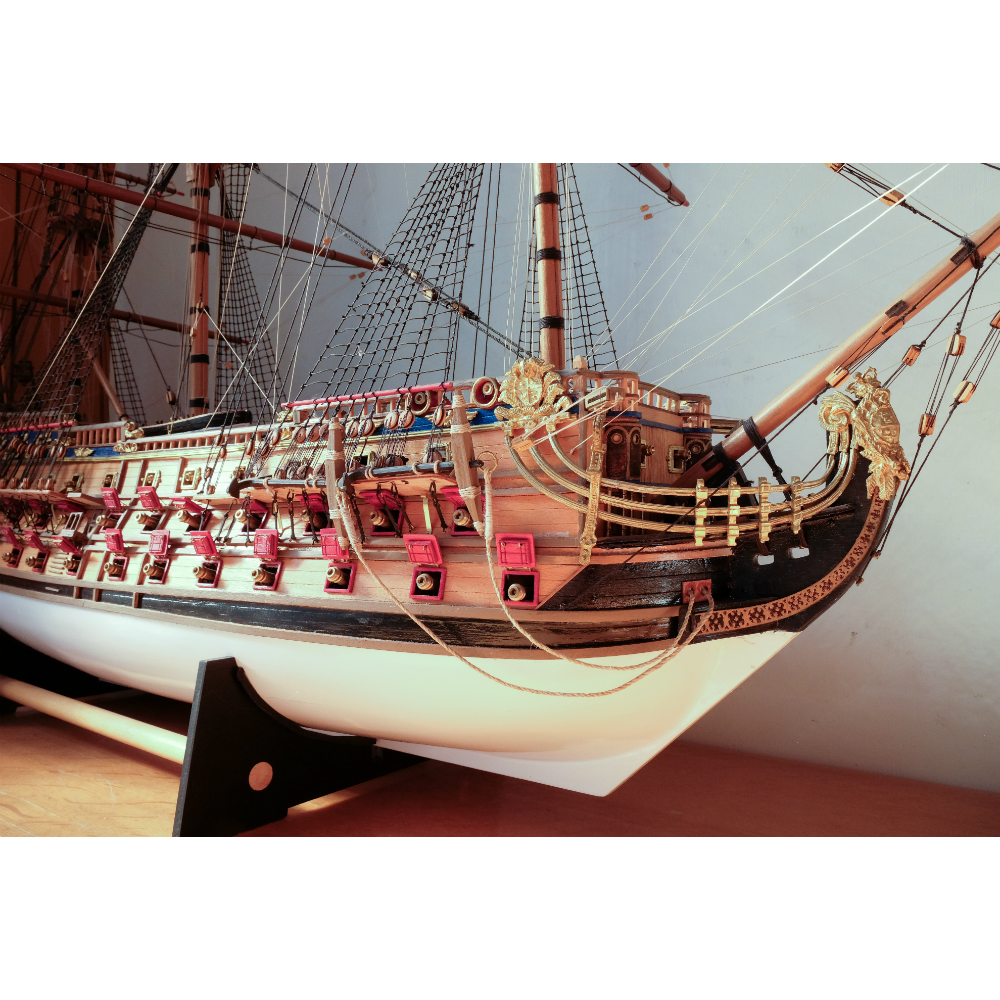 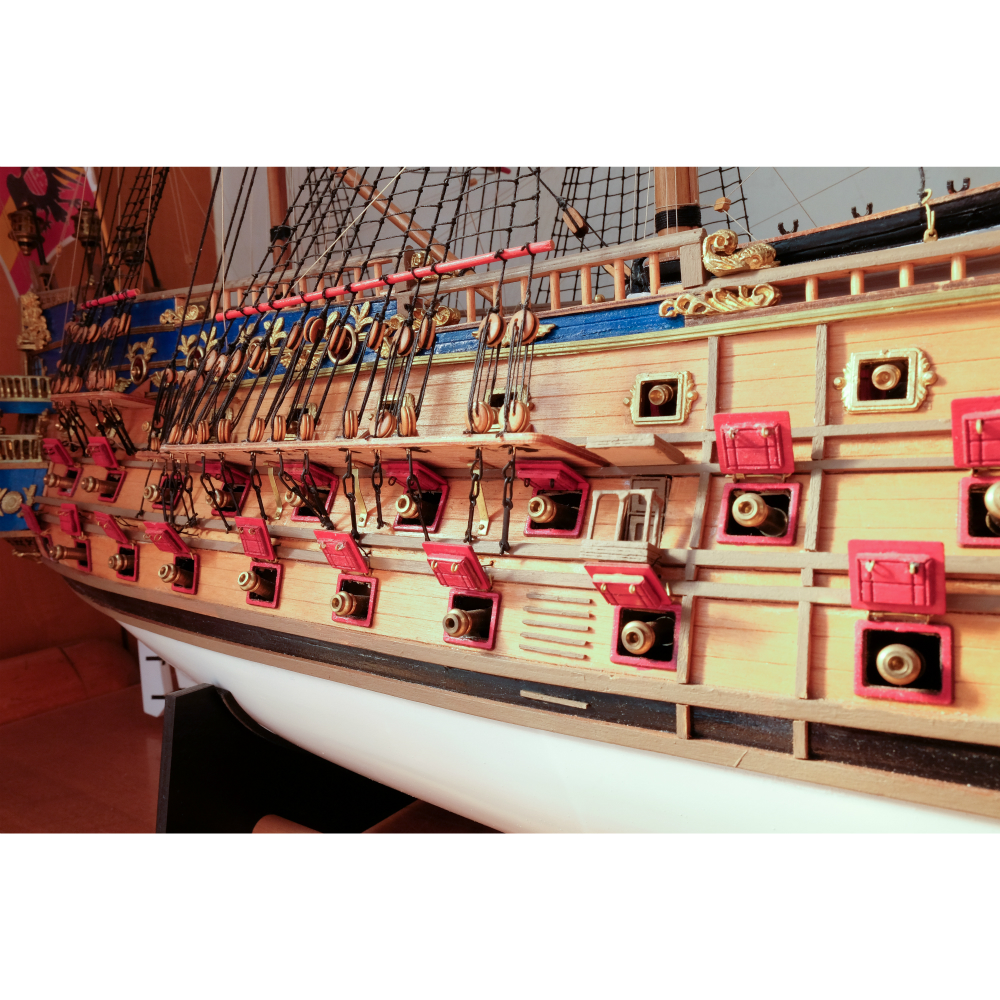 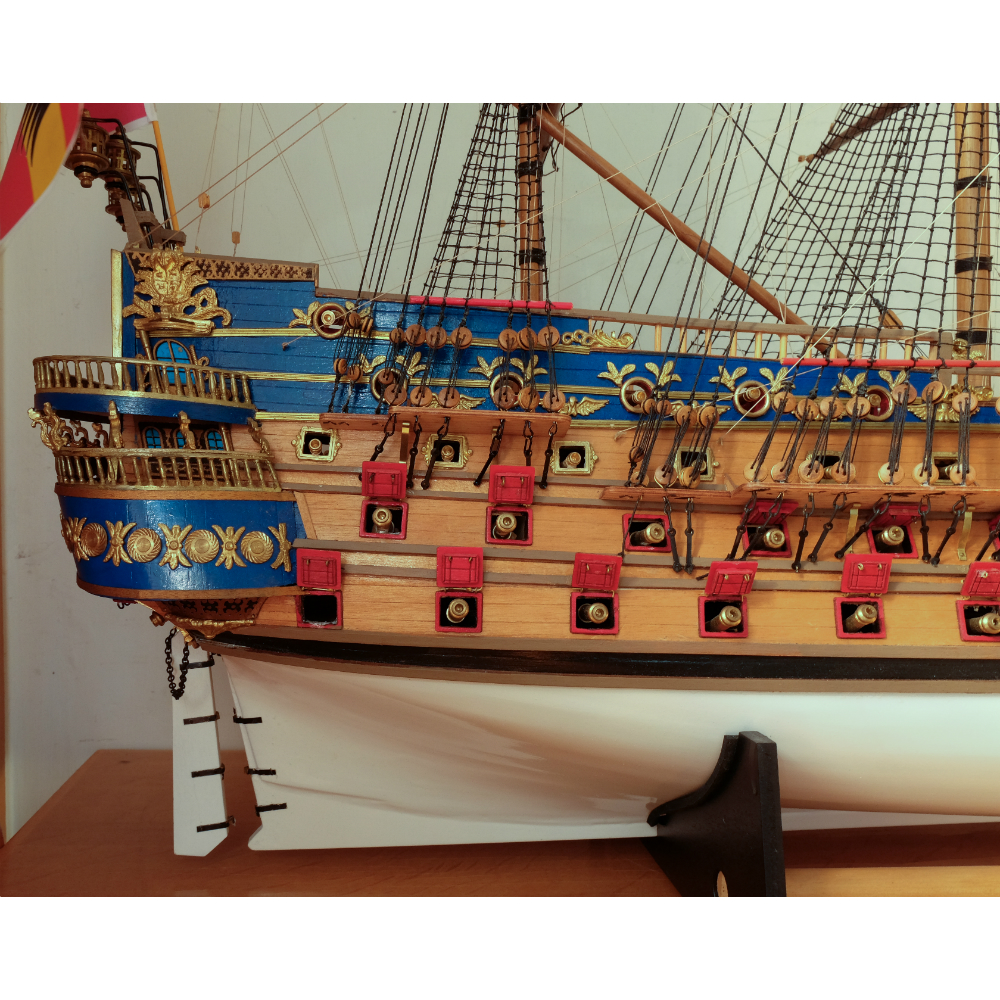 The San Felipe was one of the most beautiful Spanish ships of the 17th century. The stern was renowned the world over for the variety of beautiful sculptures adorning her. She was launched at a time when the Spanish were fighting both the mighty British and French Empires.

The San Felipe was heavily armed with 108 cannons and possessed great manoeuvrability due to the ship unusual slim design. Because of this, the San Felipe Model Ship was used to carry enormous wealth from the Spanish conquests of South America and the Caribbean, in addition to protecting their territories. Unfortunately the San Felipe came to an end in 1705, whilst fighting a protracted battle at enormous odds of approximately 36 English ships to a Spanish Fleet of 12. The San Felipe was eventually captured by the British, but suffered so much damage that she sank to the bottom of the sea with all her precious cargo.

Mantua Model UK Ltd, established in 1997 is part of one of the largest model manufacturers in the world, the Italian Mantua Group. Mantua Model Company produces also one of the largest range of high quality model ships fittings consisting of dead-eyes, blocks, stanchions and rigging ropes. Our range of model ships from Mantua is made from laser cut beach ply and walnut wood. We offer Mantua model ships for beginners as well as experienced hobbyists and building instructions are also provided.

Besides many quality wooden kits, the most famous and celebrated are the model kits of the H.M.S Victory which we offer in four different sizes, Cutty Sark or Amerigo Vespucci. Apart from the most famous historical ships, we also offer less traditional model ships from Mantua such as Mincio, Anteo or Mississippi model boats.

To view other model kits, browse our many other products or please feel free to Contact Premier Ship Models for with any questions you may have.

This Vessel Type is Frigate
Copyright © 2022. US Premier ship Models. All Rights Reserved.