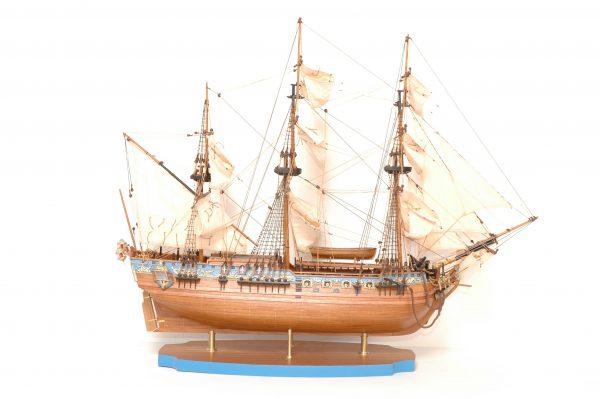 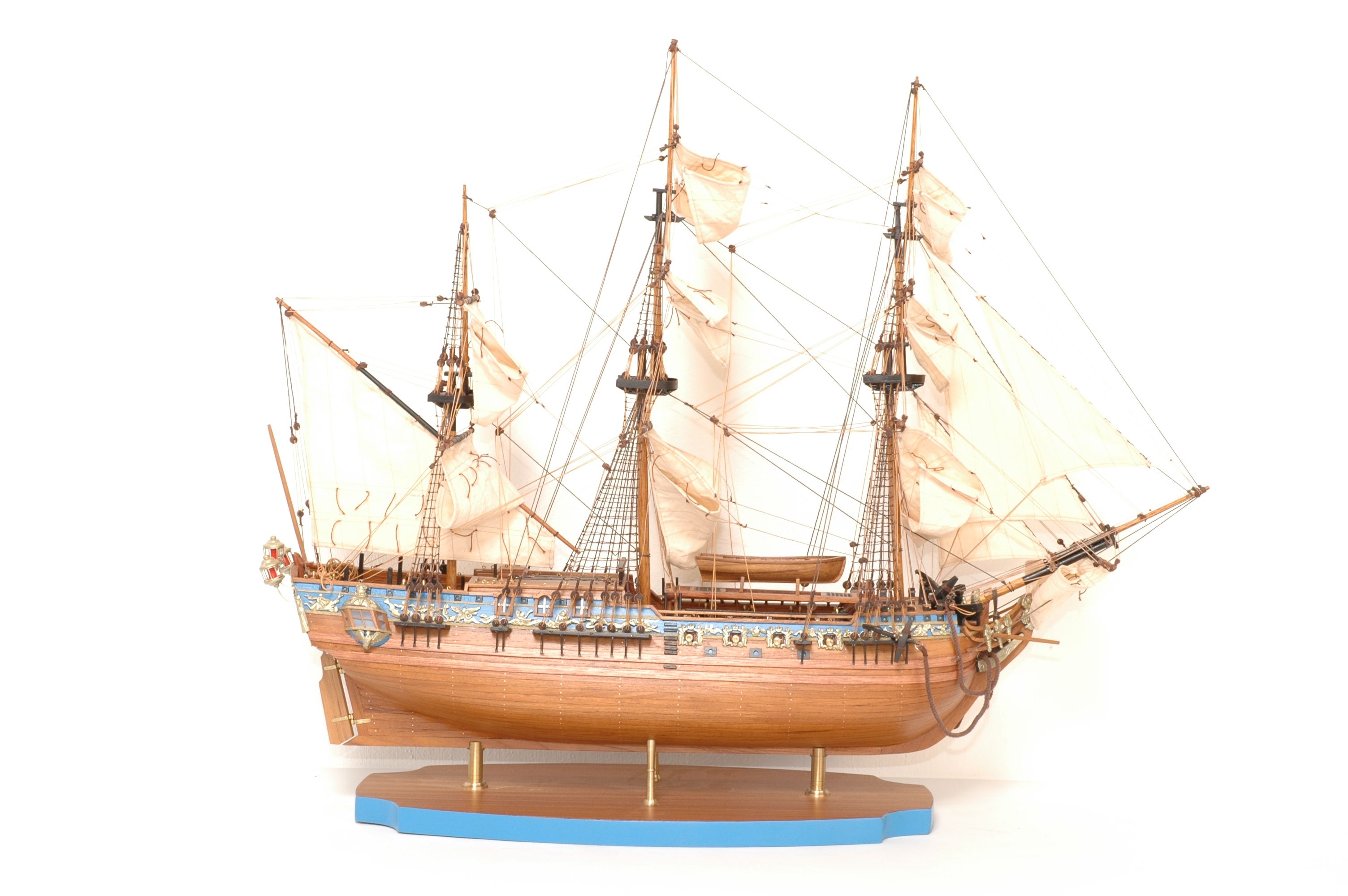 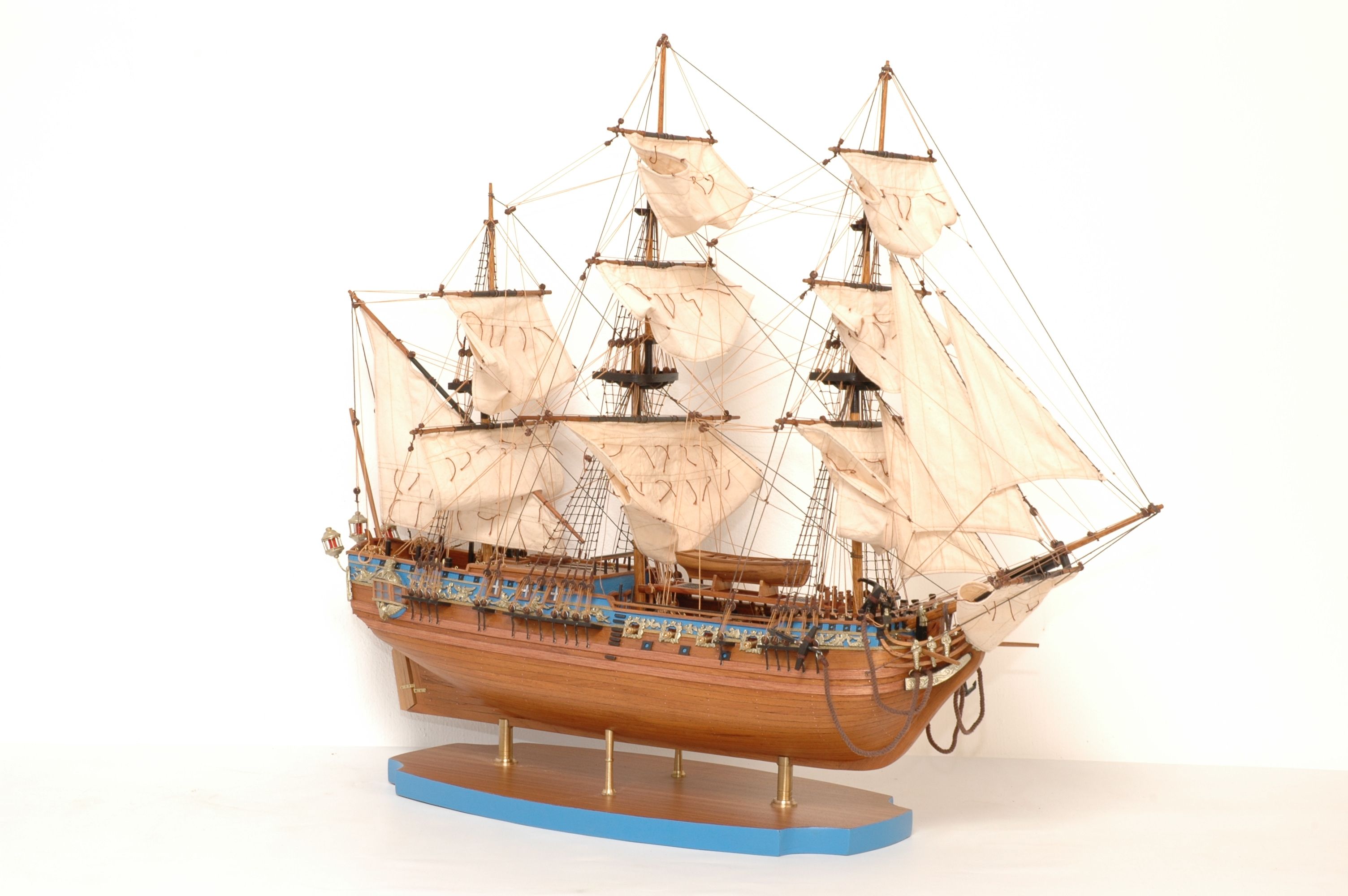 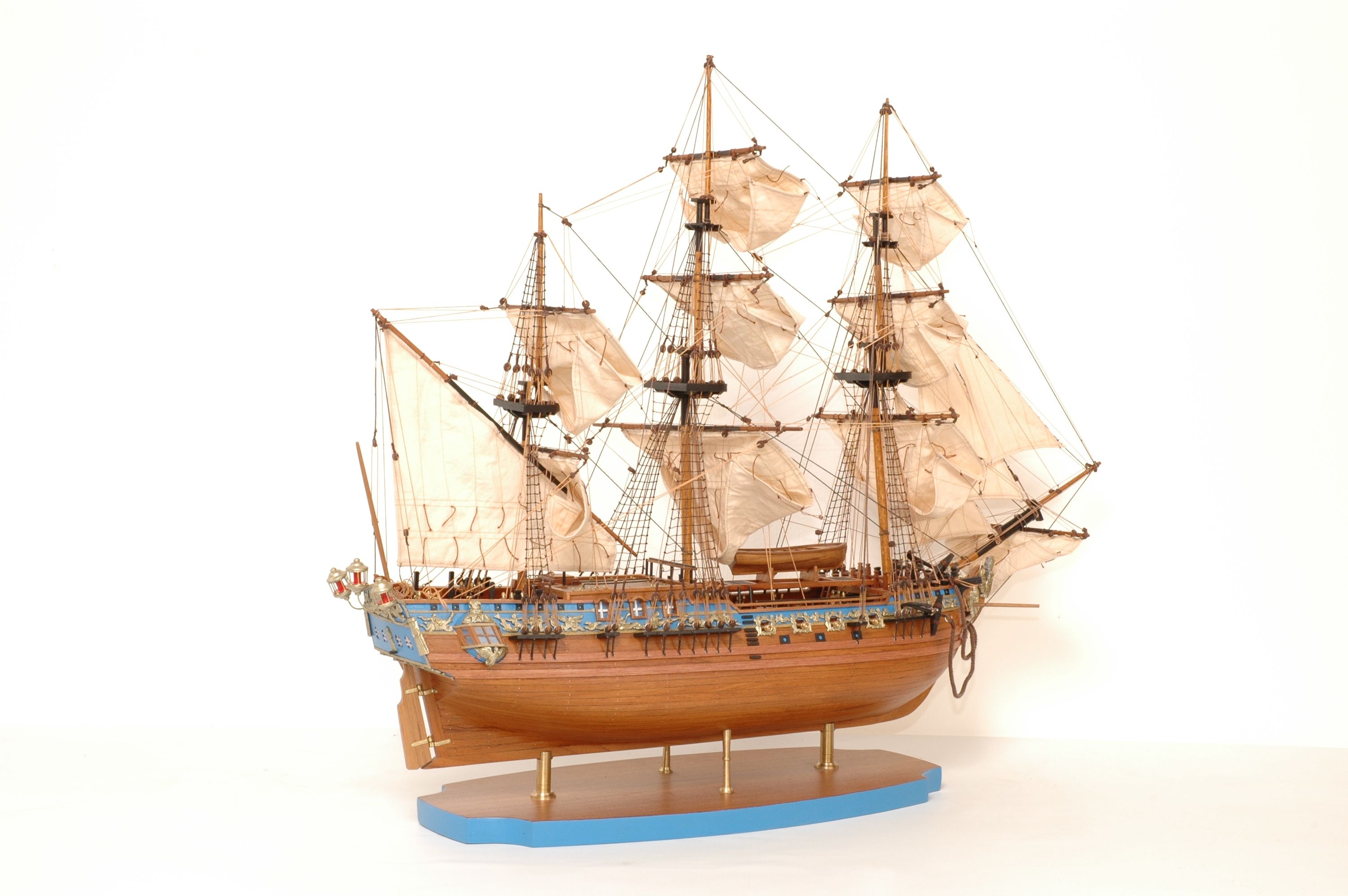 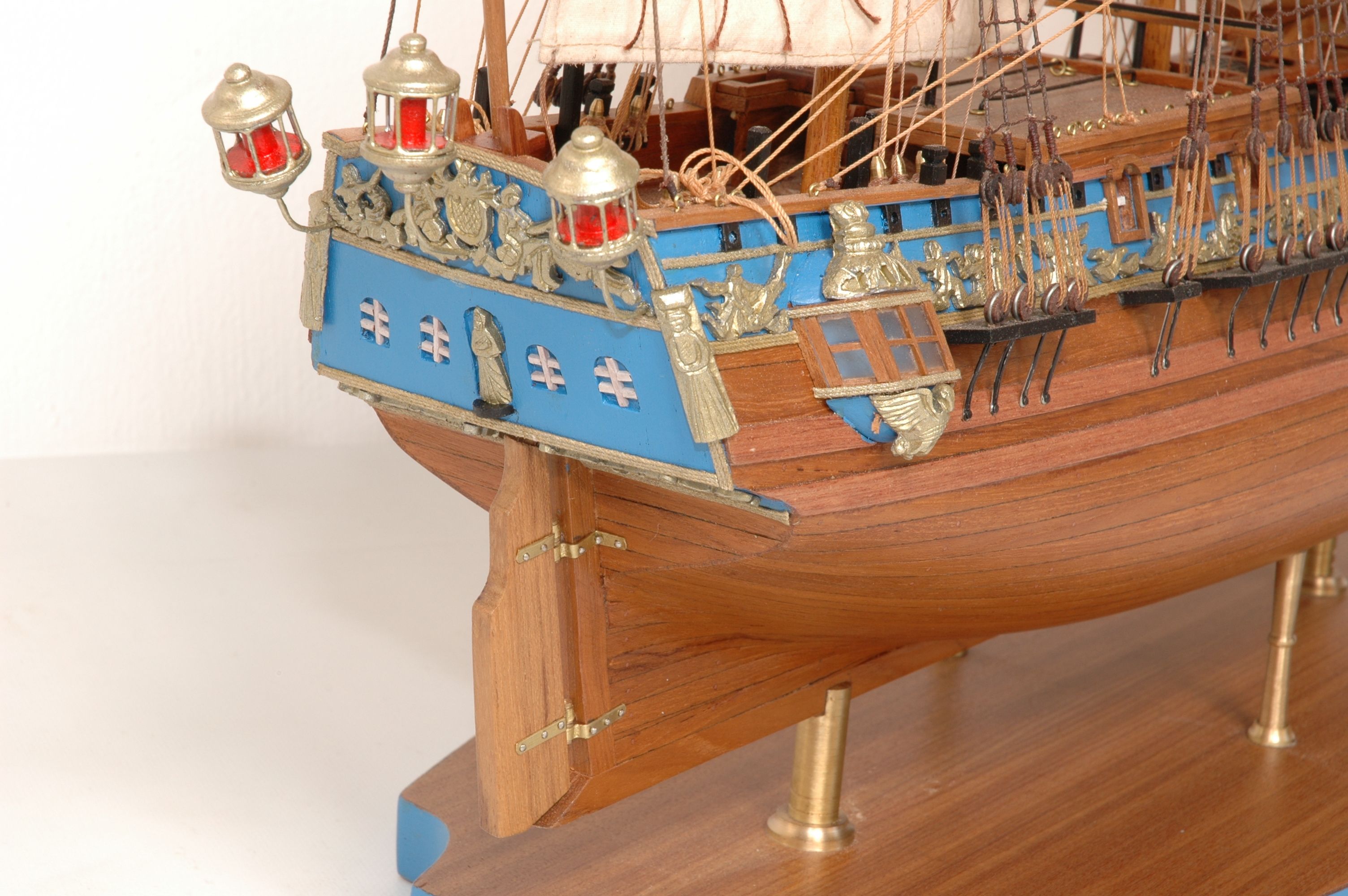 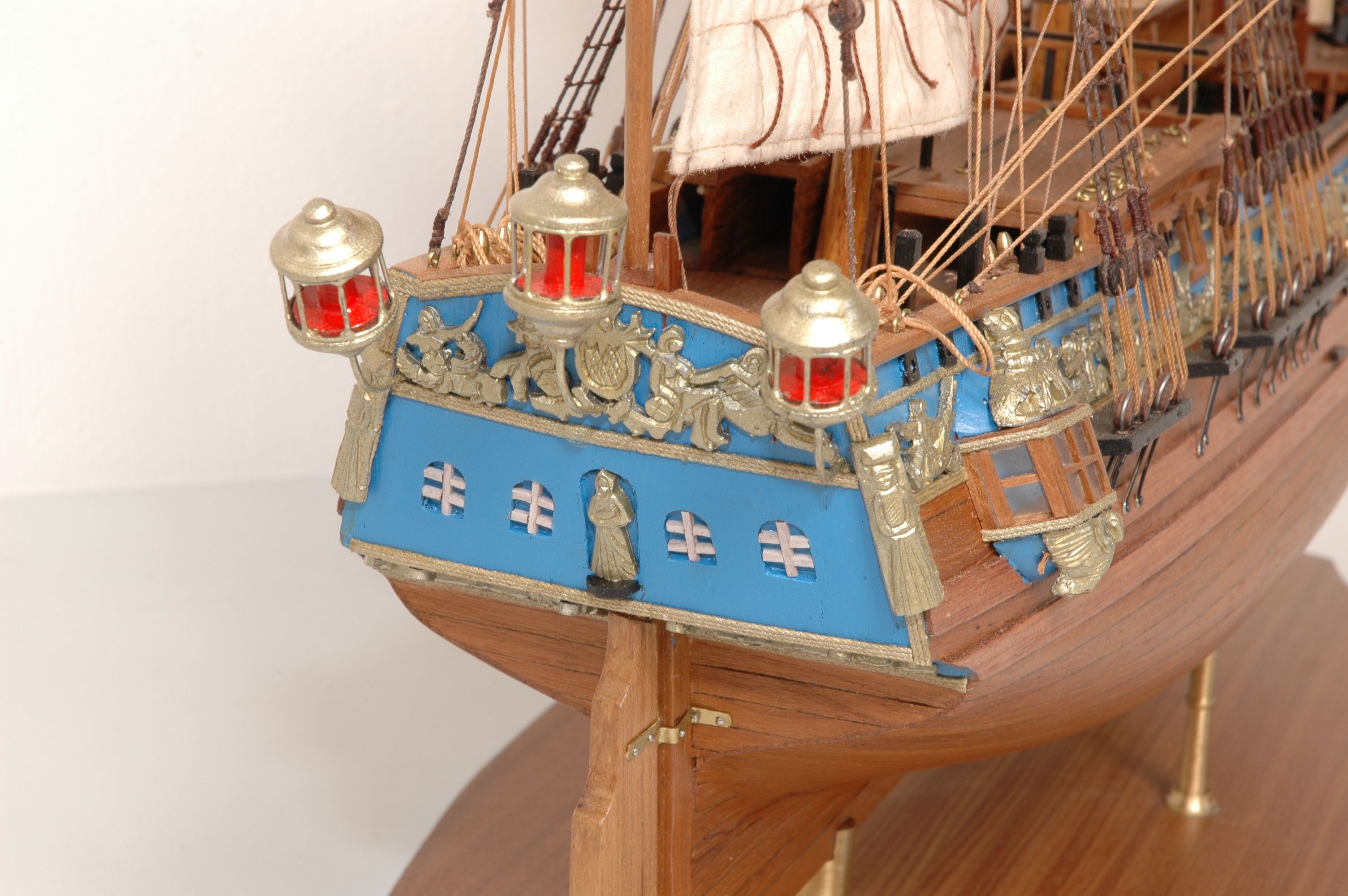 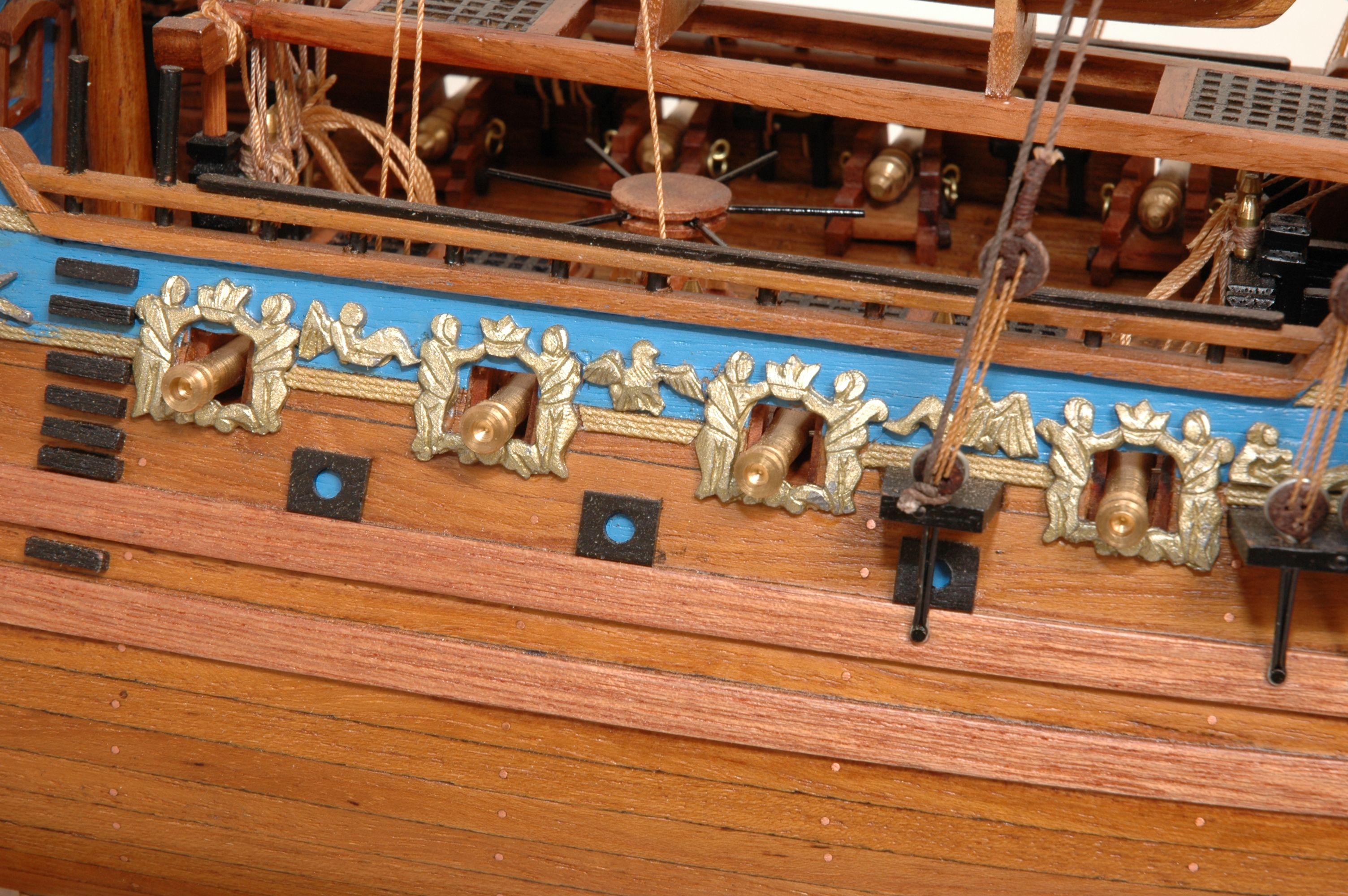 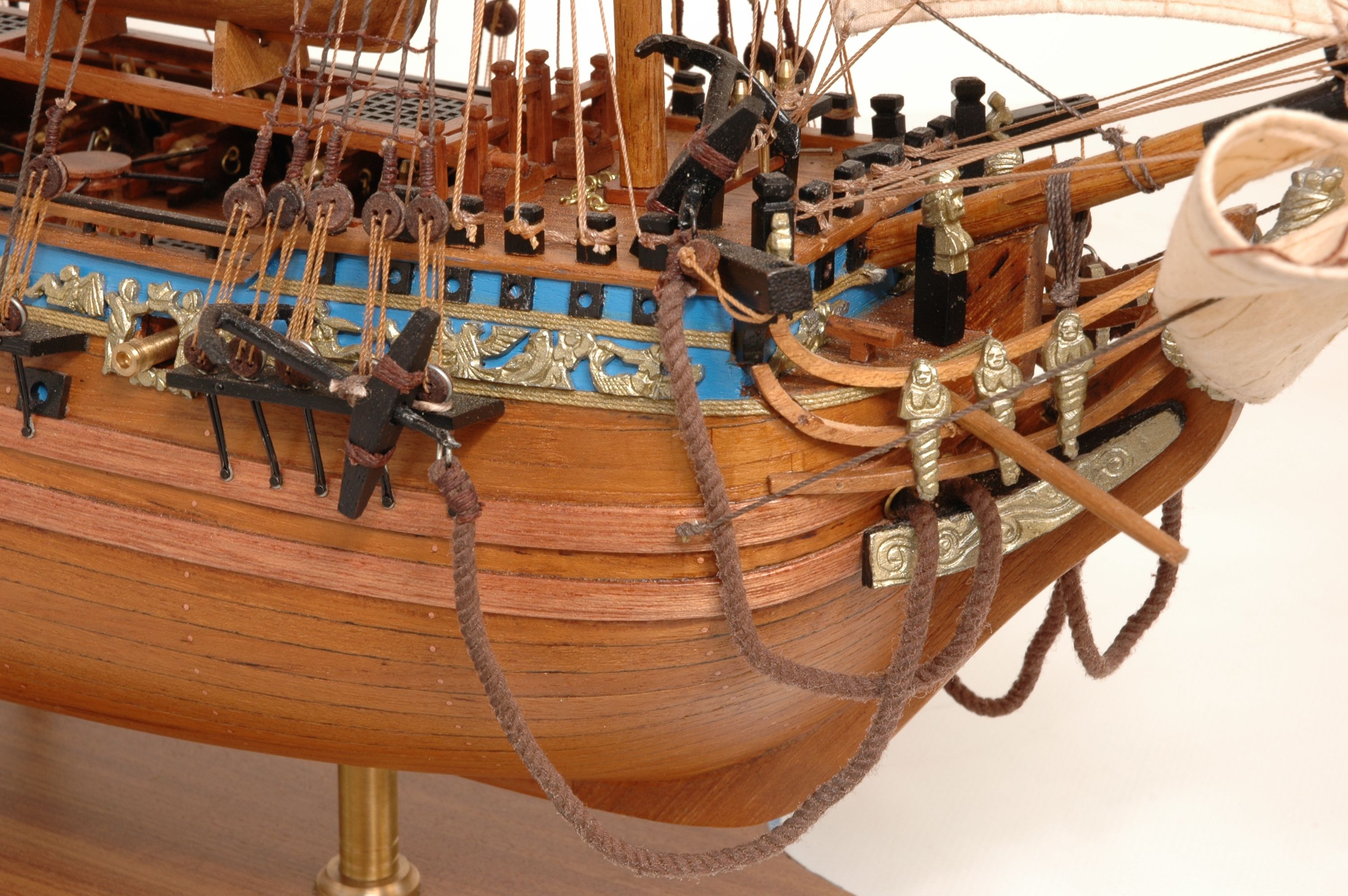 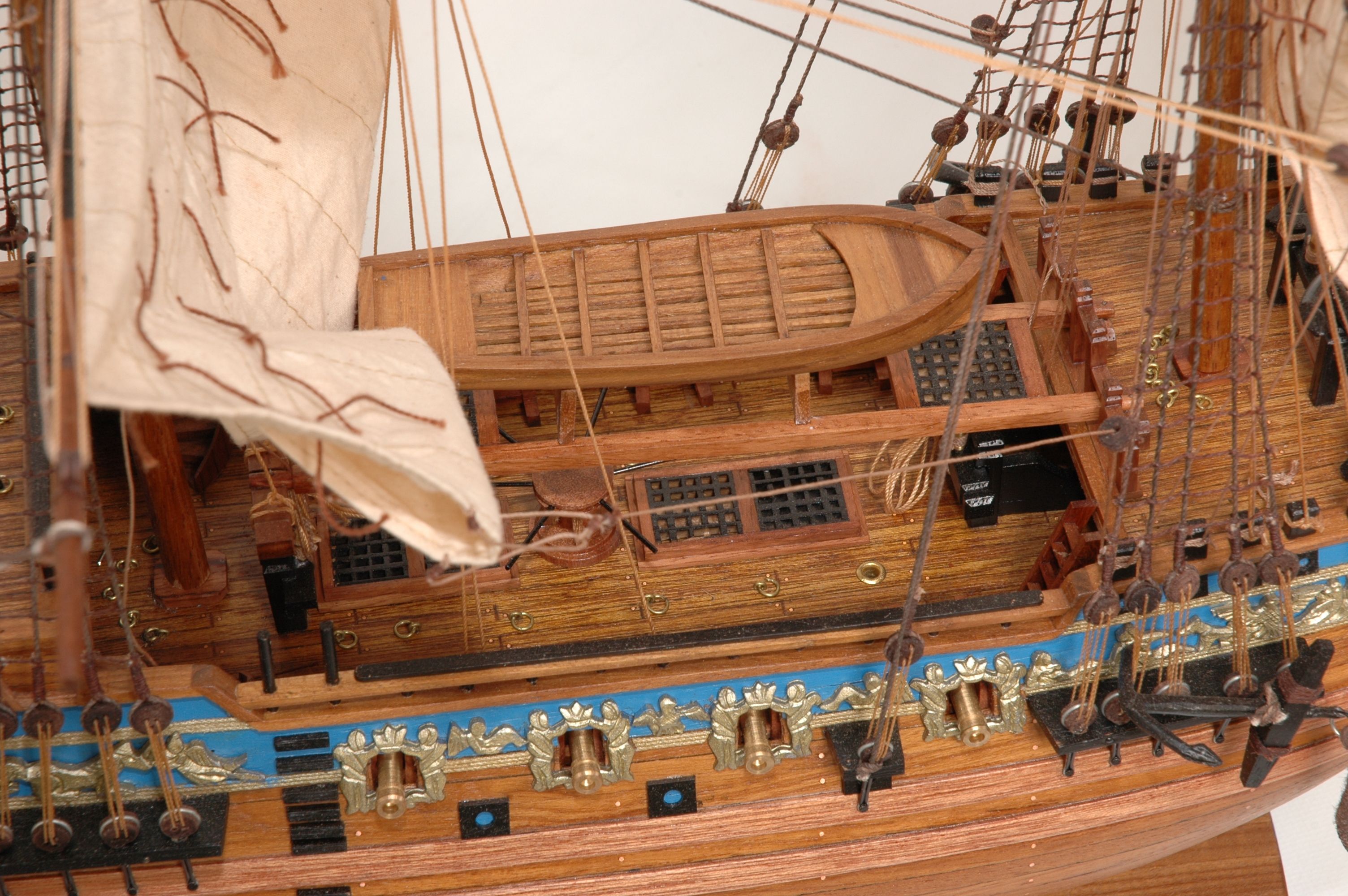 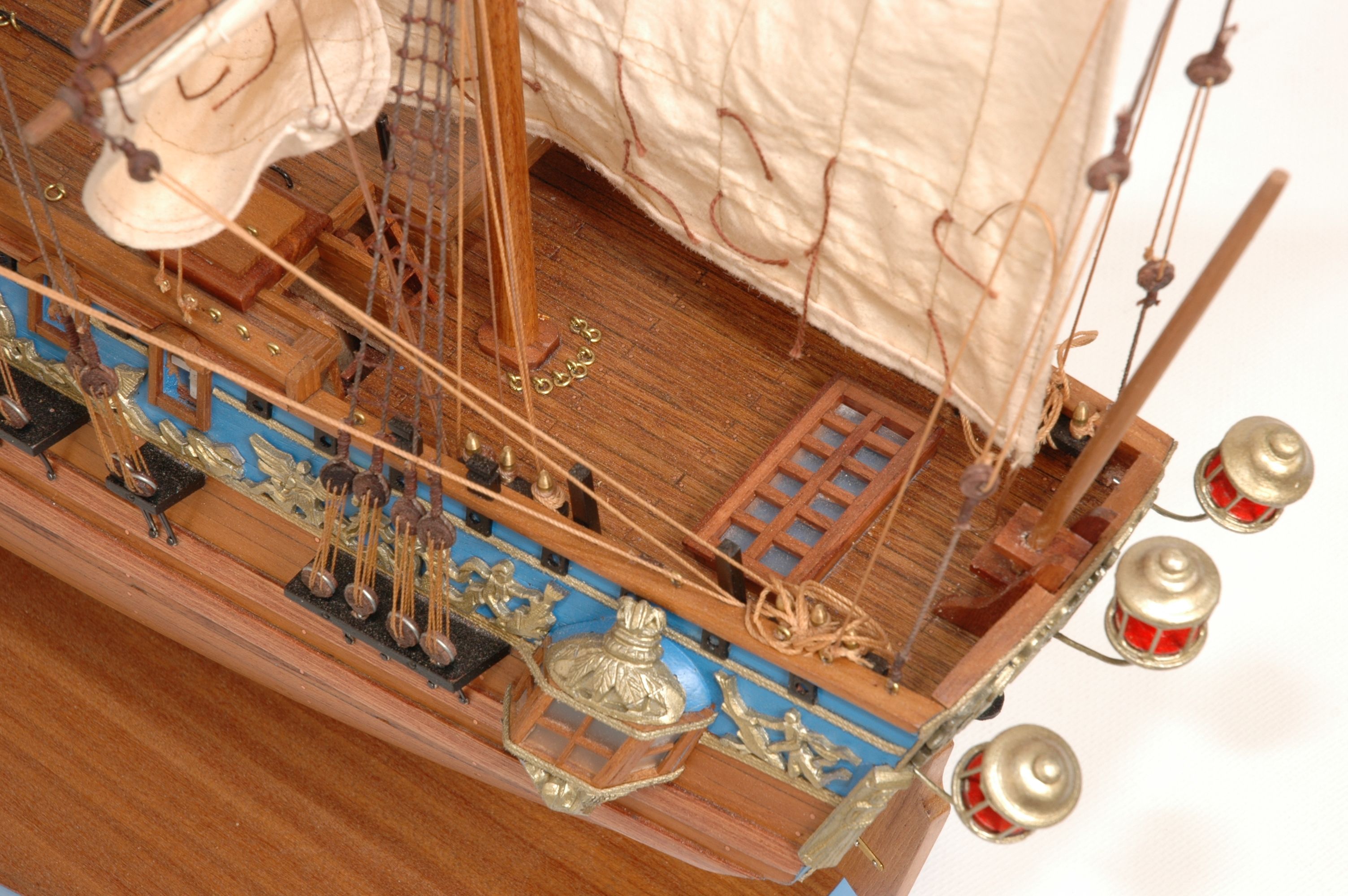 The Royal Caroline is known among ship enthusiasts for its majestic beauty even today and our model faithfully reproduces the details that make this ship so special.

The History of the Royal Caroline

The Royal Caroline was built in 1749 at Deptford. At the time England was developing into a prominent military power. The country was ruled by George II who used the Royal Caroline as the main royal yacht. The yacht was named after Queen Caroline of Brandenburg-Ansbach who was a great favourite of the king.

The Royal Caroline retained her position as the primary royal yacht even under the rule of George III. The Royal Caroline is arguably the most elegant royal yacht ever built,,and also shows a crucial stage in the refinement of ship building technology. Safer and more stable designs were developed gradually and the royal yacht influenced them as many prominent elements of her design were incorporated in ship designs from 1750 to 1800.

Royal Caroline model ships can be bought from Premier Ship Models and this model would surely prove to be a grand inclusion in your collection of model boats. We also offer other historic and modern vessels ready-made to high standards, or in kit form.