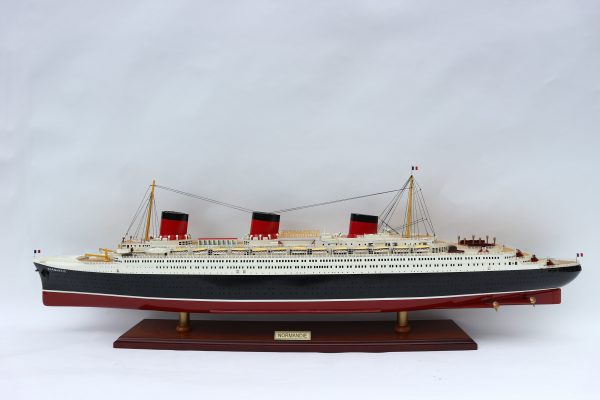 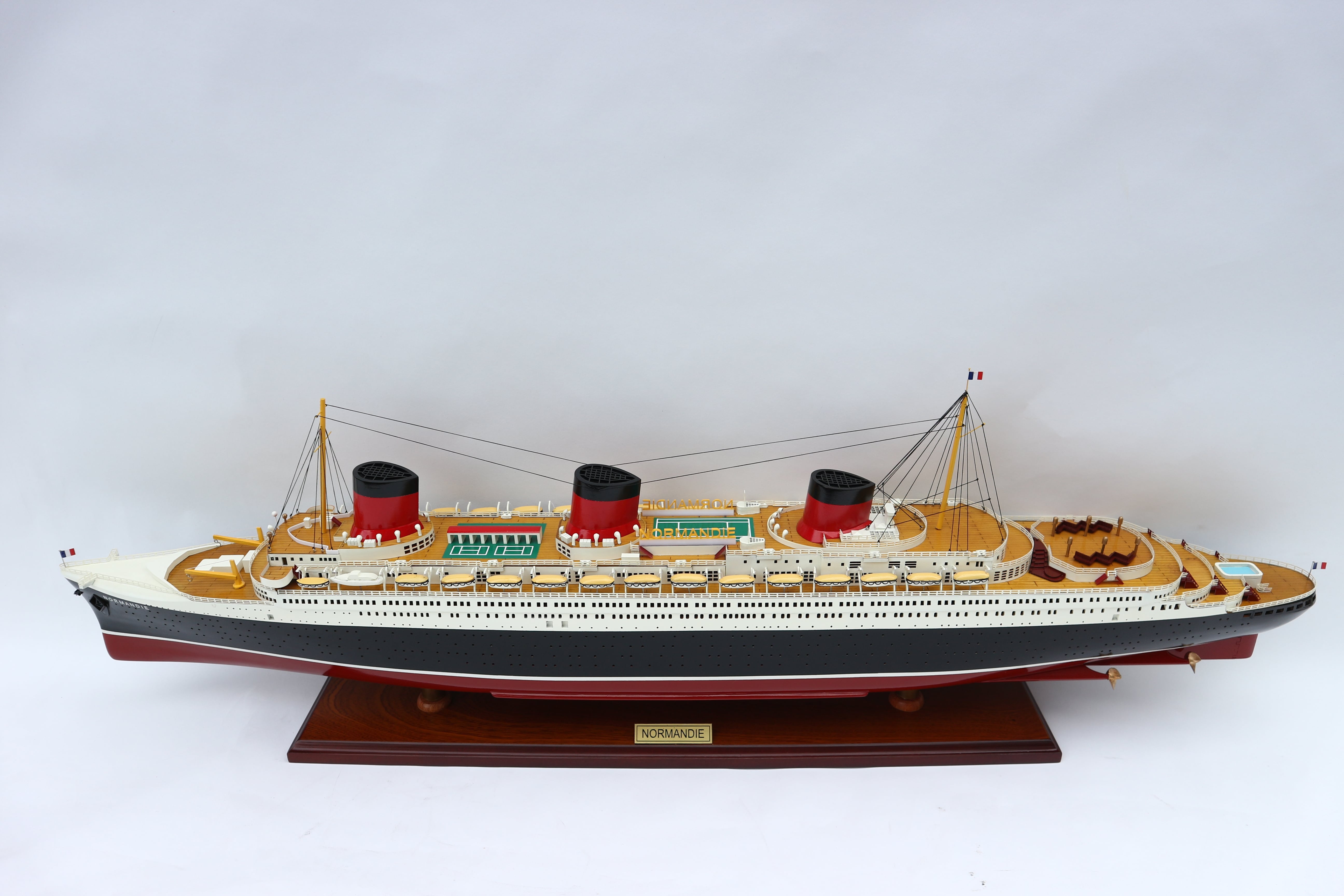 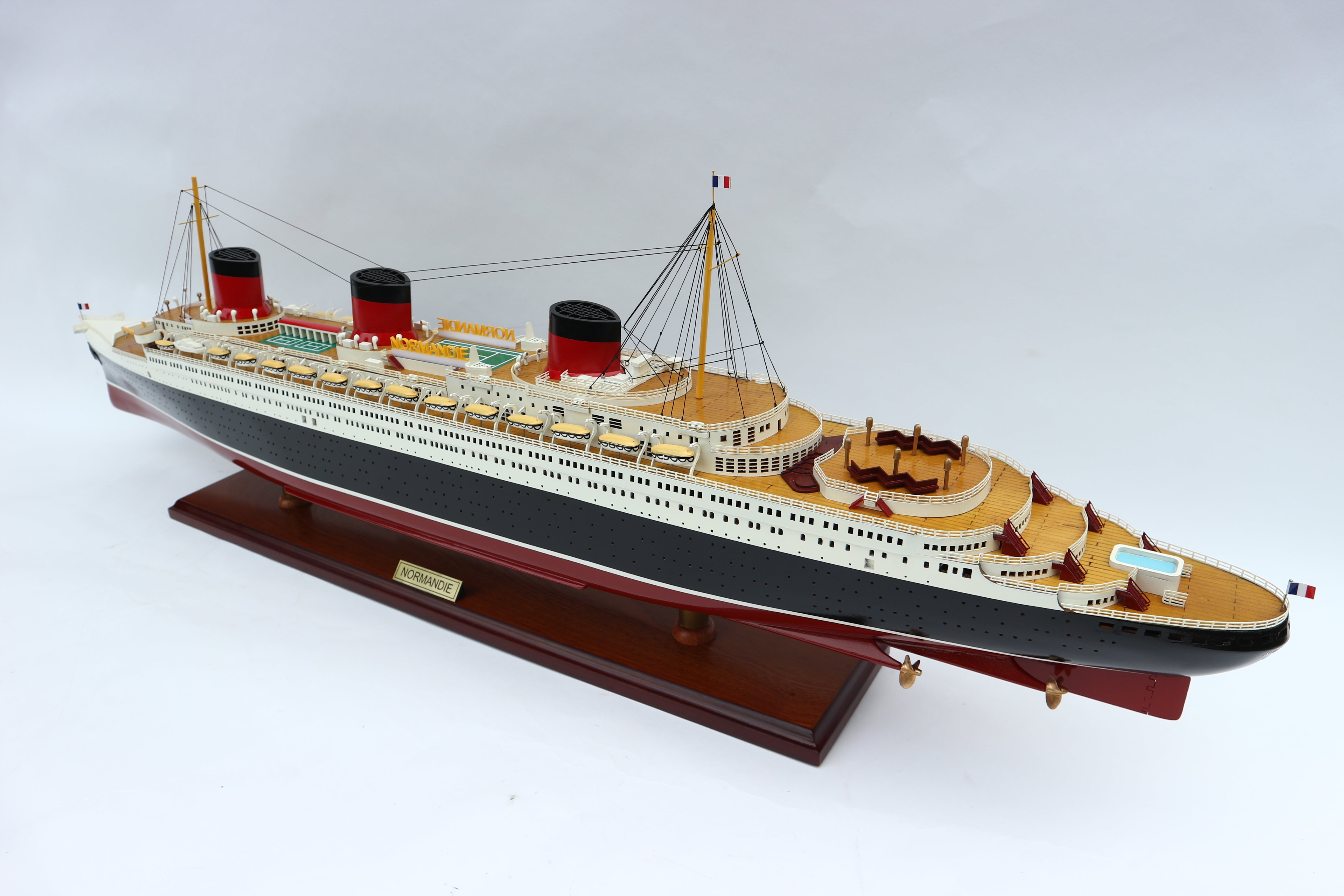 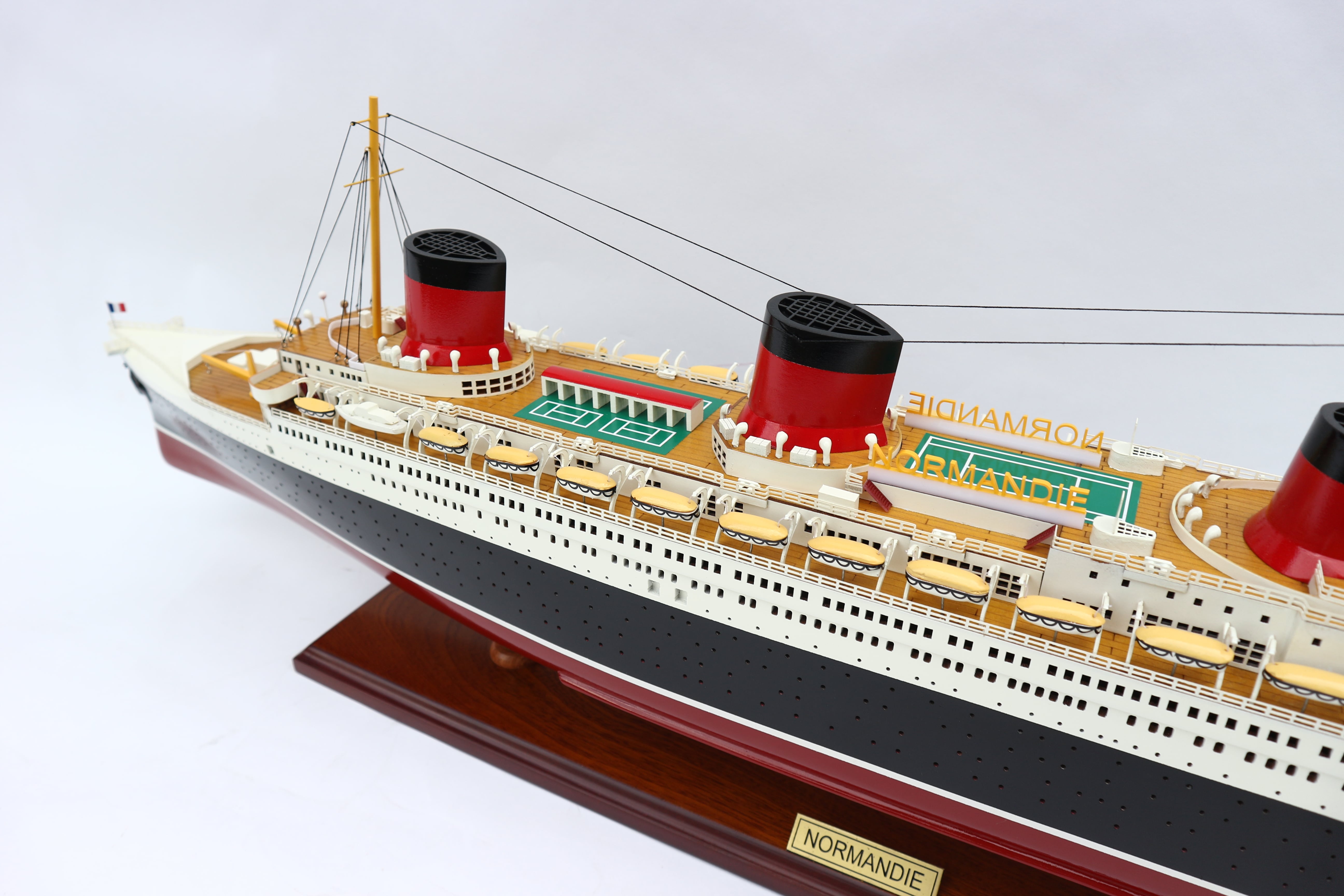 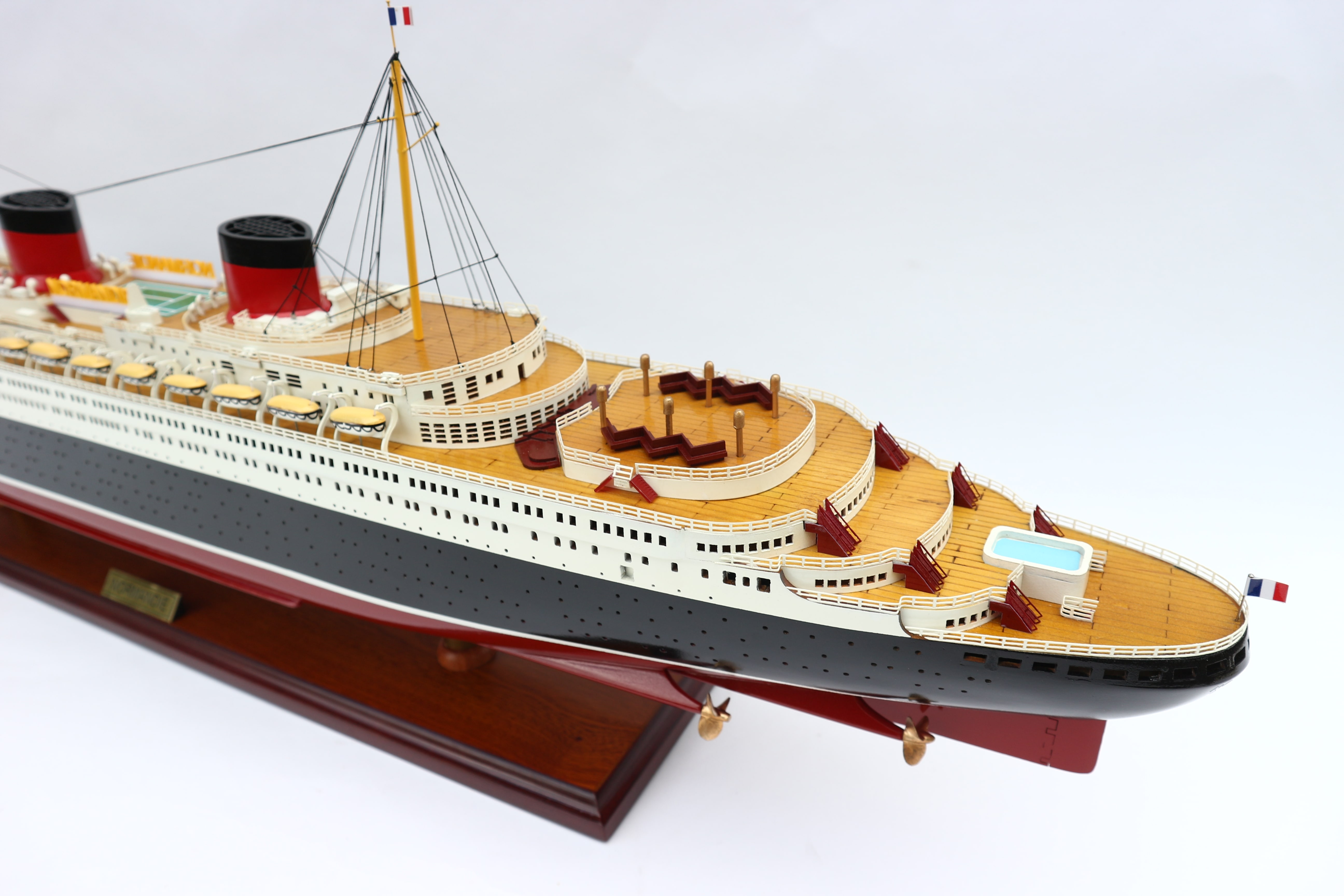 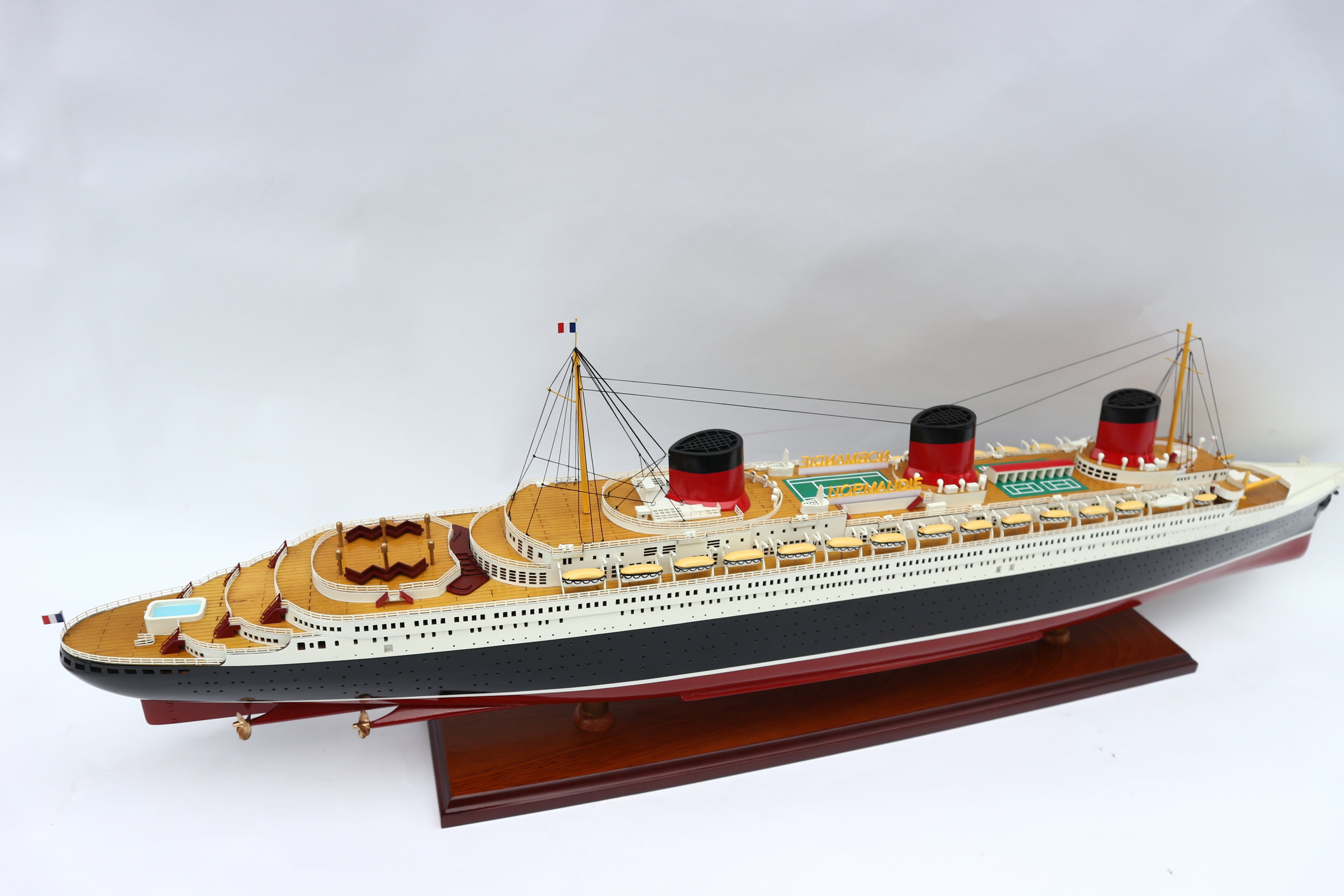 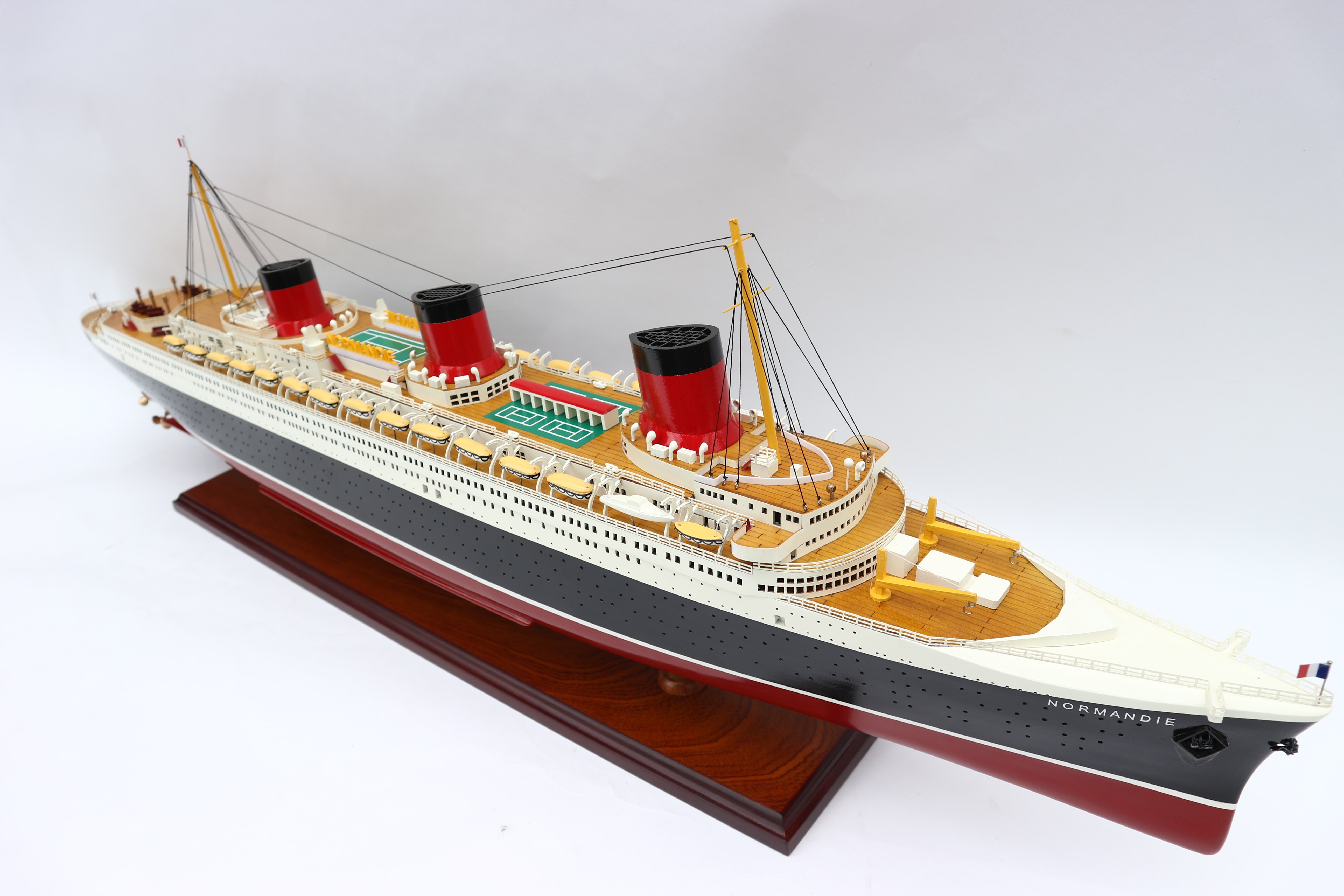 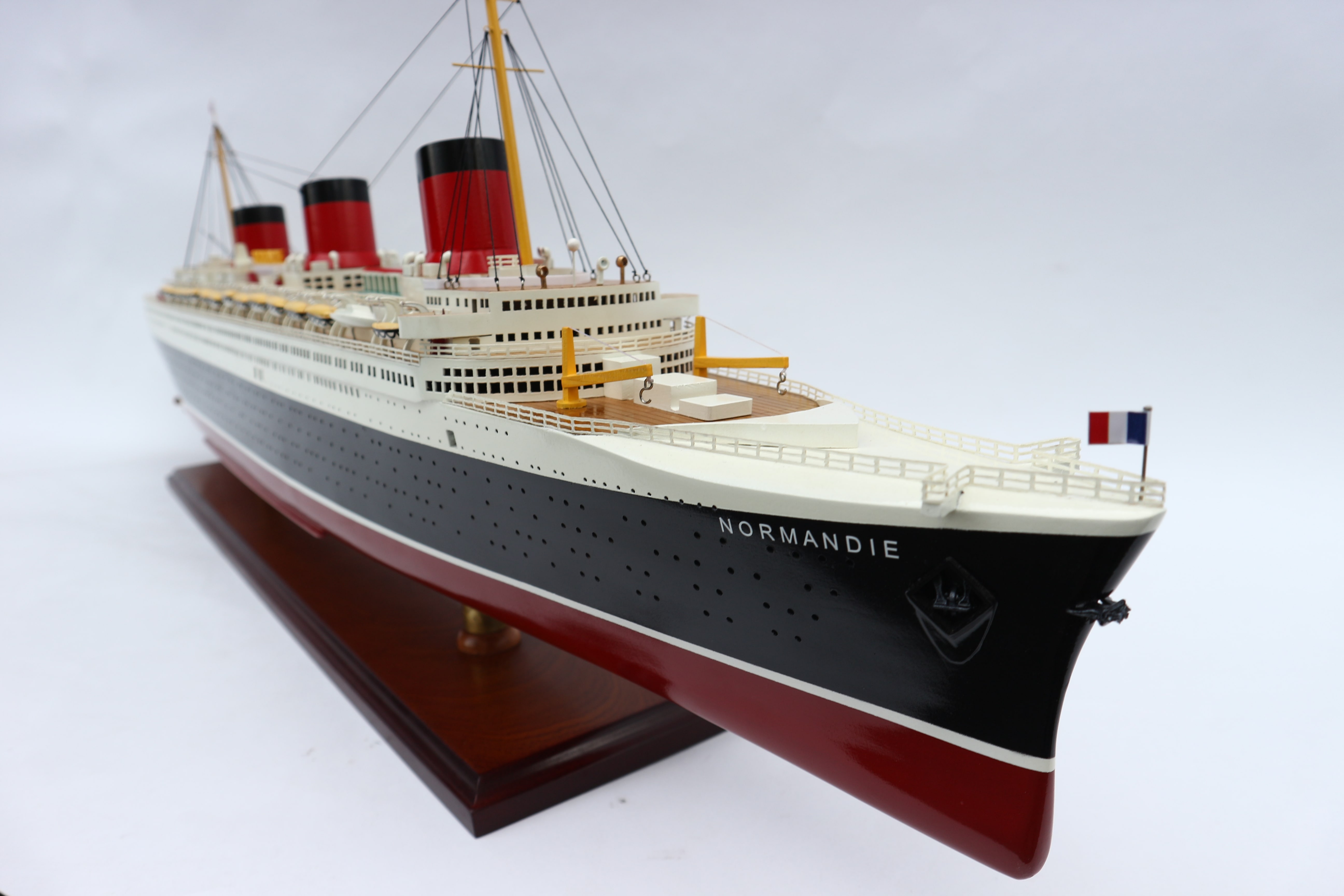 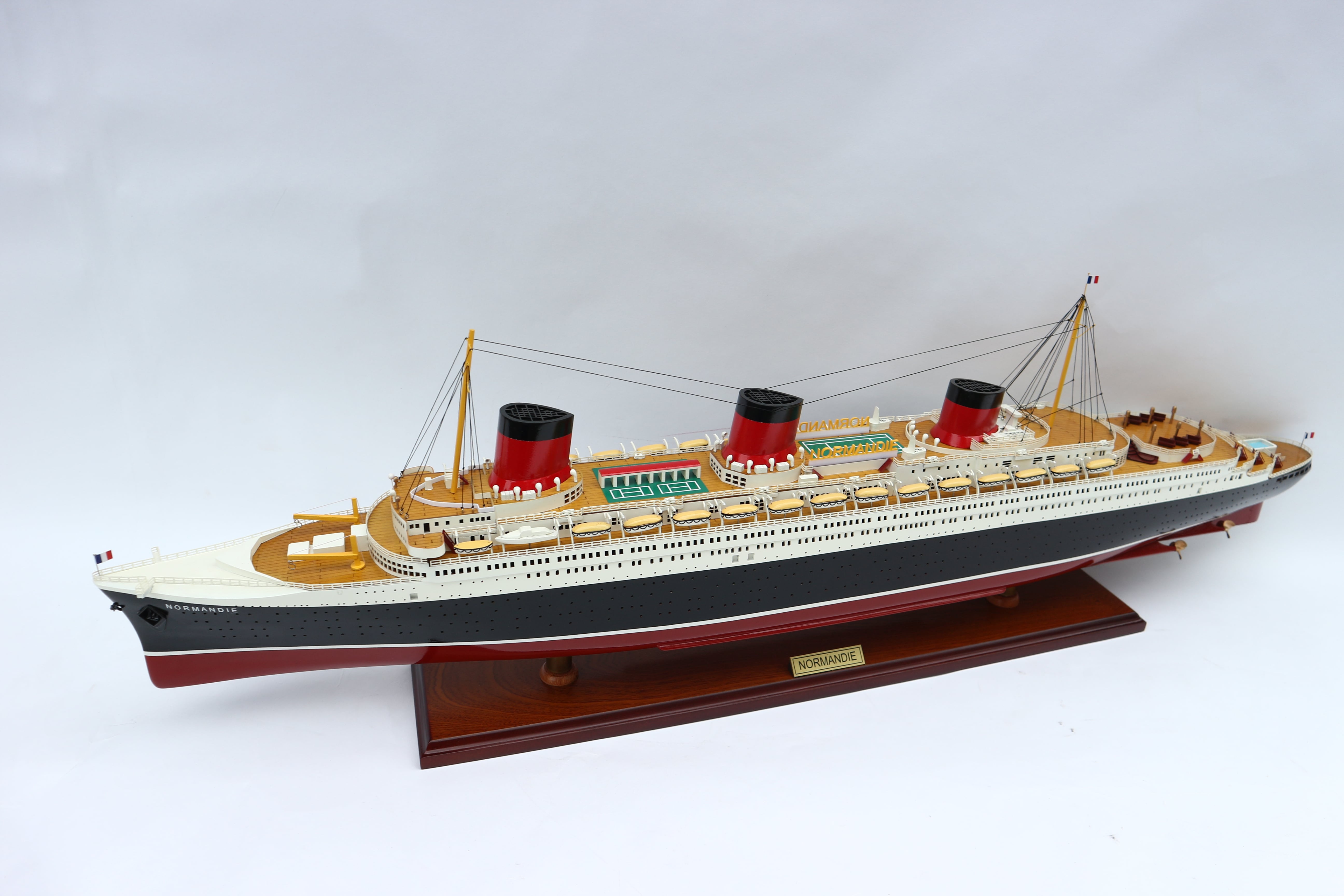 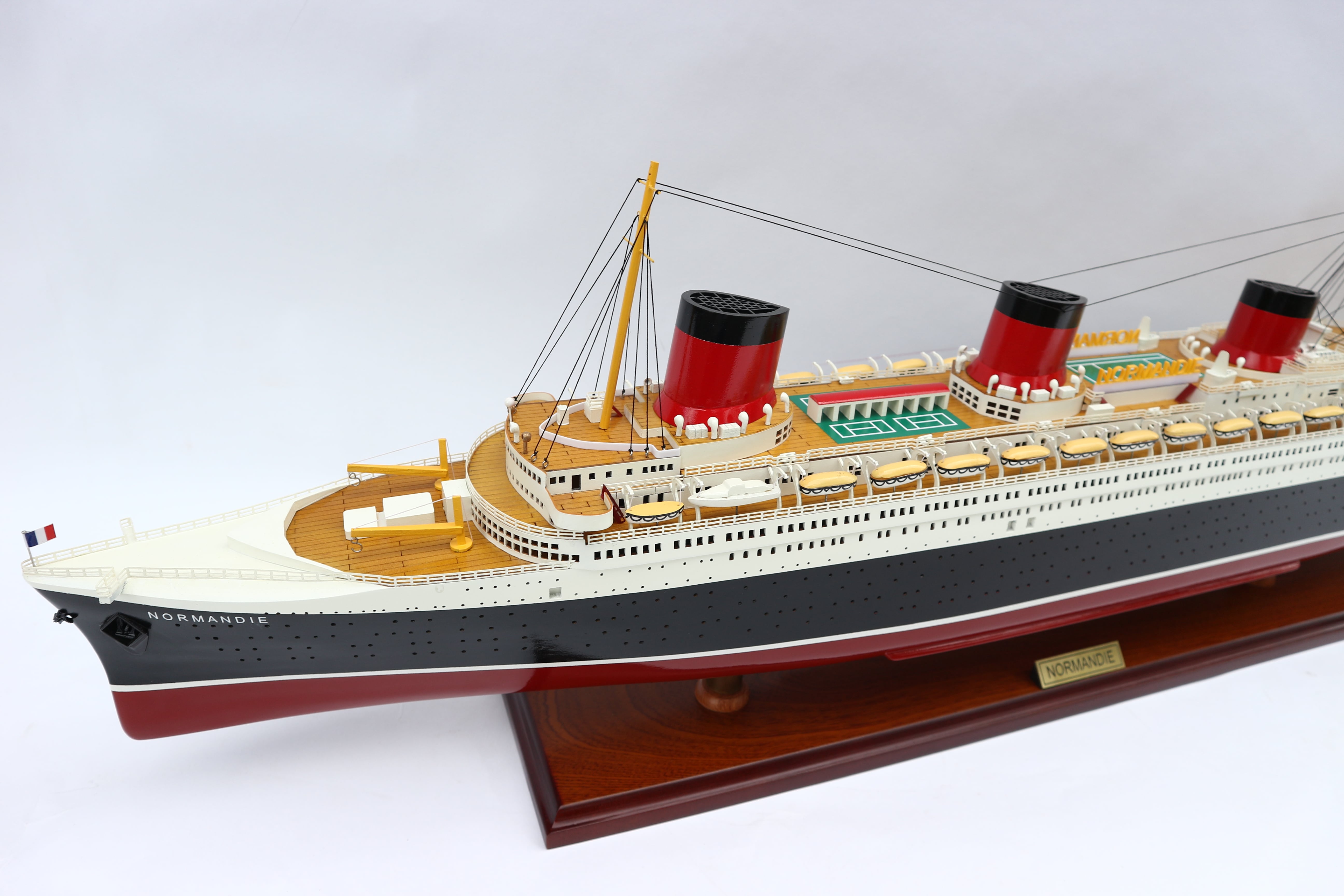 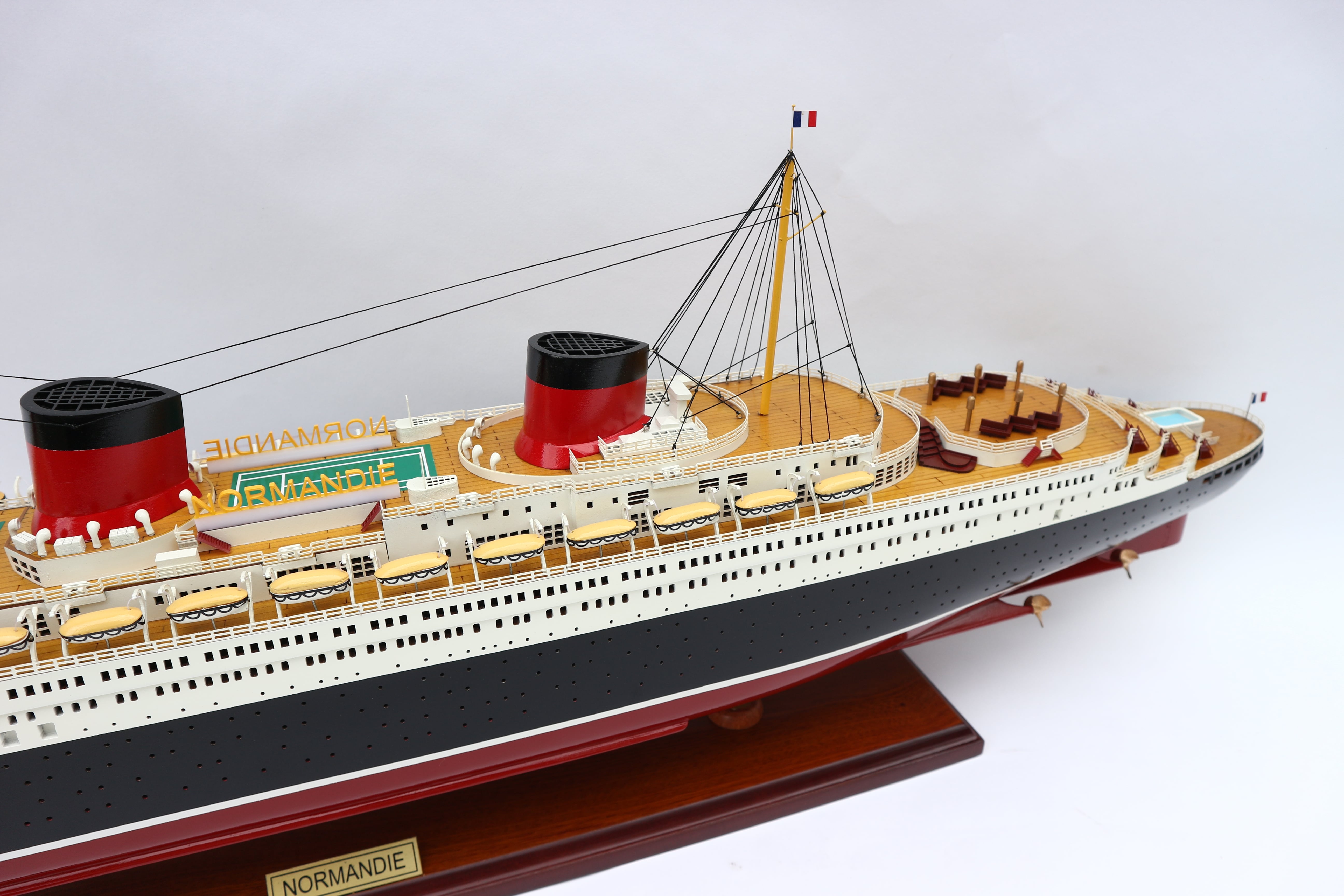 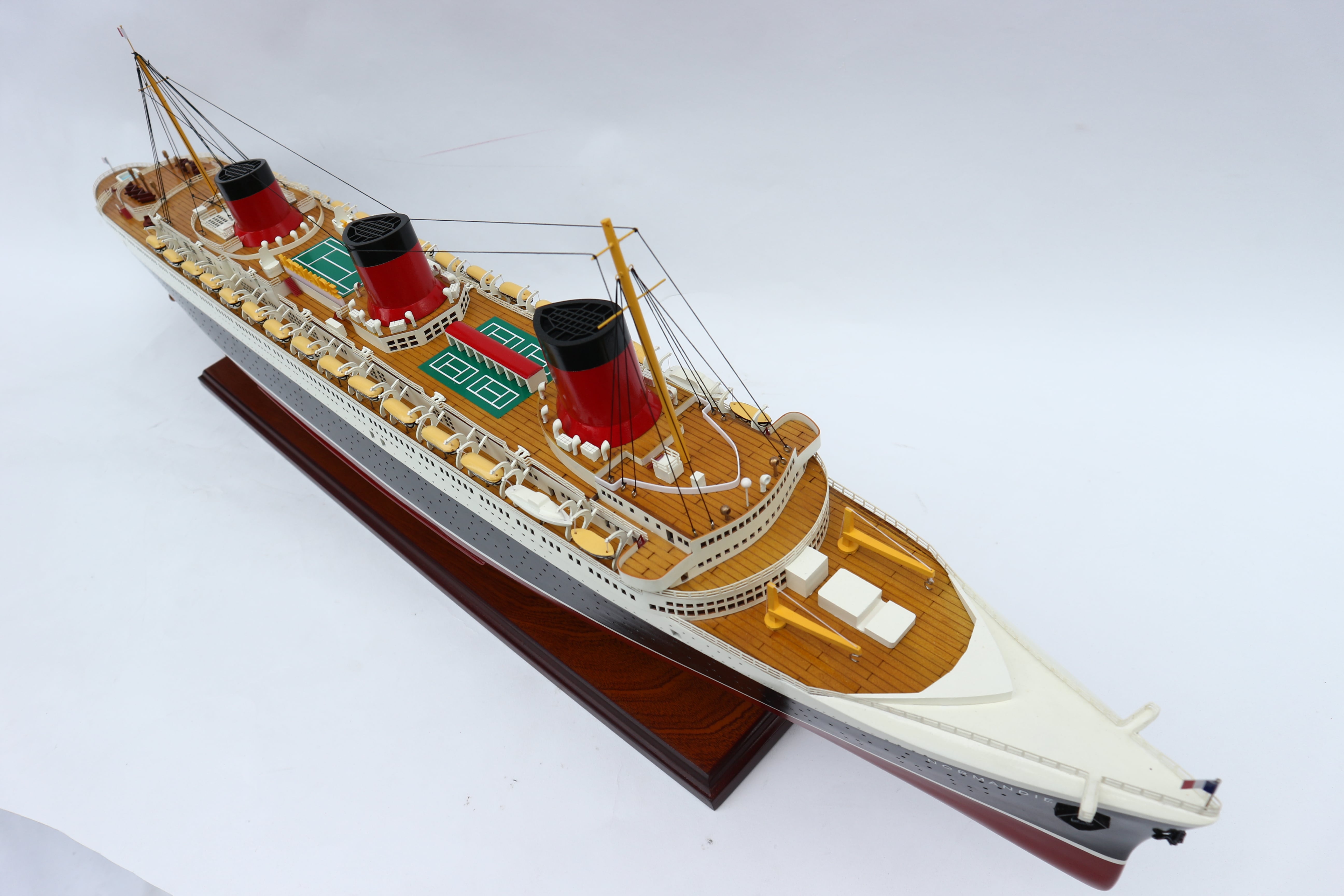 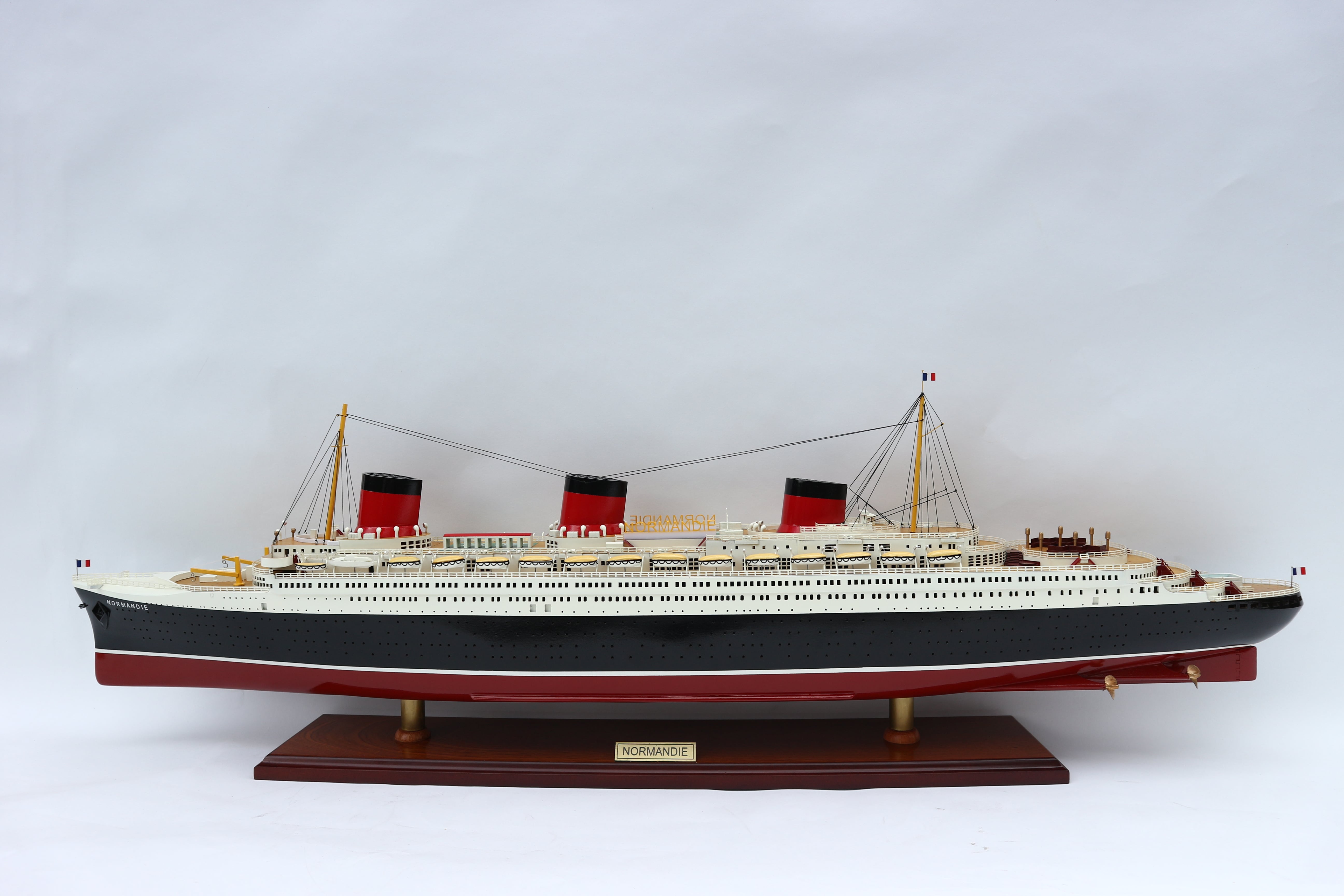 About the SS Normandie

The SS Normandie entered service for the French Line Compagnie Générale Transatlantique (CGT) as one of the largest and fastest passenger vessels She was constructed in Saint-Nazaire, in France has has since retained her title for one of the most powerful steam turbo-electric-propelled passenger ship ever built. She was awarded with the Blue Riband at several points during her career, for holding a record speed across the Atlantic.

Throughout her career the SS Normandie made 139 trips across the Atlantic from her home port of Le Havre to New York. However, during World War II, she was seized by the US Authorities and renamed to USS Lafeyette. While she was being converted into a troopship, she caught fire and capsized. Although she was salvaged, repairing her was concluded to be too much of an expense and she was scrapped in October 1946.

The SS Normandie model ship has been constructed in detail and is mounted on a solid wooden base with brass name plate. This model would make a stunning addition for any space. 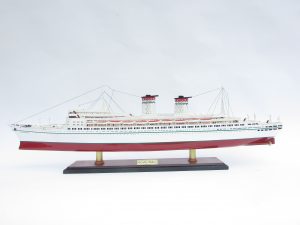 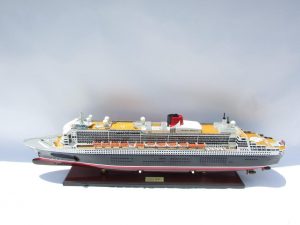 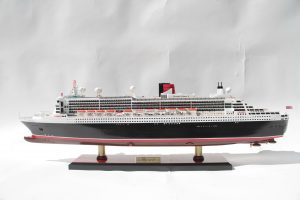 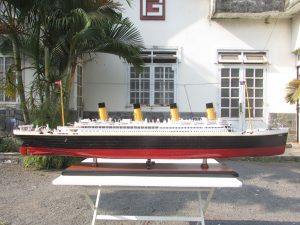 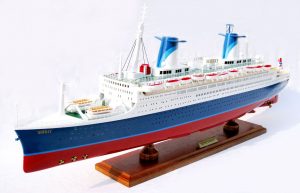