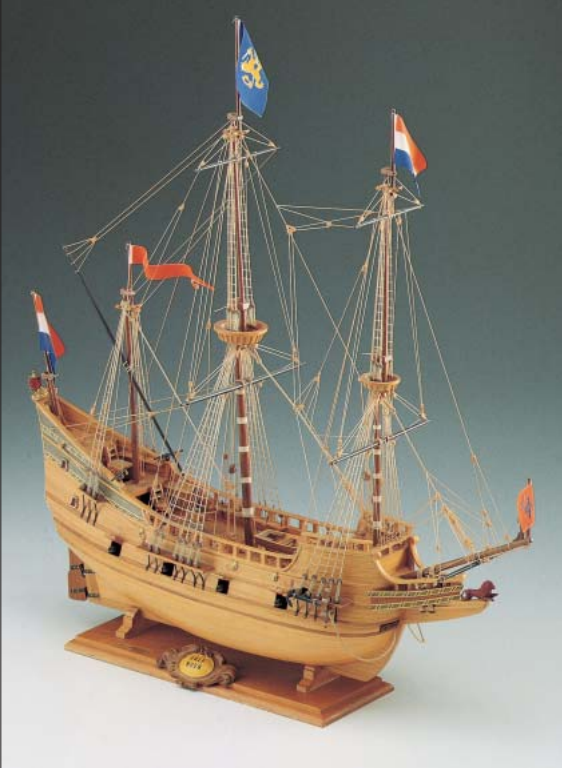 In September 1609, the Dutch-commissioned vessel ‘Halve Maen’ (meaning Half Moon in English) reached the Hudson River after a voyage that took them to the New World, under the instruction of the Dutch East India Company.

The ship was captained by Henry Hudson, who was born in England around 1565. After crossing the Atlantic, the Half Moon first reached land at latitude 41° 43’. Captain Hudson originally thought this location to be unclaimed, and thus named it New Holland, but eventually discovered that they had landed at Cape Cod.

From there, the journey took them north, the Half Moon and her Captain successfully navigating Chesapeake Bay and then Delaware Bay. Subsequently, they reached the mouth of the Hudson River, which the Captain named Mauritius River in recognition of the Dutch Lord-Lieutenant Maurits.

After sailing up the river and reaching modern-day Albany, New York, Captain Hudson decided to turn around and sail back, deeming the river too narrow to navigate. He named the natives living on either side of the estuary Manahata. What Captain Hudson didn’t know is that he had successfully navigated the islands of what we know now as Manhattan and Long Island. He reached the Atlantic and sailed back to Darmouth, England.

In 1618, the Half Moon ship was destroyed after an attack from the English on Jakarta in the Dutch East Indies.

The Half Moon was a ‘vlieboot’, which was similar to a carrack, a three or four masted sailing ship developed during the 15th Century. These types of vessels were most commonly used amongst Europeans for the purposes of exploration.

Their size made them ideal for ocean voyages, with the large hull providing stability in ocean waters and storage space allowing for the holding of cargo and provisions. The square-rigging on the foremast and mainmast provided generous speeds, whilst the lateen-rigging on the mizzenmast allowed for greater manoeuvrability.

Two replicas of the Half Moon have been built, one in 1909, which was built by the King of Netherlands and given to the United States to mark the 300th anniversary of Hudson’s Voyage. The other replica was built in Albany, New York, in 1989.

This kit was built by the Italian manufacturer Corel, who have a fine reputation amongst model makers for their high quality and accurate scale replicas, typically of historical vessels. Corel have been trading for many years and have a good rate of satisfaction amongst our customers. If you would like to view other ship model kits by them, please click here.

All building instructions come in English and all parts needed to build the boat are provided in the kit. The only exception is tools are not included; please click here if you would like to view our offering of tool kits.