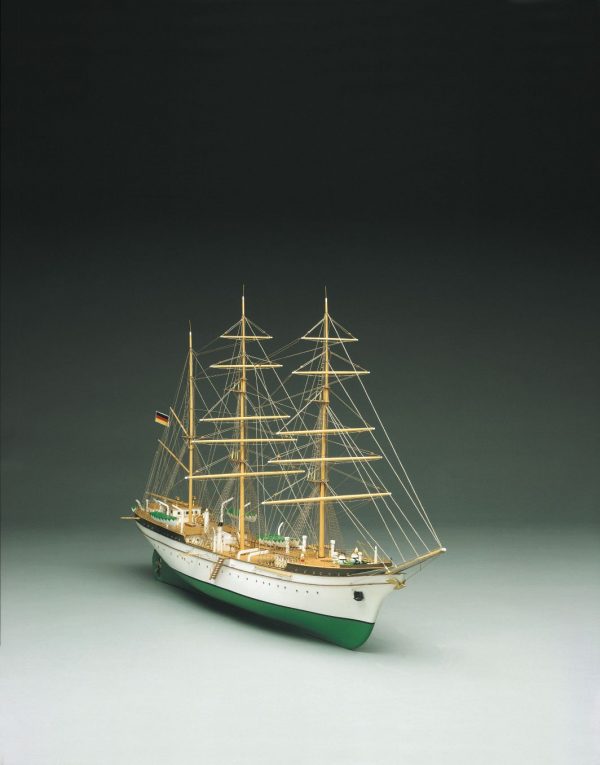 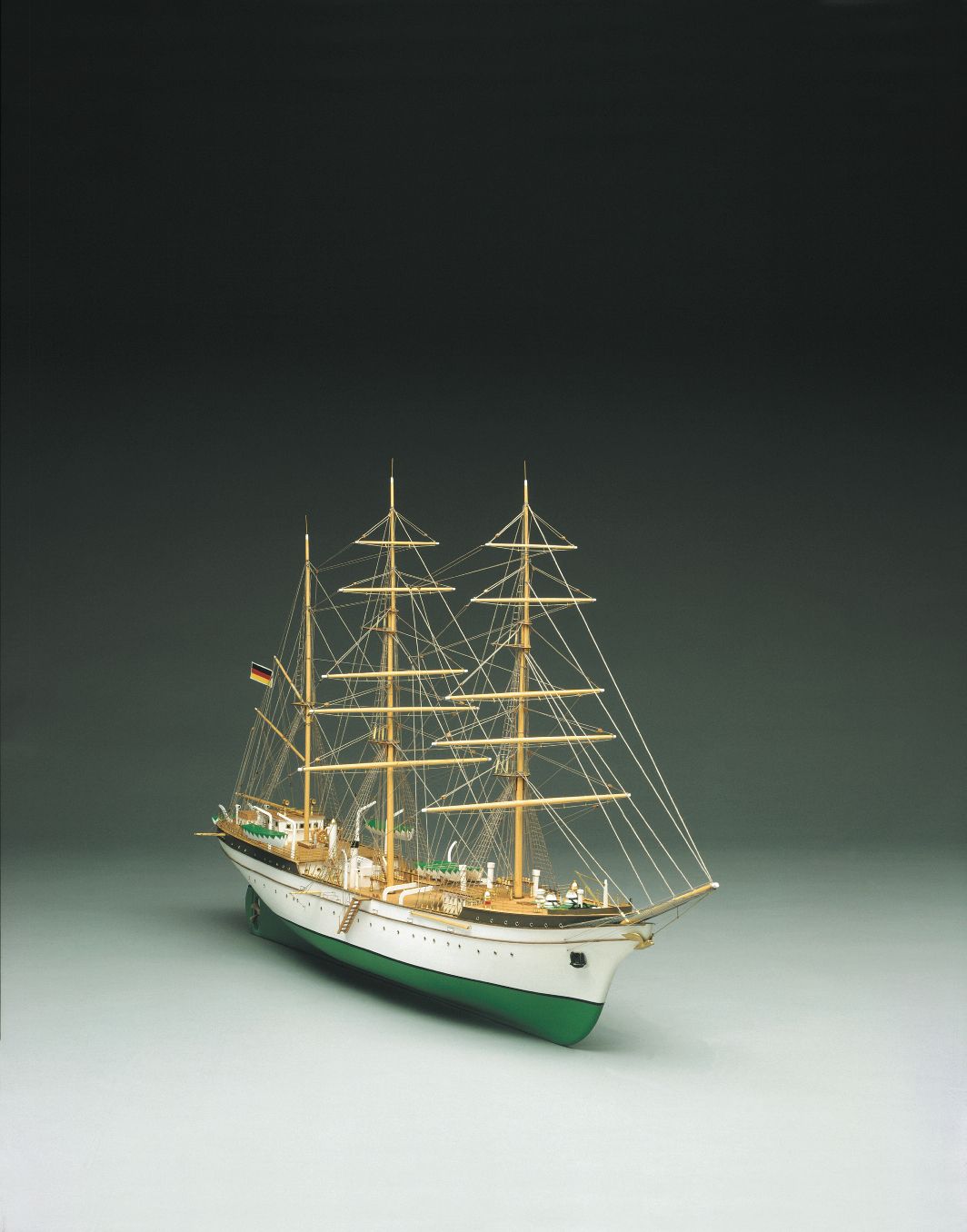 The Gorch Fork is a German training vessel. There are two ships originally of the same name, with the first one built in 1933. This one was later claimed by the Soviet Union as war reparations following the conclusion of World War II. Blohm & Voss built the second Gorch Fork in 1958 in Hamburg, as a sister ship to the original. This model replica is of the 1958 version.

The second version closely followed the design of the original, which was considered very safe and capable of being brought back in to the upright position, even when heeling over to at least 90 degrees or more. The only difference between the two was the inclusion of more health and safety measures, such as strengths to the body and bulkheads as well as more lifeboats. Later on, greater improvements were made to the engine, allowing the vessel to reach speeds up to 13.7 knots.

The ship has three masts and is 81.2 meters long and 12 meters wide. It has a displacement of 1700 tonnes. The tops of her fore and main masts can be lowered, a design feature purposely included to allow the ship to navigate the bridges of the Kiel Canal; where the ship’s homeport is located.

The ship has been responsible for training 14,500 German cadets and in 1987 spent 336 days travelling across the world and making stops at 5 continents in total.

This model boat kit is produced by Mantua, who uses the latest technology to produce highly detailed and fine scale replica model ship kits. The Mantua range at Premier Ship Models is one of our largest, click here to browse the whole range and shop online with worldwide delivery.

This Vessel Type is Bark
Copyright © 2022. US Premier ship Models. All Rights Reserved.