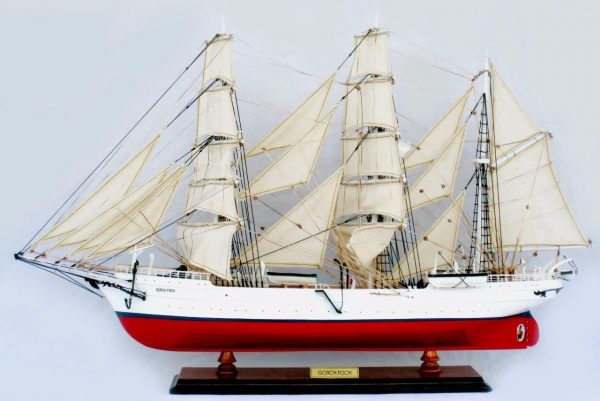 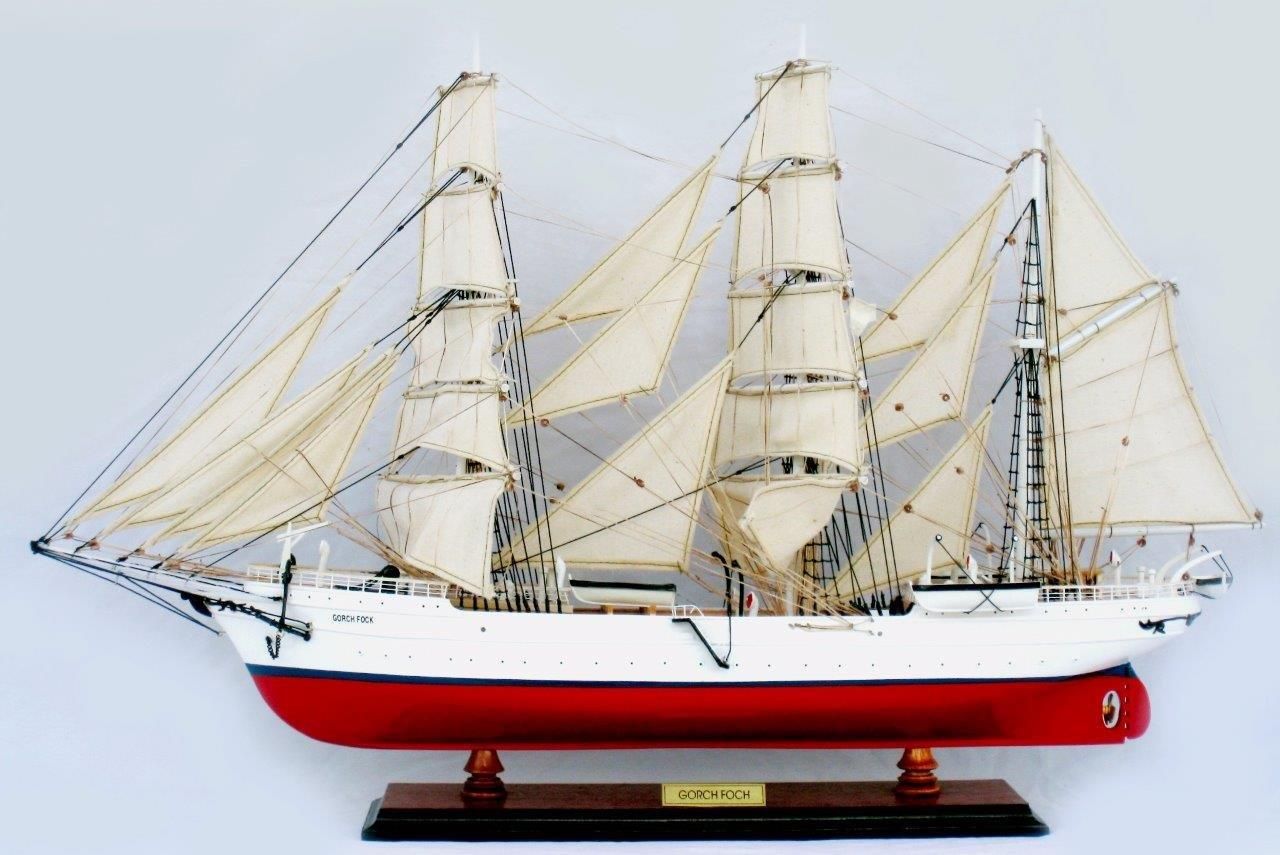 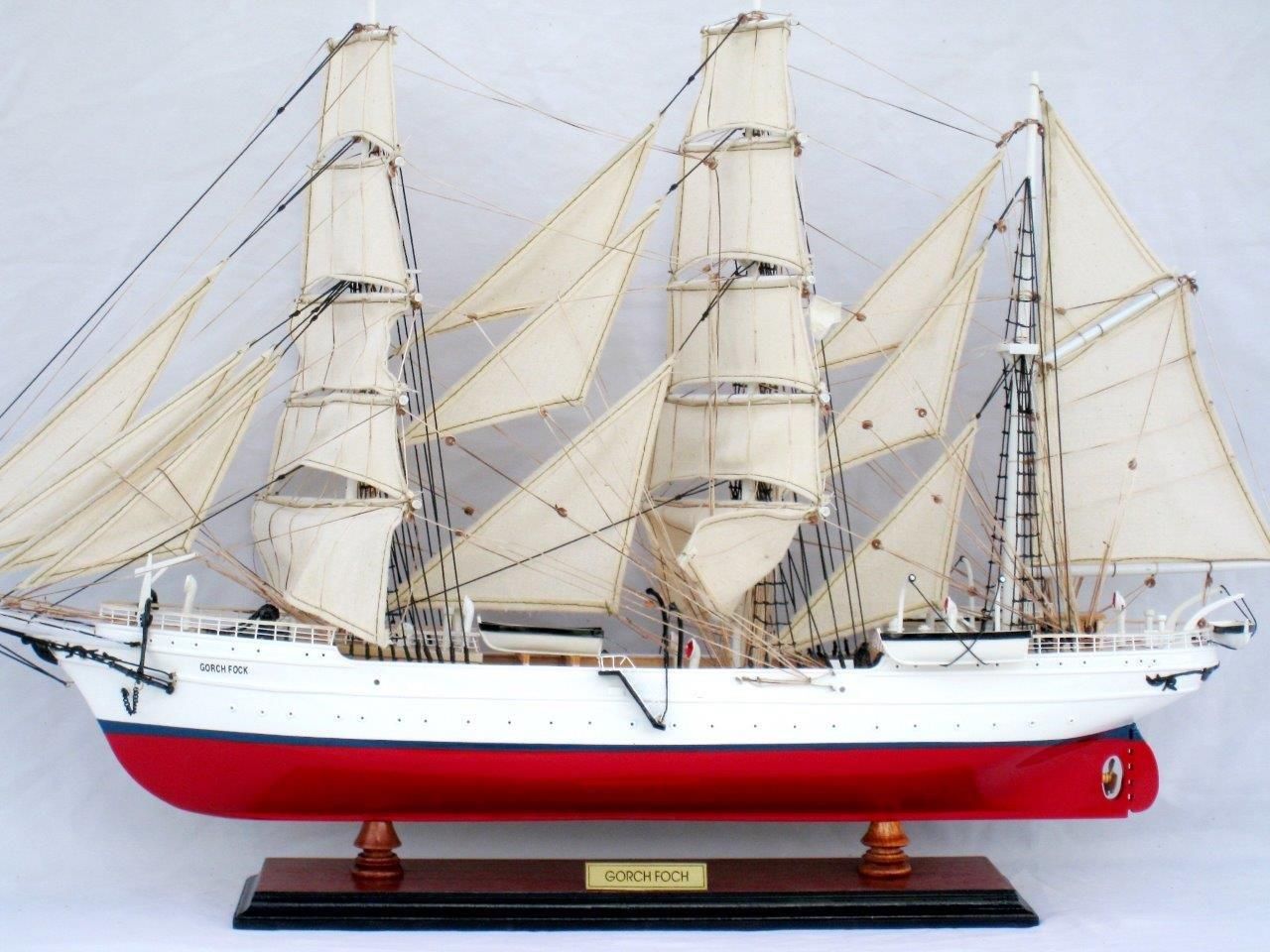 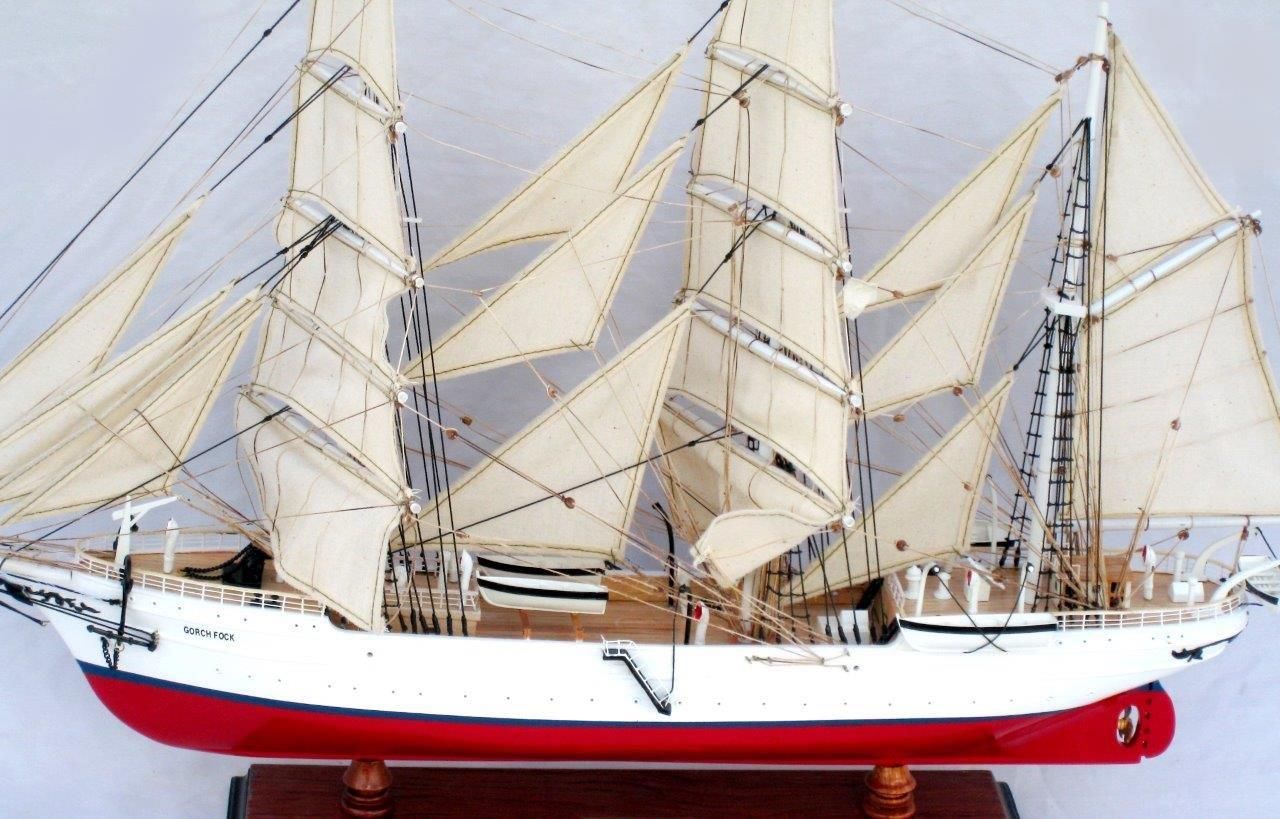 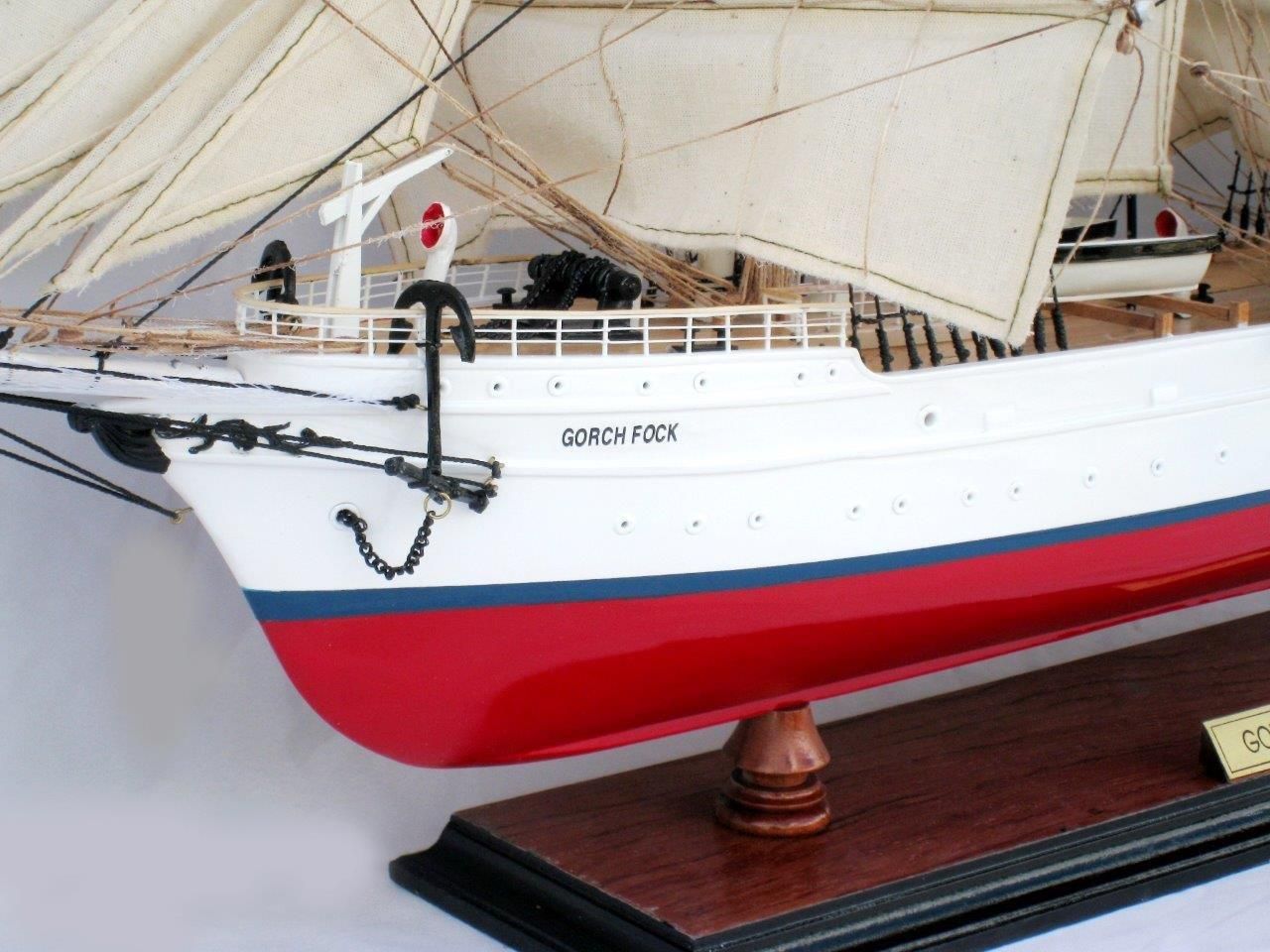 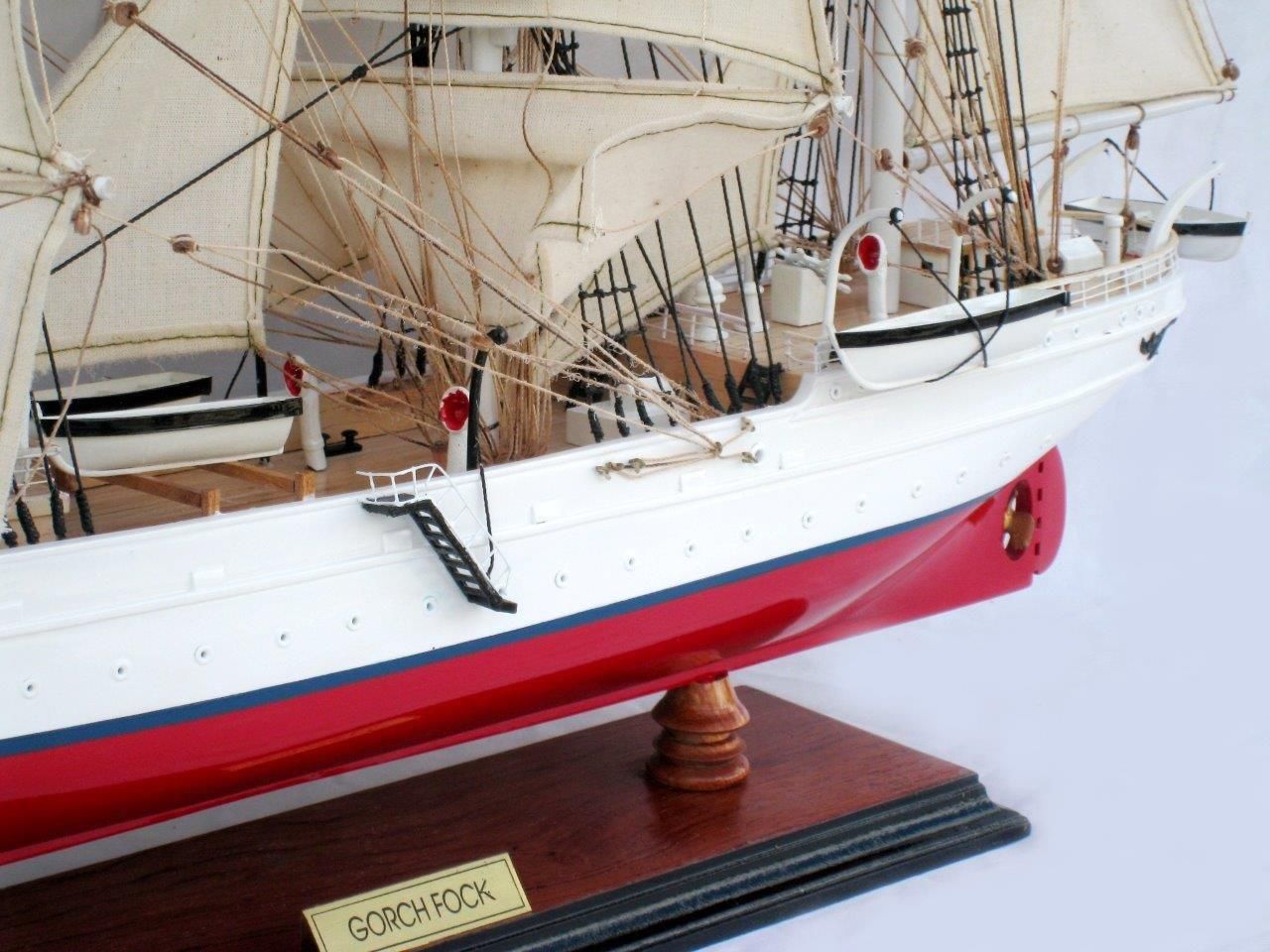 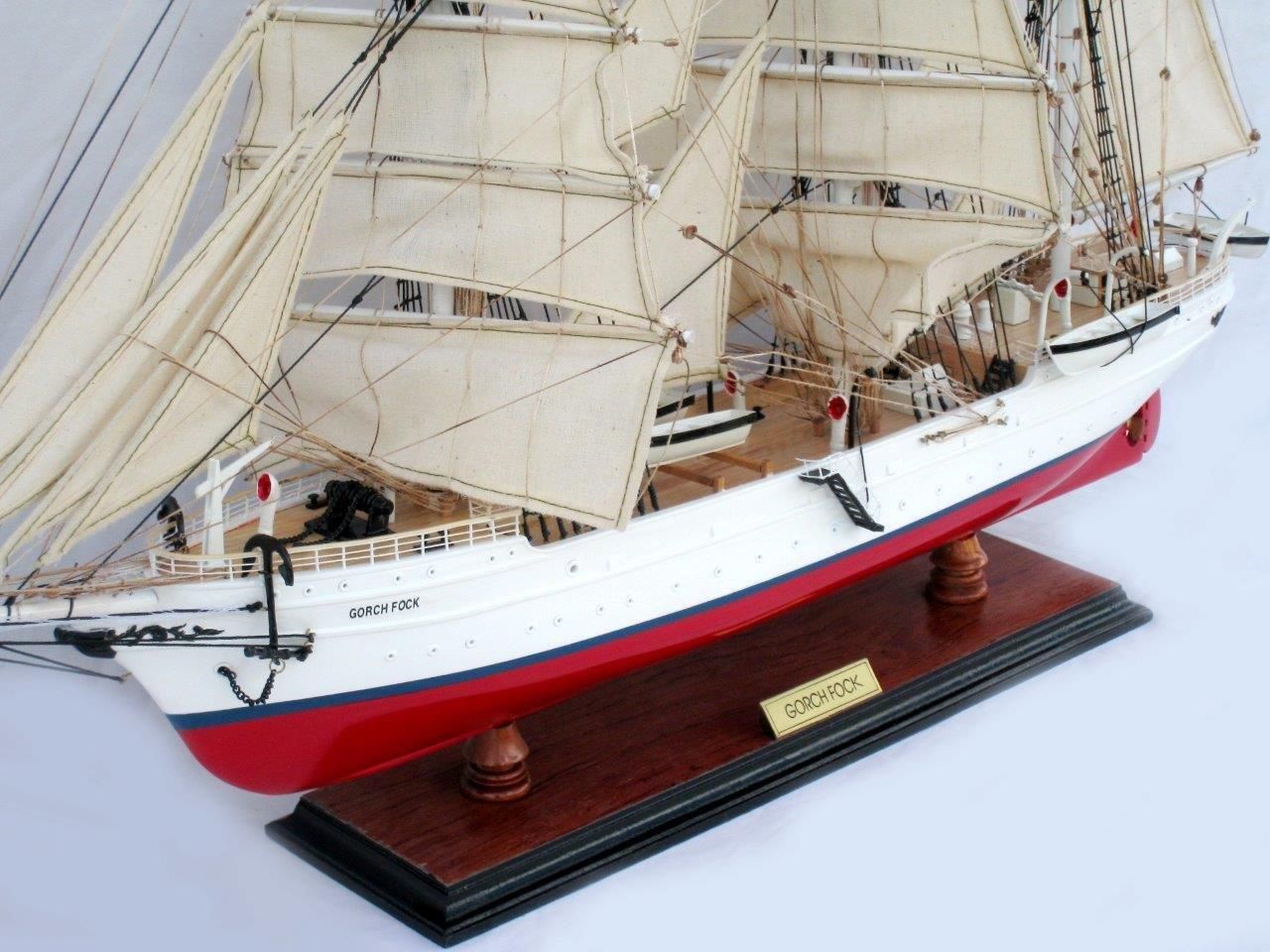 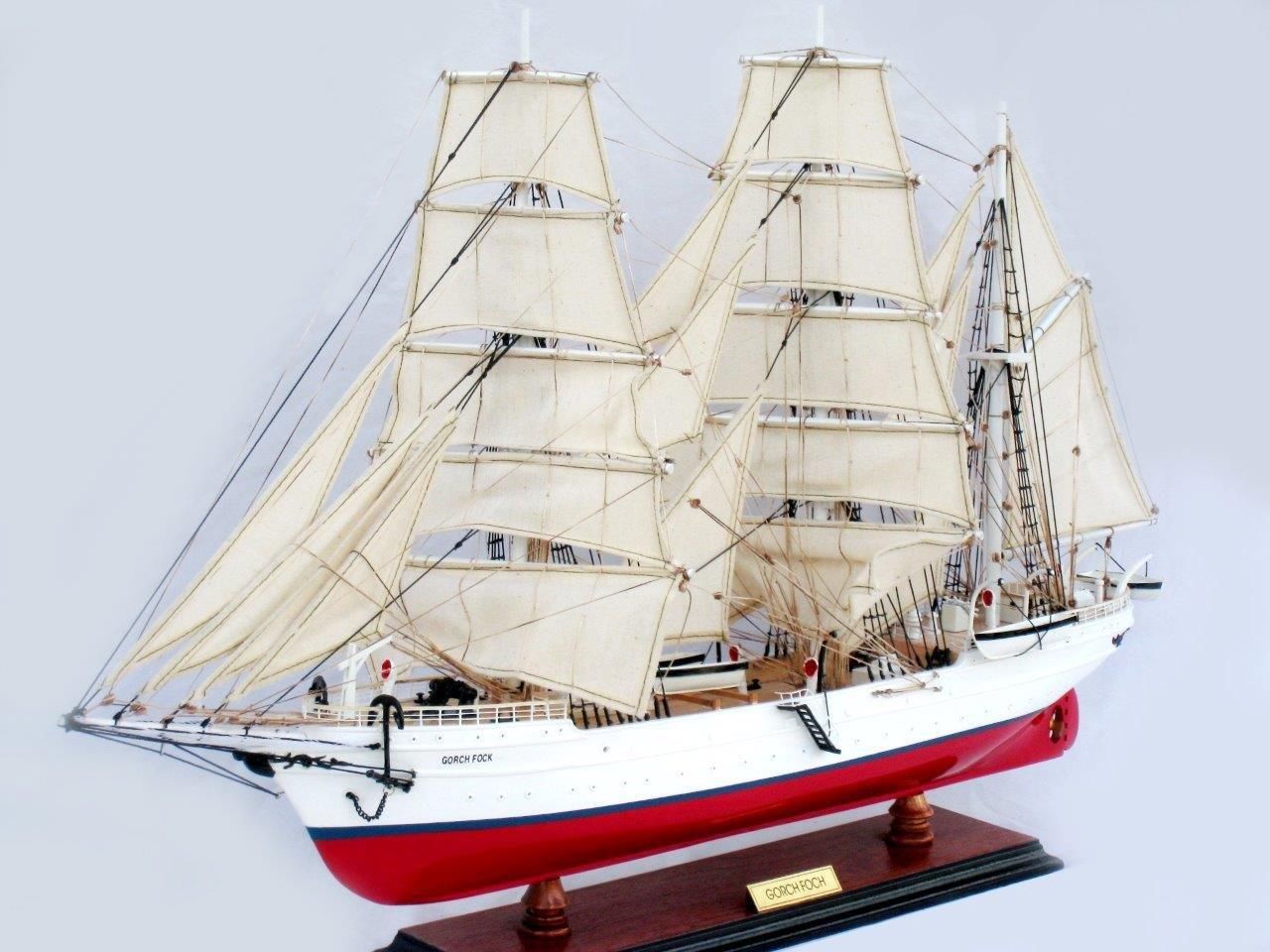 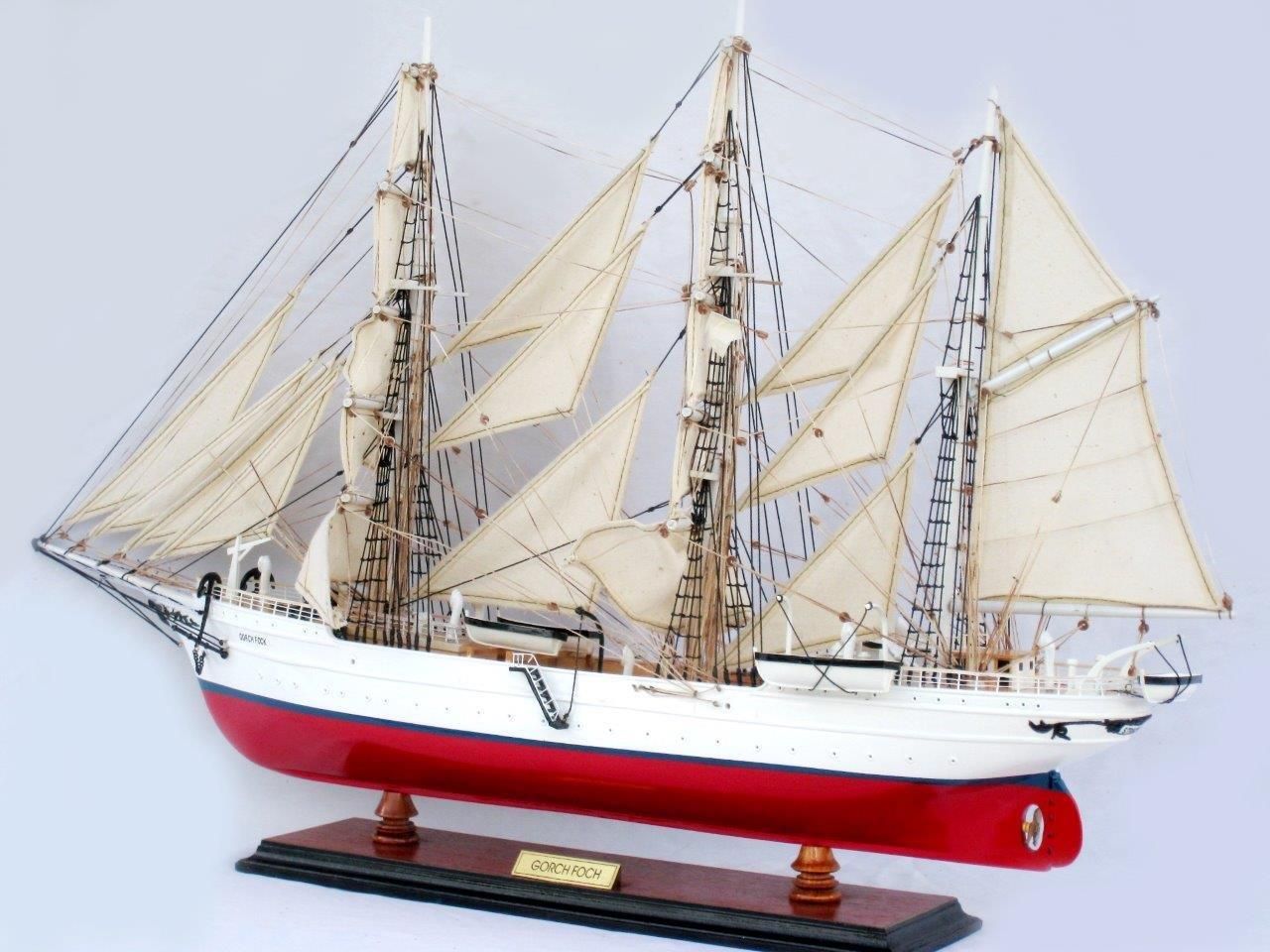 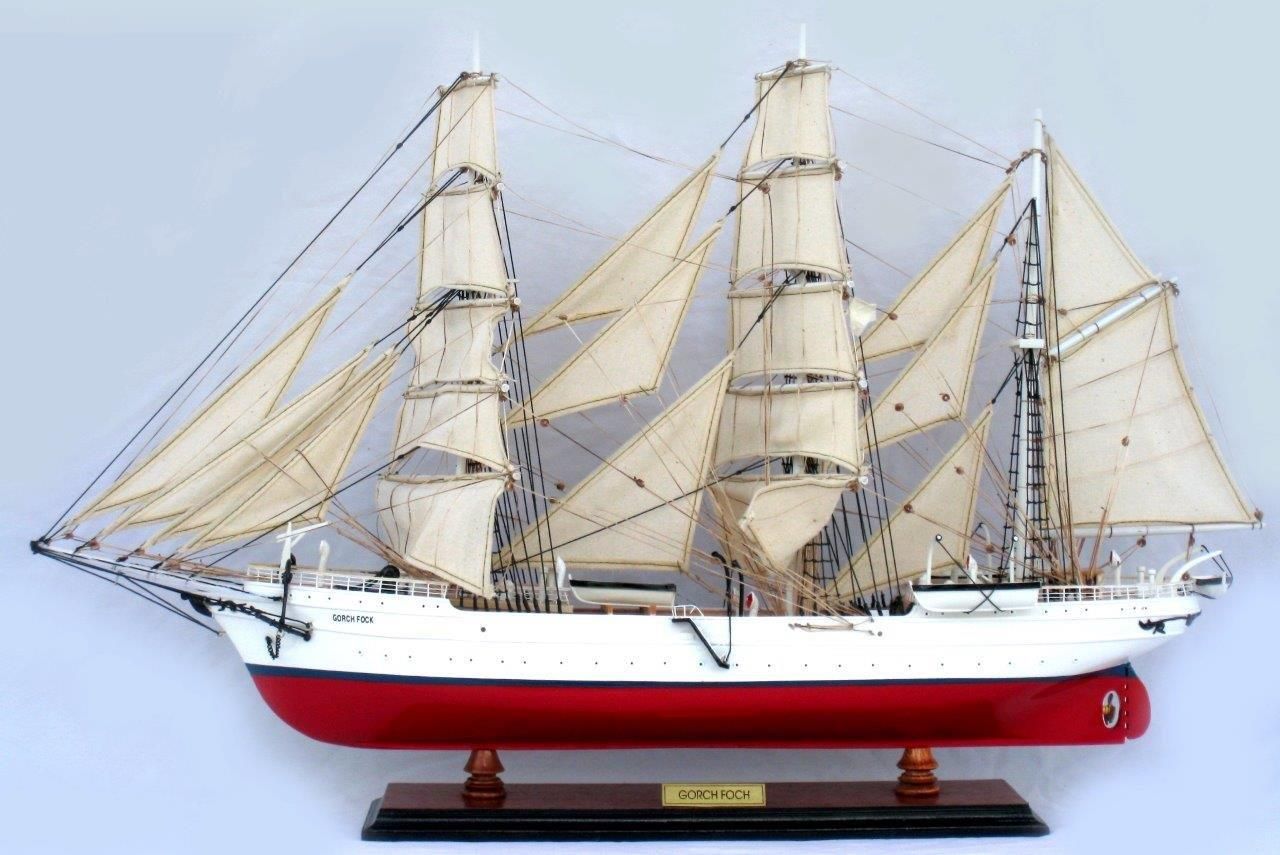 The Gorch Fock was built in Hamburg in 1933 as a training ship for the German Navy, the steel-hulled Gorch Fock . Gorch Fock I is a German three-mast barque, the first of a series built as school ships for the German Reichsmarine in 1933. She was taken as war reparations by the Soviet Union after World War II and renamed Tovarishch. Gorch Fock returned home to the  port of Stralsund where her original name of Gorch Fock was restored on 29 November 2003. She is a museum ship, and extensive repairs were carried out in 2008. The Federal German government built a replacement training ship Gorch Fock (1958) which is still in service. Now based at Odessa on the Black Sea, she continues her career of training naval cadets- Russian-style.

Using historical photographs, drawings or original plans our model is meticulously handcraft with highly quality wood from scratch to the most accurate of detail. They are built to scale and are 100% hand built, individually using plank-on-frame construction method and are similar to the building of actual ships. This model comes standard with a solid wood base and brass nameplate. It’ll make a perfect gift for home or office decorator, boat enthusiast or passionate collector.