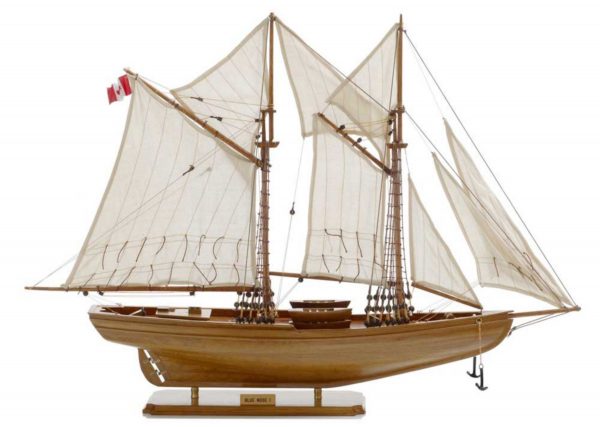 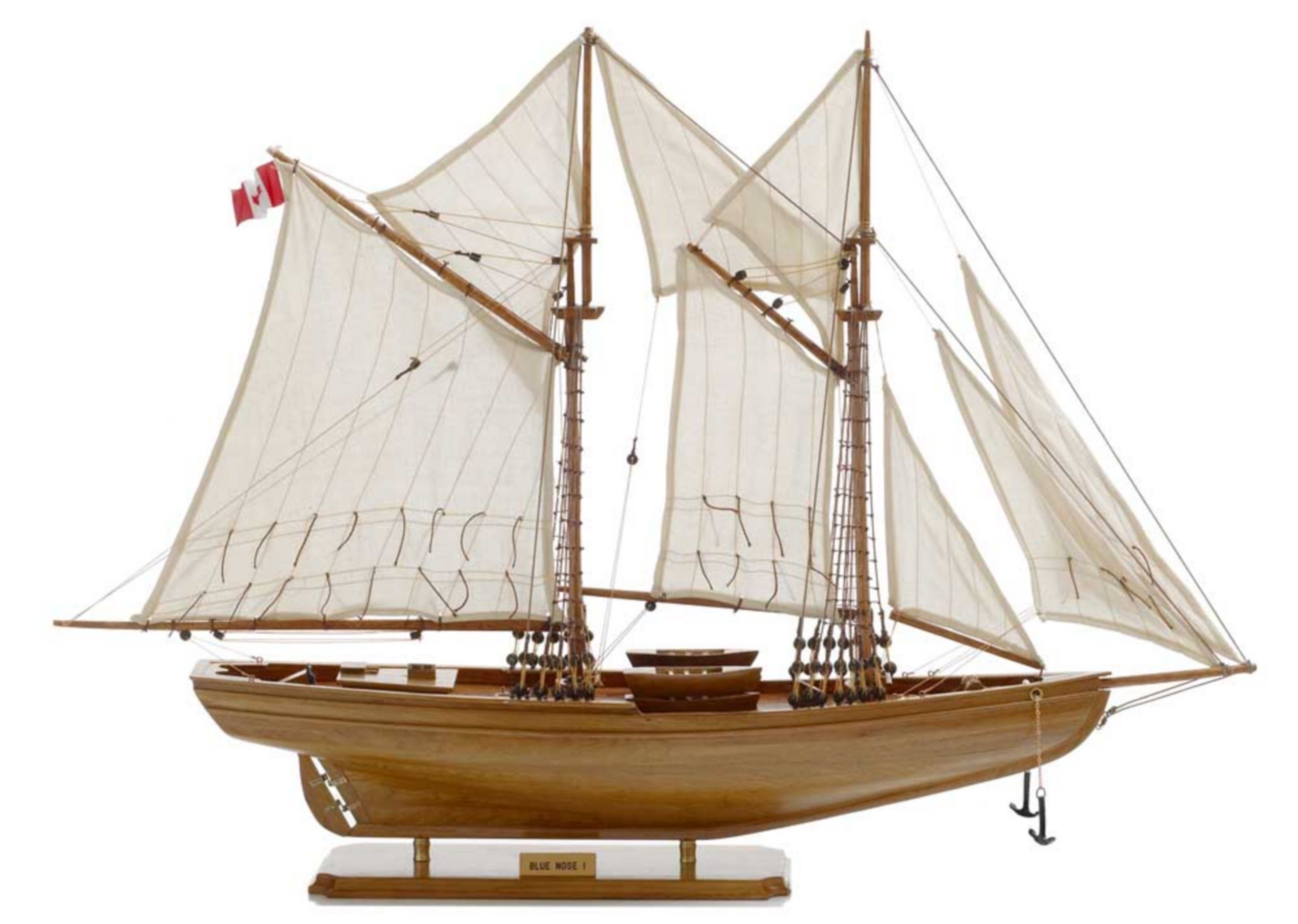 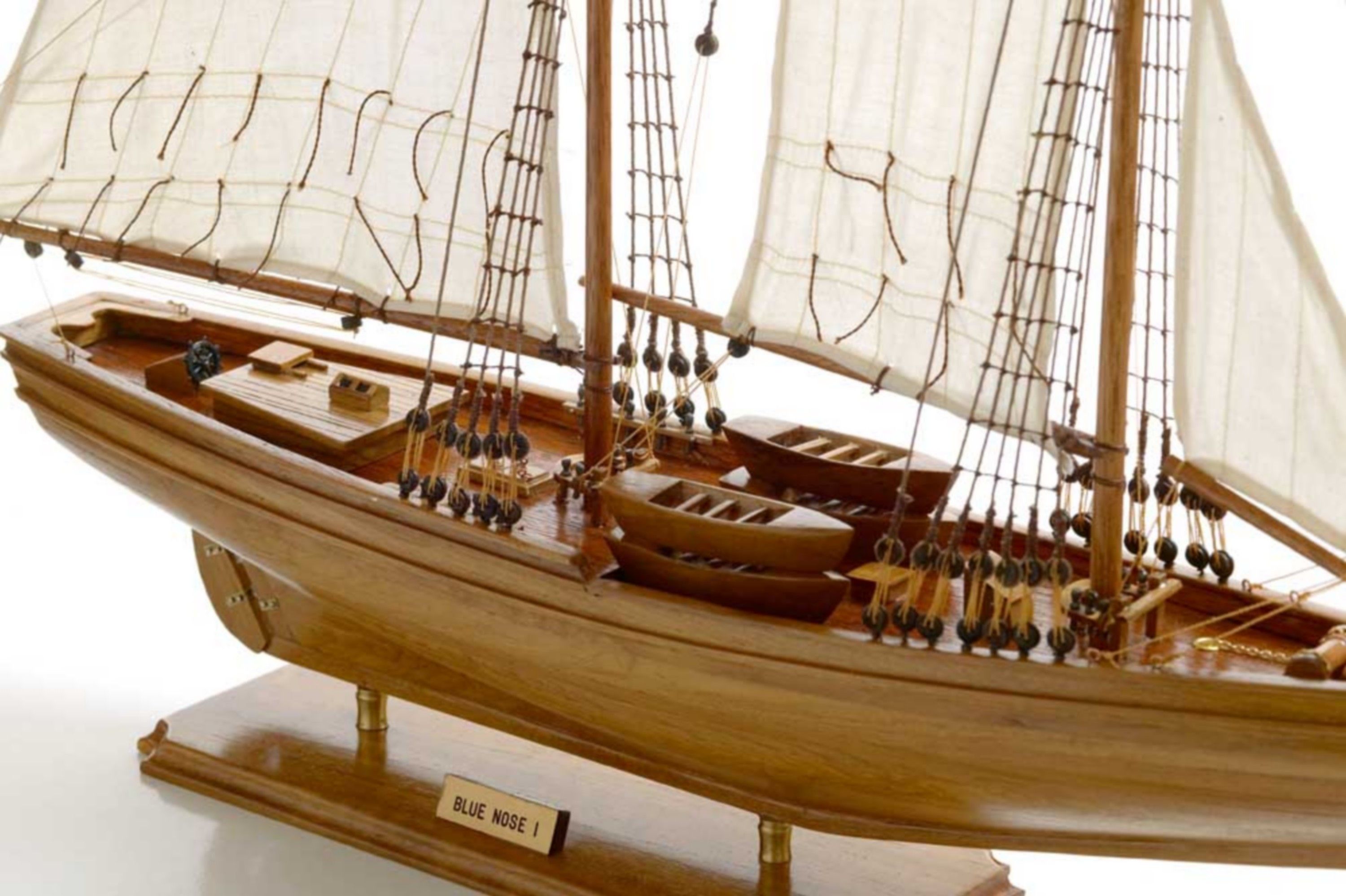 A brief history of the ship:

The Bluenose was a racing and fishing gaff rig schooner. A gaff rig is a sailing vessel in which the sail itself has four corners, is fore-and-aft rigged and is controlled at the peak. And a schooner is quite simply a ship with two or more masts, most commonly with the foremast smaller than the mainmast.

It was built in 1921, in Nova Scotia, Canada. As a whole, the ship was regarded as a spectacular racing ship and fishing vessel. Under the command of Angus Walters, Bluenose became a provincial icon for Nova Scotia and even Canada itself. Walters captained Bluenose between 1921 and 1938. He skippered the ship to five international sailing races, and was undefeated for a staggering seventeen years. Bluenose was a pivotal Canadian symbol in the 1930s, and was called Bluenose due to the old nickname for Nova Scotians – ‘blue noses.’ The ship served as a complete working vessel until 1946, when she was wrecked.

Bluenose was nicknamed the ‘Queen of the North Atlantic,’ and rightfully so if the seventeen-year undefeated streak mentioned above is anything to go by. The ship’s legacy was continued and commemorated in 1963 with the building of a replica ship, Bluenose II.

Bluenose was designed by William James Roué, a famed naval architect born in Nova Scotia in 1879. The vessel was intended for both racing and fishing from the earliest days of its conception, and was built to compete with American schooners for speed. Originally in 1920, in Roué’s earliest drafts, Bluenose had a waterline length of 36.6 metres, which was an enormous 2.4 metres too long for the ship to participate in the competition. Upon hearing this, Roué began redesigning the ship so as to allow Bluenose to compete. The waterline length was subsequently reduced to 34.1 metres, and this was done by raising the bow by half a metre. This allowed the base of the ship to be more compact and align with the specifications of the competition. Bluenose carried 930 square metres of sail, and its mainmast reached 38.4 metres above deck. Having a crew of twenty meant that the ship was relatively easy to maintain at the time, and reduced weight during the races. In total, the vessel cost $35,000 to build. Nowadays, with regards to inflation, that would be about $530,000, so certainly very expensive.

The model built by Premier Ship Models measures at 65x12x53cm, and can come with either a personalised name plate or a standard name plate. Additionally, the sails can be furled or rolled down, however which way you choose. It’s hand-crafted and made from teak and sapele wood, allowing the design and each and every feature to be intricate yet sturdy. 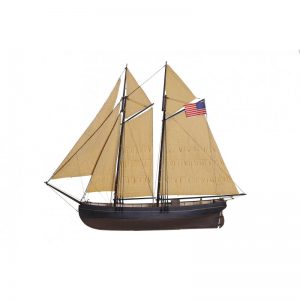 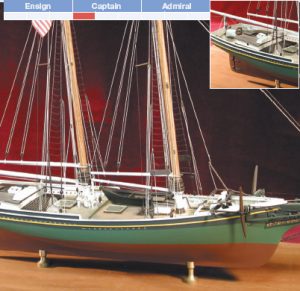 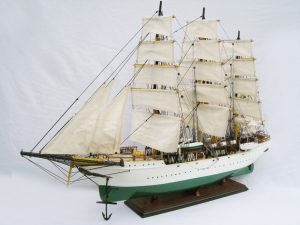 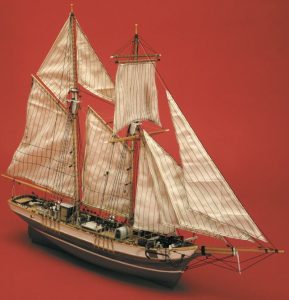 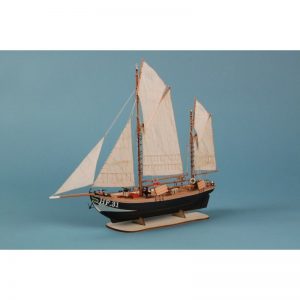 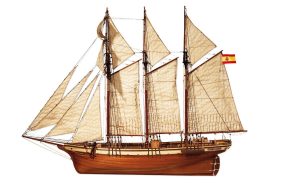