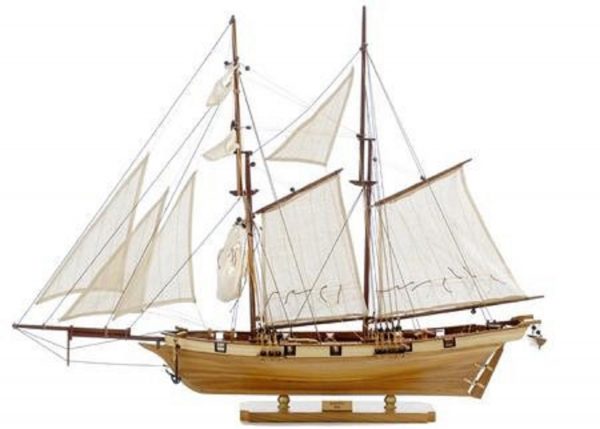 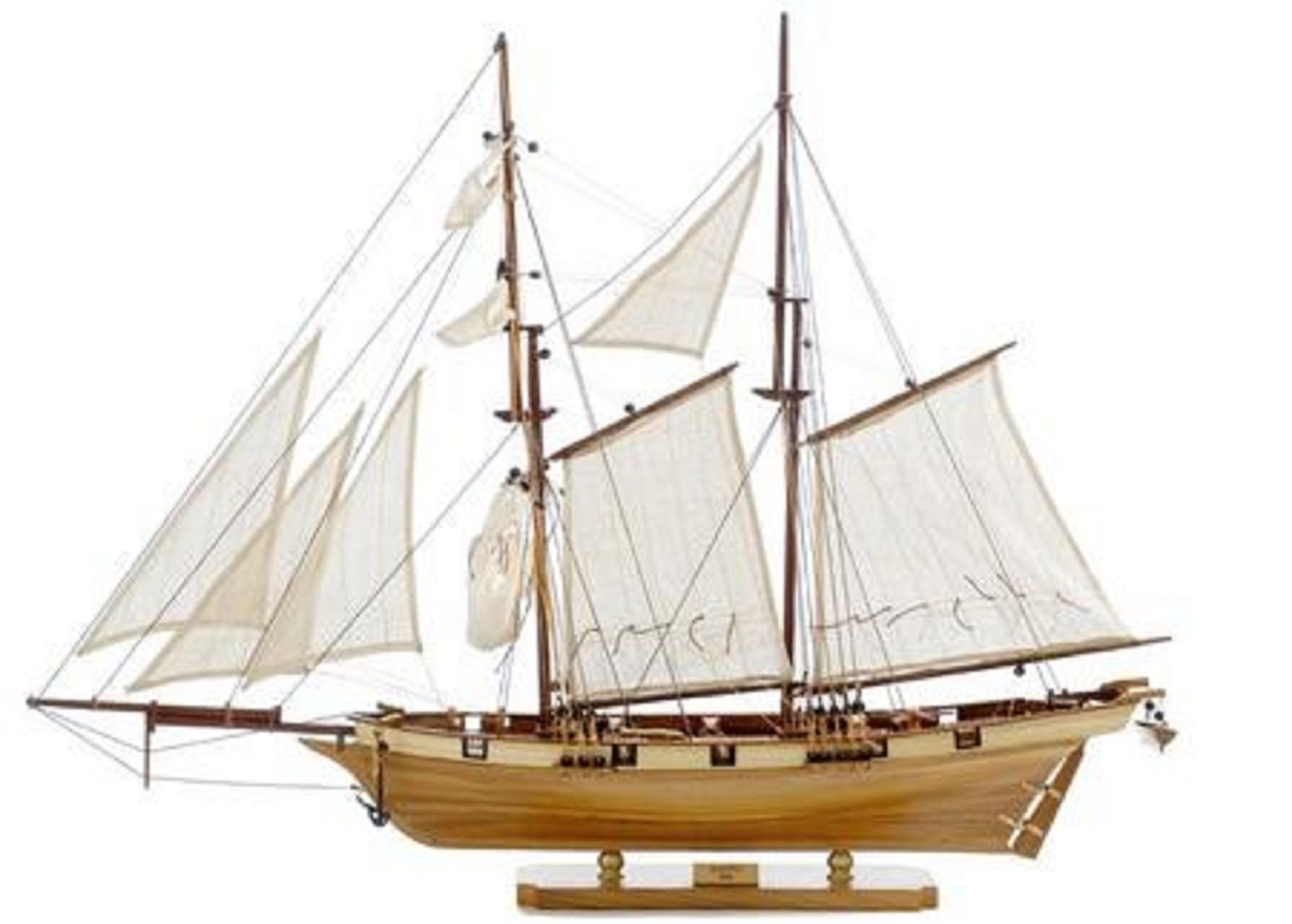 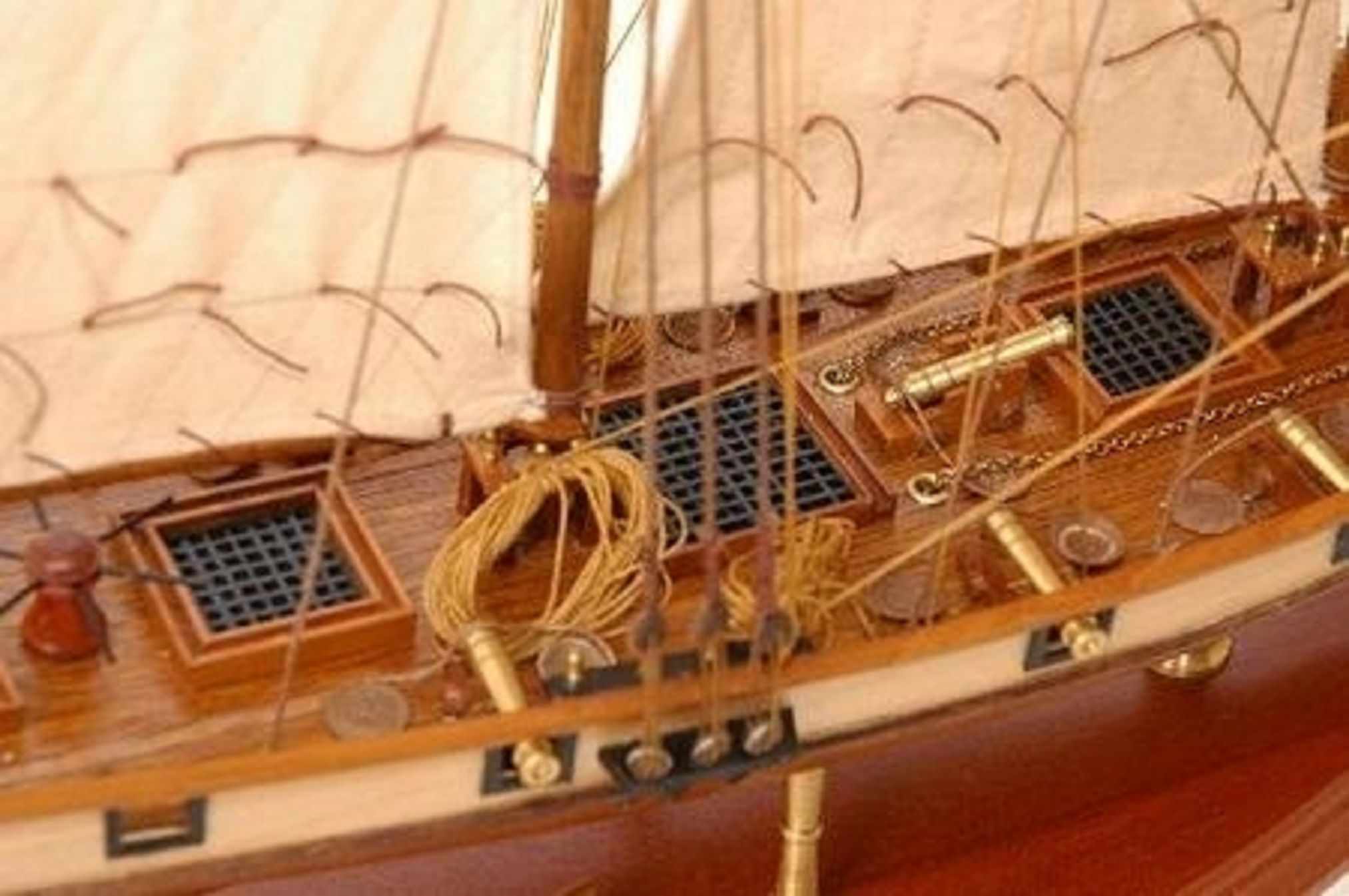 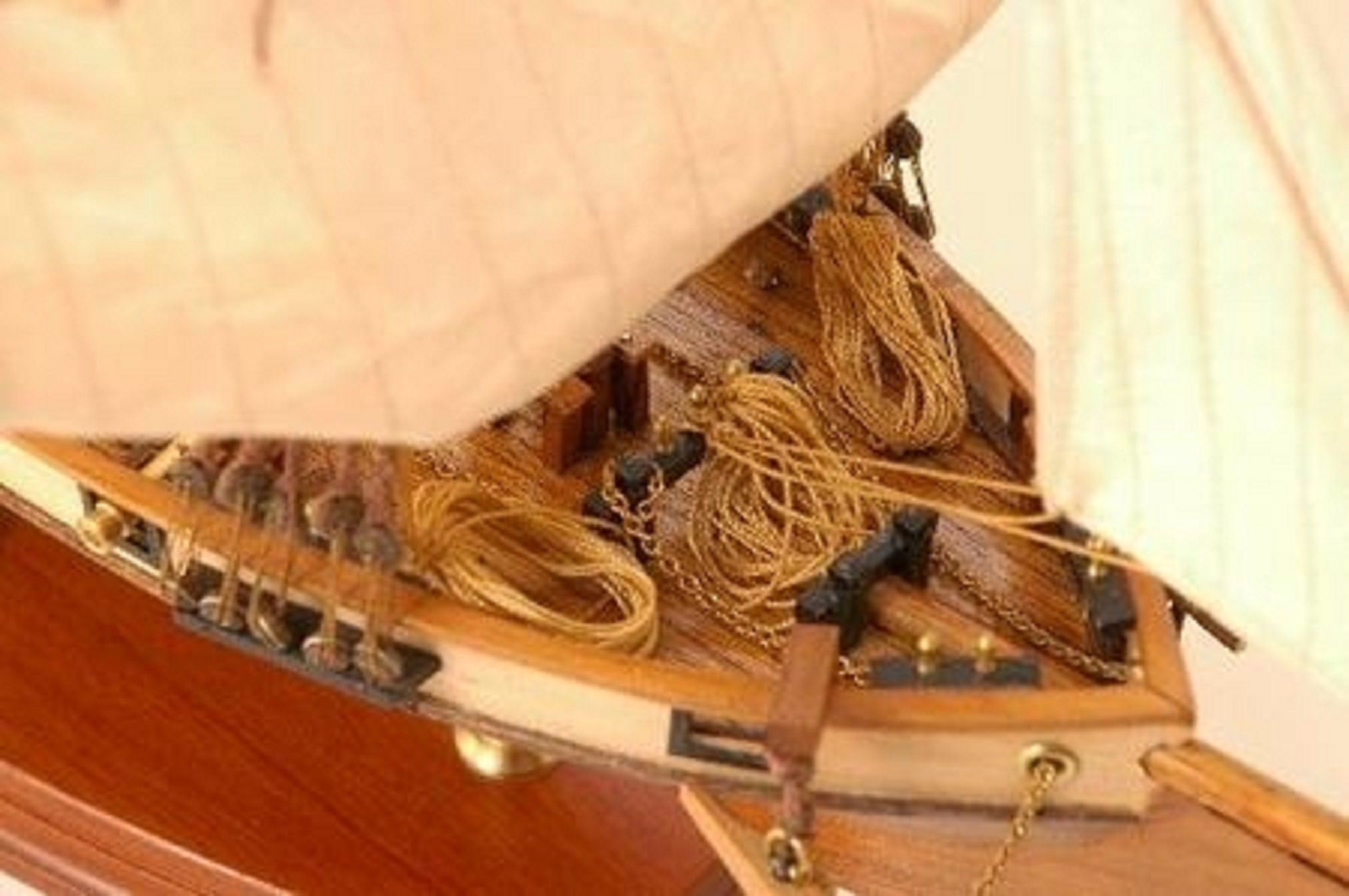 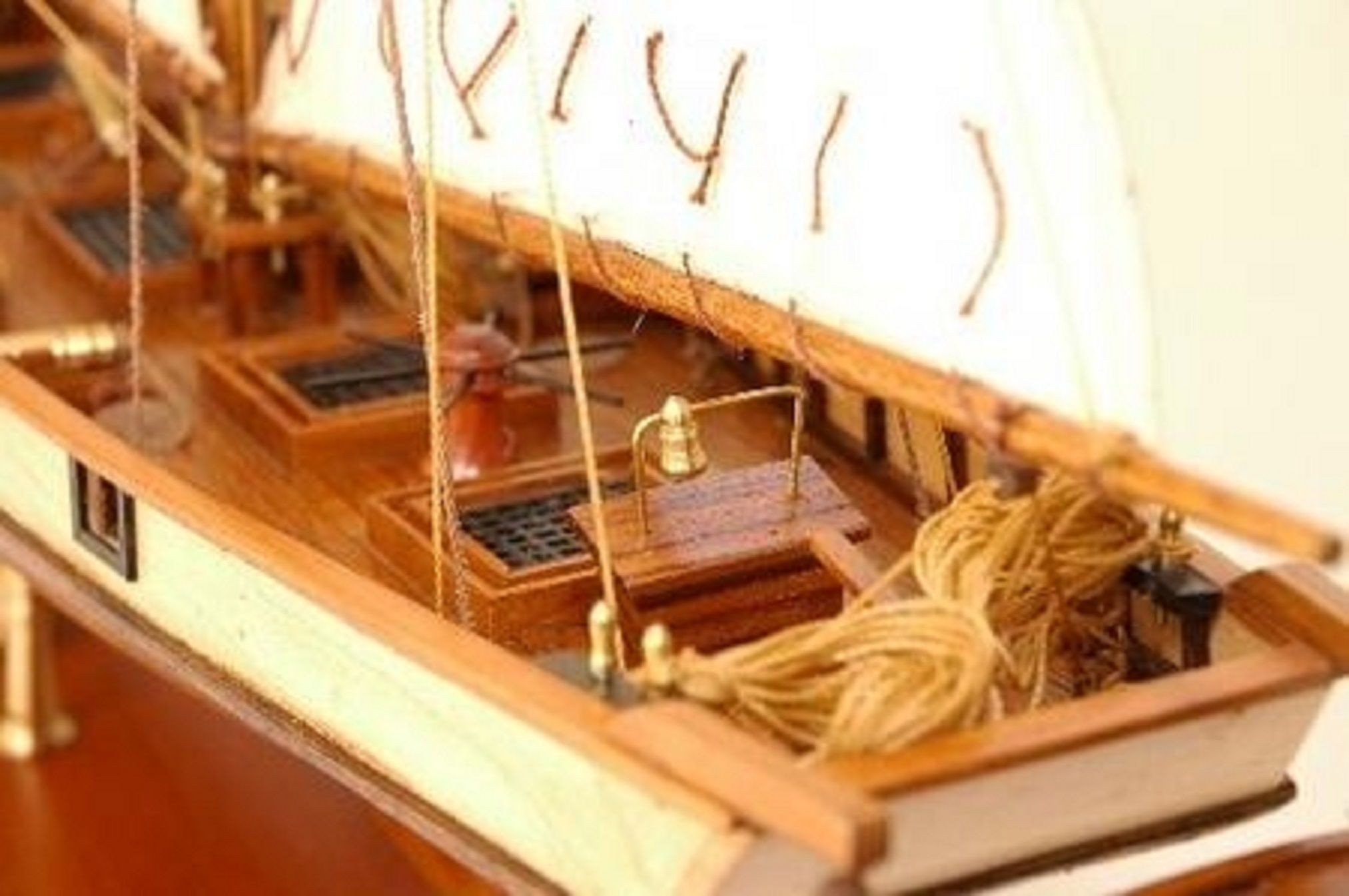 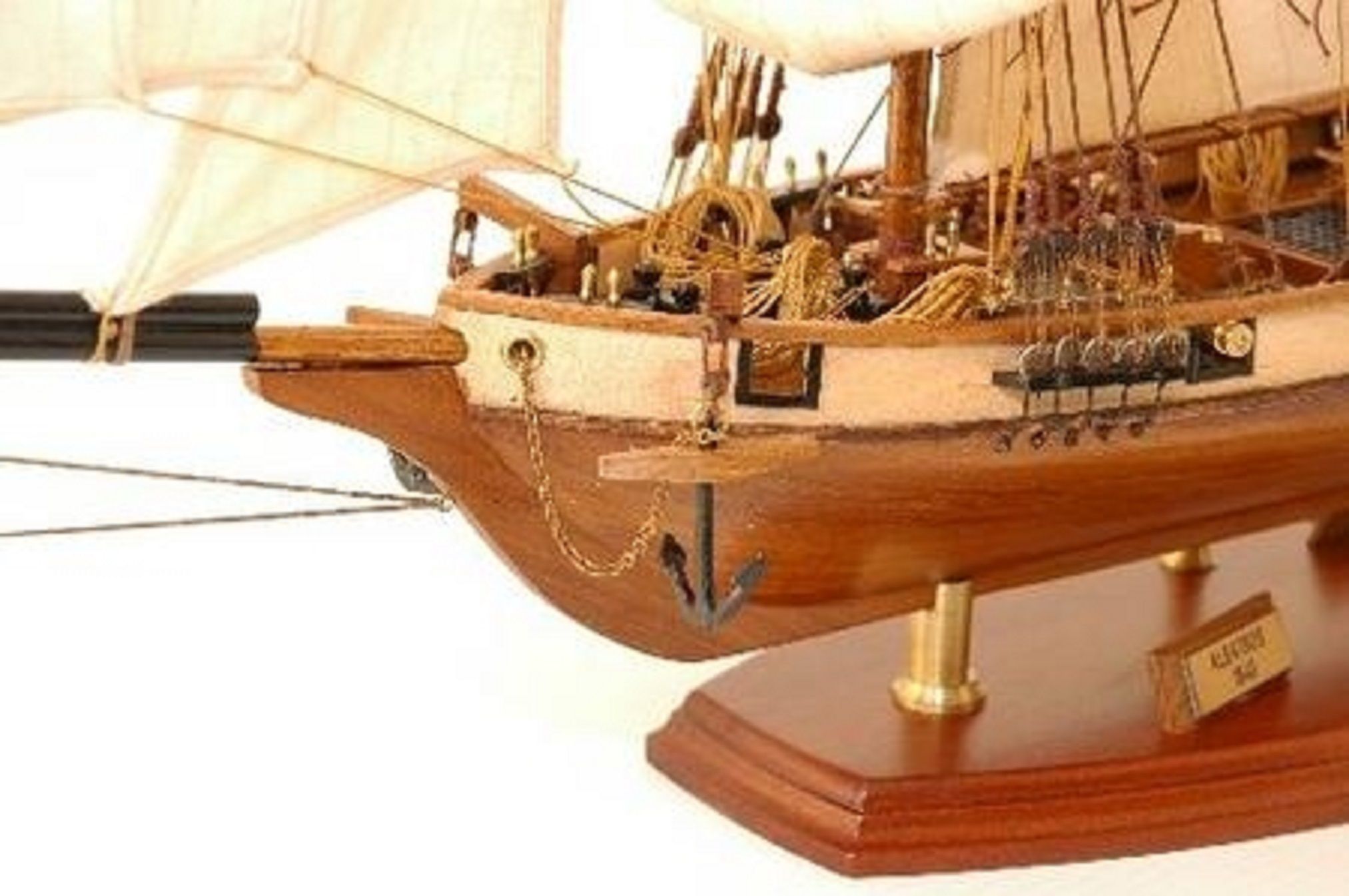 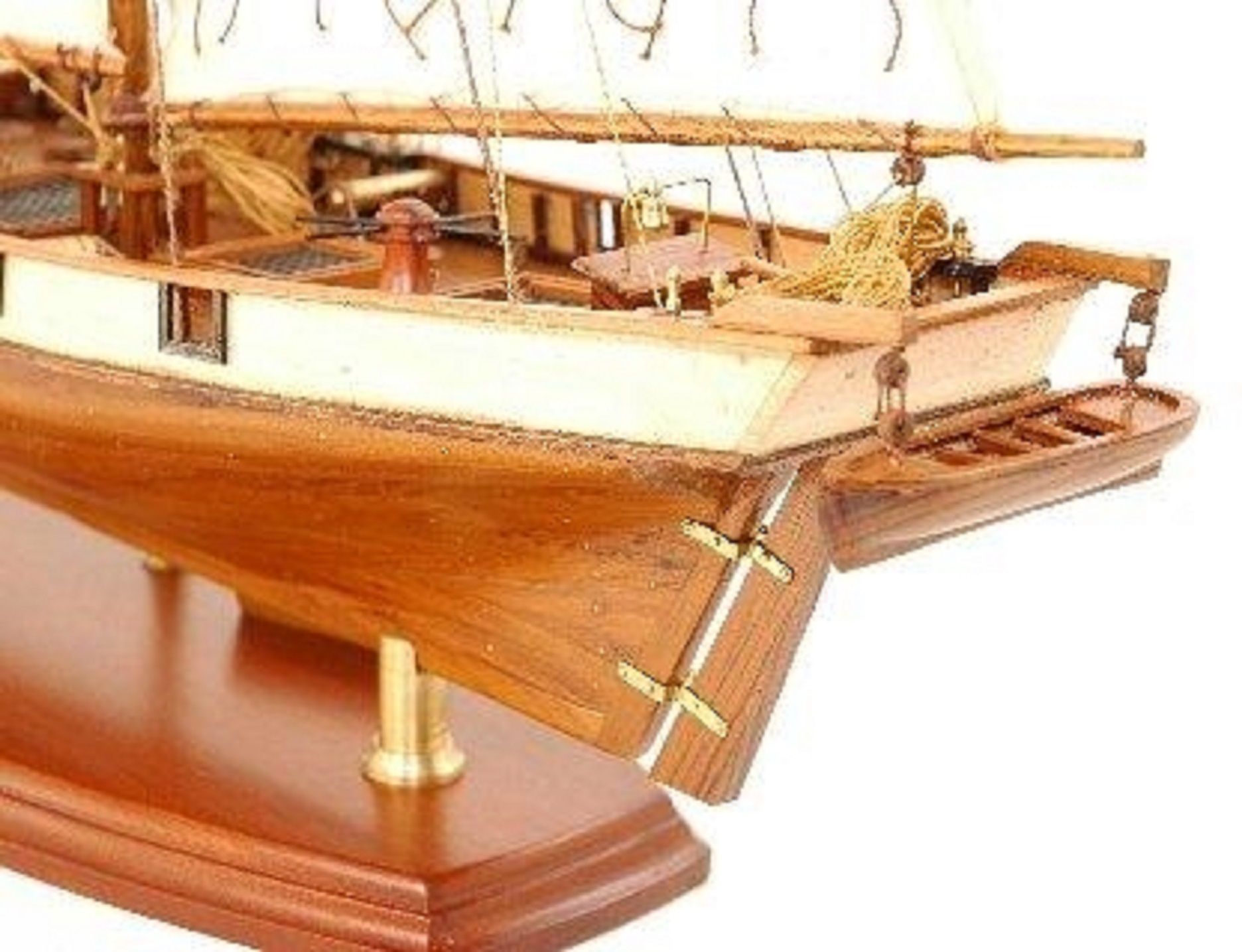 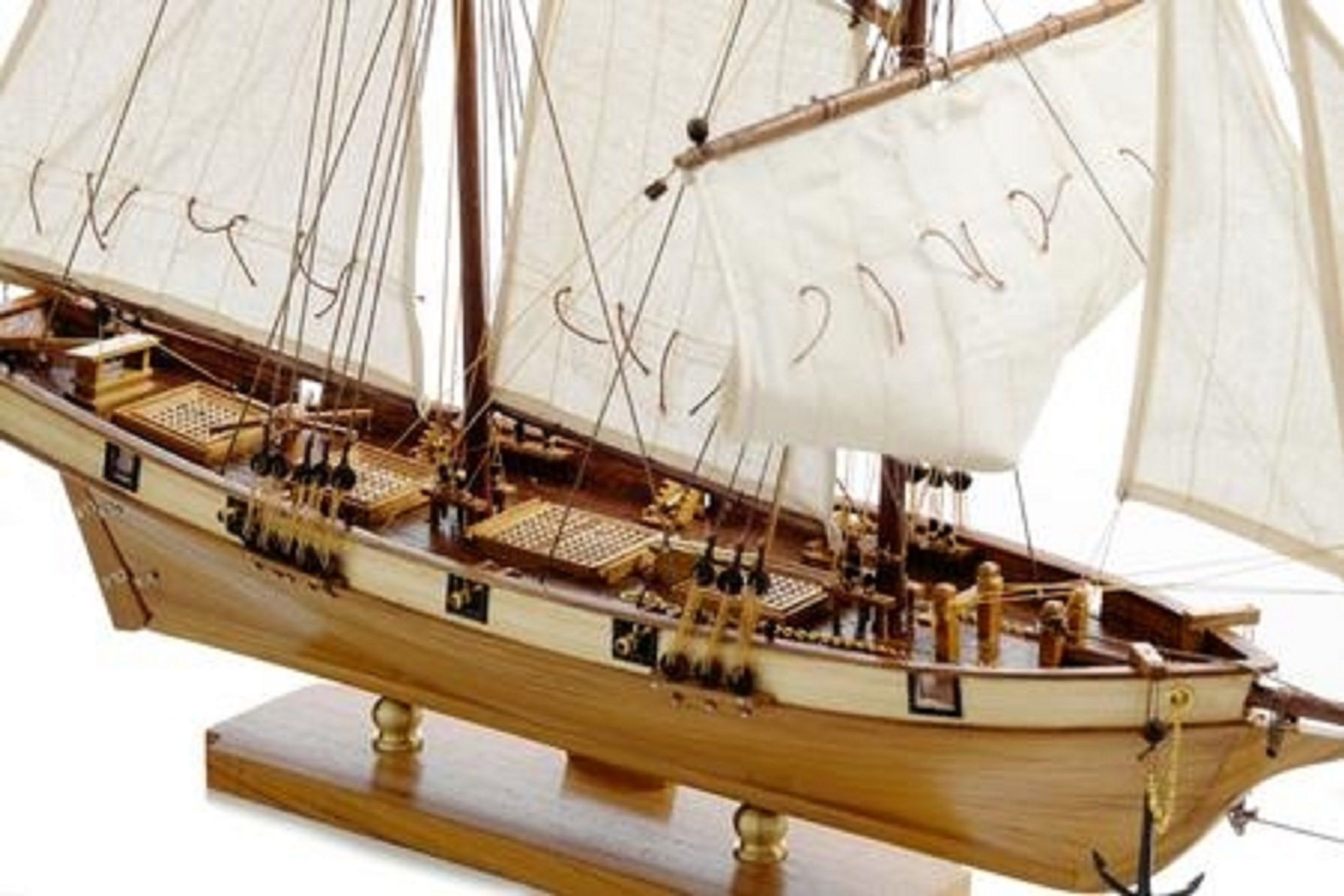 Large model ship of Albatross offered at Premier Ship Models represents quality and expertise of model making for more than 30 years. This Albatross ship model is one of our models in the Superior range, characteristic for exquisite craftsmanship and high quality. Ship models including the Albatross from this range are chosen by the more discerning collectors who can appreciate the better quality and detailing. The Albatross model ship is a perfect replica of the original vessel, built in 1920, according to plans and drawings.

The model is painted and built from scratch by our own skilled artisans to ensure that all the design features are built correctly with attention to detail. This and other ship models from our Superior range are built using quality materials and are designed with plank on frame construction using teak wood, quality hardware, hand stitched sails and many other features.

The history of this ship dates back to 1920, when the vessel was built in Amsterdam shipyard. One of the main purposes of Albatross was to take occasional voyages to distant countries like Portugal and Spain and she was also used as a training ship. Albatross was owned and sold by many owners since its initial sail. It served very well as a pilot ship for almost two decades before being sold to the German government in 1937. The German government used the ship as a radio station vehicle during the Second World War.

Famous American novelist, aviator and filmmaker Ernest K. Gann became also one of the owners of Albatross in 1954. Her purpose was to cruise in the Pacific Ocean for several years during which she also survived a tidal wave close to Hawaii. The ship gained its fame also by featuring in a movie Twilight of Gods in 1958. Originally the first Albatross model was constructed long time ago, in 1840.

To view more of our great ship models of this quality, have a look at our Superior range section. Please feel free to Contact Premier Ship Models with any questions you may have.

Sorry we have no extra information for this product
This Vessel Type is Frigate
Copyright © 2022. US Premier ship Models. All Rights Reserved.