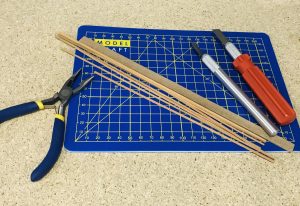 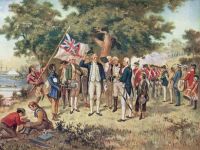 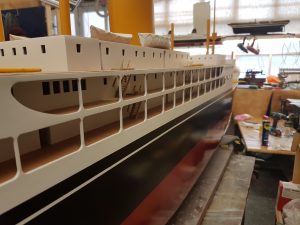 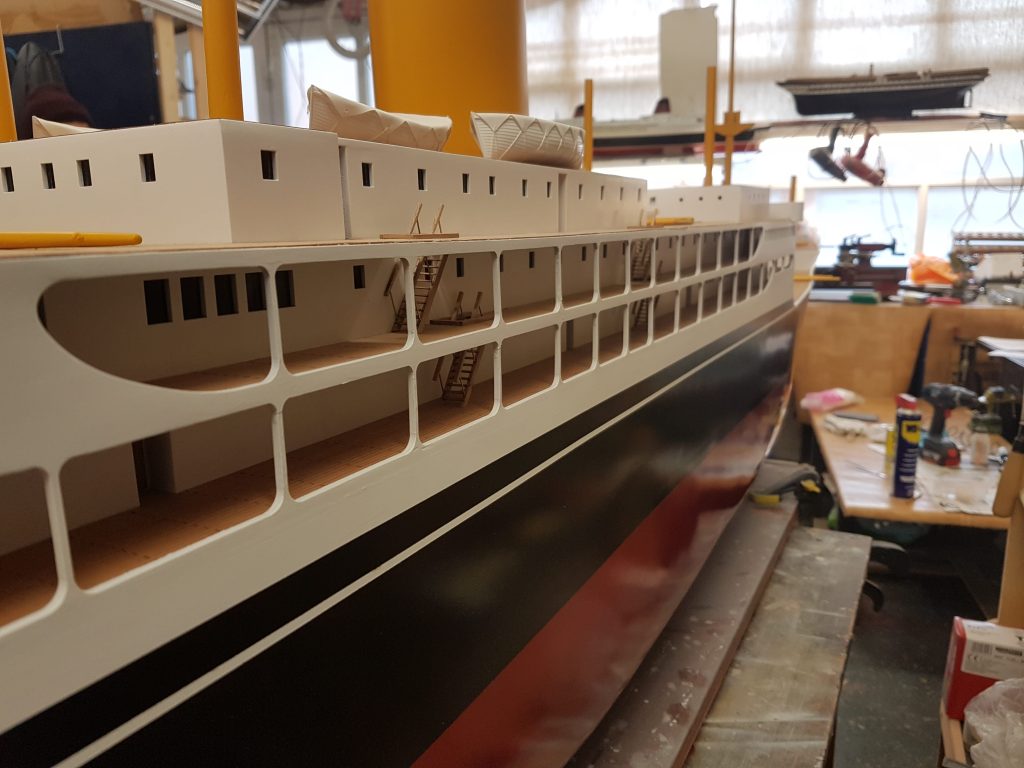 This week we caught up with model maker Kaloyan at our UK workshop to discuss our latest project nearing completion; a ship model of the SS Corinthic. Kaloyan shared details about how he found his way in to model making, using 3D printing for the first time and gave advice to other model makers starting out.

I once thought of becoming a talented engineer. Armed with a natural flair for mathematics and an understanding of technology and good design; I left Bulgaria in 2011 and travelled to London. My father had a model workshop located in Potters Bar, just outside London. He restored and built models, spending many hours surrounded by tools, ship plans and building materials. My father worked under the watch of his own eyes, which always sought perfection, a trait he passed to me.

The interim between school and university created the opportunity to take my first steps in to model making. I assisted my father through completing a restoration of a model yacht for one of our clients, who later turned out to be a yacht designer. As my experience with model making grew, so did the realisation that I wanted to make a career out of it. 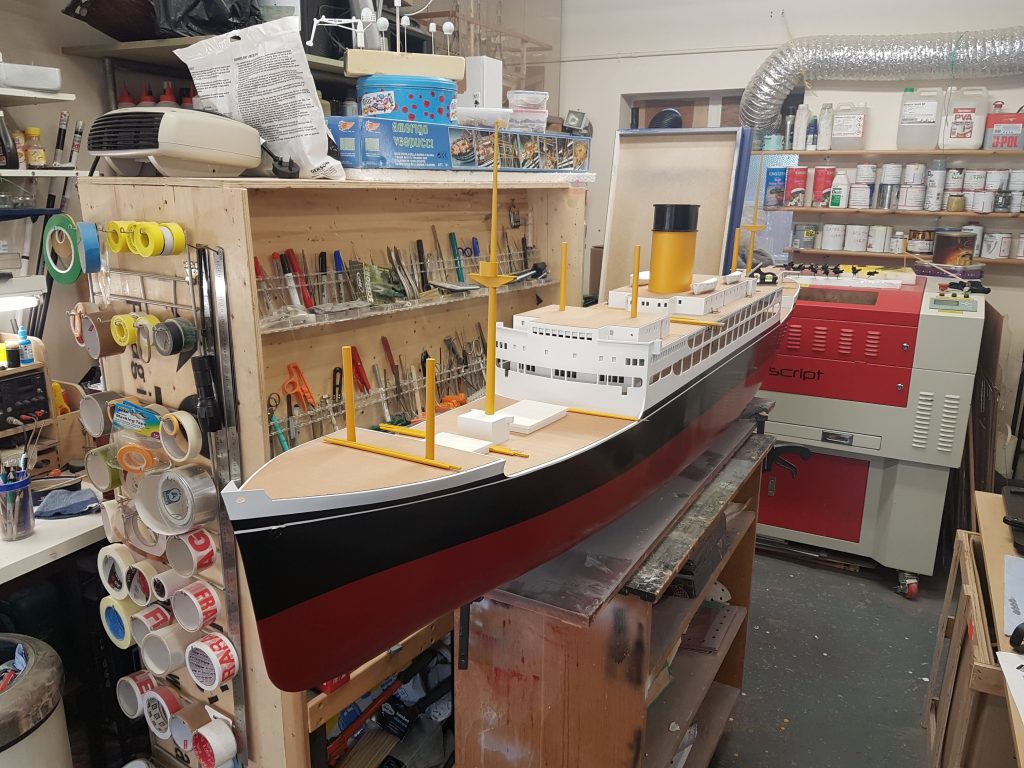 The client visited us and asked for models of two specific ships that we had never built before. He came with only one photograph of the SS Corinthic and a small piece of information revealing that the ship had travelled from the UK to New Zealand. Greenwich Maritime Museum, who we work with to obtain ship plans, had lost parts of the plans for the Corinthic. The ones they did manage to give us were old and printed on paper, which had become creased as an effect of its age. When the copies came through, it quickly became apparent that the plans would be difficult to read. Without plans, it is almost impossible to make the finer details on a model exactly to scale. By chance, a colleague of mine found a book based on the Corinthic and her sister ships, the last copy of which he quickly snapped up on Amazon. The book, which I’ve now read cover to cover countless times, contained a great deal of photos and information that have helped to make this project successful. 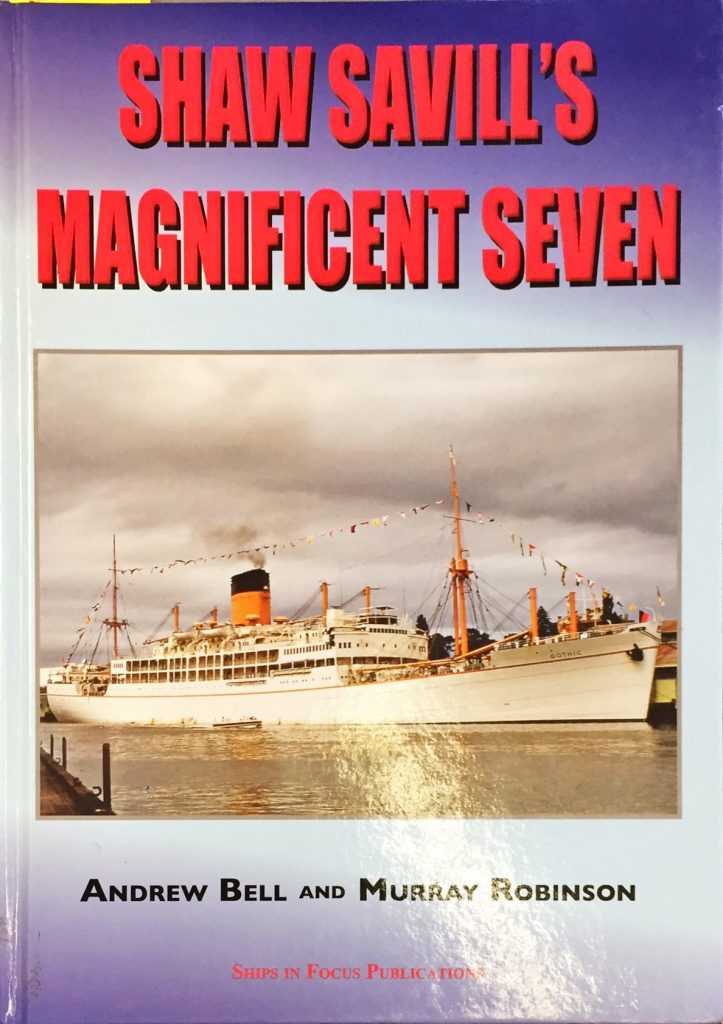 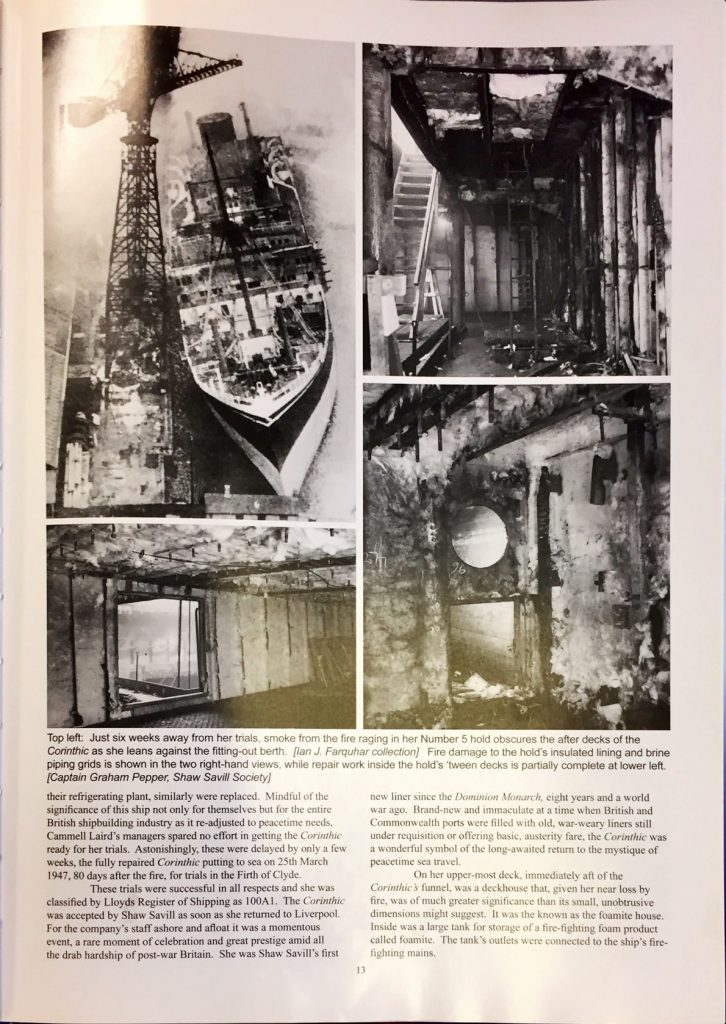 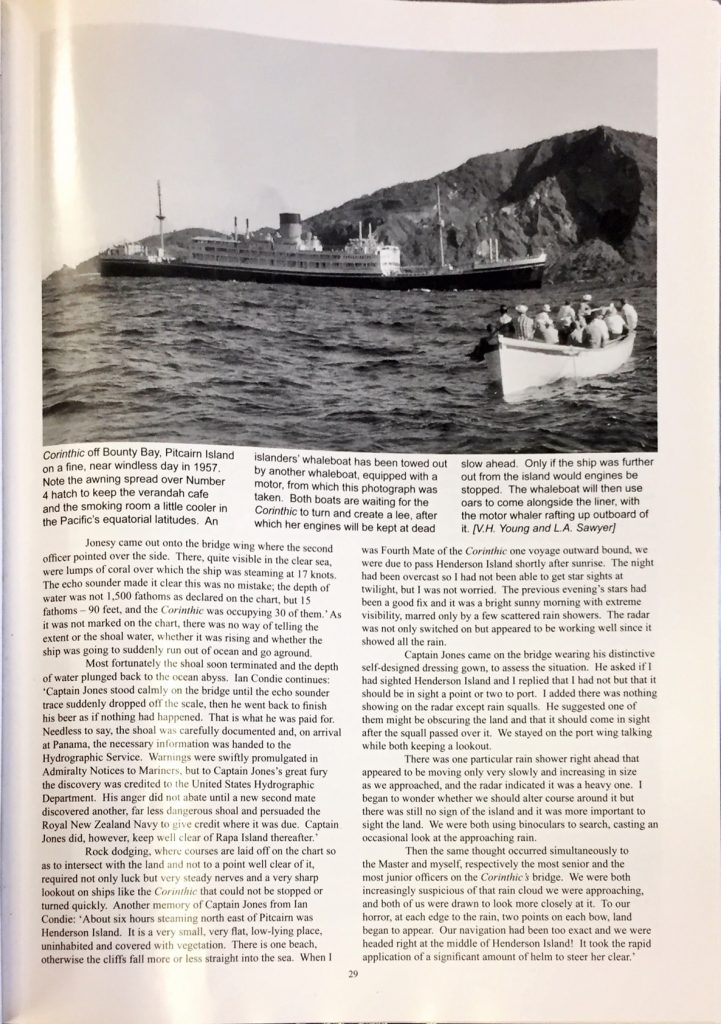 Before building any model there is a process that I replicate. This process is both mathematical and scientific, with a focus on obtaining as much information as possible and outlining each and every detail on the model before proceeding with building. It is a similar process to how real ships are built. Some model makers work from the eye, using photos of the ship to create a replica, just like artists. We prefer to work in the way we do because we are devoted to creating something that is an exact scaled down imitation of the real thing.

With this model, the first thing I did was to correct and repair the plans to the extent that was possible. I created the frames and beams before planking the 2.5 metre hull. Then I added fibre glass to avoid any cracks after years of the model being on display. Then I completed the decks, superstructure and finally the smaller details. I would say that around 50% of my time in this project has been spent planning and the remaining 50% building. This is generally the case with any project, which sometimes can create problems of showing clients progress, as although I have done a lot of work, there is nothing concrete for them to see. 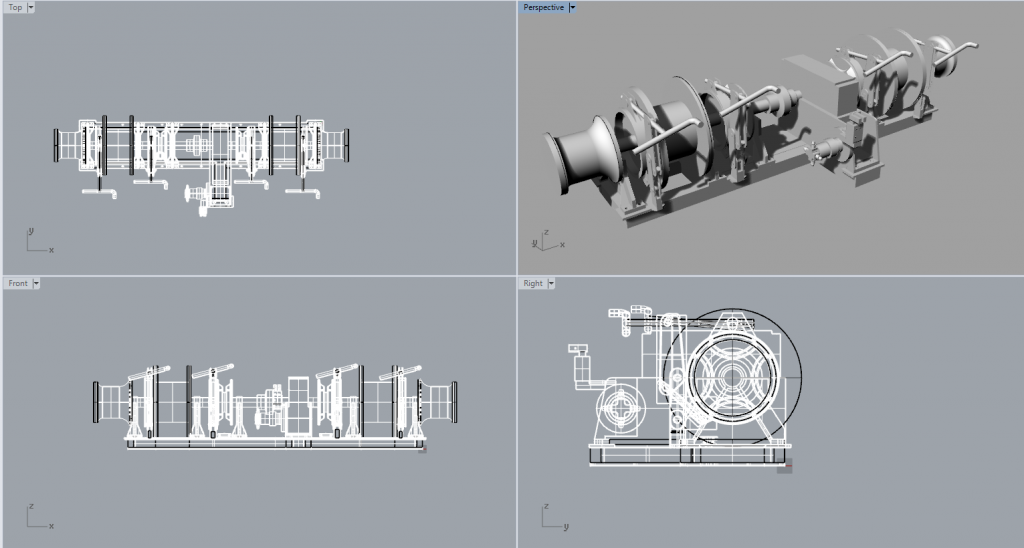 4.       What are some of the biggest challenges you’ve faced in this project?

The biggest challenge by far has been the problems with the plans, as I explained above. It made it difficult to complete the details on the decks although the book my colleague found did help a lot. The lines on the plans were twisted, which meant when comparing plans from say the superstructure and the hull, there is different information. For example, the width in the middle may have been different or the curvature of the hull. I overcame this by changing the plans of the superstructure and the hull.

Other challenges we’ve faced include discovering there was a rebuild on the ship, which meant some structures on the deck appeared differently between the information in the plans and the look in the photos. There was also differences between the plans as some plans were from before the rebuild and some from after. 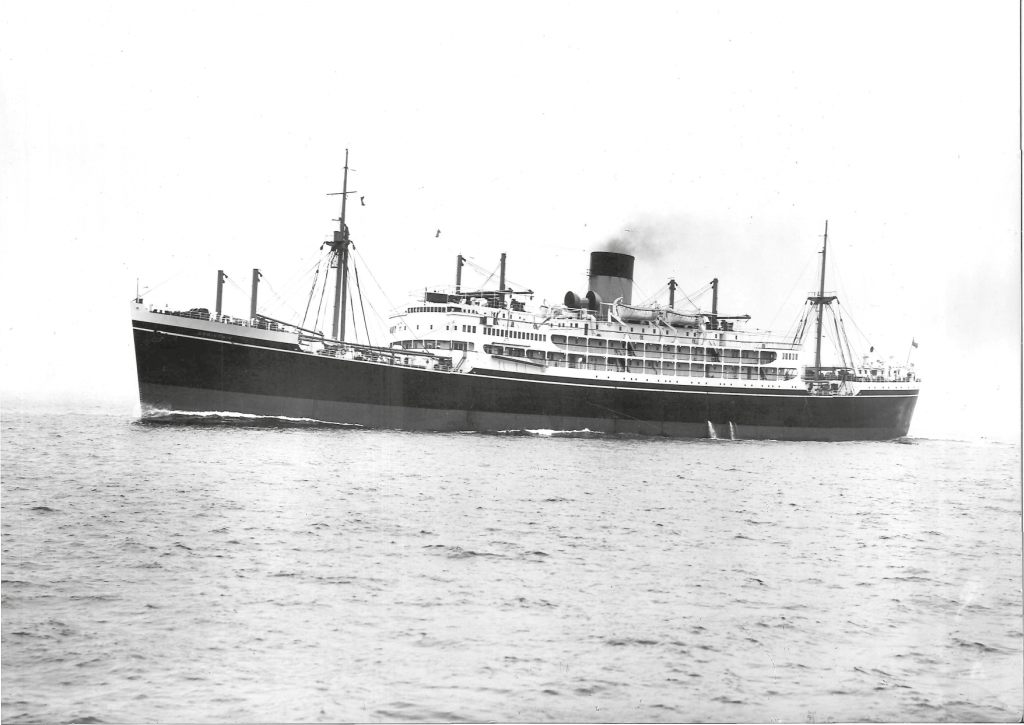 5.       What have you found most exciting about this project?

The amount of research required has been enjoyable as I enjoy a challenge! I found information about the company that made the equipment on the boat to help me create the details more accurately. This was the first project that we used the 3D printer for, which was fun. We used the 3D printer for the lifeboats, winches and details on the deck. 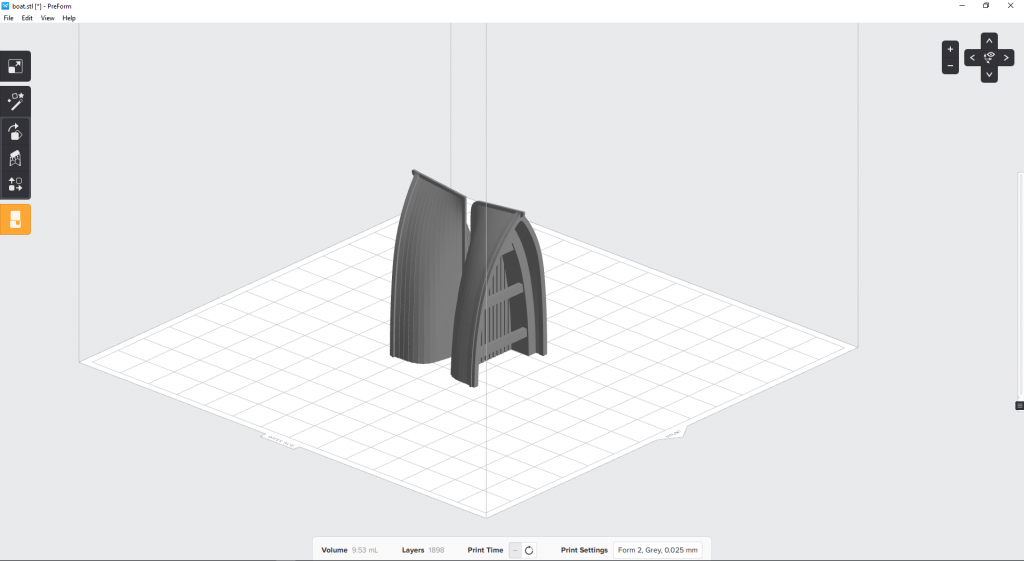 6.       How do you balance the need to meet your own and customer’s expectations with staying commercially focused?

I’m still learning about how to do this effectively. I do not find the balance to be honest. In my opinion, the biggest fight you have in life is with yourself! If there is a problem with only one detail on the model, even if only an expert would notice it, I can’t leave it. Every time I look at the model this detail would stick out. 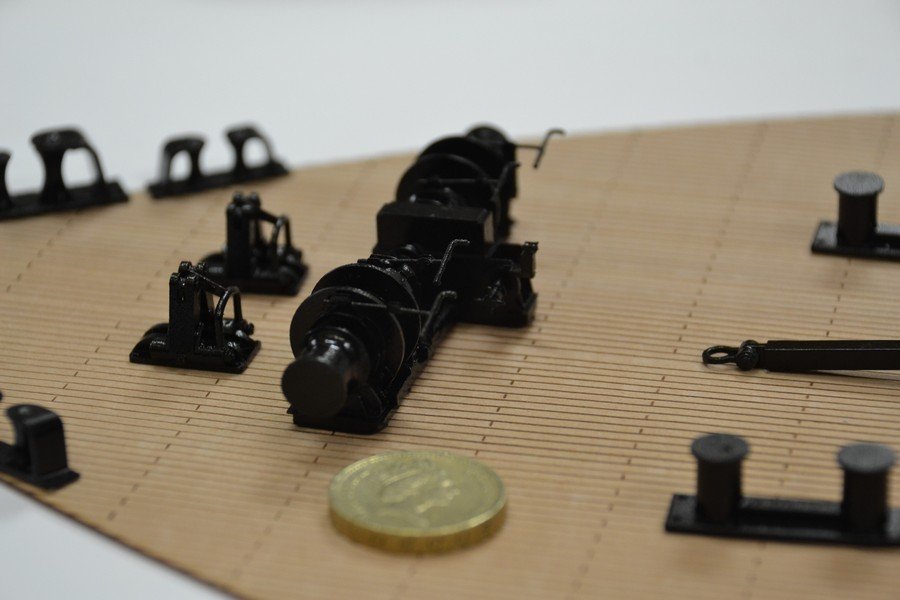 7.       You’ve used new technology to build this model – tell us about that and how it helped the process?

Yes we have used the 3D printer for the first time to build this model. The 3D printer means we can work much faster because the smaller details, which could take a day or two by hand can be made in only a few hours. The scale of the model means you can see 99% of the details that are on the real ship. This means you cannot miss any details, regardless of how small they are, and that is why the 3D printer has been so useful.

8.       What advice can you give to other model makers who are starting out?

The best advice I can give is to make as much research as possible on the real ship. You should see every plan, read every story and understand all that you can about the ship. You should build with patience and a love for what you are doing, otherwise the final product will not be the best. Remember that everything in model making is possible – if you want it enough you will find a way to do it. 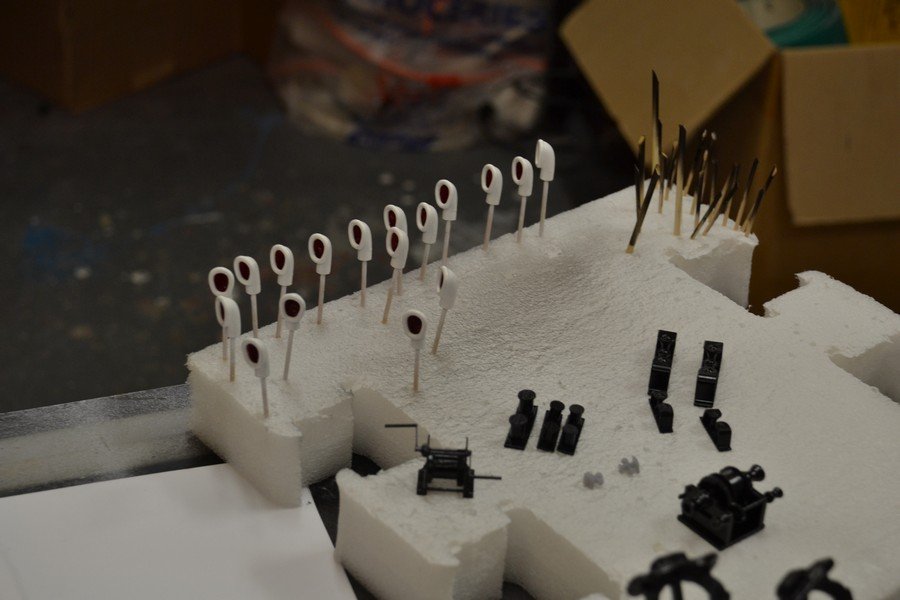 For the same client we will complete a model of HMS Pangbourne, which is a warship that the client’s family has a connection with. The HMS Pangbourne like the SS Corinthic has lots of small details so it will be the perfect opportunity to use the 3D printer again.

The SS Corinthic ship model will soon be completed and we will be sharing pictures of the finished masterpiece in due course. To stay up-to-date with all the latest news from Premier Ship Models, follow us on social media using the links below. 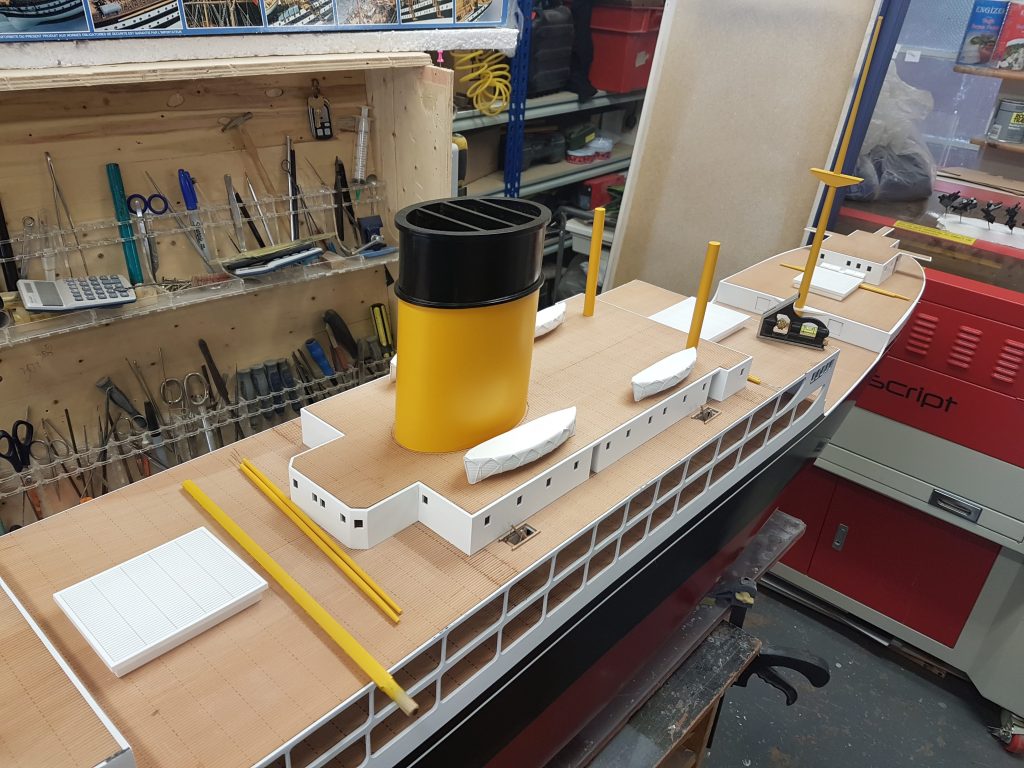 No comments (yet). Be the first to write a comment!