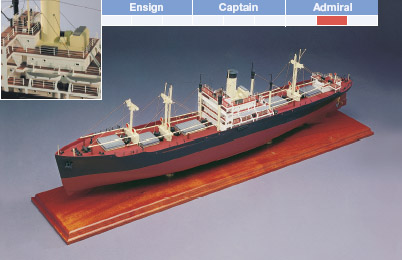 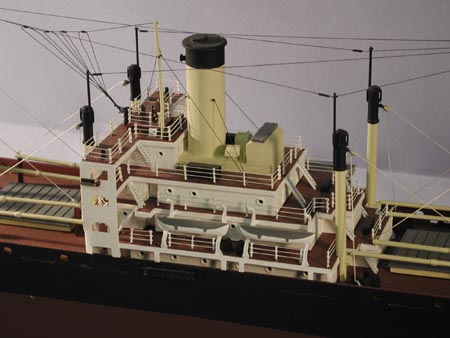 A total of 531 Victory ships were built by the North American Shipyards to replace losses caused by the German submarines during World War II.  They were a class of cargo ship that was a more modern design than the Liberty ship.  They were able to participate in high-speed convoys and were a more difficult target for the German U-boats due to a more powerful steam turbine engine.  After the war Victory ships became the backbone of the US Merchant Marine.

The intermediate to advanced modeler can create an unusual and beautiful model cargo ship from this kit.

Sorry we have no extra information for this product
This Vessel Type is Container
Copyright © 2021. US Premier ship Models. All Rights Reserved.