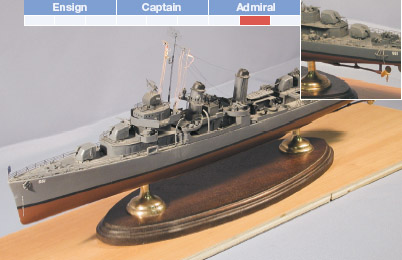 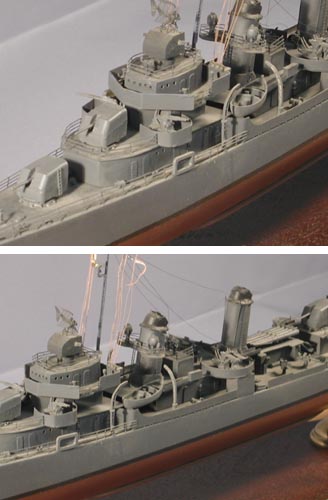 USS Kidd (DD-661) is a Fletcher-class destroyer.  The Fletcher class was built by the United States during World War II and commissioned 175 Fletcher-class destroyers between 1942 and 1944 by the United States Navy.  The USS Kidd was the first ship of the US Navy to be named after Real Admiral Isaac C. Kidd who was killed on the bridge of the USS Arizona during the attack on Pearl Harbor in 1941.  She was launched and commissioned in 1943.  The design was highly successful with a speed of 38 knots and a principal armament of five 5-inch guns and ten 21-inch torpedoes.  The USS Kidd is a museum ship in Baton Rouge, LA carrying every weapon put onboard a Fletcher during the war.

This model boat kit is a project for advanced modelers.