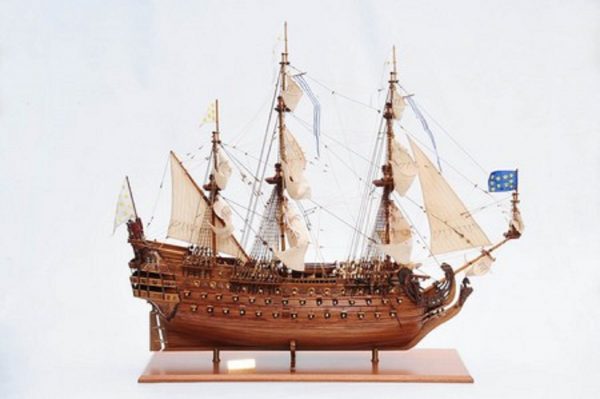 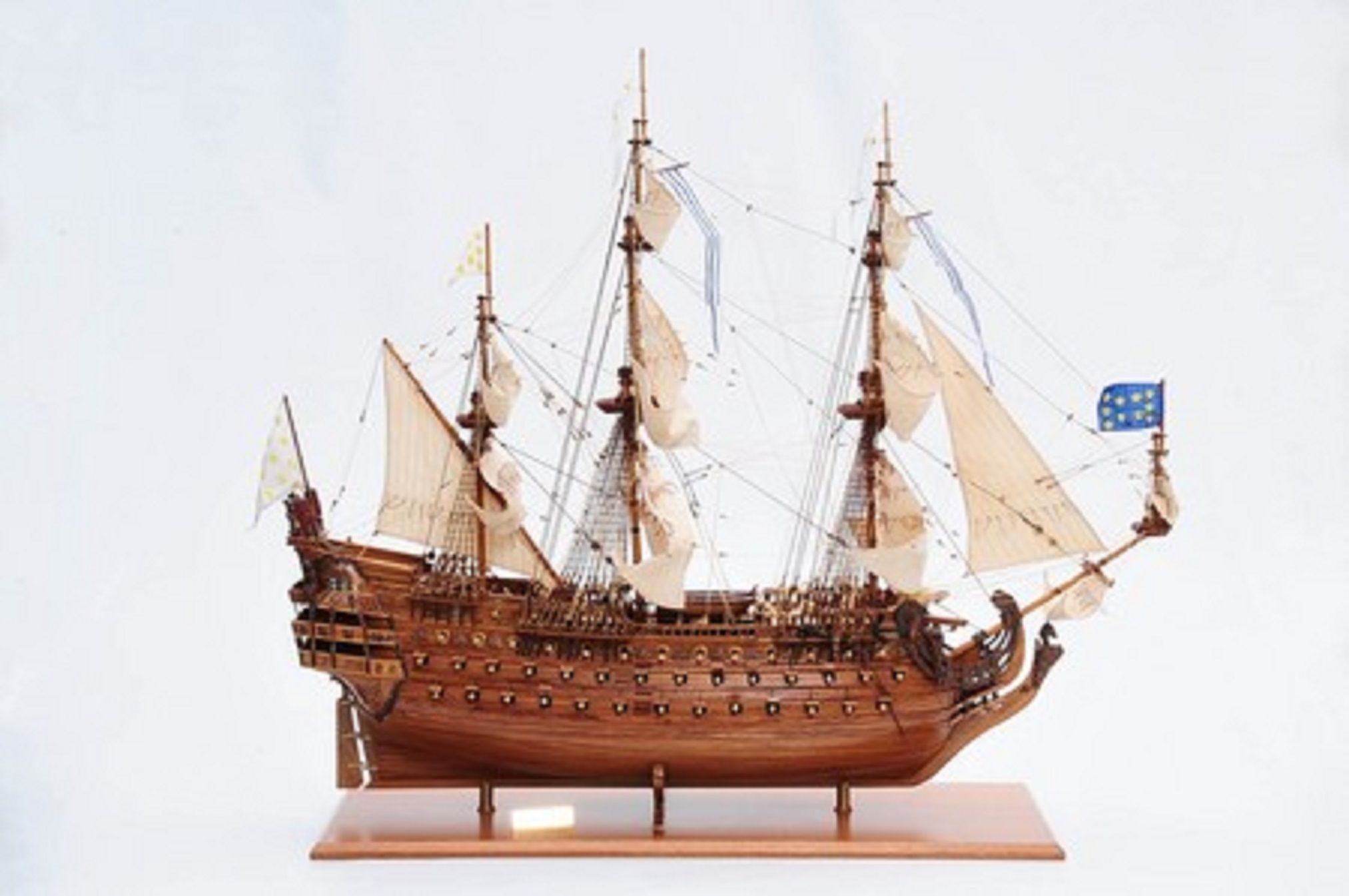 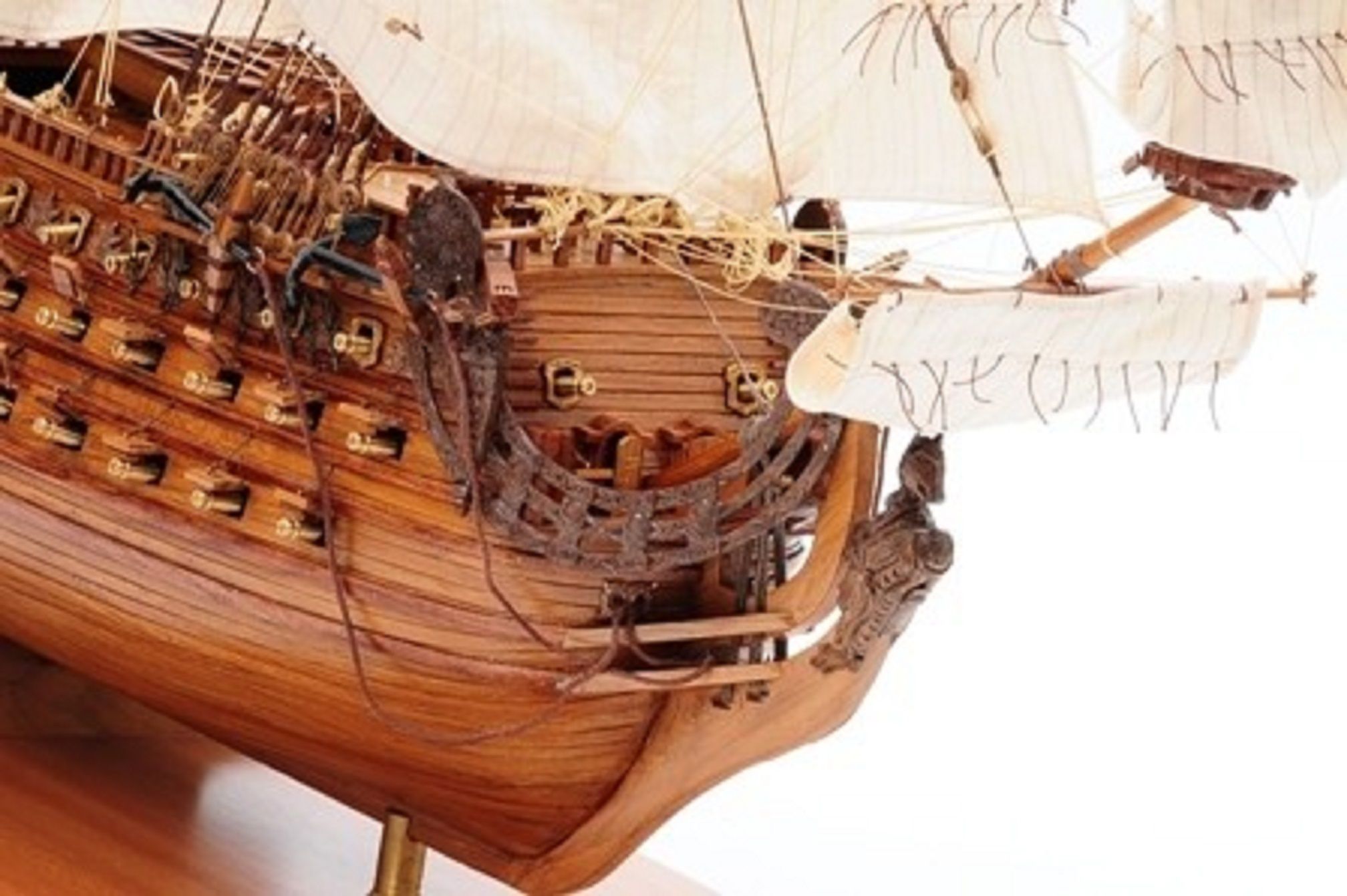 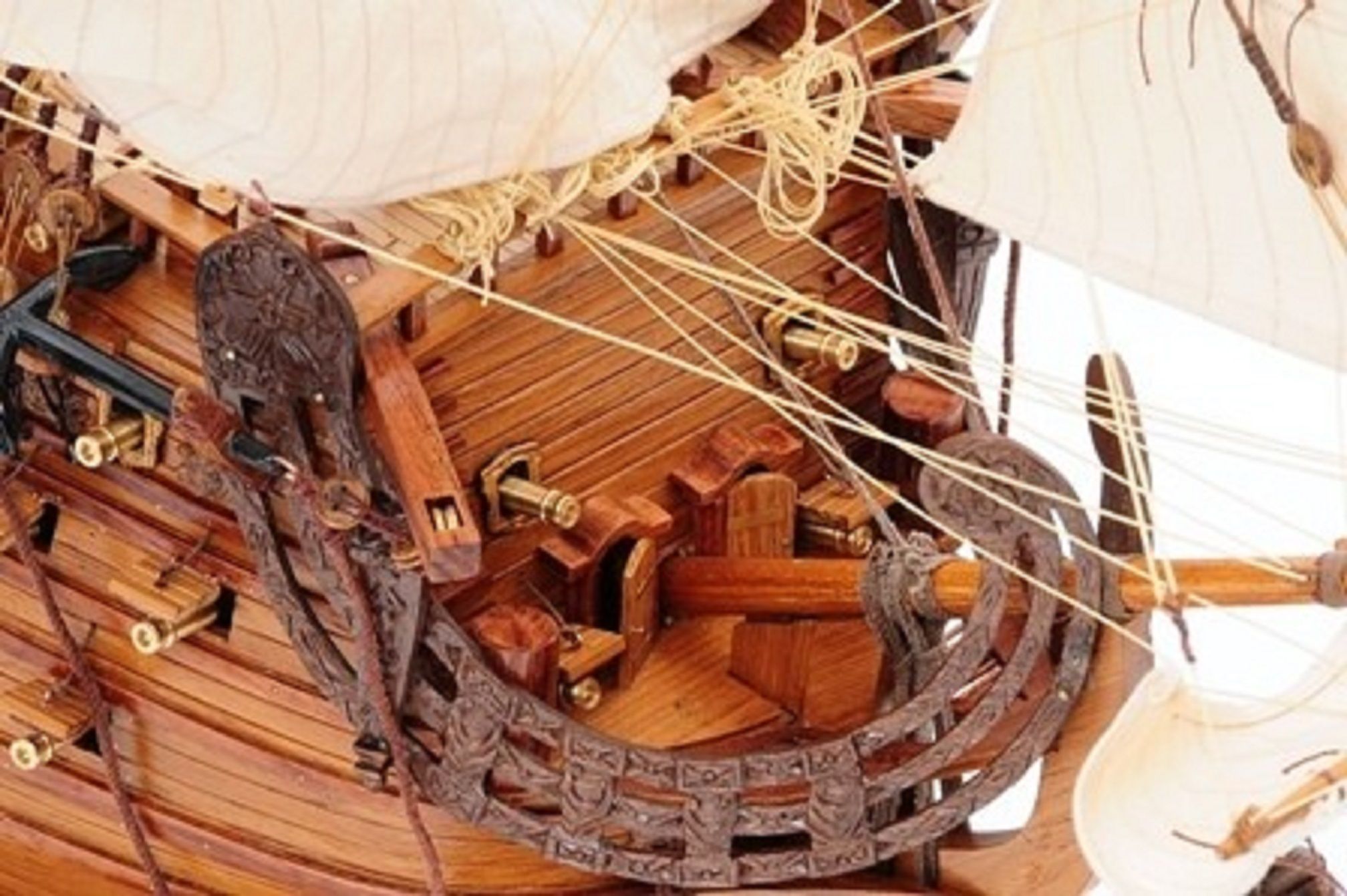 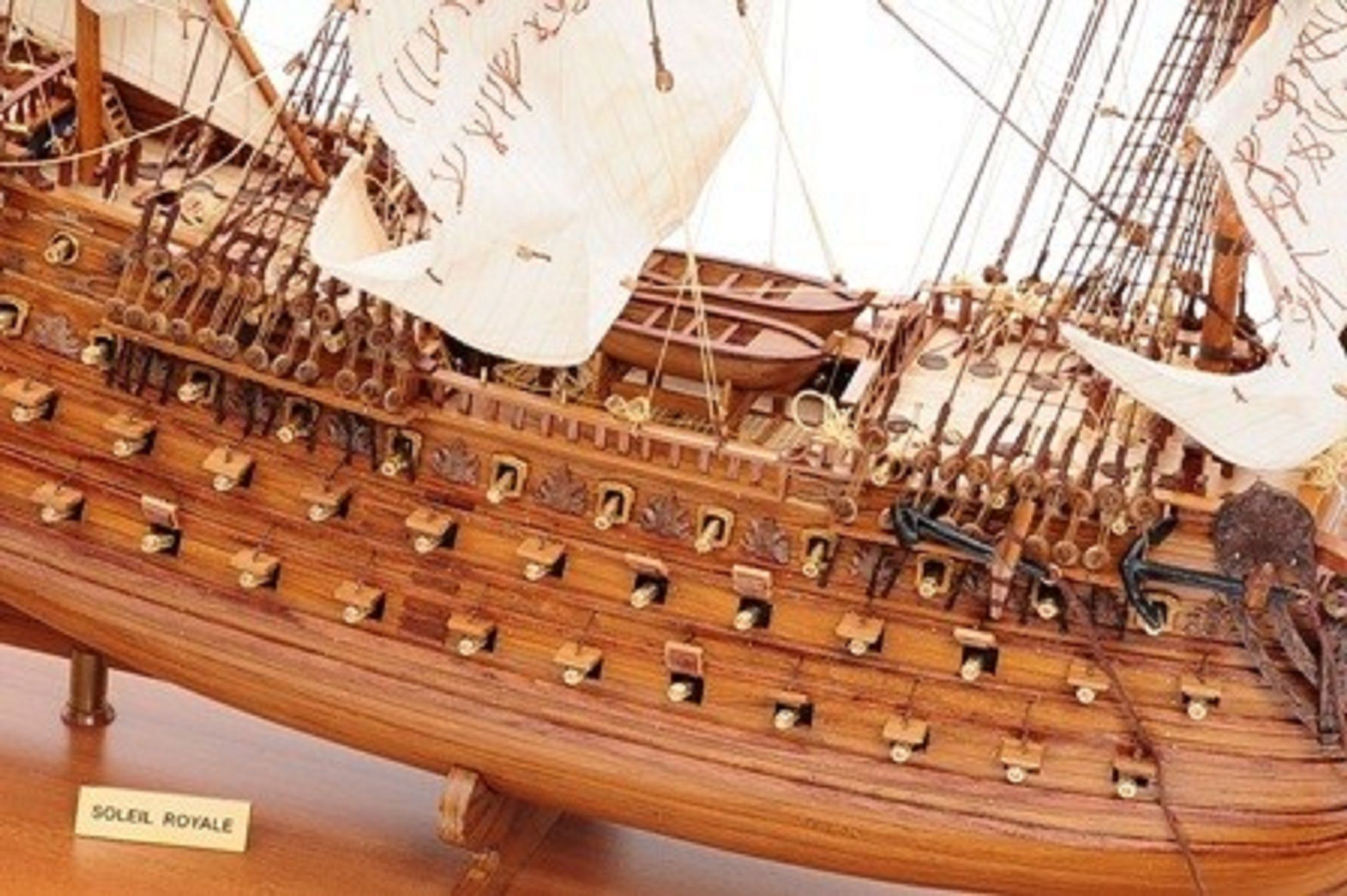 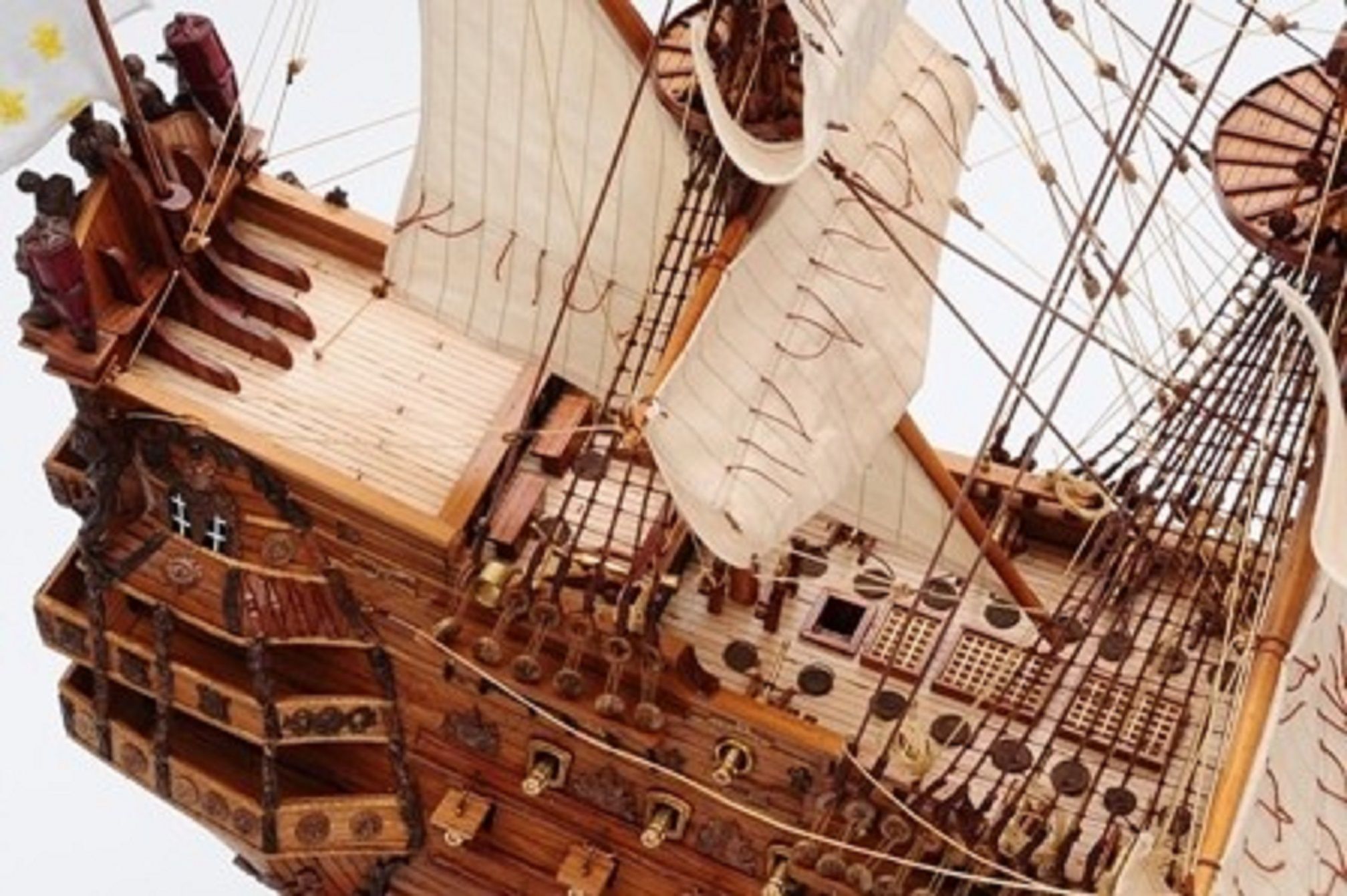 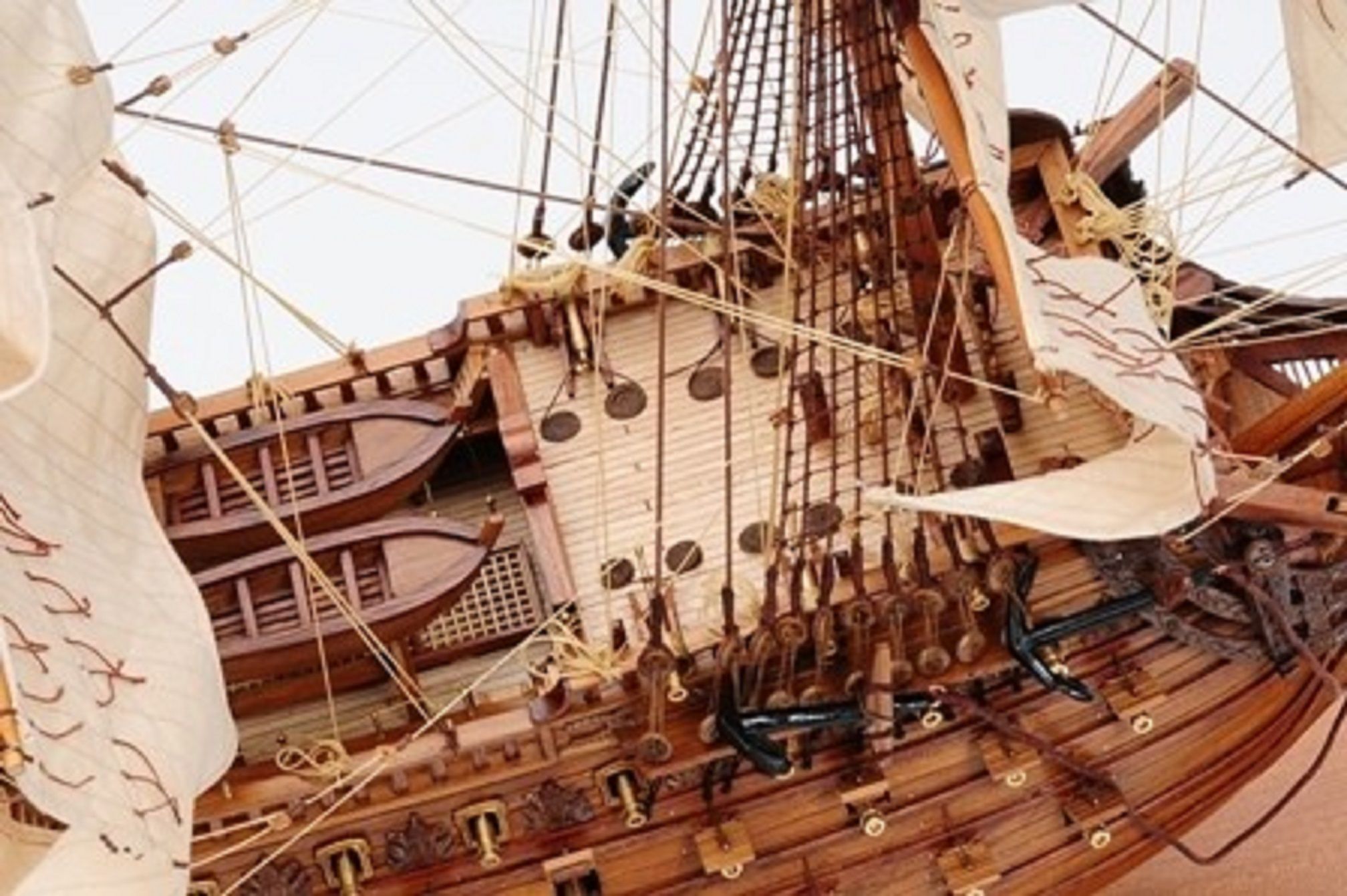 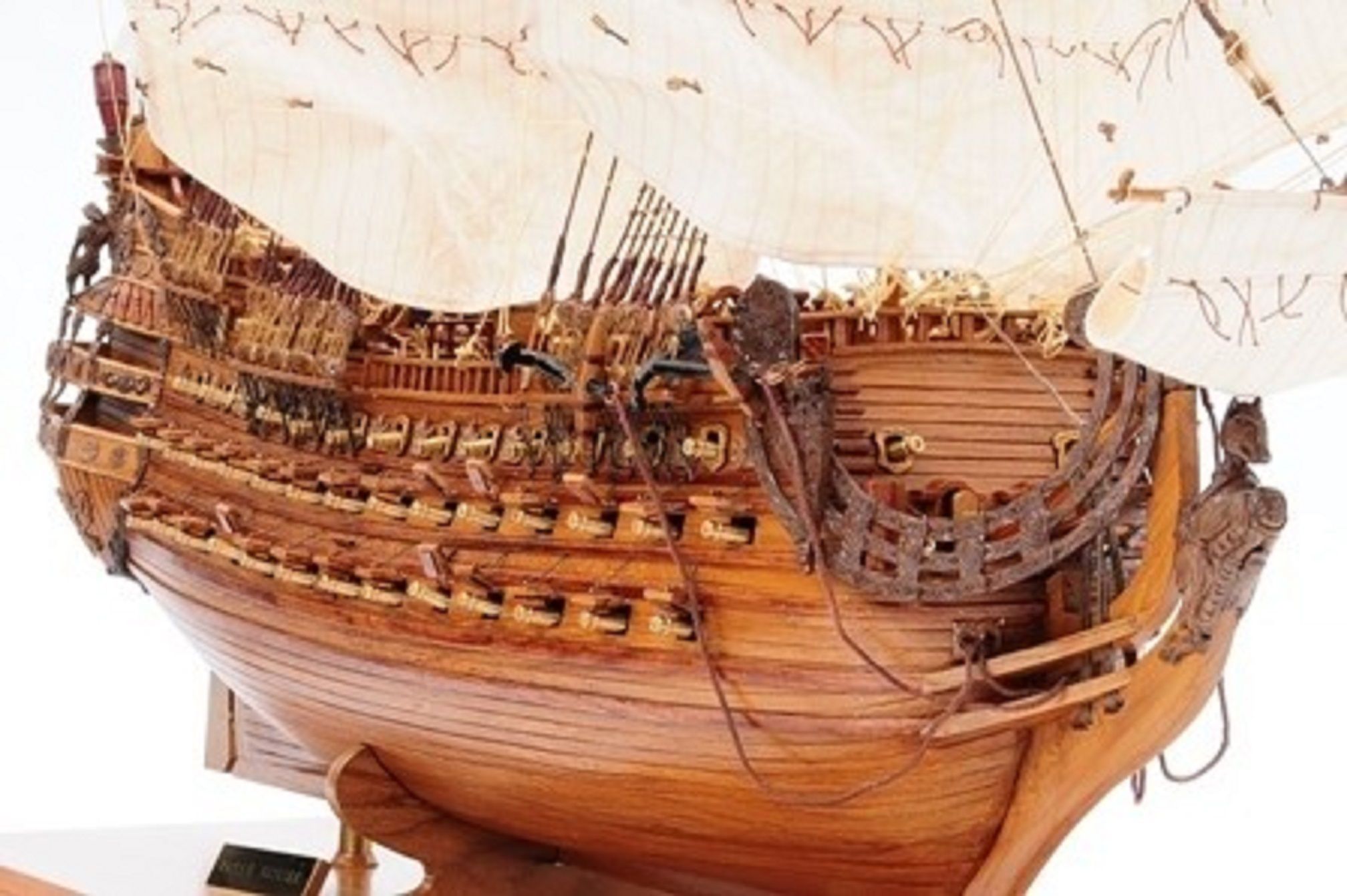 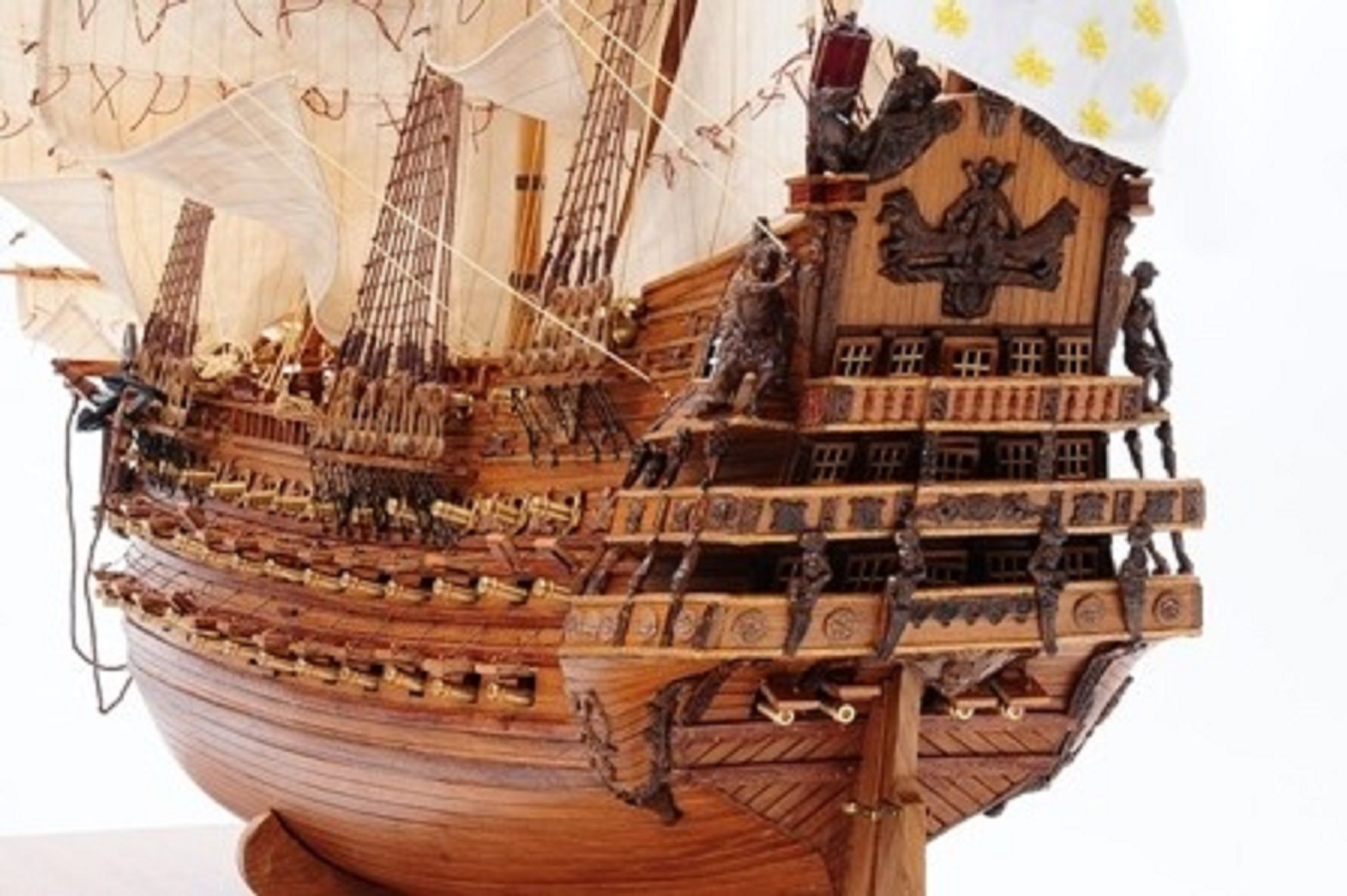 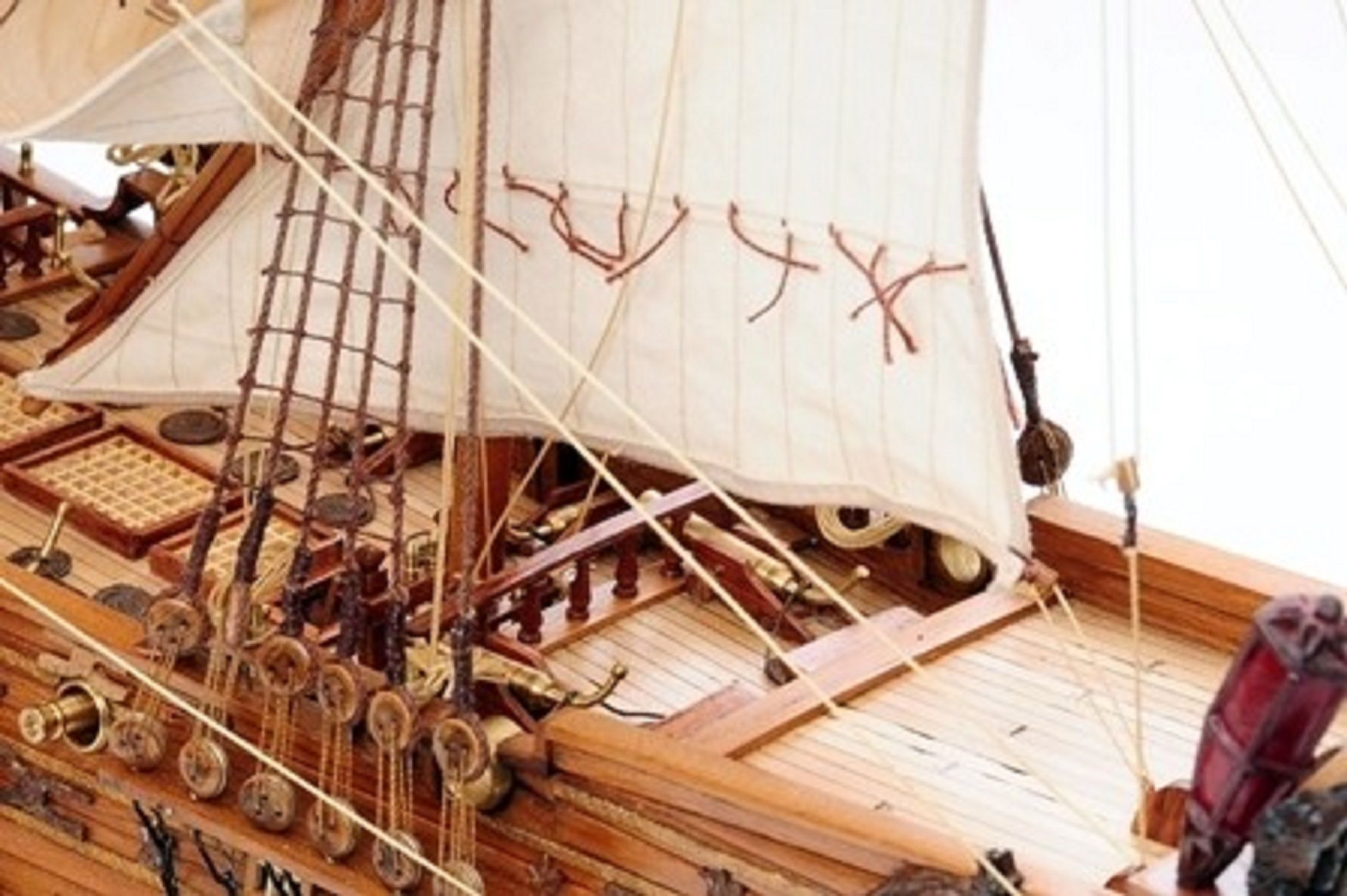 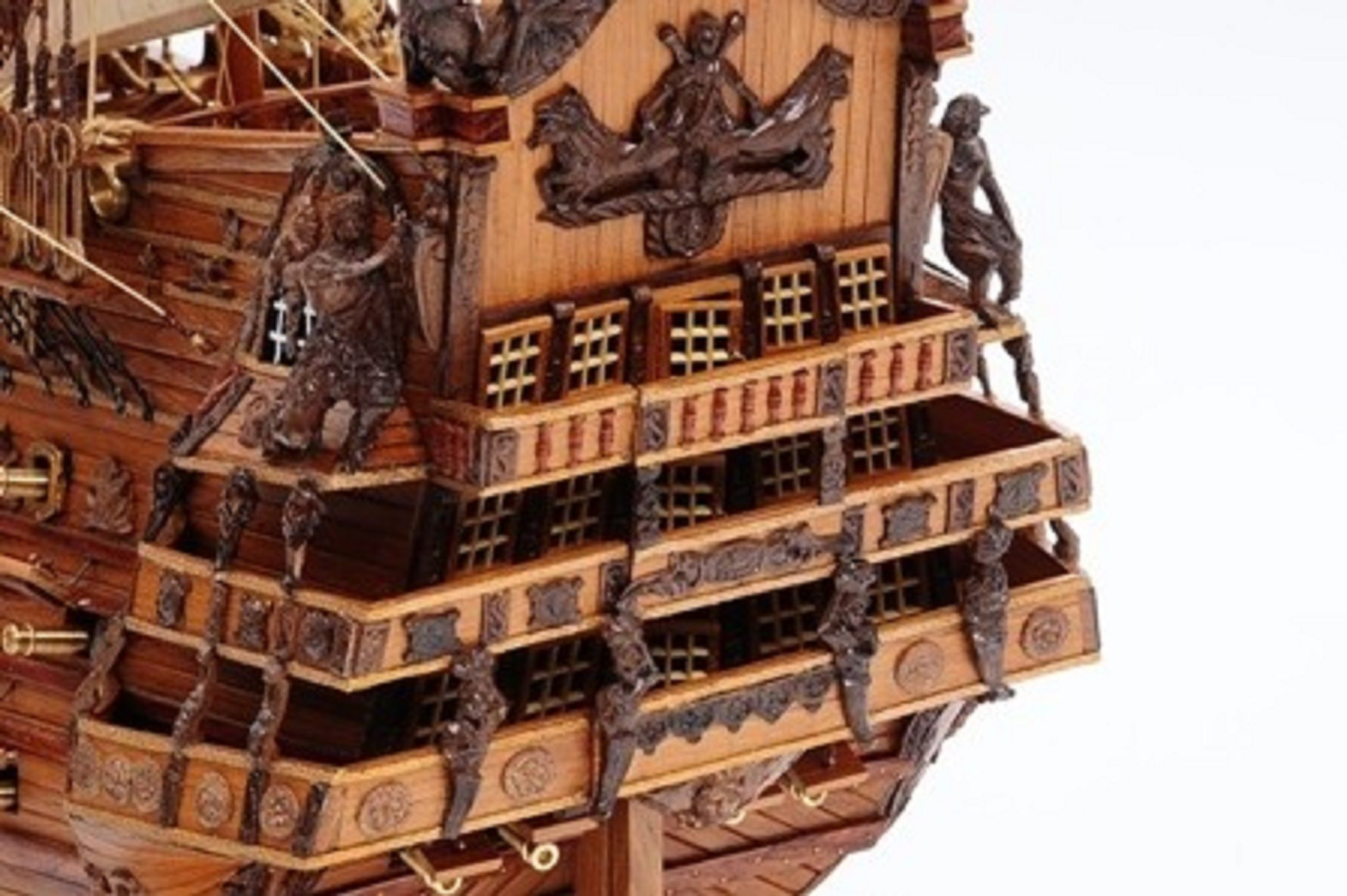 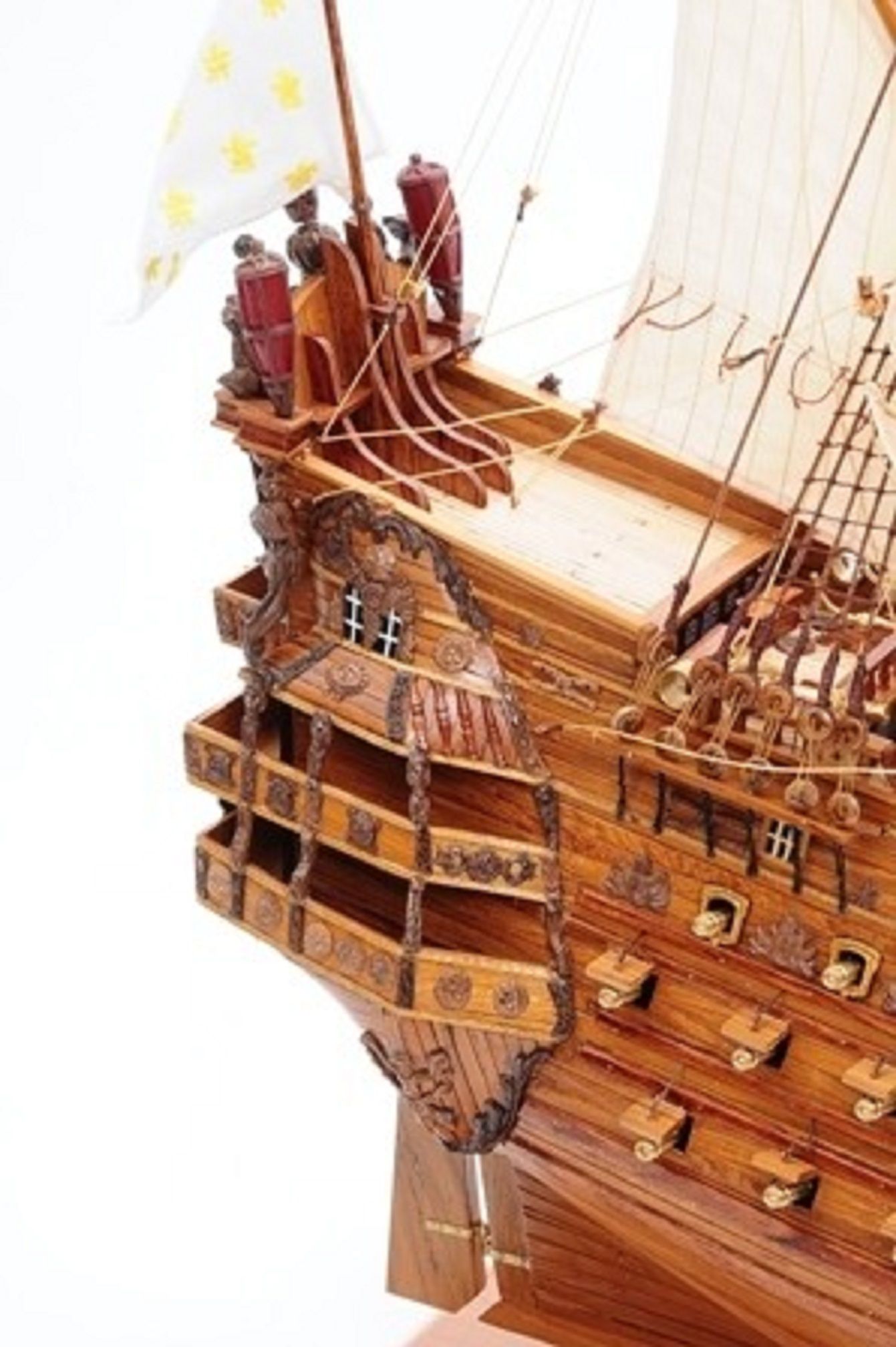 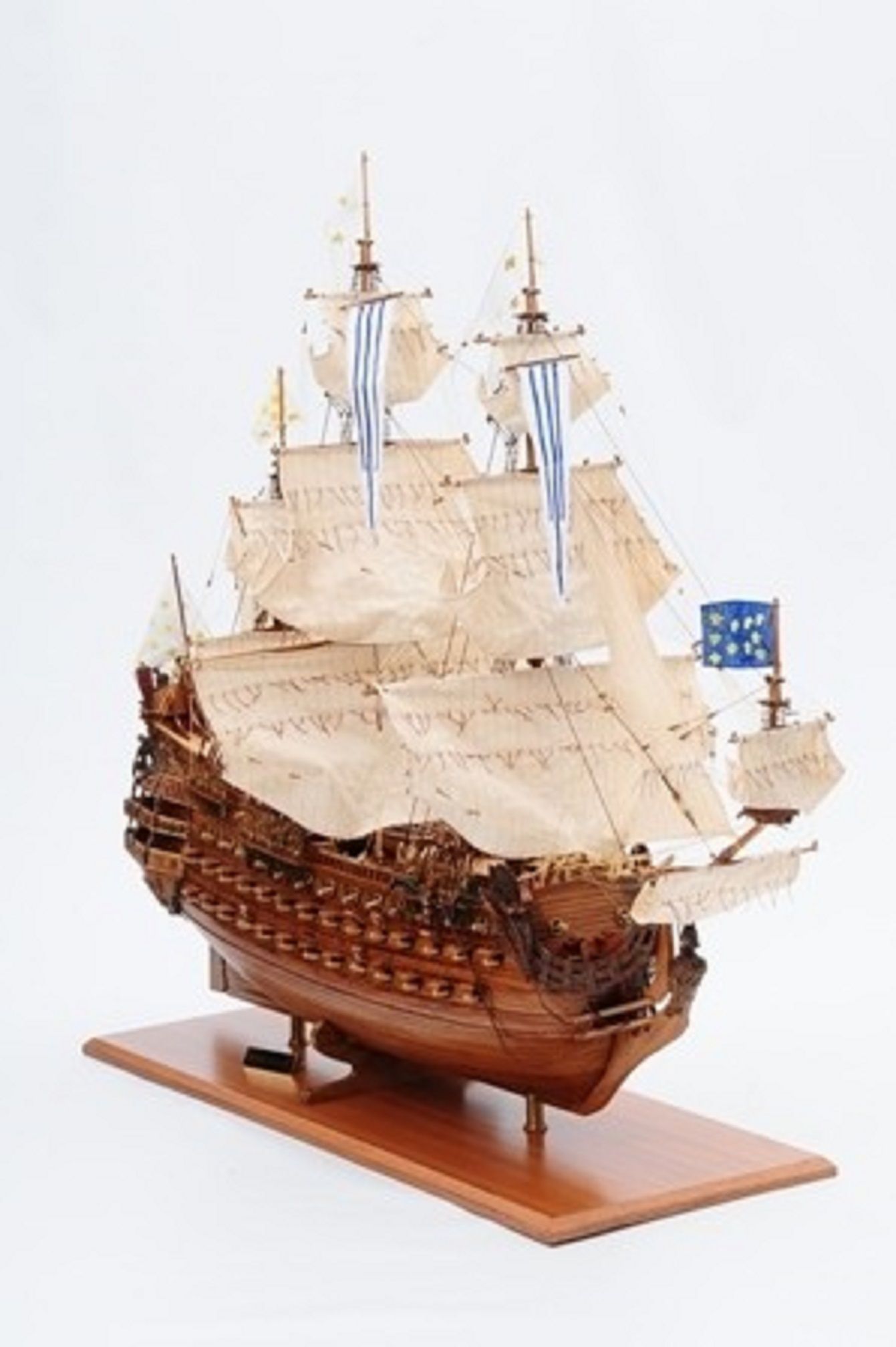 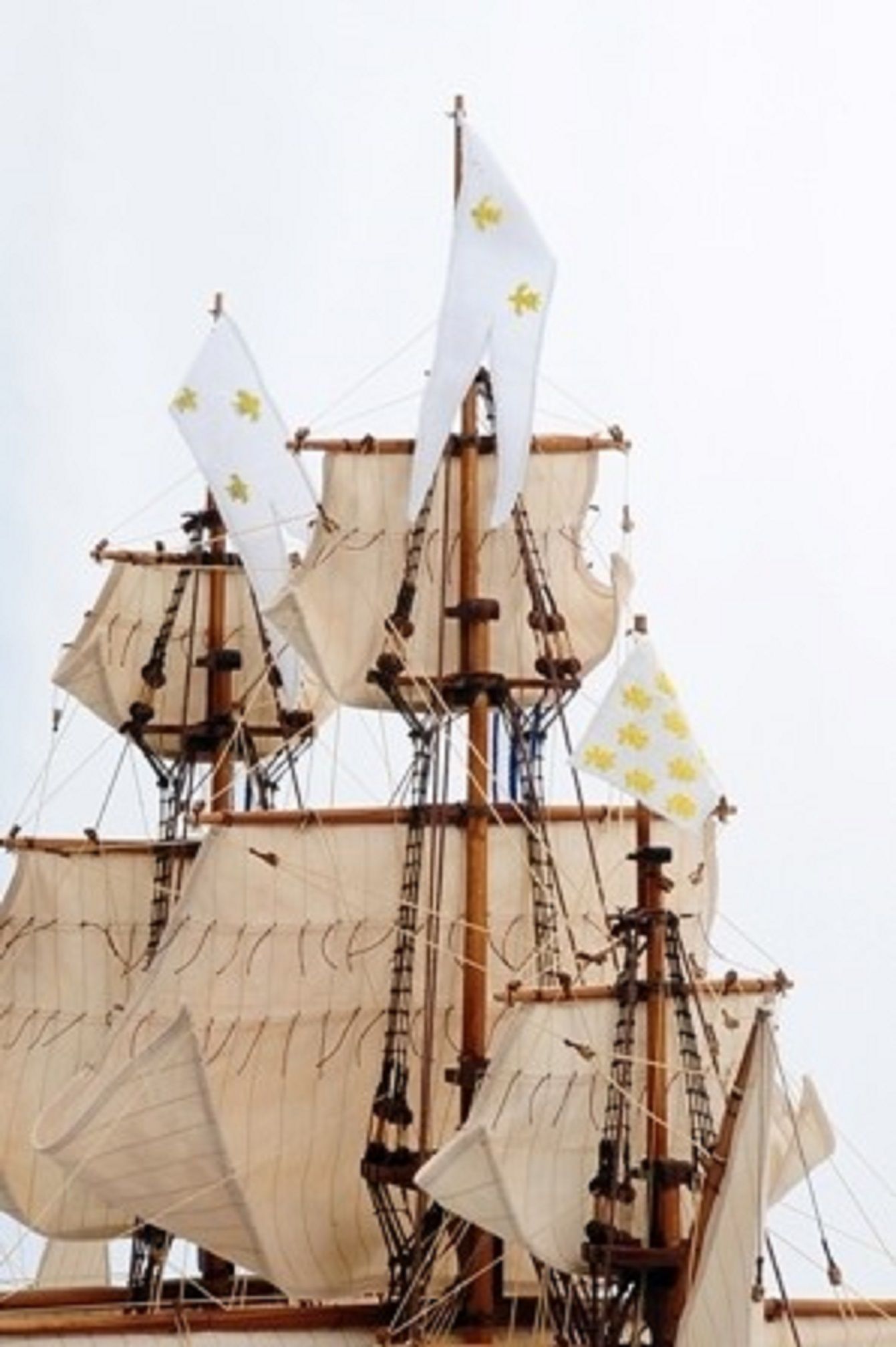 The Soleil Royal showcased the might of the French navy at its peak and was built during the reign of King Louis XIV, arguably the most powerful French monarch ever.

It is debatable as to when exactly the ship was built as various sources cite different dates. It is roughly estimated the vessel was built in between 1668 to 1670. She was left unused for many years till the ‘Nine Years War’ broke out in 1688 when she was re-commissioned by Louis XIV. Le Soleil Royal which means ‘the Royal Sun’, named in honour of the king who chose the sun as his personal symbol.

The ship set sail on 22 June 1690 from Brest under the flagship of Vice Admiral Anne Hilarion de Tourville with 112 guns and 1200 men. On the morning of 10 July 1690 the Battle of Beachy Head began when the French surprised the British who were anchored there. The Soleil Royal was leading the formation.

On 12 May 1692 the Soleil Royal left Brest armed with 104 guns this time for the ‘Battle of Barfleur’, leading a 45 vessel fleet. On 29 May she was met by a fleet of English and Dutch which comprised 97 ships. Despite being outnumbered the French attacked but were forced to retreat after incurring heavy damage. The Soleil Royal could not make the trip to Brest and therefore had to be docked at Cherbourg for repair work.

On the night of 2nd and 3rd June 1692 the Soleil Royal was attacked at the Pointe du Hommet by 17 ships. She replied with artillery fire but a fireship caused her stern to catch fire and although the population of Cherbourg came to her rescue all but one of her 883 crew died in the fire.

Premier Ship Models offers model ship enthusiasts a high quality hand-crafted scale model of this historic ship. You can also order from a range of other historic and modern ships at our website, all are created from wood with the same meticulous attention to detail. To view more of our ship models please browse our website or feel free to Contact Premier Ship Models with any questions you may have.

Sorry we have no extra information for this product
This Vessel Type is Ship of the line
Copyright © 2022. US Premier ship Models. All Rights Reserved.