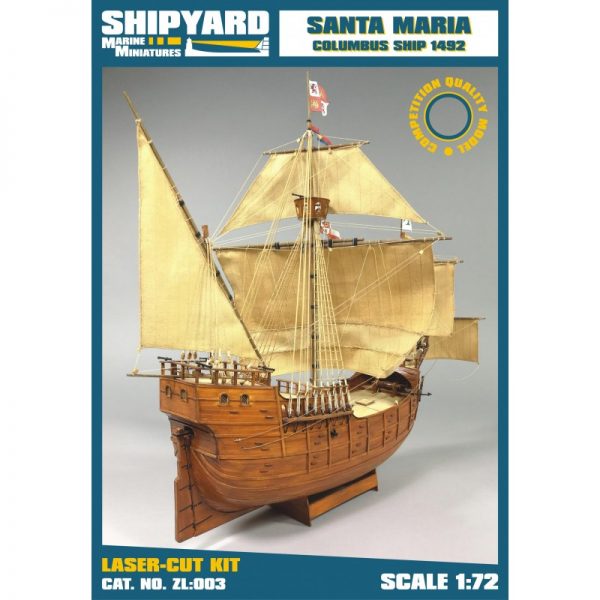 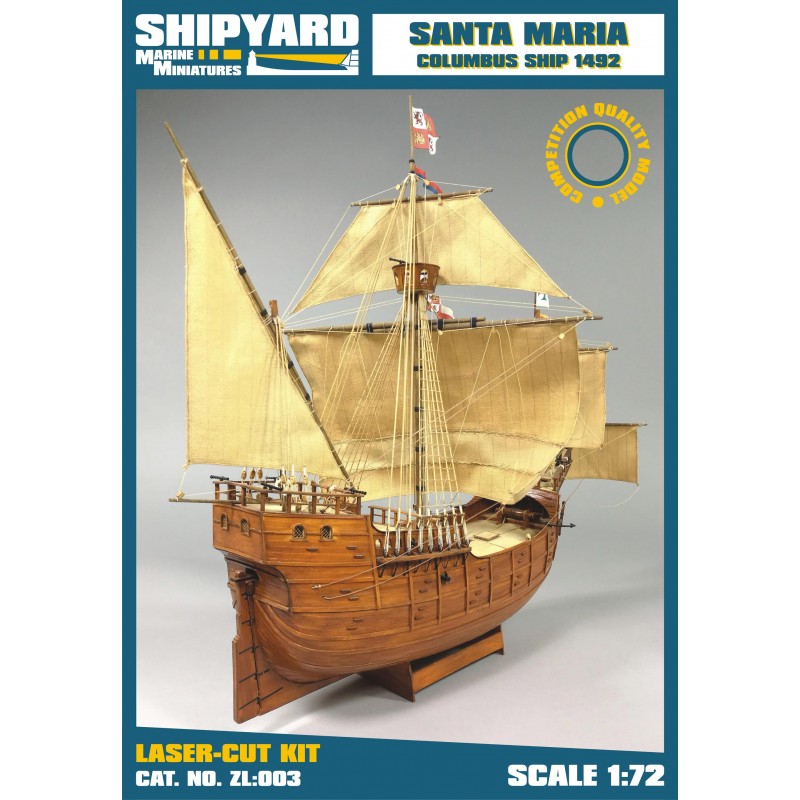 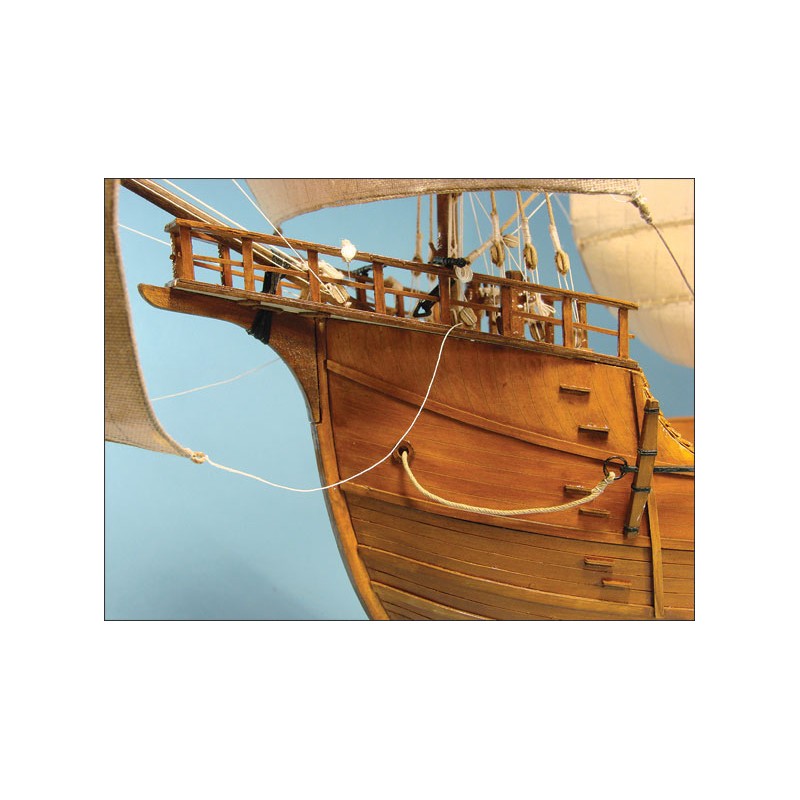 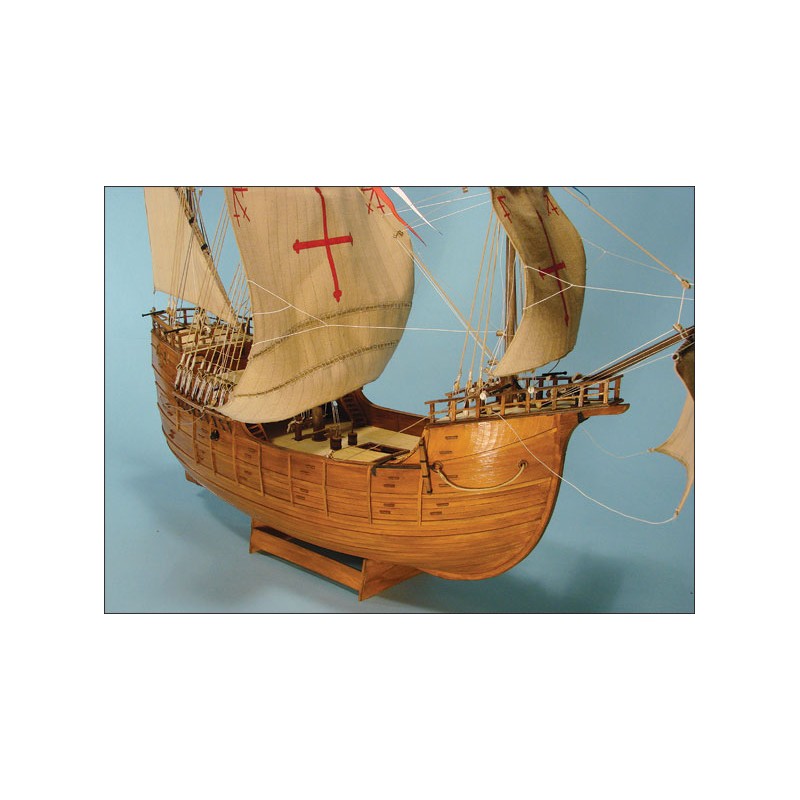 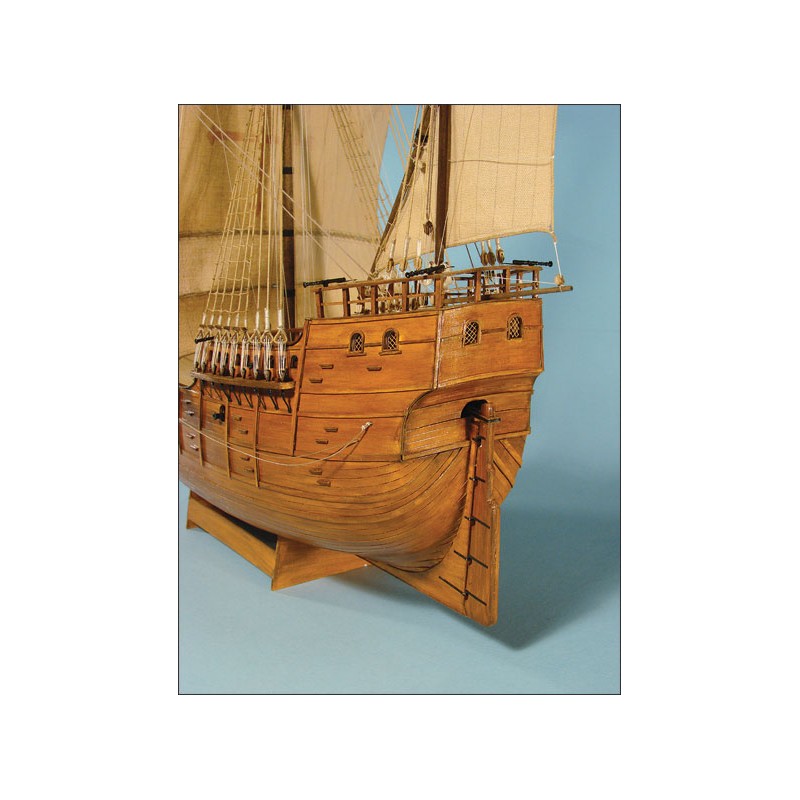 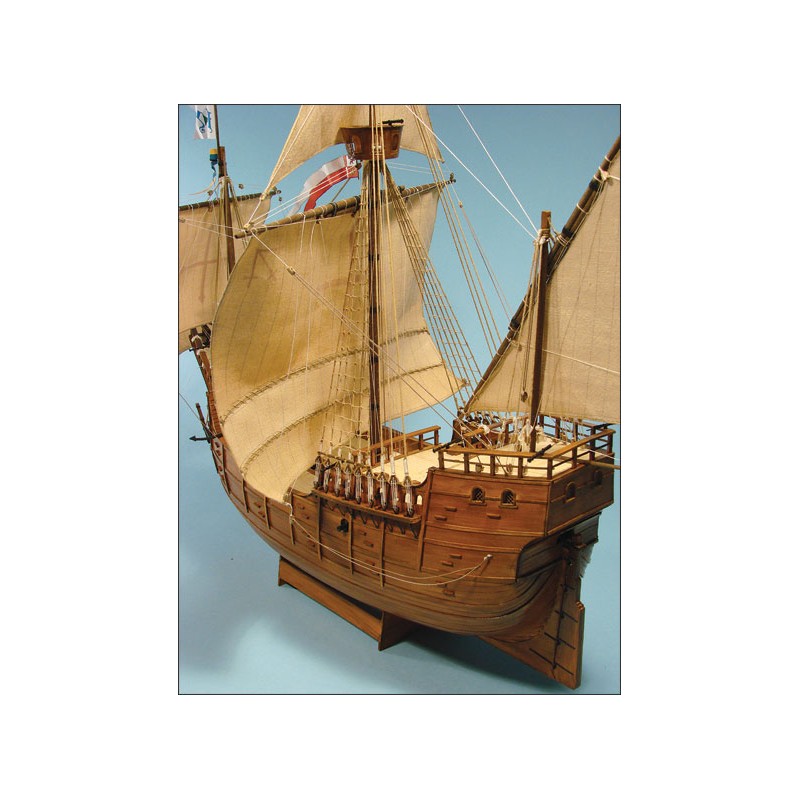 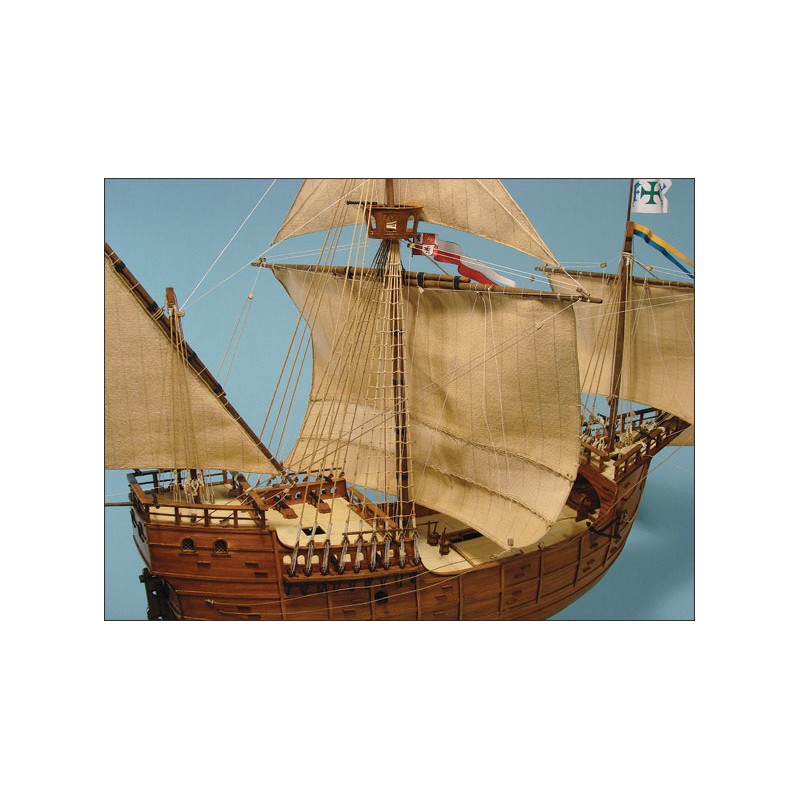 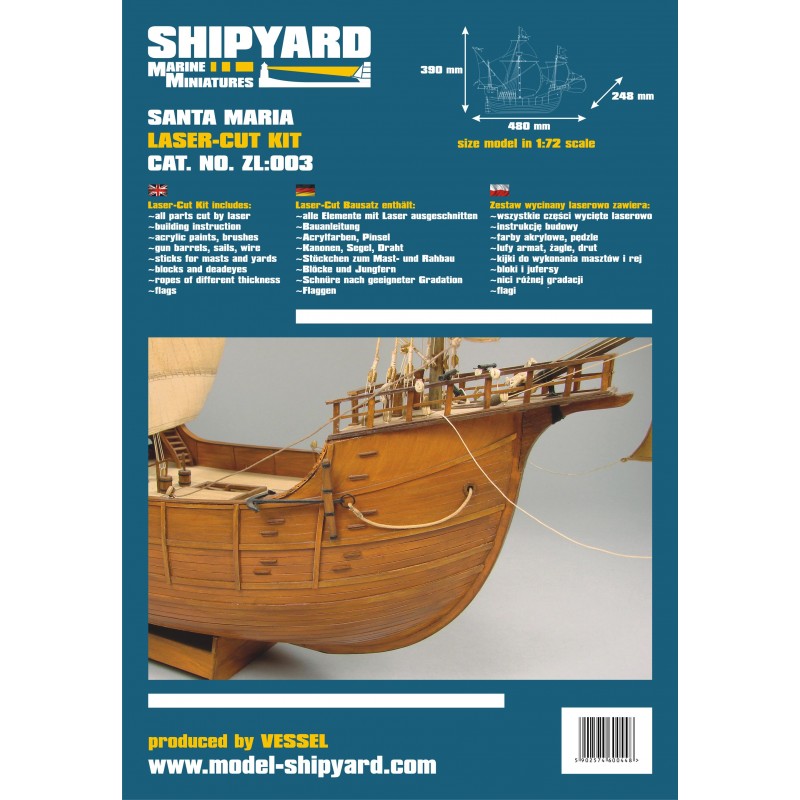 Santa Maria 1492 Wooden Model Ship Kit is manufactured by Shipyard Models, who have a range of ready for assembly models built of wood. The kit includes all the parts and pieces to build and included are paints and sails for finishing touches on the model.

The Santa Maria was owned by Juan de la Cosa, who became a widely celebrated cartographer famous for the first European World Map including the Americas. She was acquisitioned by Queen Isabella and given as Cristopher Colombus’ Flagship. The Santa Maria is known to have been the only vessel within the fleet which was properly equipped for exploration on the first Expedition to the Americas. Although she was technically Colombus’ ship to command, Juan de la Cosa still owned and Captained the vessel. In fact much is discussed in the journals between the competition between the two which was so fierce it is referred to as the Mutiny.

On her first voyage under Columbus’ command, alongside the Niña and the Pinto, the Santa Maria found several small Caribbean islands and, although thinking himself in Japan, found Cuba for the Europeans. After befriending the locals in Cuba he realised he was somewhere entirely new and proceeded onwards to other islands. Skimming the coast around Cuba he found the Natives friendly and proceeded to capture and kidnap them in secret. He enquired about the gold which he saw in Native towns and they advised it was produced in Hispaniola, then known as Bohio.

Curiously, the name Santa Maria was not well documented at the time and many theories exist about what the name was and why this inconsistency existed. Similarly curious are the events that transpired when she was wrecked. Although how she was wrecked is a mystery, what is certain is that she was wrecked off Haiti on Christmas Day on a sandbar extending off the coast. Her timbers were broken down and used to build the Fortress Navidad; Columbus named it such because the shipwreck of the Santa Maria, which was scavenged to build it, had happened on Christmas Day.

Sorry we have no extra information for this product
This Vessel Type is Caravel
Copyright © 2021. US Premier ship Models. All Rights Reserved.