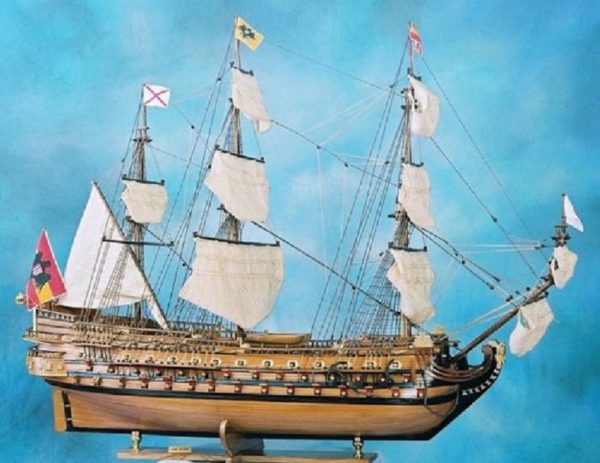 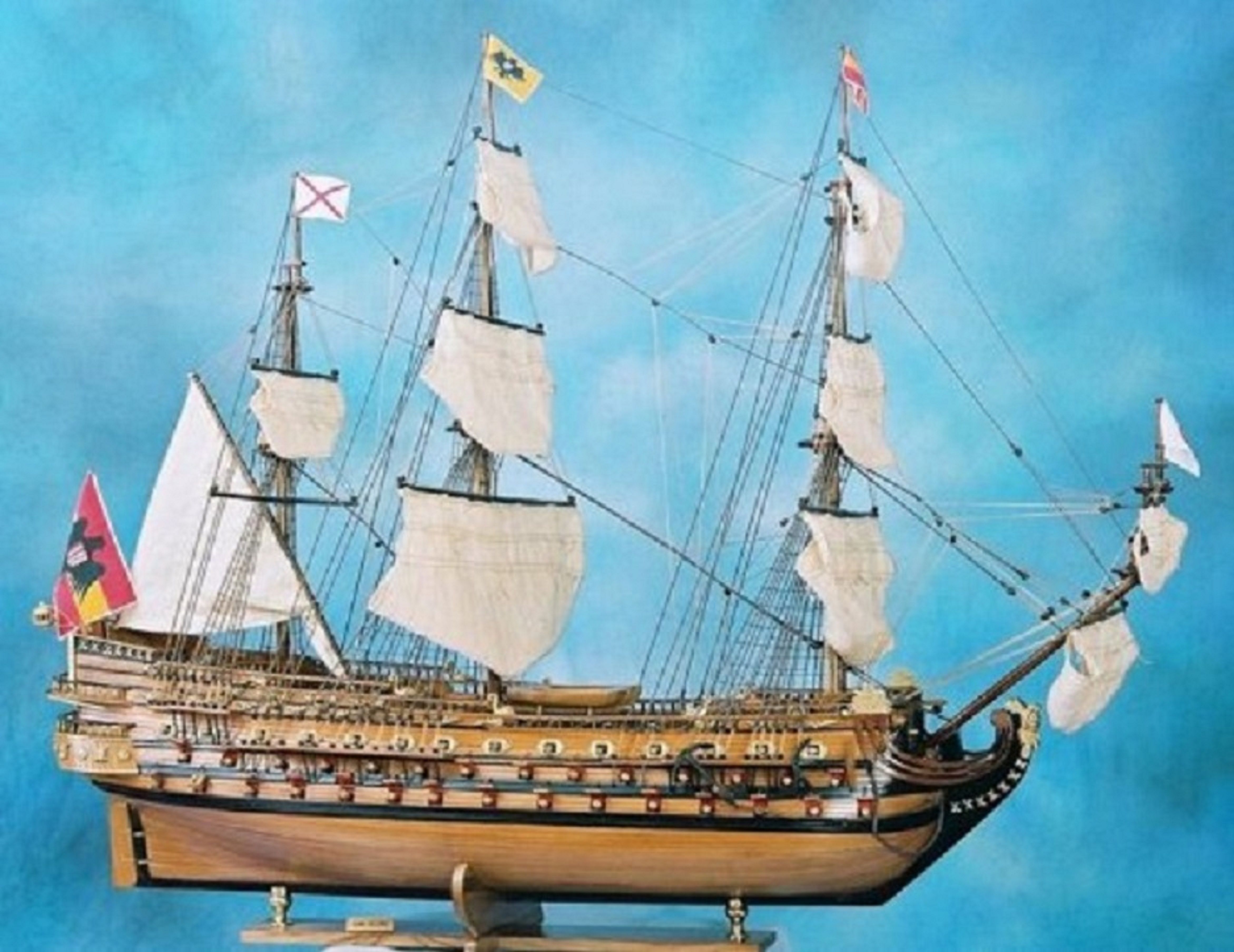 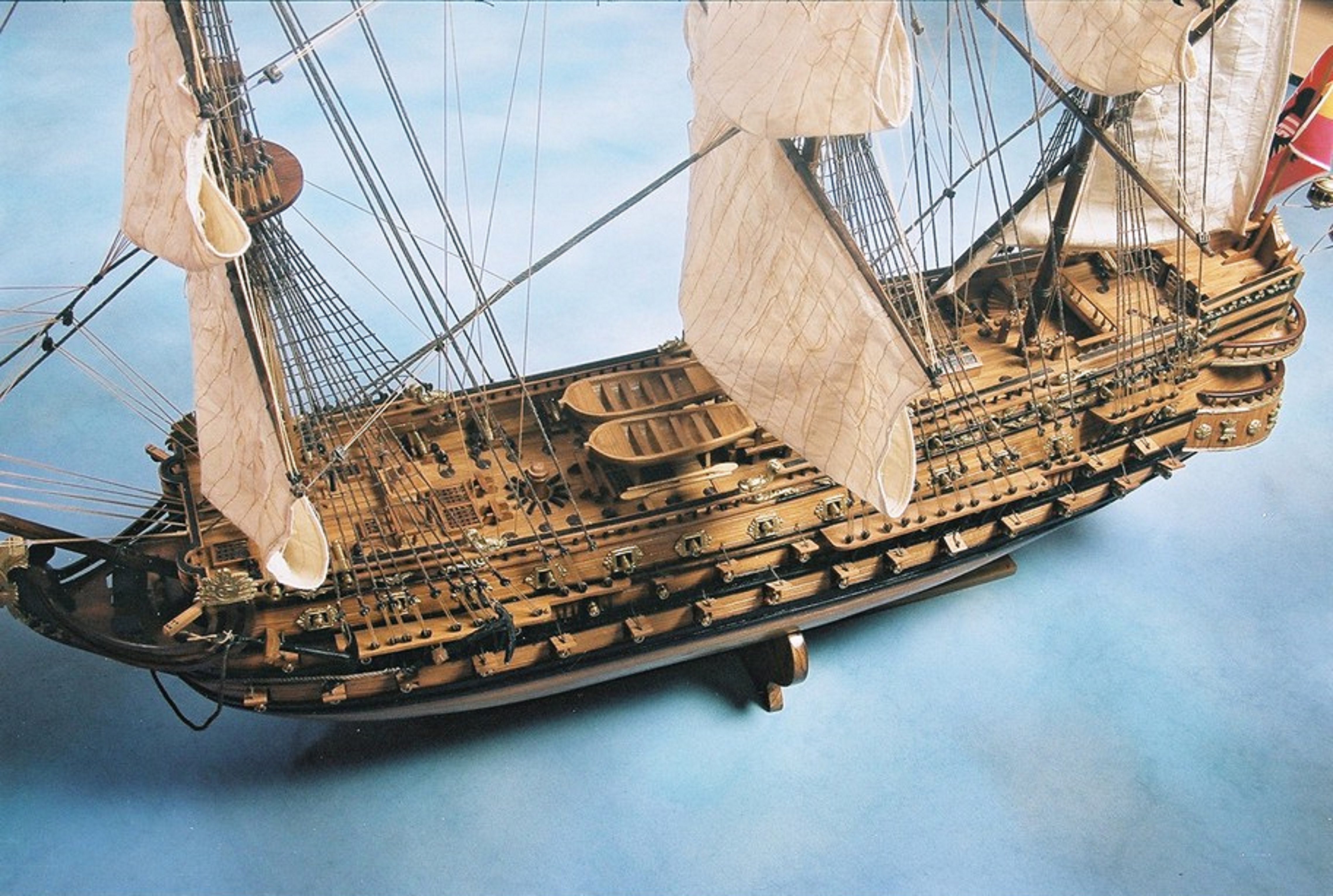 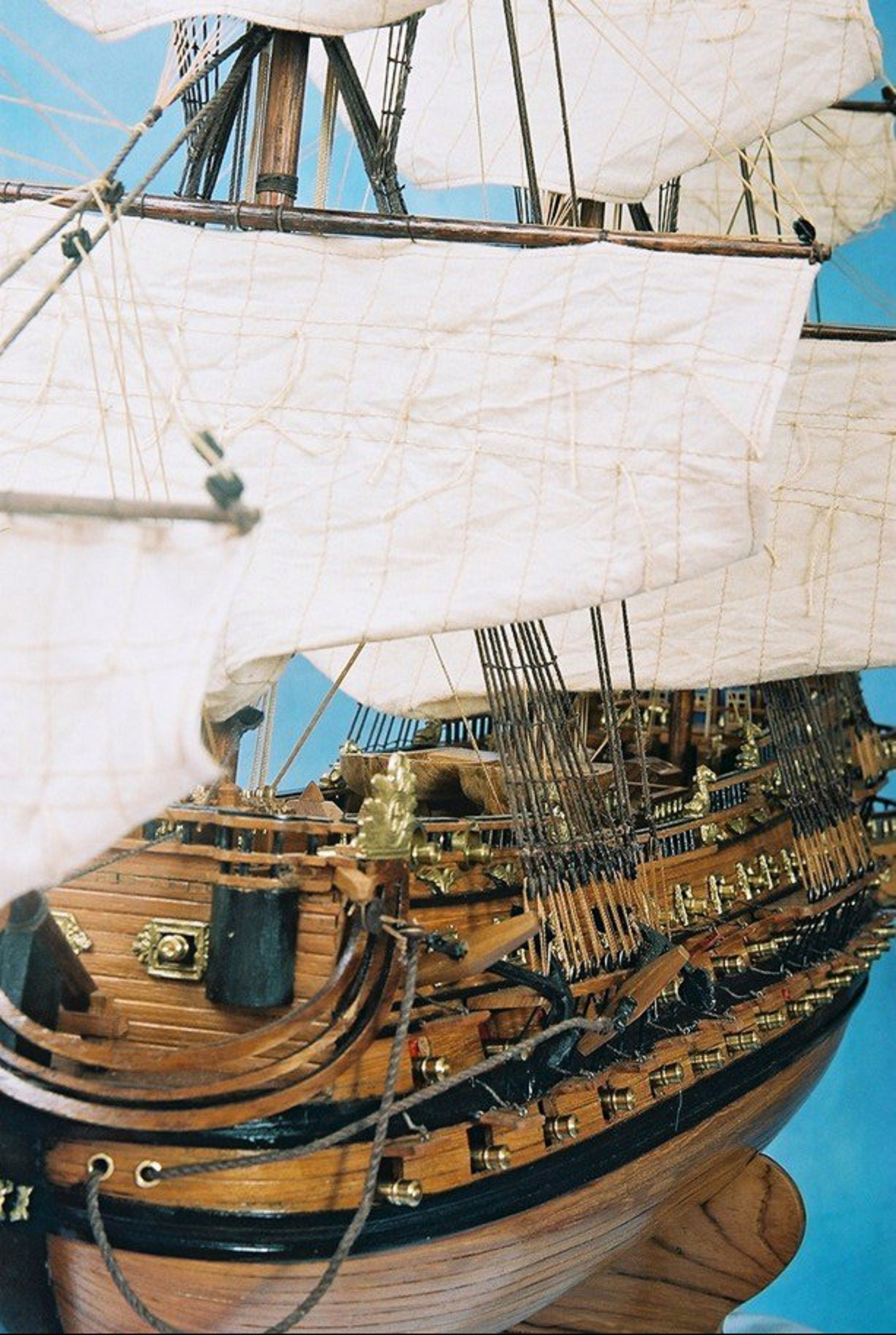 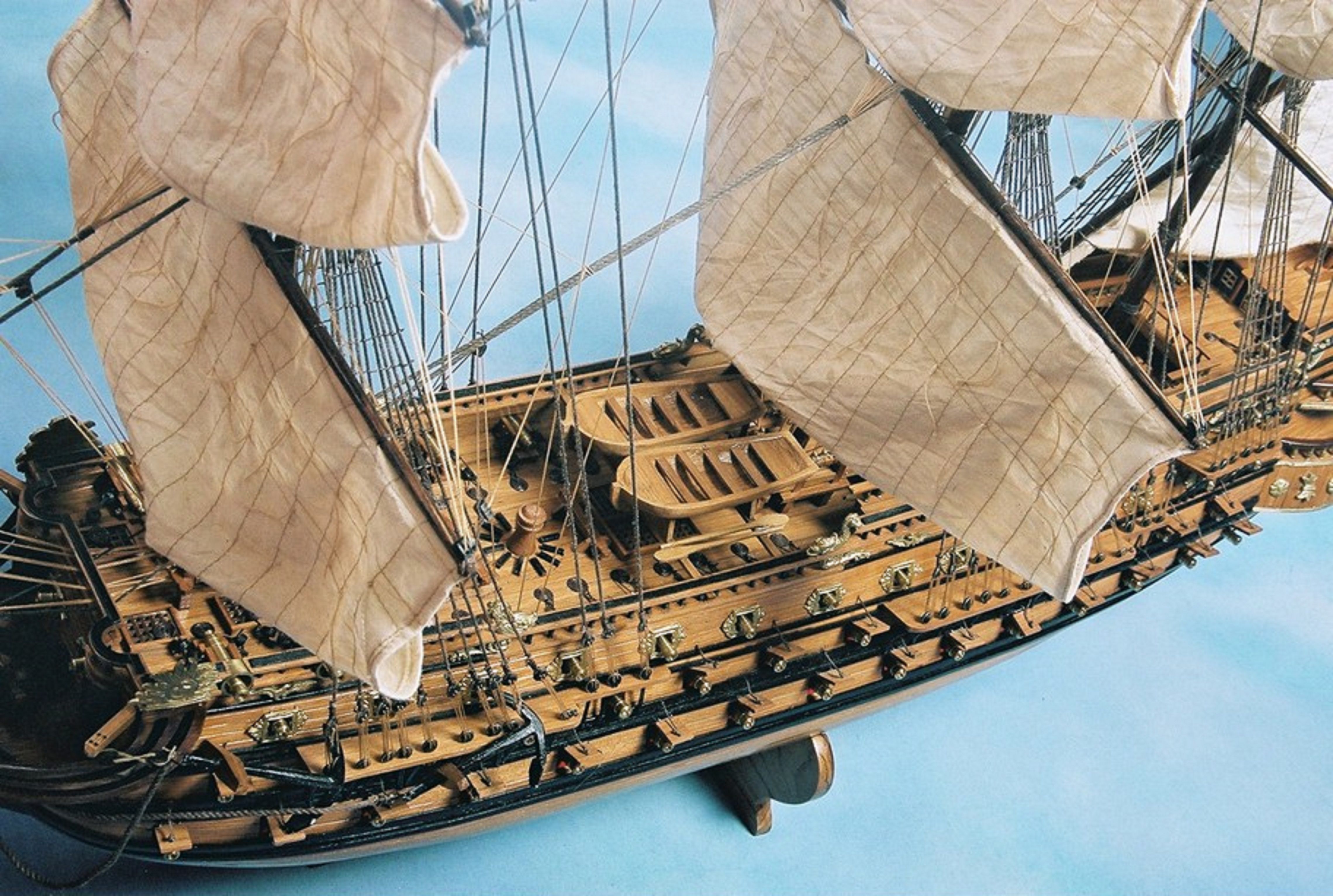 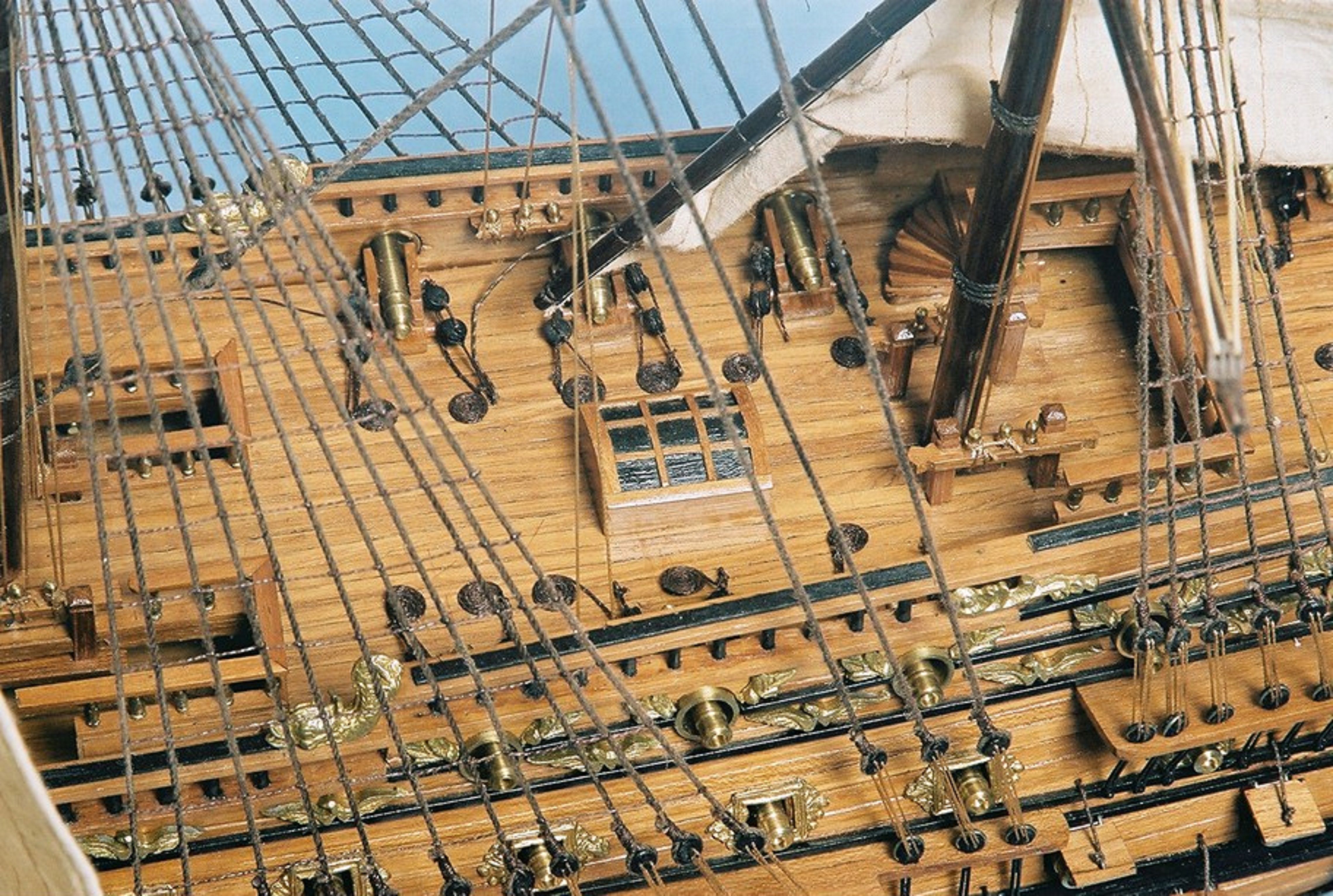 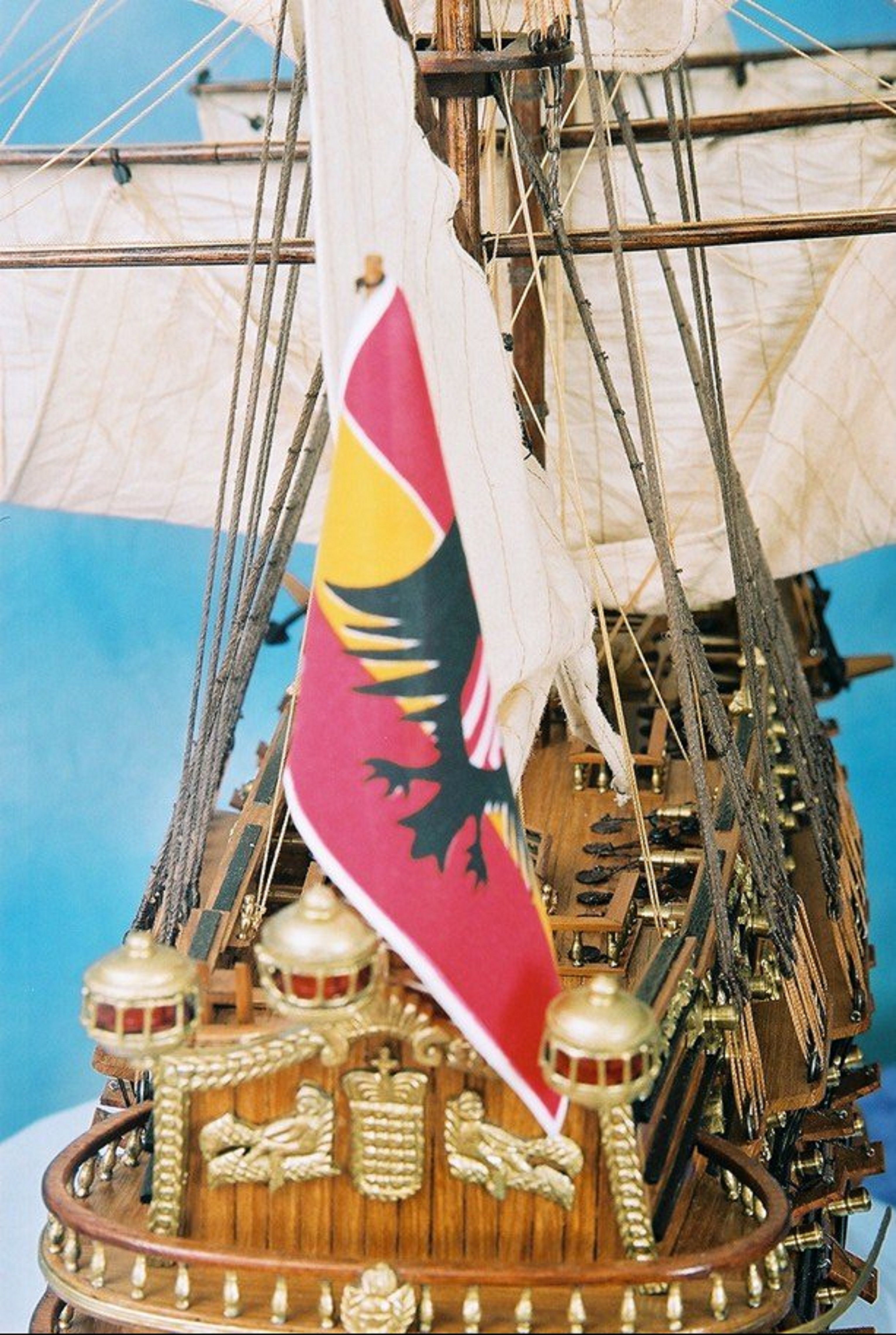 The San Felipe was a 17th century Spanish ship. The ship was heavily armed with 108 cannons because it was launched during war with both the British and French. This vessel was one of the galleons that carried wealth from South America and the Caribbean back to Spain. In an epic battle against the British in 1705, the ship sank to the bottom of the ocean filled with treasure.

The vessel was among the most ornate with a sculptured stern and a streamlined design made the ship easier to maneuver in the sea. The San Felipe is resurrected in our beautiful and intricate model ships. Premier Ship Models has the San Felipe and over 350 other famous ships in a variety of sizes and lengths. Choose from small and large sizes in our silver, gold and platinum ranges.

Our models of the San Felipe and other vessels are museum quality replicas of this renowned and historic ship. In addition to being the perfect addition to any personal collection, the Premier model of the San Felipe is on display in the Hong Kong Maritime Museum and was chosen for its superior quality craftsmanship.

Browse our website to see the standard, superior and premier models that are available for this ship. You can view detailed photographs that show the beauty of the detail in our ships to select the perfect replica down to the smallest detail that fits your needs and your budget. Our ships are ready to display right out of the box.

The ‘San Felipe’ was one of the most beautiful Spanish ships of the 17th century. The stern was renowned the world over for the variety of beautiful sculptures adorning her. She was launched at a time when the Spanish were fighting both the mighty British and French Empires. The ‘San Felipe’ was heavily armed with 108 cannons and possessed great manoeuvrability due to the ship unusual slim design.

Because of this, the ‘San Felipe’ was used to carry enormous wealth from the Spanish conquests of South America and the Caribbean, in addition to protecting their territories. Unfortunately the ‘San Felipe’ came to an end in 1705, whilst fighting a protracted battle at enormous odds of approximately 36 English ships to a Spanish Fleet of 12.

The ‘San Felipe’ was eventually captured by the British, but suffered so much damage that she sank to the bottom of the Sea with all her precious cargo.