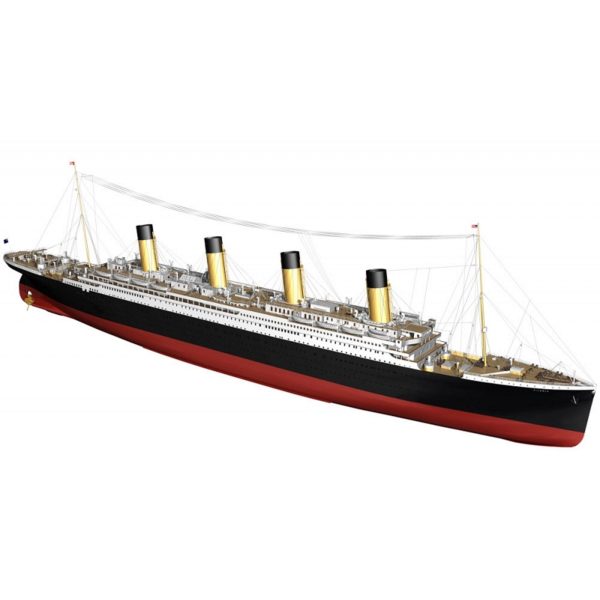 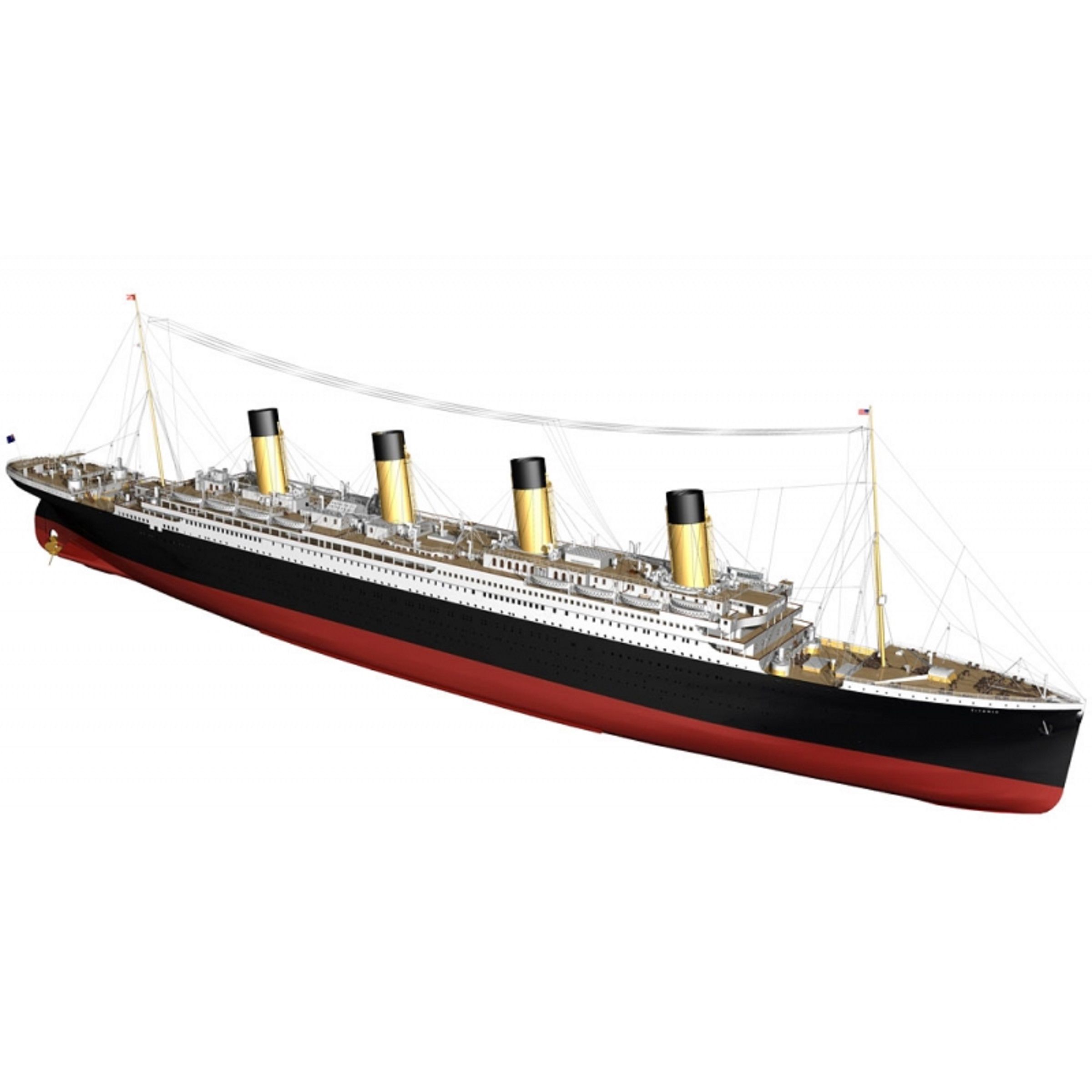 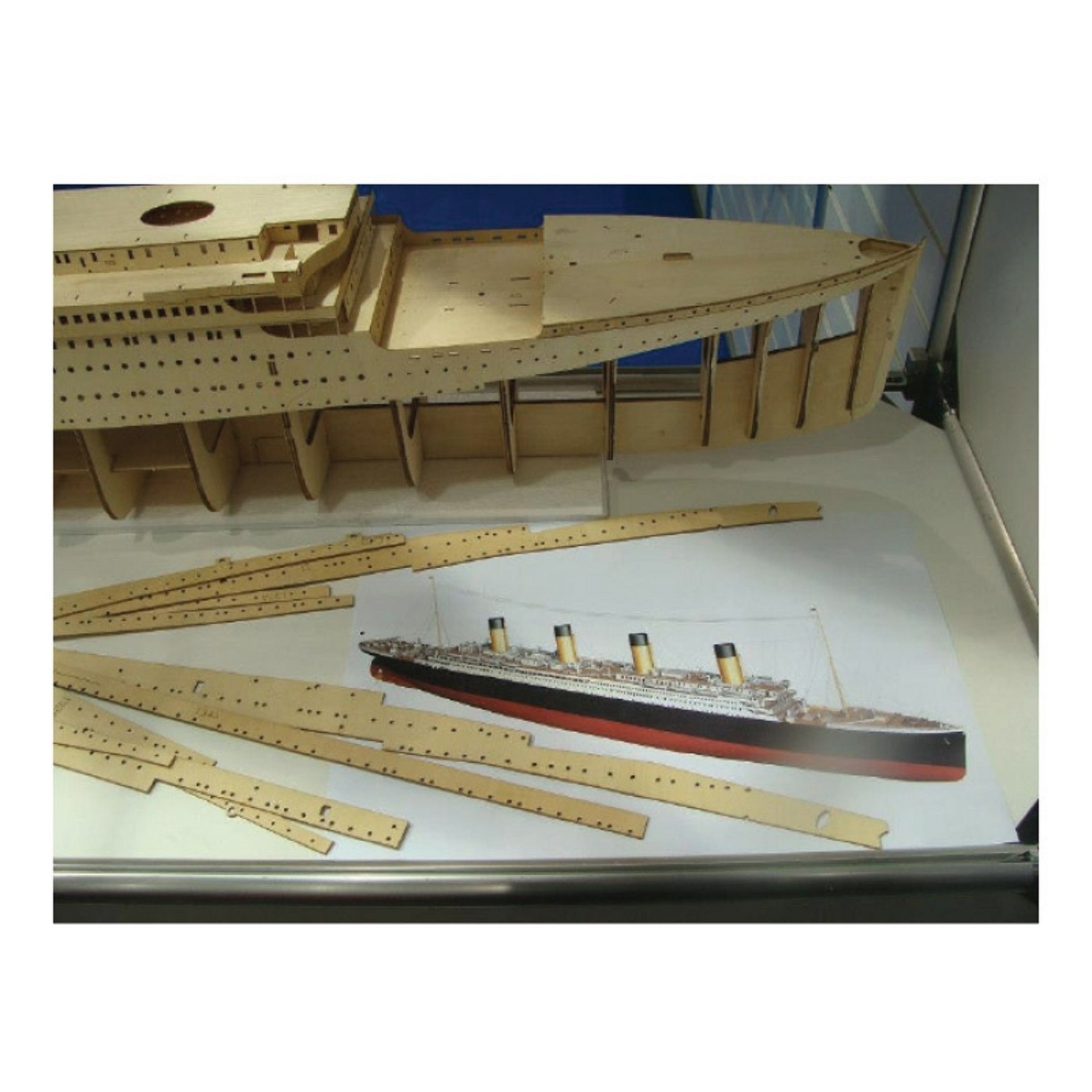 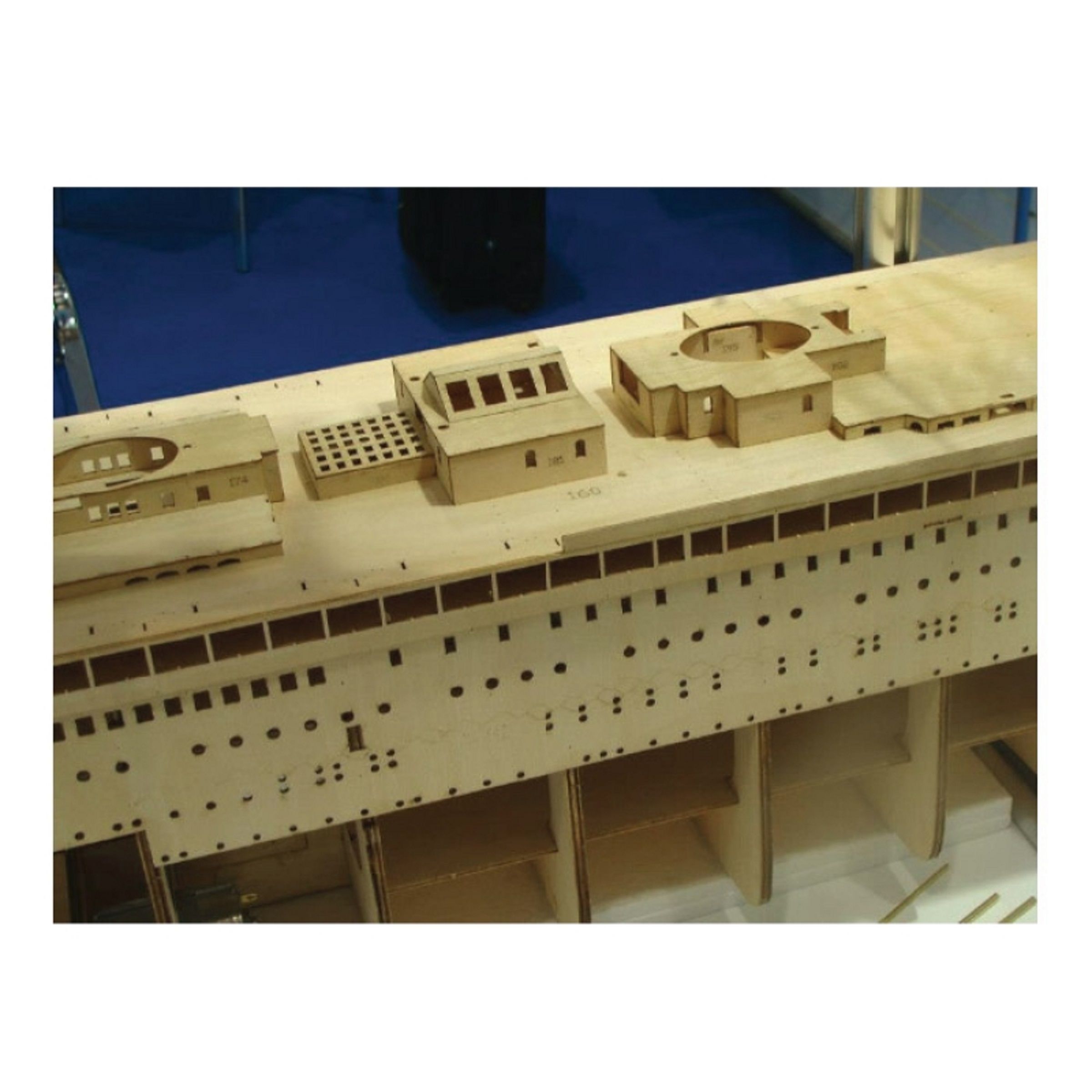 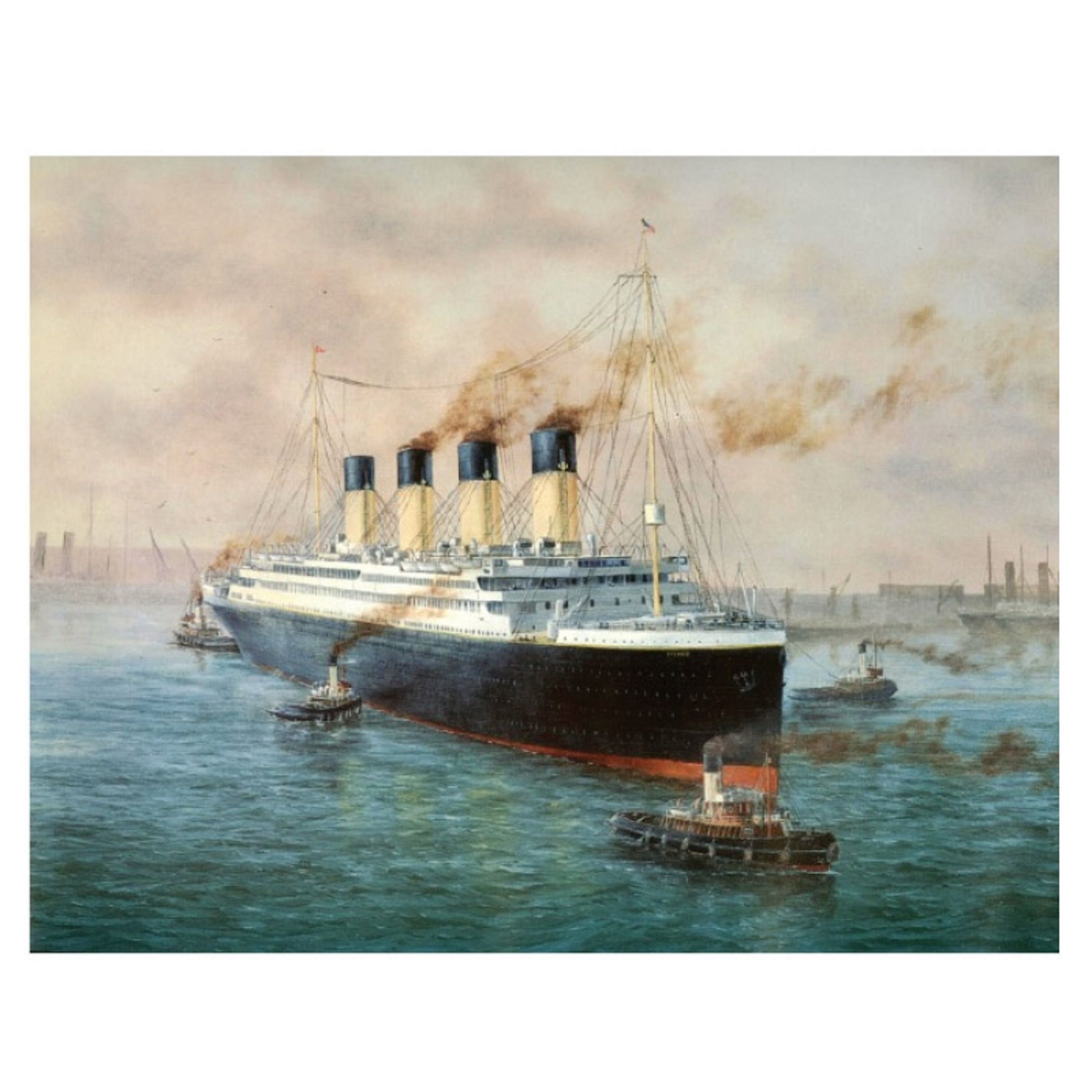 RMS Titanic was a passenger liner that sank in the North Atlantic Ocean on 15 April 1912 after colliding with an iceberg during her maiden voyage from Southampton to New York City, US. The sinking of Titanic caused the deaths of more than 1,500 people in one of the deadliest peacetime maritime disasters in modern history.
The RMS Titanic was the largest ship afloat at the time it entered service. Titanic was the second of three Olympic class ocean liners operated by the White Star Line, and was built by the Harland and Wolff shipyard in Belfast with Thomas Andrews as her naval architect. Andrews was among those lost during the sinking. On her maiden voyage, she carried 2,224 passengers and crew.
Kit includes laser cut wooden hull and wooden strips, fittings set,  rigging thread, plan and manual
Specifications: