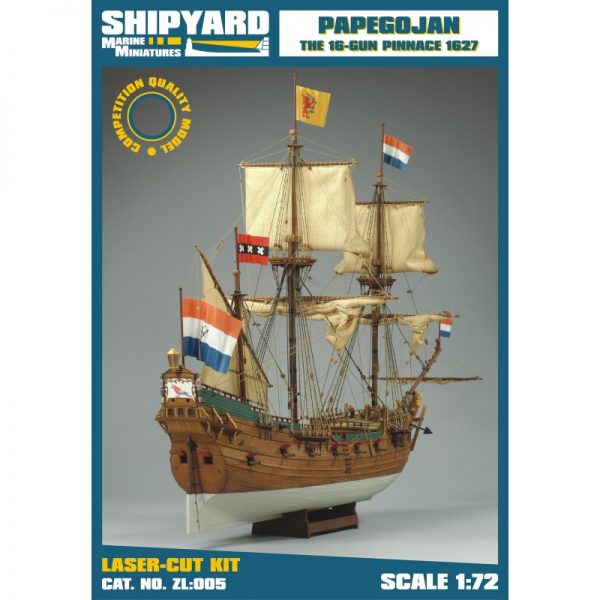 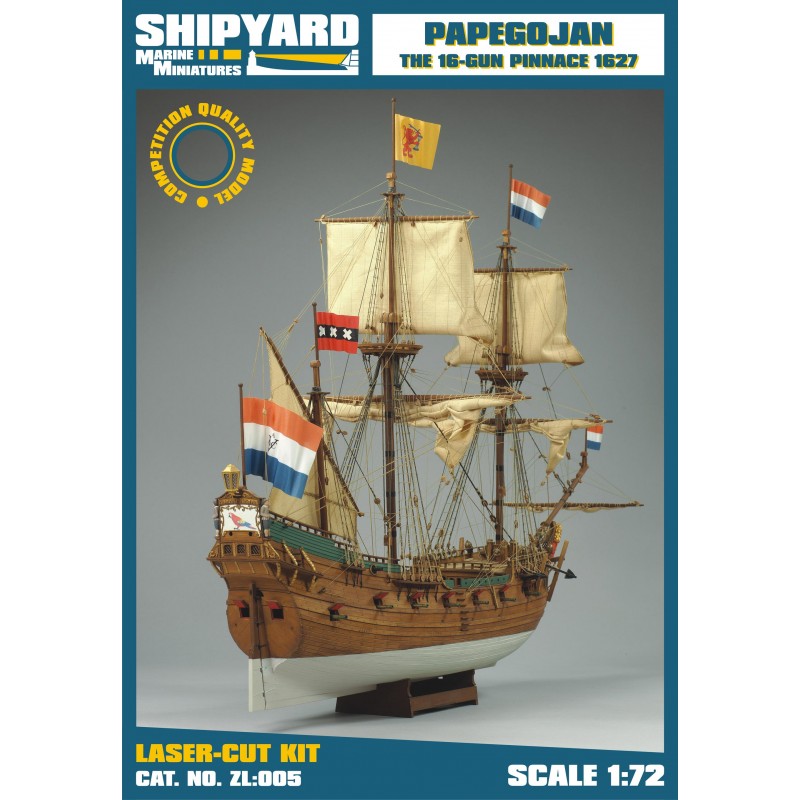 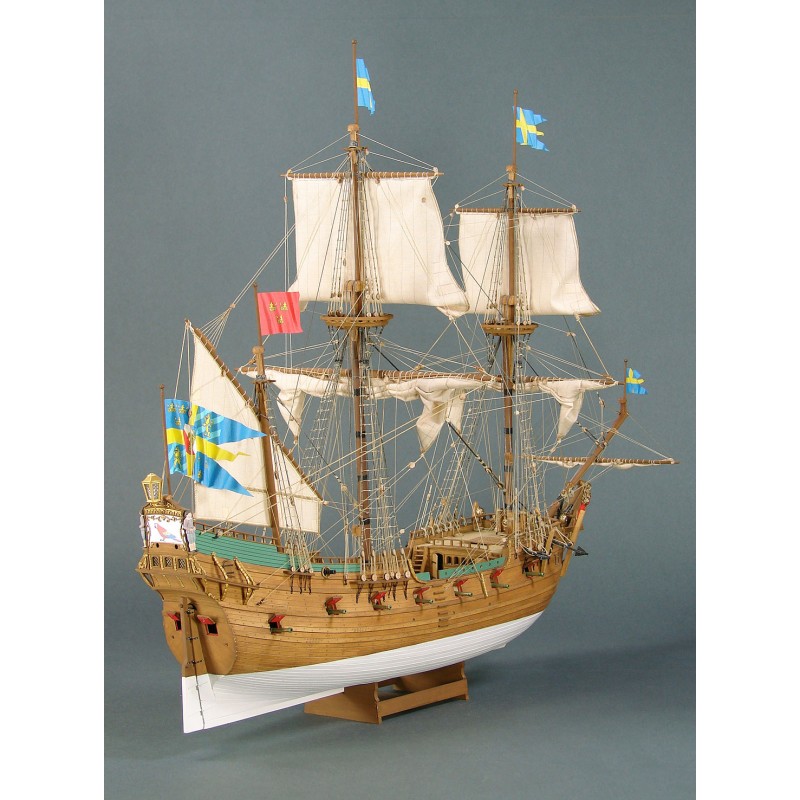 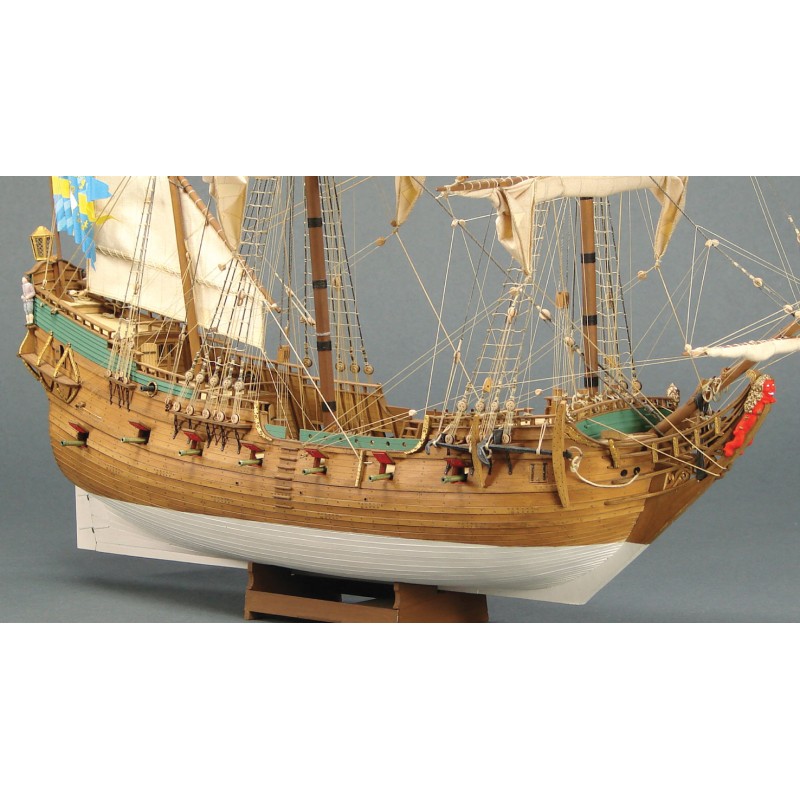 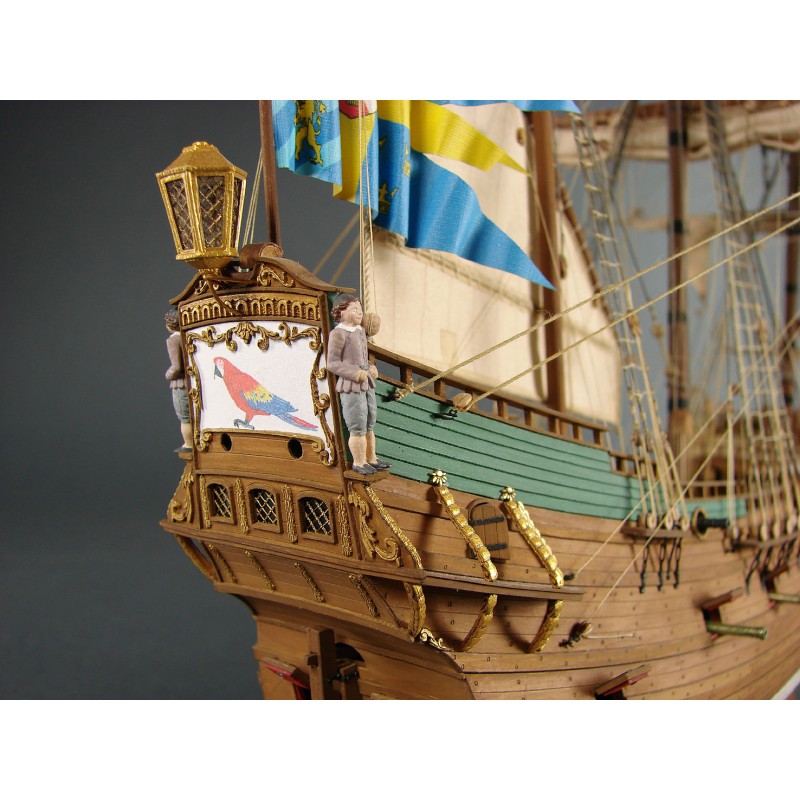 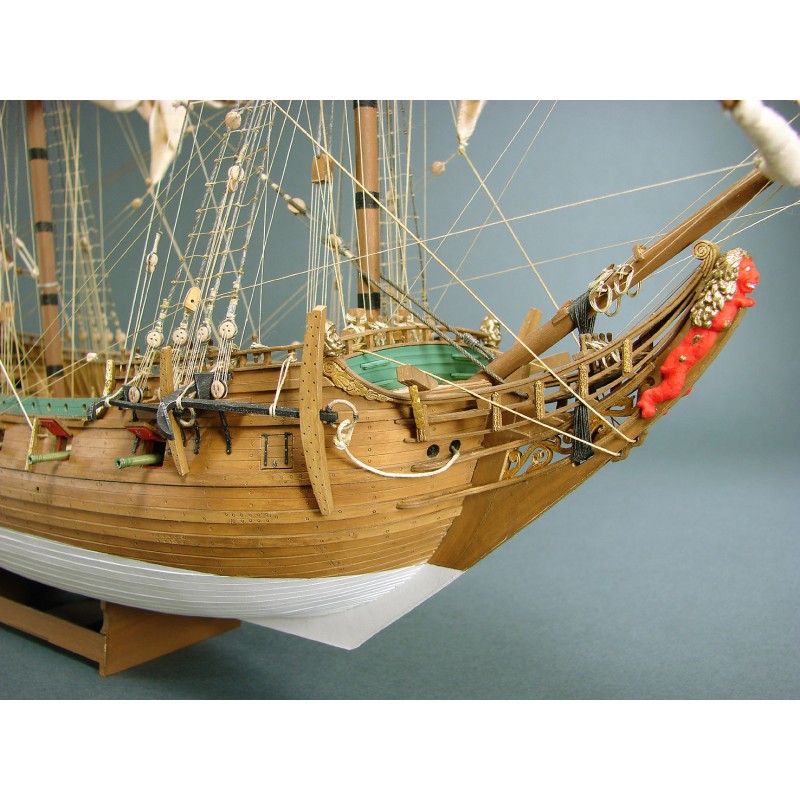 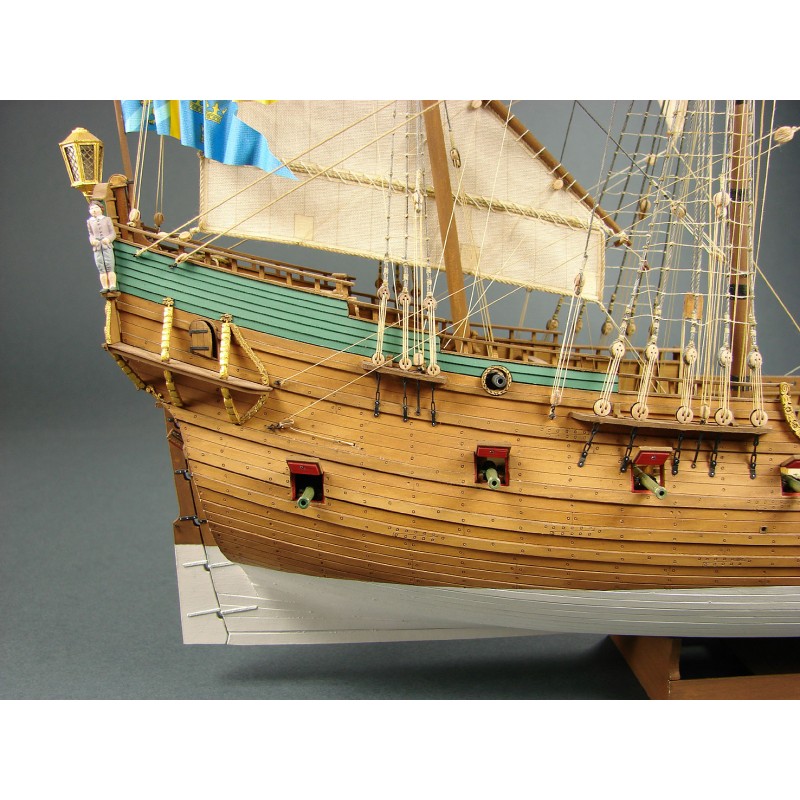 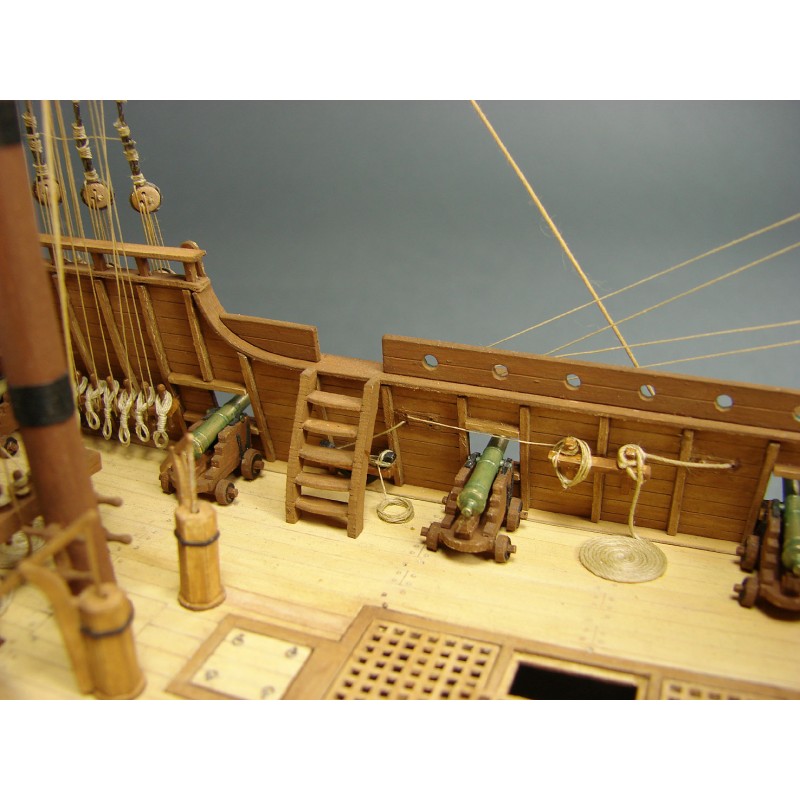 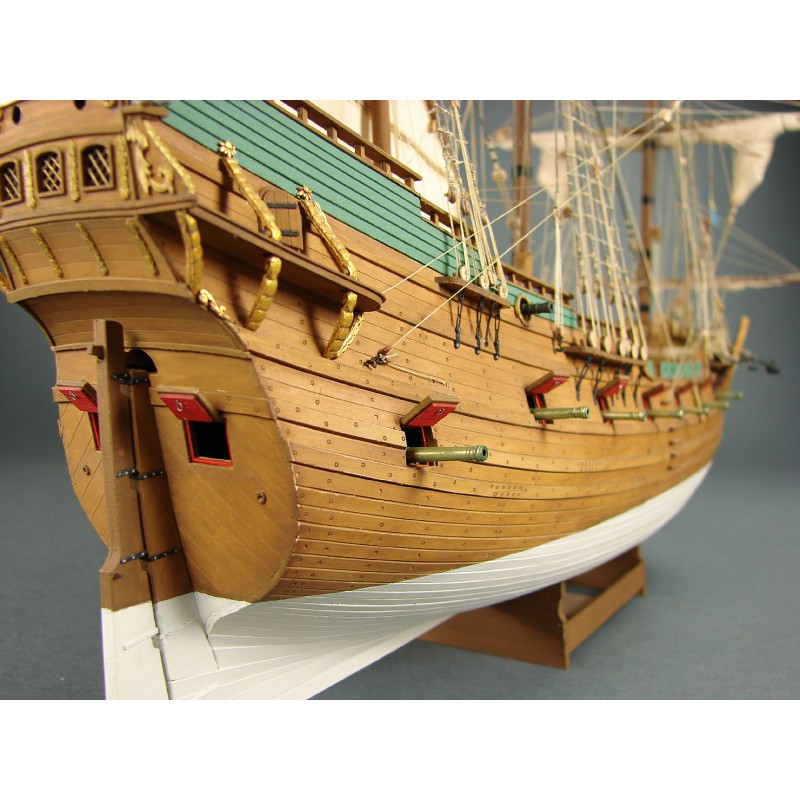 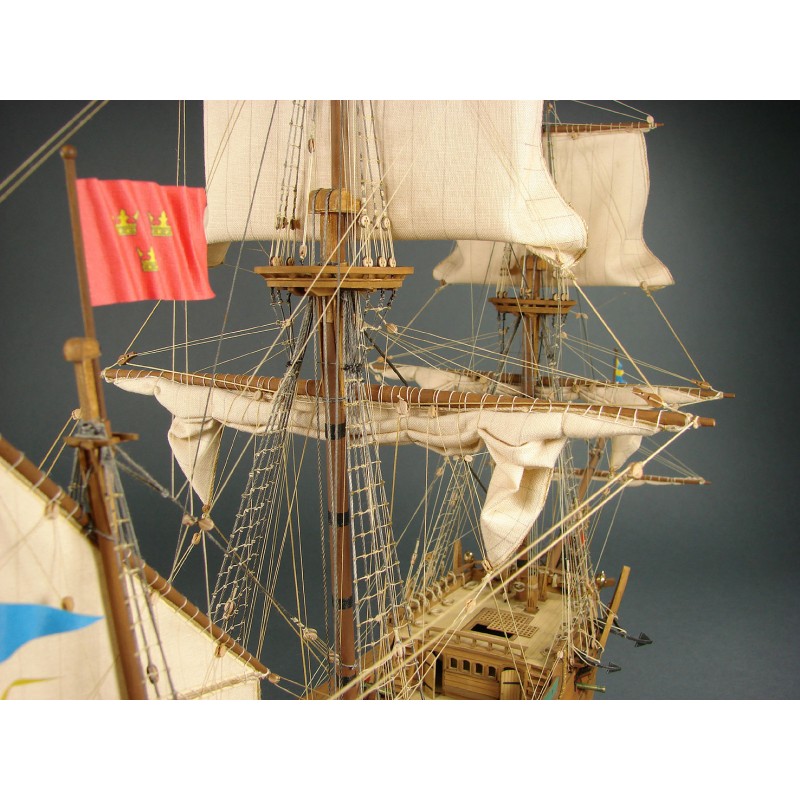 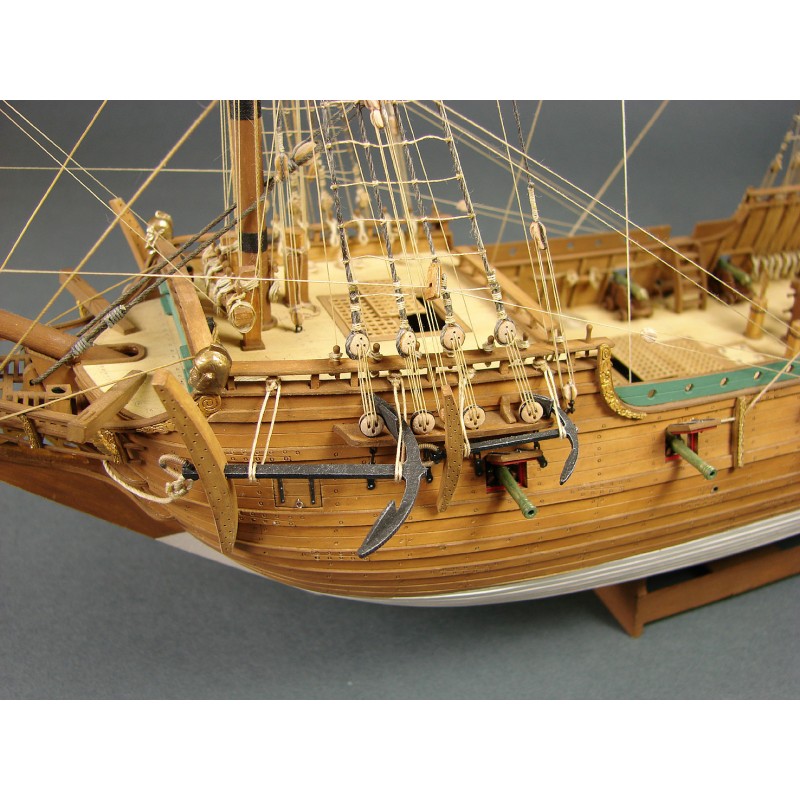 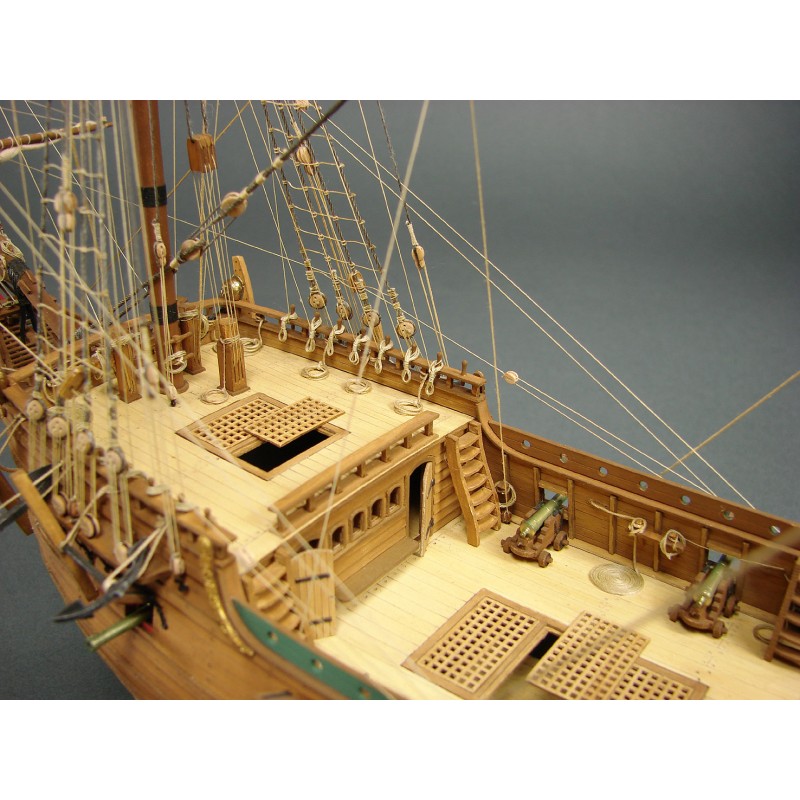 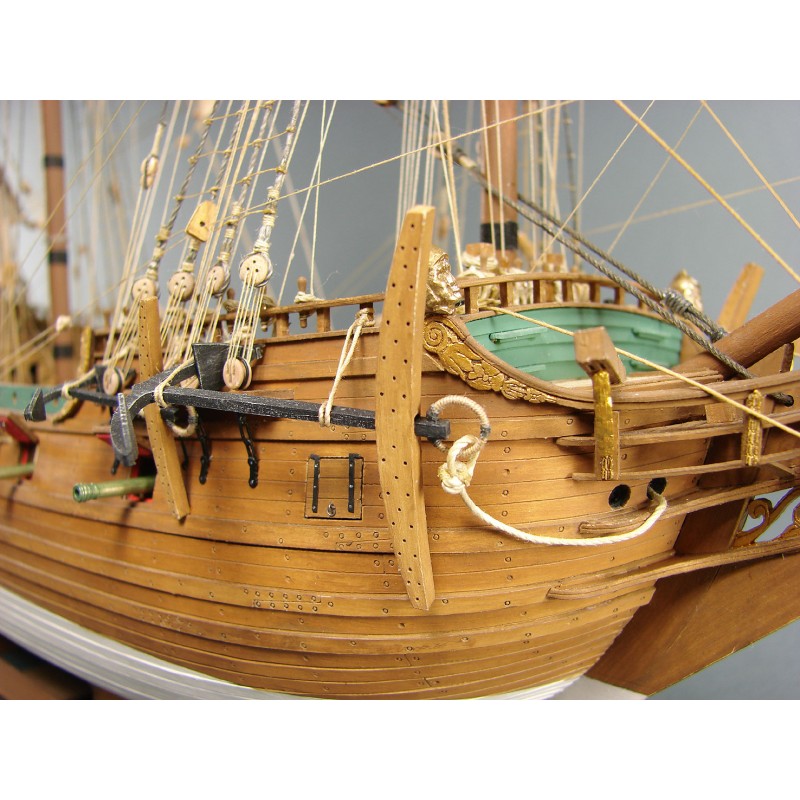 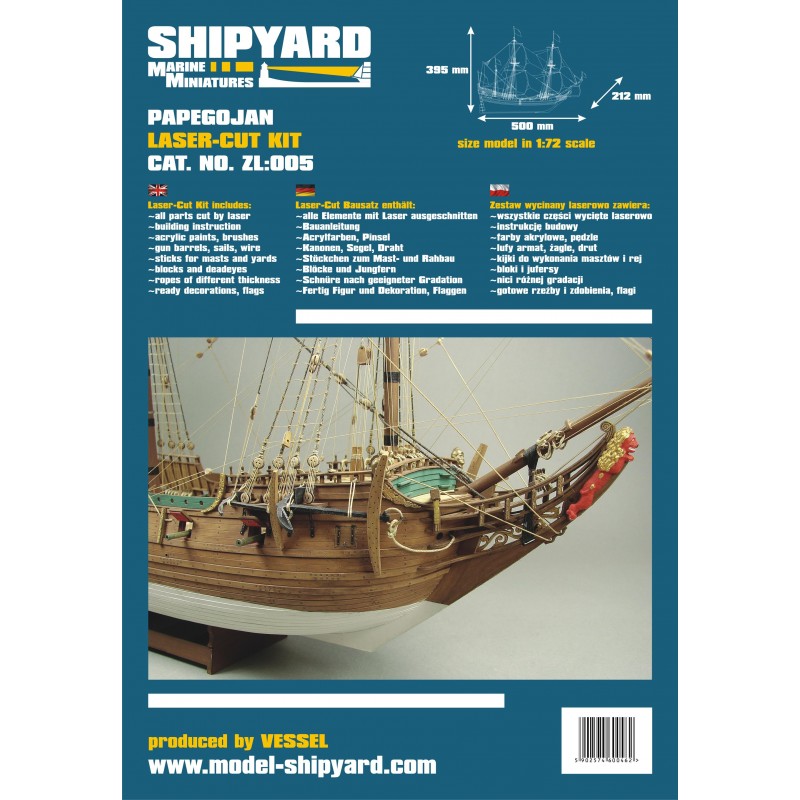 The Papegojan 1627 Wooden Model Ship Kit is manufactured by Shipyard Models, who have a range of ready for assembly models built of wood. The kit includes all the parts and pieces to build and included are paints and sails for finishing touches on the model.

The Papegojan was built in a Dutch Shipyard as a Dutch Pinnace style ship as a fifth rate ship of the line. She was purchased a year later by the Swedish navy alongside a fleet of galleons and she was officially acquired into the Swedish Navy in 1627. She participated in the Battle of Oliwa on the 28th of November of the same year. This battle turned into a devastating loss for the Swedish fleet who attacked Polish Forces near Danzig. The Poles snuck out of Danzig Harbour and overwhelmed the Swedish Flagship Tigern before forcing the Swedish Navy to retreat. It is believed she sank in 1644, likely as a result of the Thirty Years War.

The wars between Sweden and Poland were fought throughout the early 17th century between the two nations after the Livonian Wars which threatened Polish Soil. While Polish forces typically overwhelmed the Scandanavian aggressors, the war culminated in Polish affordances given to the Swedish Empire likely to put an end to almost a century of conflict for the empire. The wealth and power which they gained during these wars gave rise to Sweden’s presence in the Thirty Years war throughout Central Europe in the middle of the century as they began to attempt to expand their influence into Central Germanic Territory. The Swedish Navy was instrumental in the Swedish war effort, as any passage to Europe required a navy to navigate the Baltic Sea.