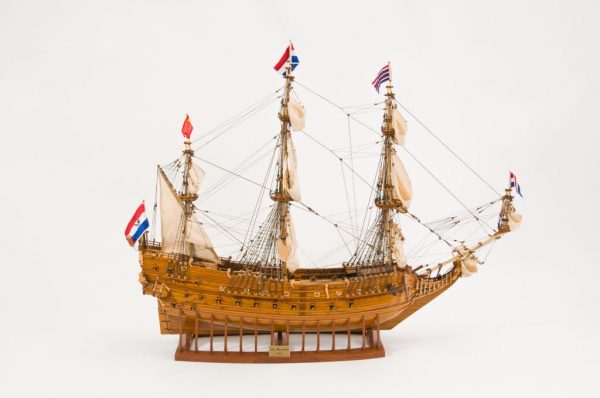 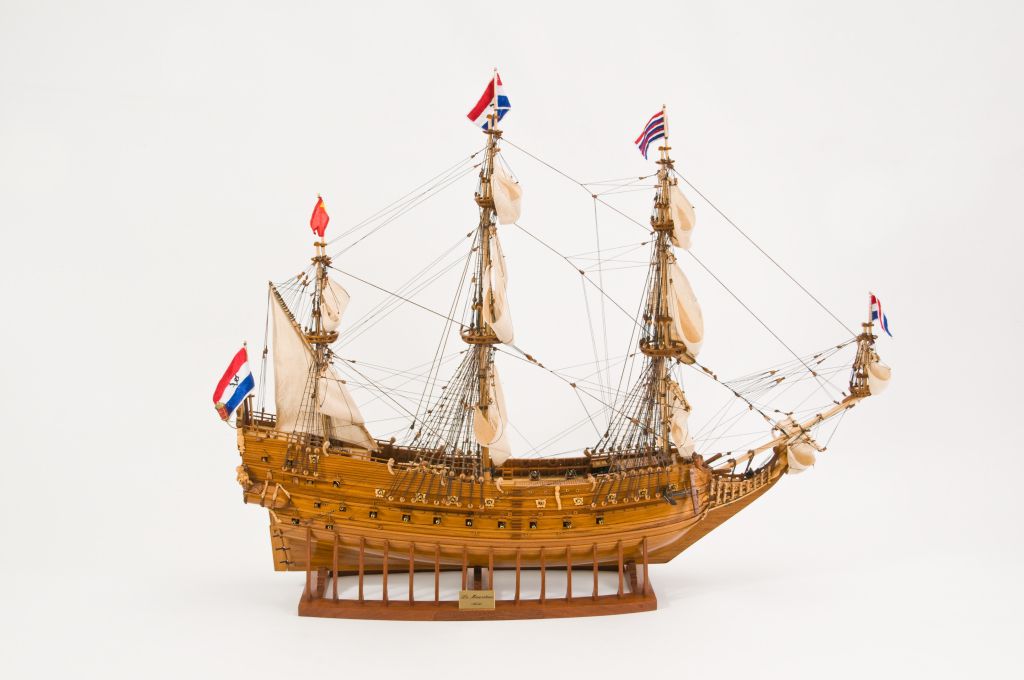 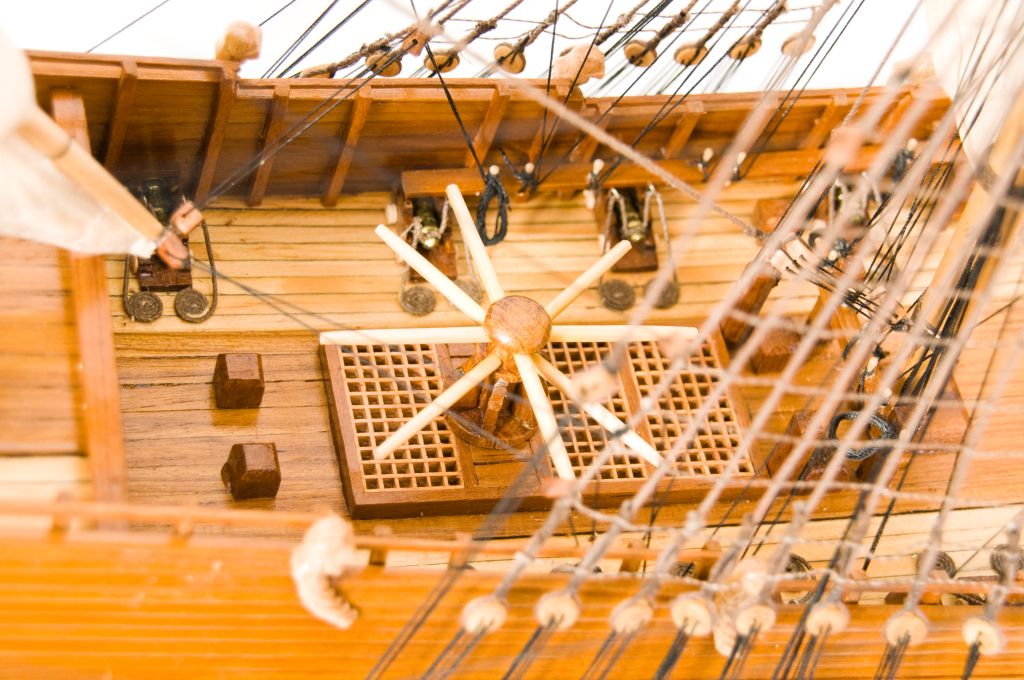 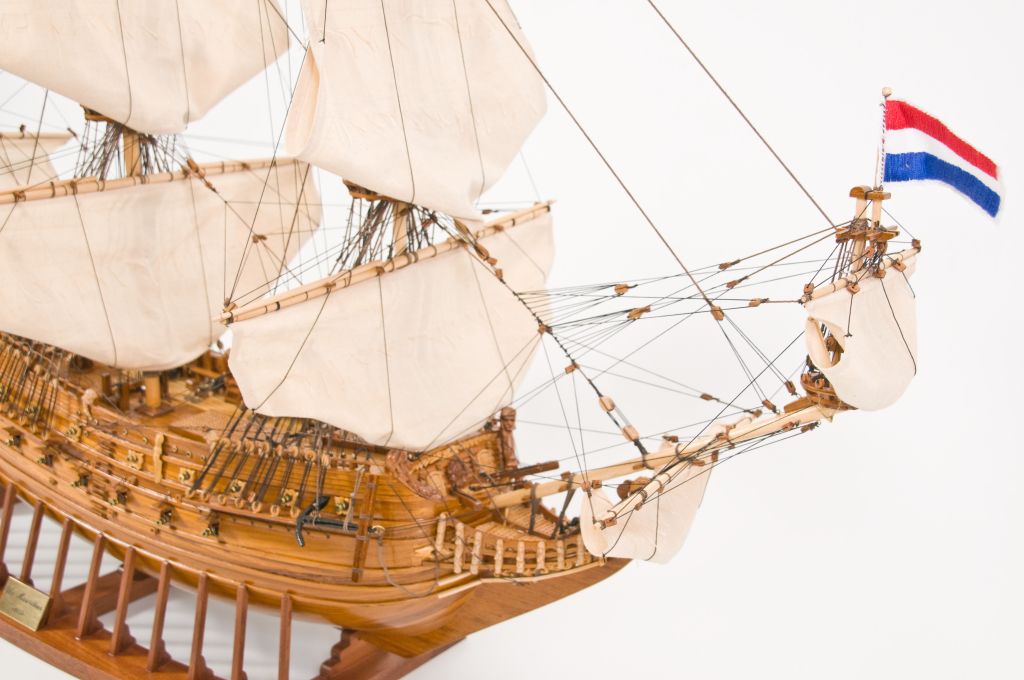 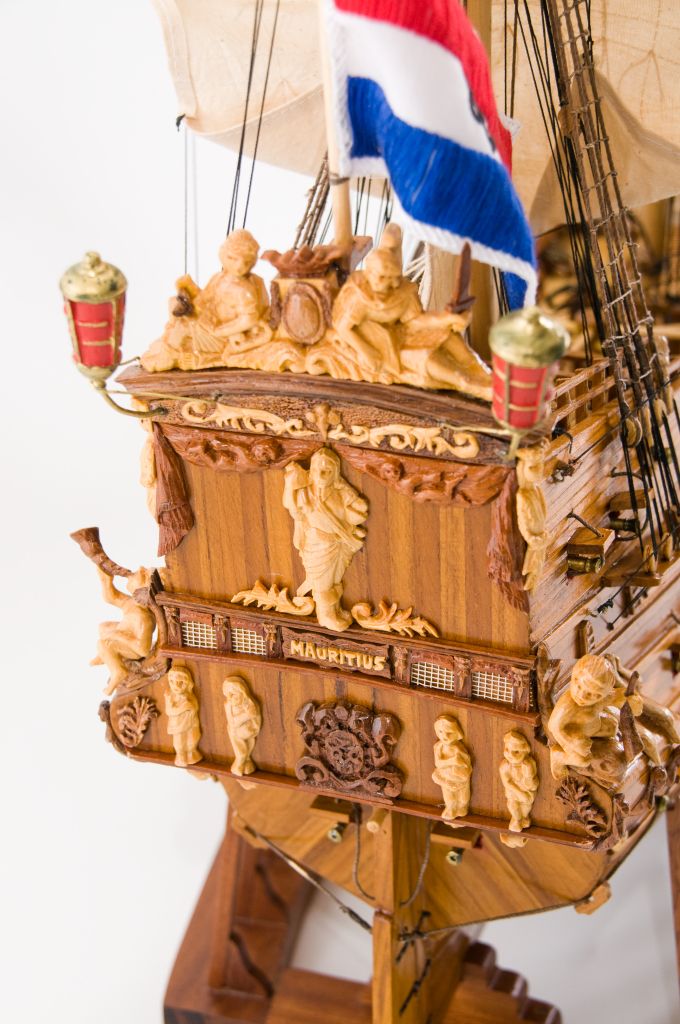 The Mauritius was a Dutch sailing ship with a wooden hull from the beginning of the 17th century and is documented as being in the service of the Dutch East India Company between 1618. The ship was commanded by Willem Janszoon and Lenaert Jacobszoon. The Mauritius is one of the first ship to sail across

the North West Cape in Western Australia on 31 July 1618. The ship is mentioned on Eendracht’s Map of the Earth. This 1627 map by Hessel Gerritsz is one of the first maps to show Australia.

The model of the Mauritius is made of wood and is of high quality, handmade using the plank-on- frame technique. The sails are sewn by hand. The making of a wooden ship model starts with the research of the original plans of the ship. Photos, illustrations, and any information about the original ship are always needed. We often have archives that allow us to build any historical model. The many shipyards, ship museums and associations collect the most accurate information and plans about the ships, modifications or repairs.

At Premier Ship Models, we work with reputable suppliers around the world, including manufacturers in the Indian Ocean. We partnered with our manufacturer in Mauritius, and have been able to work together to better respond to the needs of the International market.  We produce hand-made wooden ship models for museums, associations, foreign enthusiasts and collectors and even hold workshops for visitors who are interested in how our models are made.