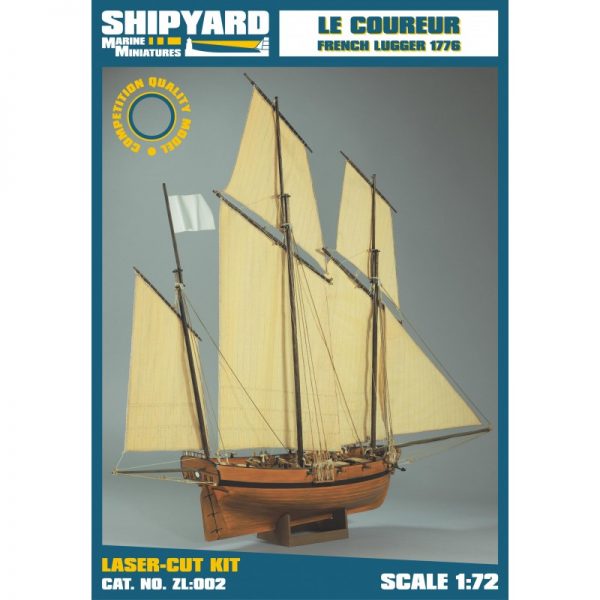 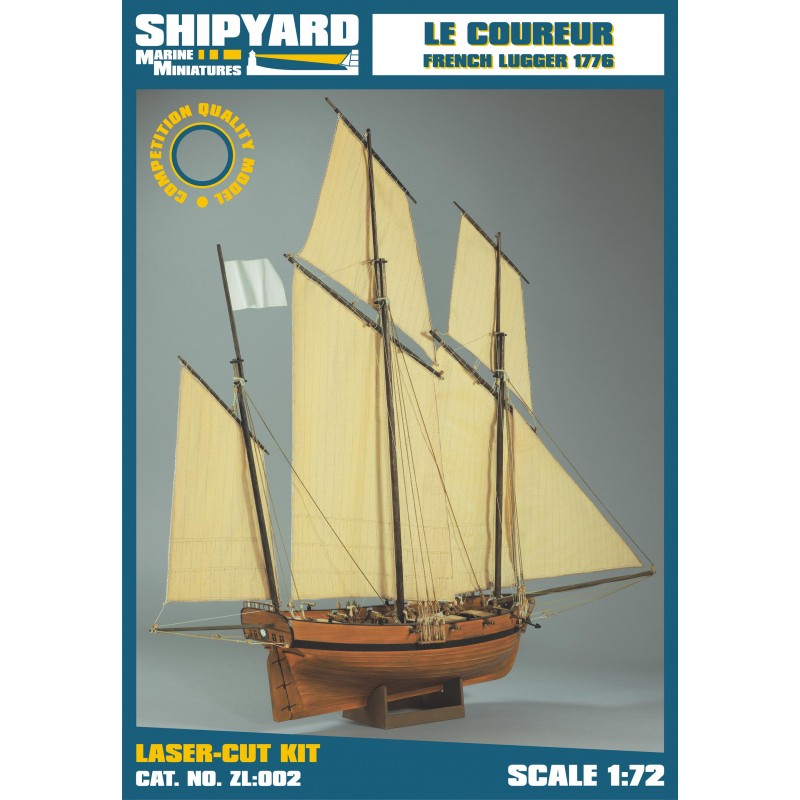 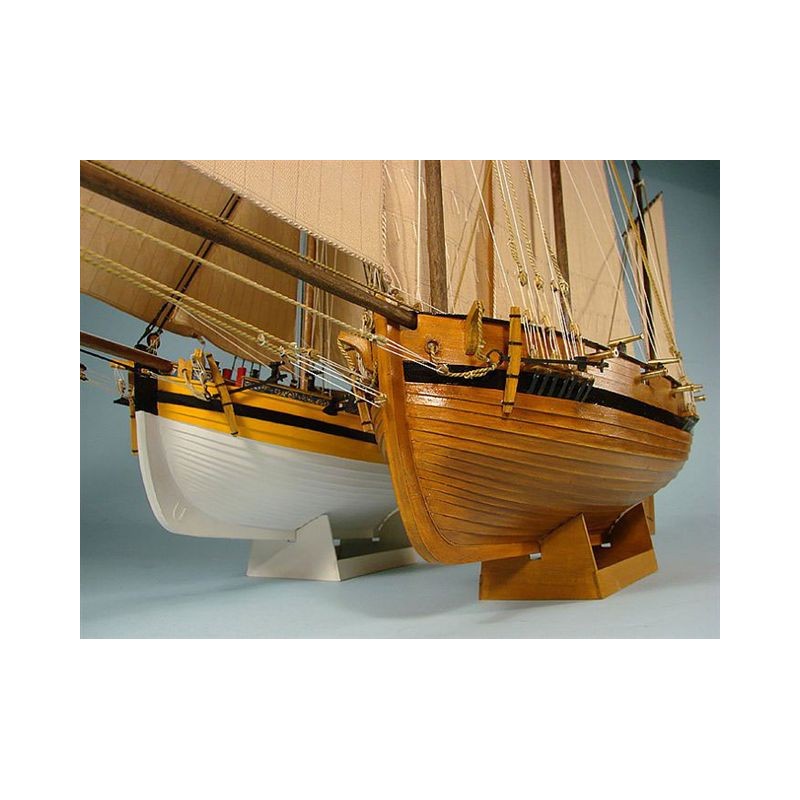 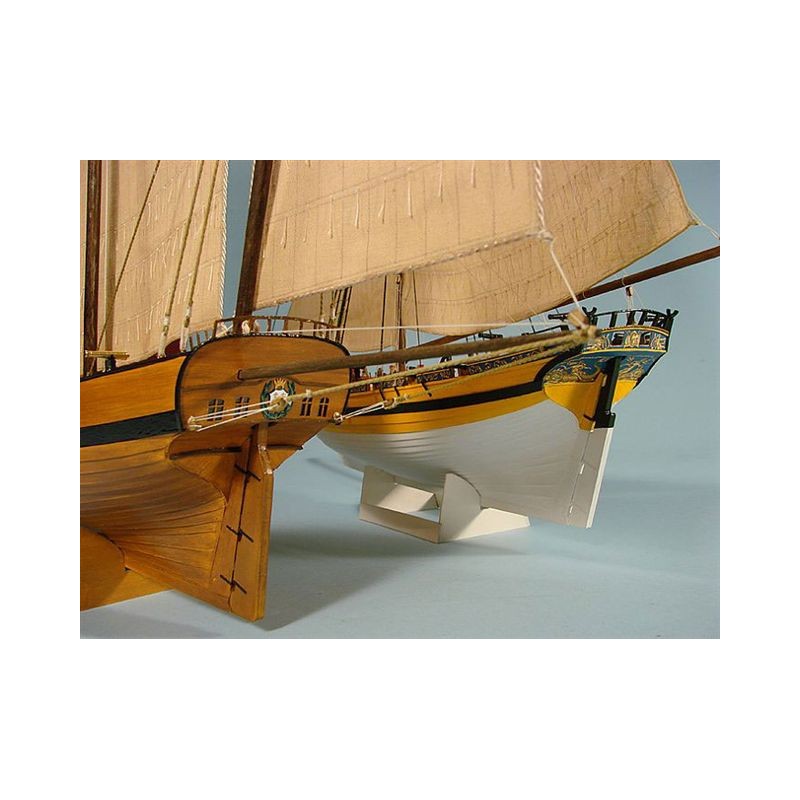 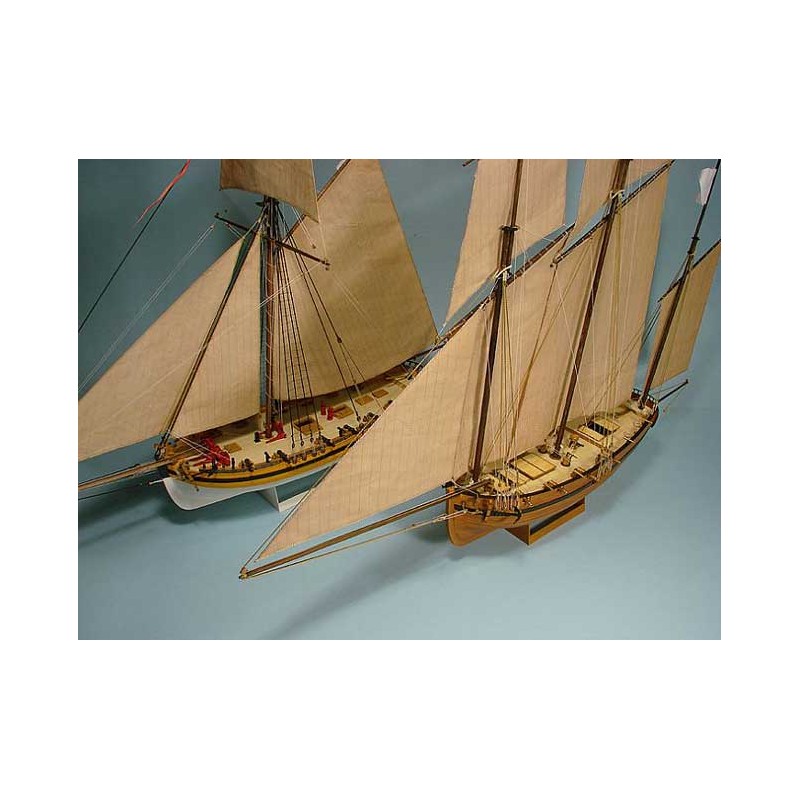 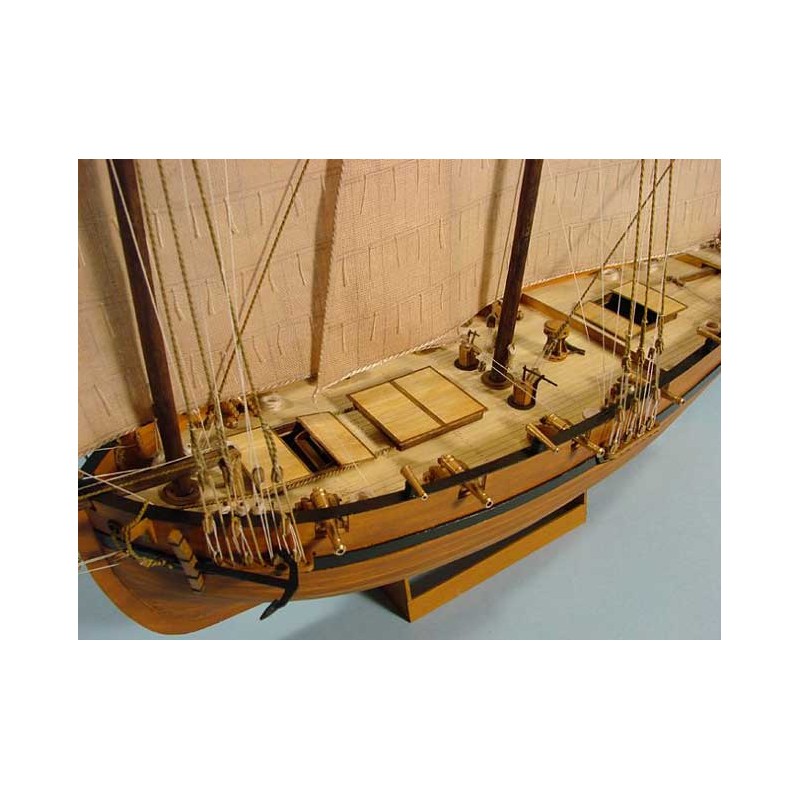 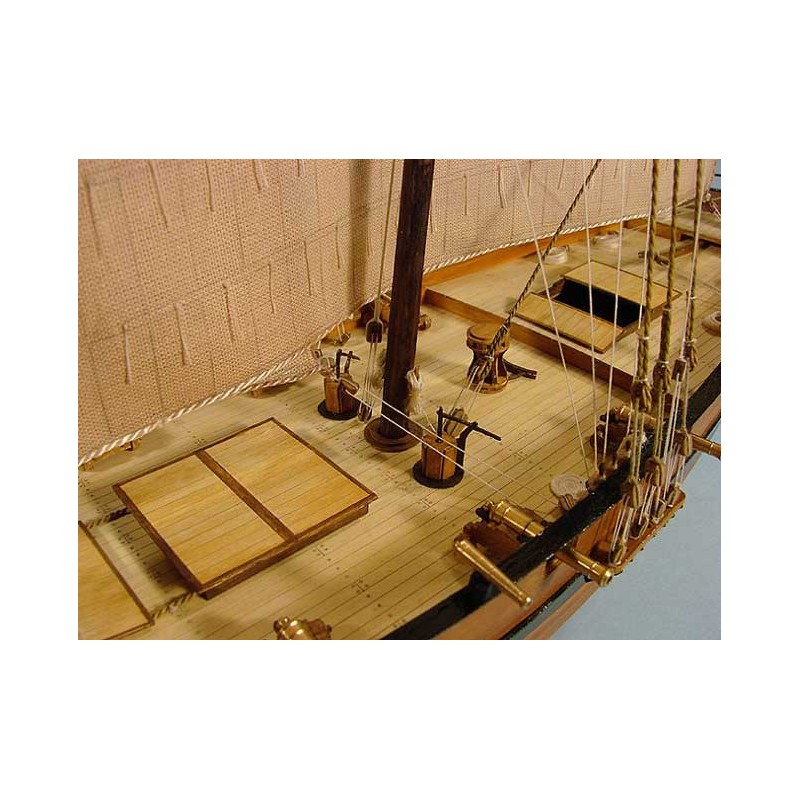 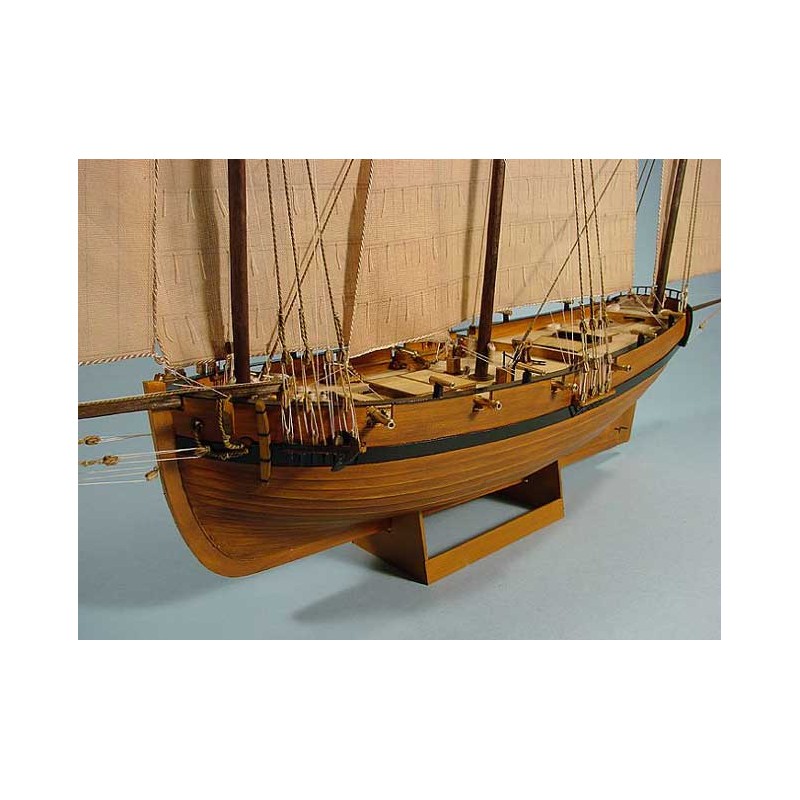 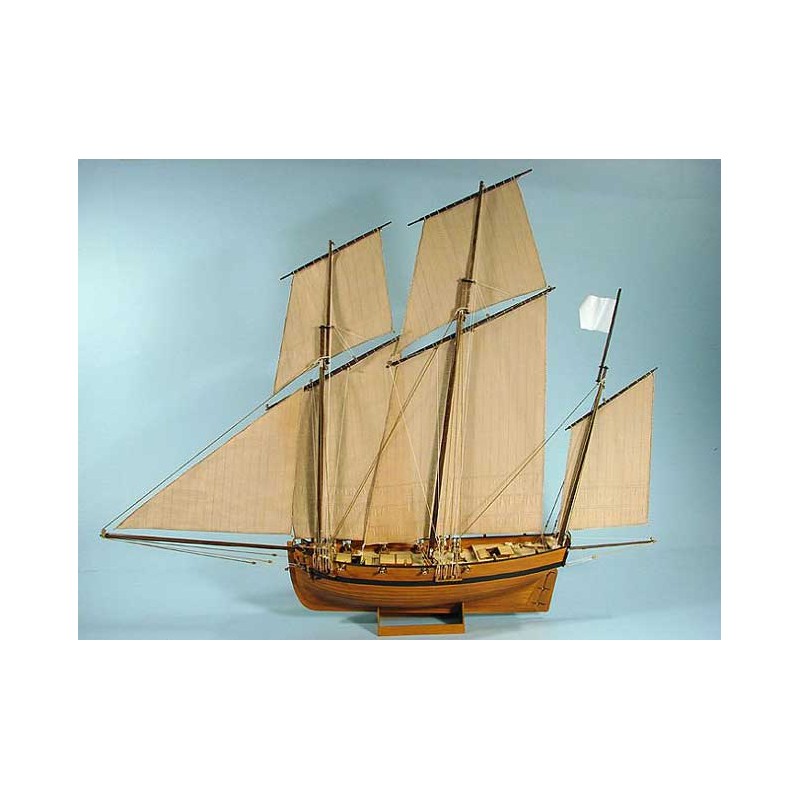 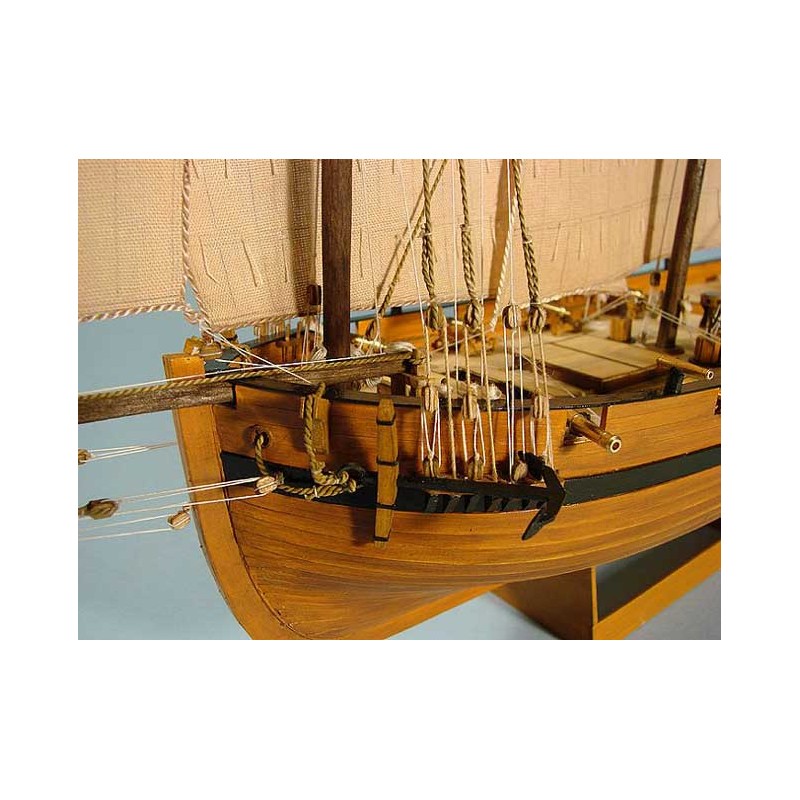 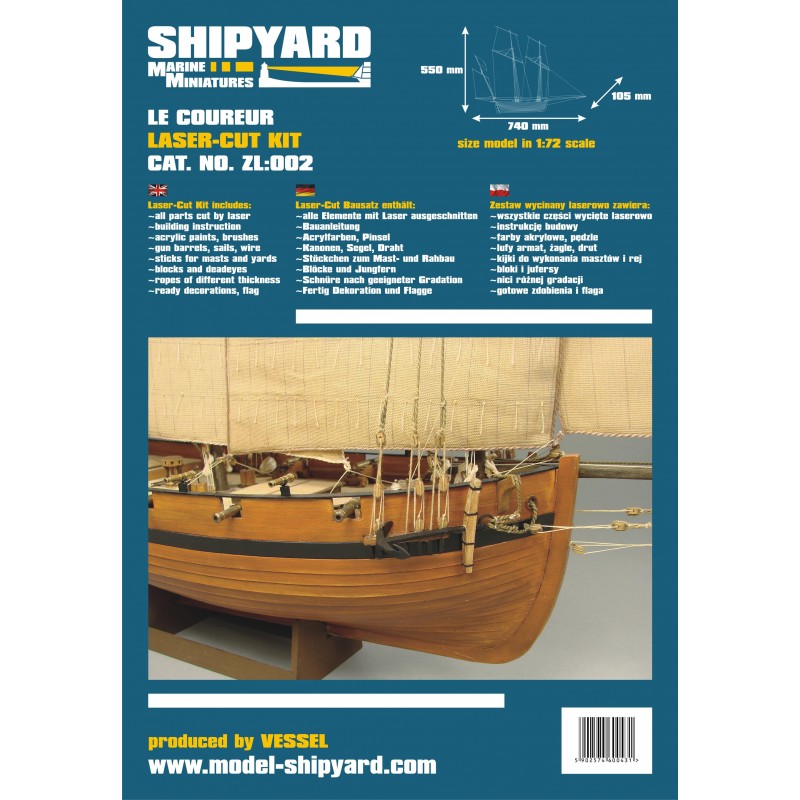 The Le Coureur 1776 Model Boat Kit is manufactured by Shipyard Models, who have a range of ready for assembly models built of wood. The kit includes all the parts and pieces to build and included are paints and sails for finishing touches on the model.

Le Coureur was launched in December of 1776 out of Dunkirk by Jacques and Daniel Denys, who had built the vessel. She was purpose built for the French Navy as a Lugger, and promptly after being launched she was Captained by François Étienne de Rosily-Mesros. Under Command of Jean Clocheterie in Brest Harbour she responded to the call of attack as a British fleet of 21 Ships of the Line and 3 Frigates engaged reconnaissance vessels out of the harbour. After chasing the HMS Alert which had engaged the Belle Poule, she quickly found herself overtaken by the British Sloop and was promptly taken back to the Flagship.

She was then converted to the HMS Coureur under command of Lieutenant Cristopher Major until she was engaged by two American Privateers, the Griffin and Fortune, outside Bonavista Bay. After fierce battle HMS Coureur was taken by Fortune and her crew taken onboard the Griffin. Very soon after, the crew of the Griffin were attacked off Newfoundland by the HMS Fairy and themselves taken captive, although little is known about the final story of the HMS Coureur.

Sorry we have no extra information for this product
This Vessel Type is Fishing boat
Copyright © 2022. US Premier ship Models. All Rights Reserved.