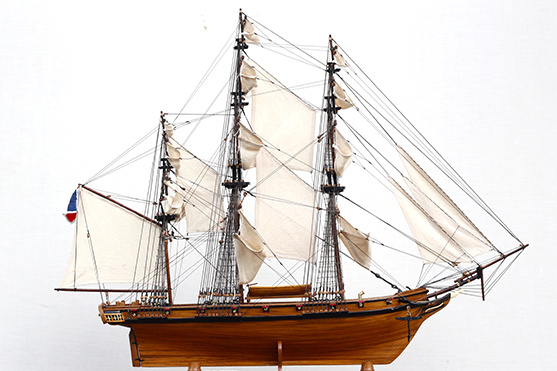 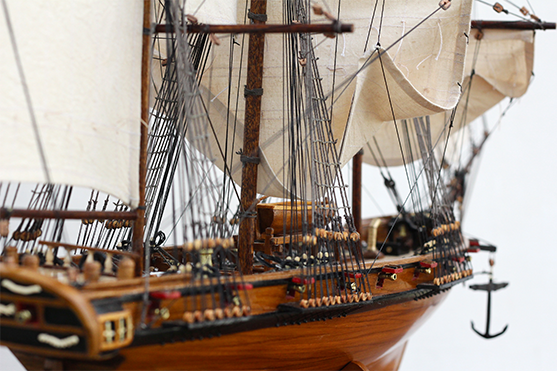 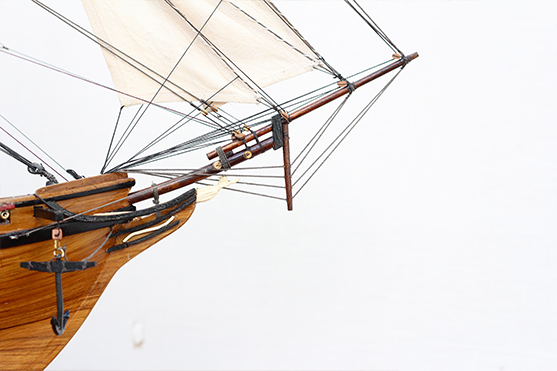 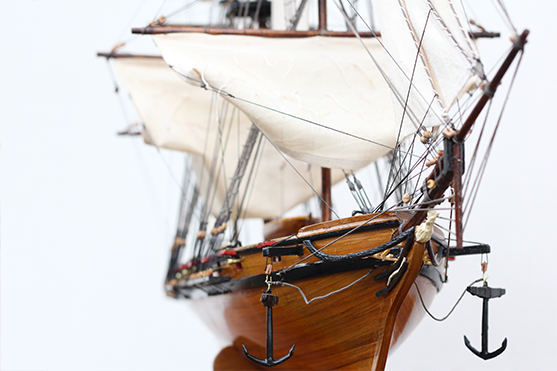 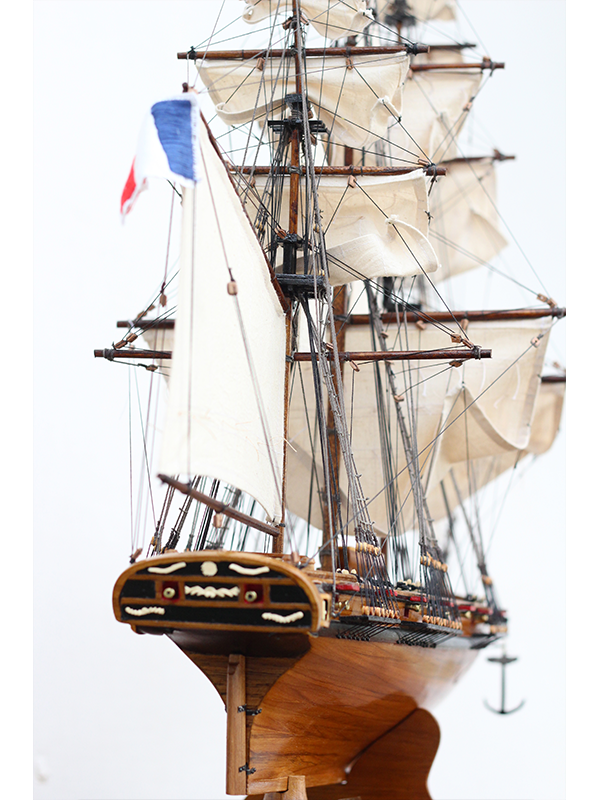 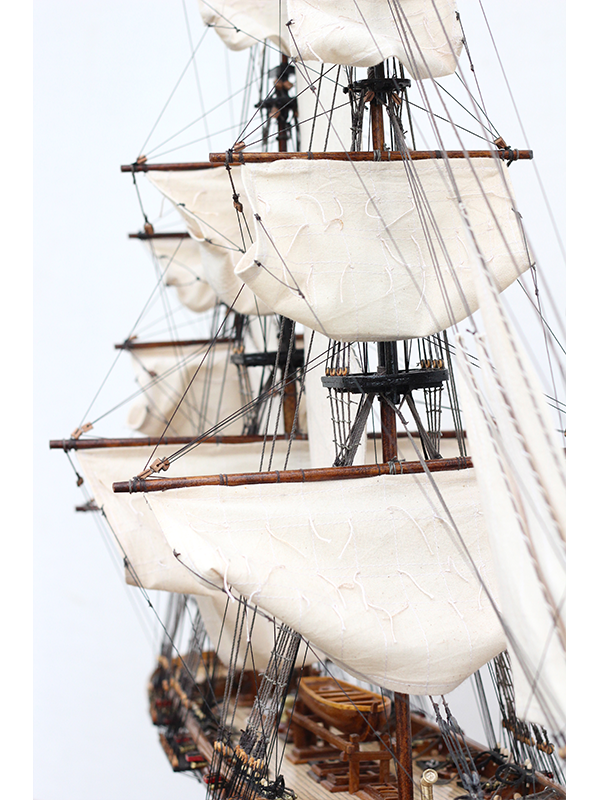 Reprimanded for capturing the Echo as it left the Cape of Good Hope, La Confiance also encountered the American ship Atlantic and Eliza Ann of the British East India Company in the Bay of Bengal. In May 1800, La Confiance was recommissioned and commanded by Surcouf. She subsequently encountered the East Indiaman Kent, and captured her. In 1801, La Confiance sailed as an adventurer to La Rochelle, loaded with colonial goods for her return to France. During the voyage, Surcouf captured a number of ships, including the Portuguese Ebre, which she released her for a ransom of 10,000 piasters. In France, the La Confiance was commissioned as a merchant ship.

The workshop that builds this Ikra sailboat model covers all the stages of model ship building. This includes assembling the hulls, laying the ropes, cutting the sails, carving the parts and varnishing the wood. Once the information has been gathered, the parts of the boat are outlined and cut to the desired scale. The hull is made of wood. There are two layers of wood to build the frame of the La Confiance boat. The bulkheads are cut out of plywood and assembled to make up the first wooden planks and the deck. The deck is laid on a plank, following the same pattern as the actual La Confiance boat. The first part of the hull is made, sanded and smoothed. It is then covered with a the second layer of wood, teak or mahogany depending on the desired finish

The rise of tourism in the Indian Ocean since the 1980s presented a real opportunity for model ship makers. Our manufacturers have been producing large scale models for almost 25 years, producing the best quality products. Our manufacturers also offer a bespoke service, for those who require custom models.

Sorry we have no extra information for this product
This Vessel Type is Bark
Copyright © 2021. US Premier ship Models. All Rights Reserved.