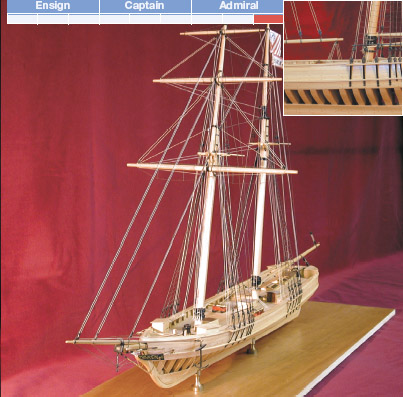 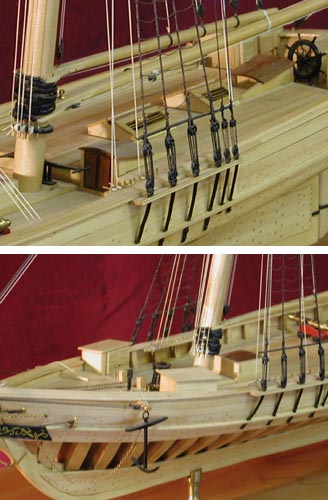 Due to the need for swift patrol vessels off the Atlantic and Pacific coasts, the Baltimore clipper, a Campbell class of fourteen revenue cutters, was developed.  The topsail schooner, Jefferson Davis, was one of the most famous.  She was built following the discovery of gold in the Western states.  She was fast and powerful enough to discourage smugglers.

With slight damage from a hurricane in 1853, she docked in the Charleston, South Carolina for repairs.  She then sailed around Cape Horn, arriving in San Francisco in July 1854.  Then in September 1854 she continued up the coast to Port Townsend, Washington.

This model boat kit is for the experienced modeler. The one-fourth inch basswood frames are closely spaced as in actual ship construction.  This will allow plenty of bearing surface for smooth planking.  The frames are pre-beveled.

This is an expert level model.

Sorry we have no extra information for this product
This Vessel Type is Clipper
Copyright © 2022. US Premier ship Models. All Rights Reserved.