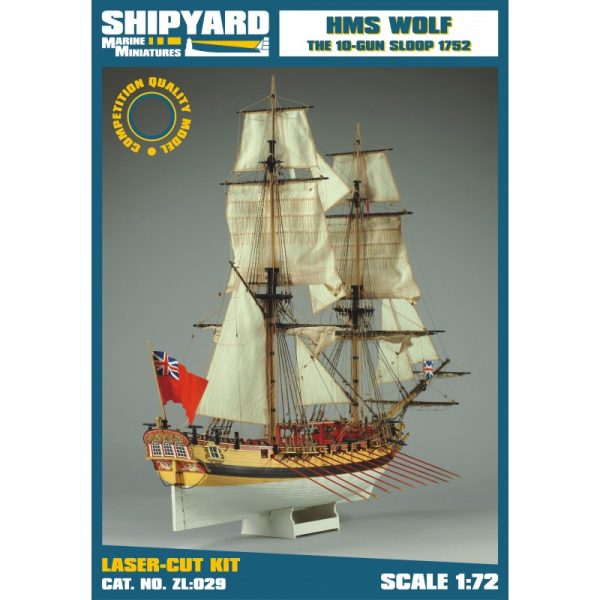 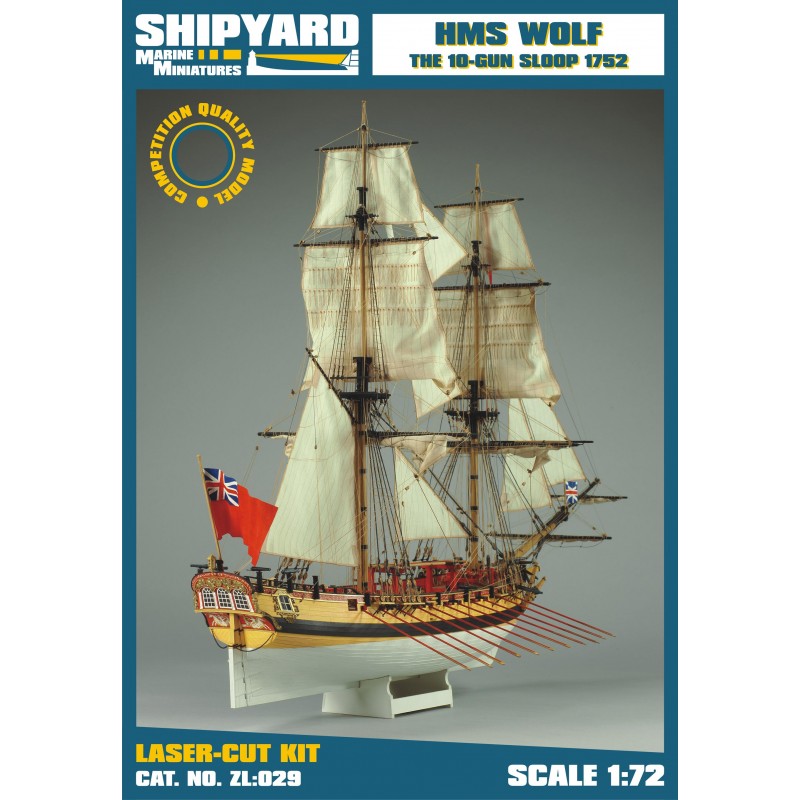 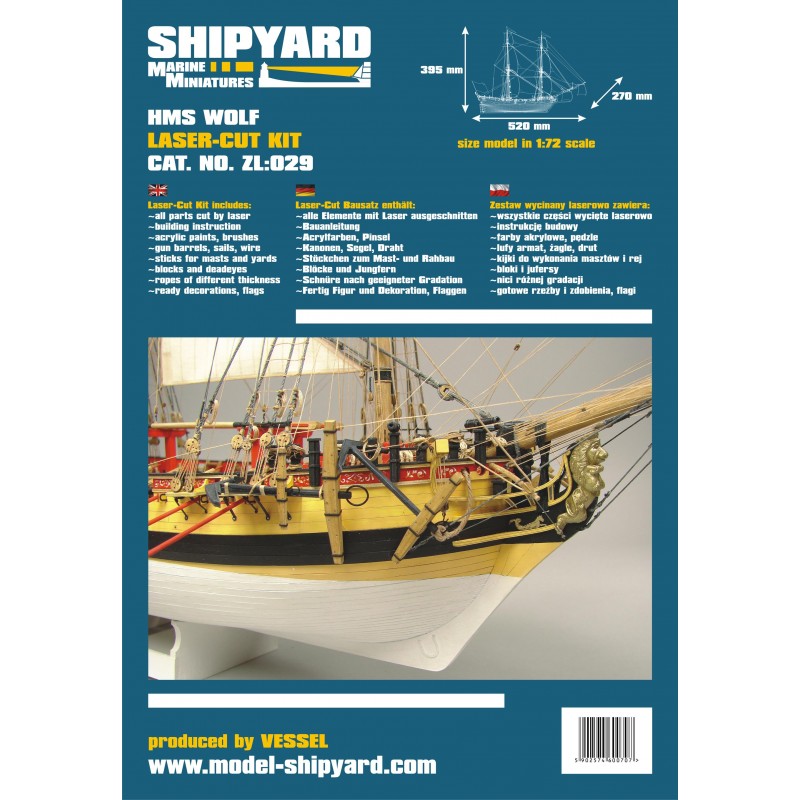 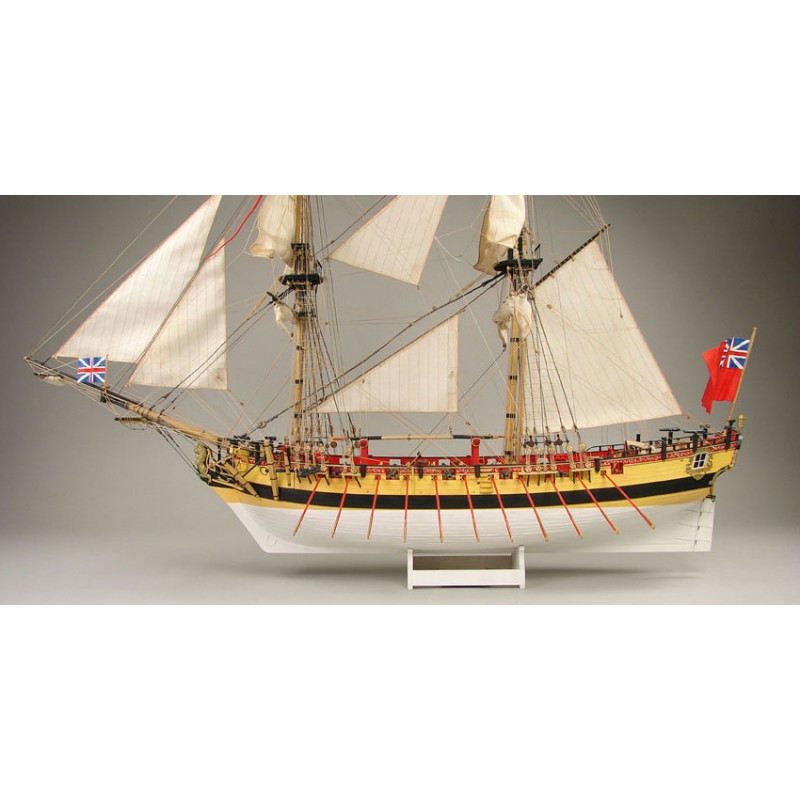 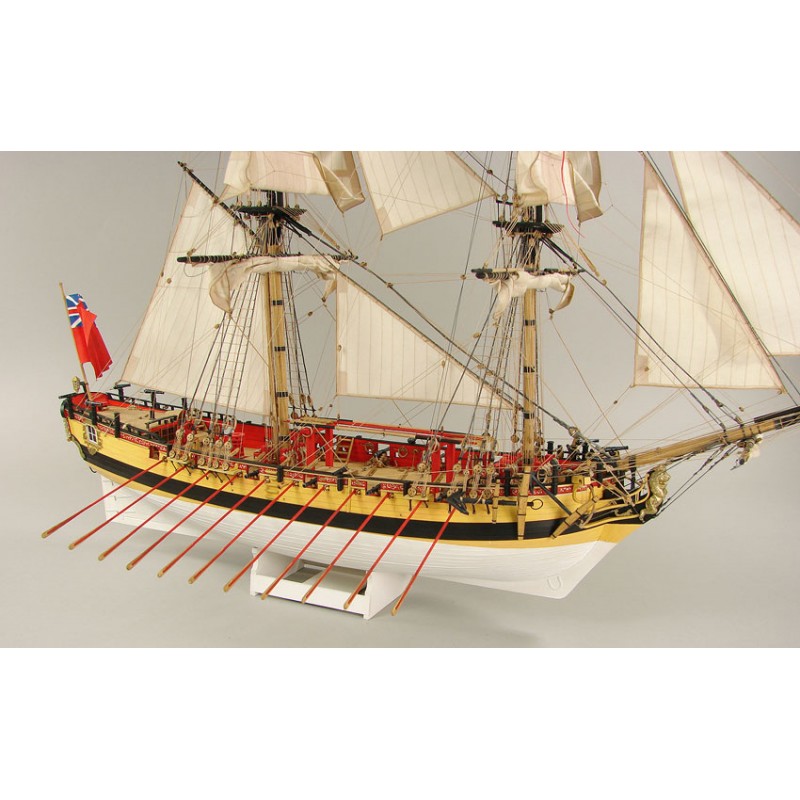 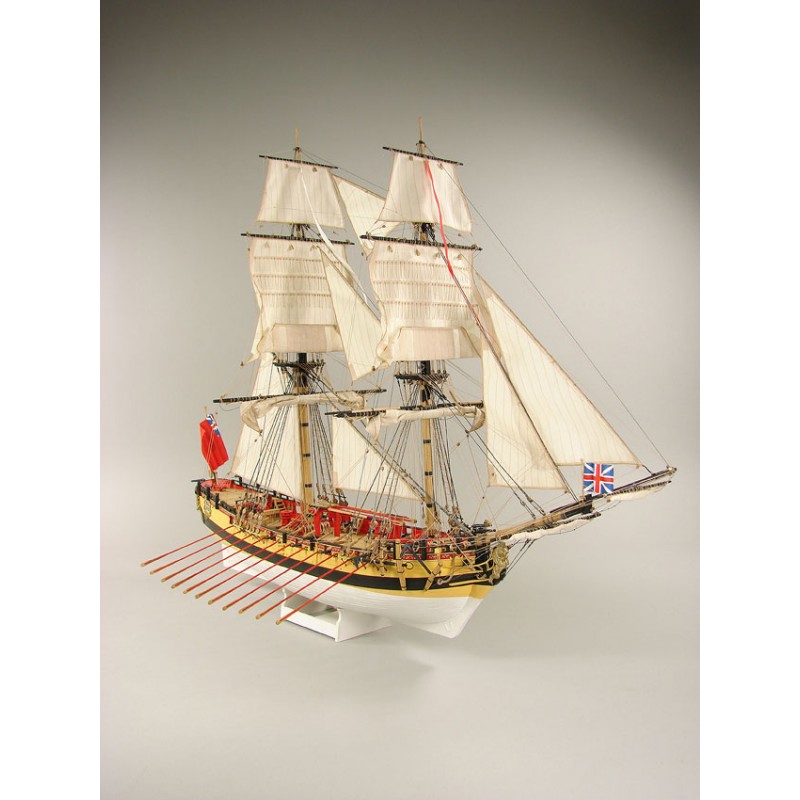 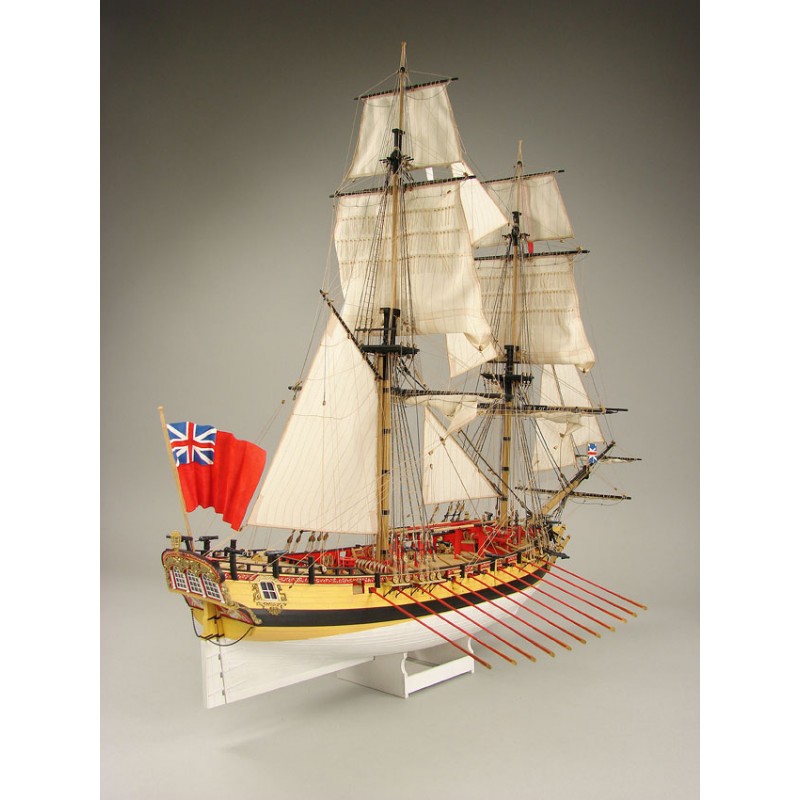 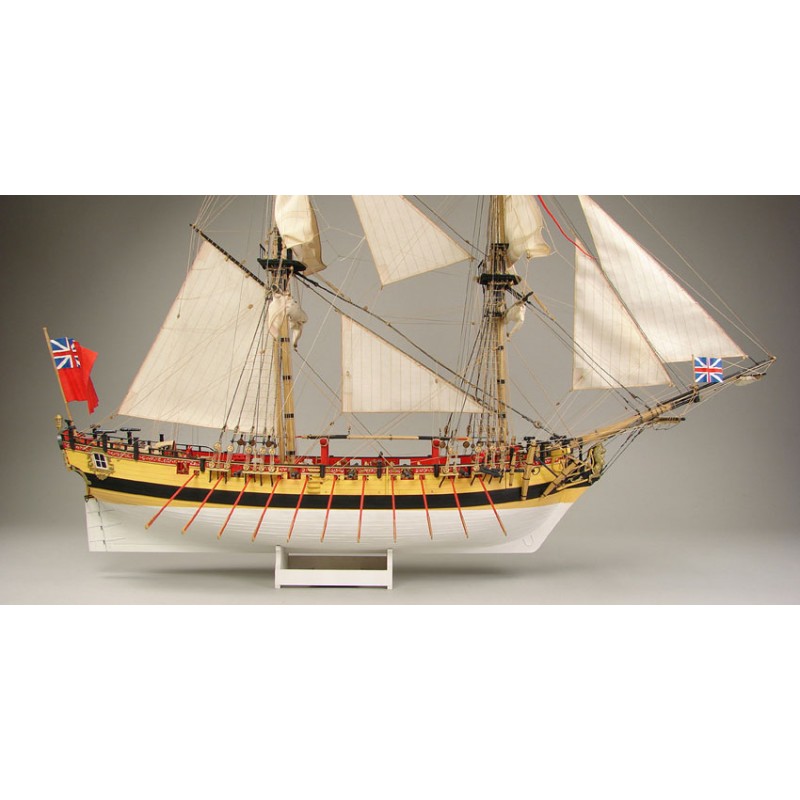 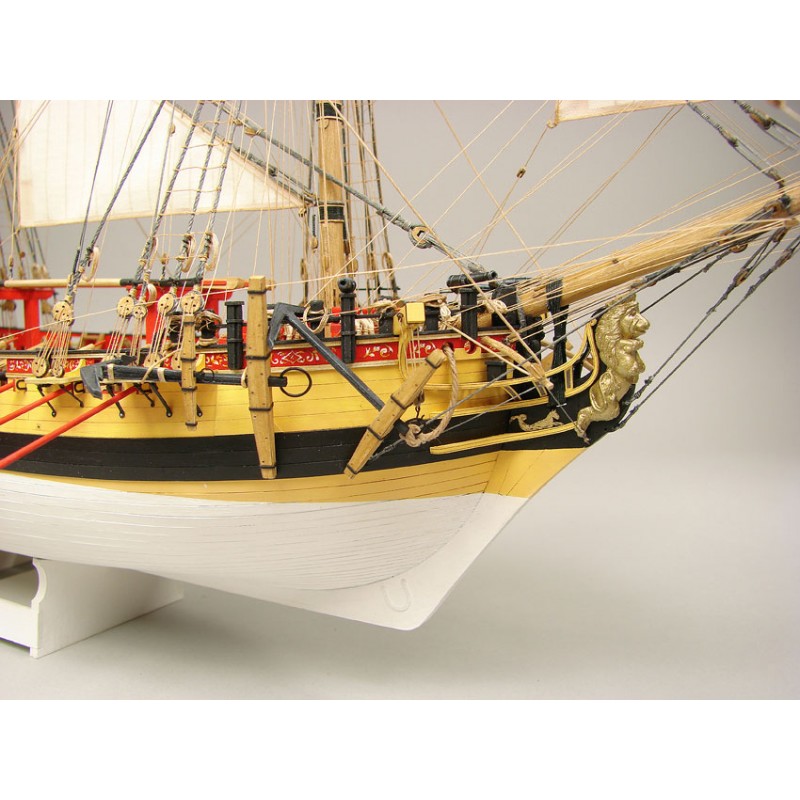 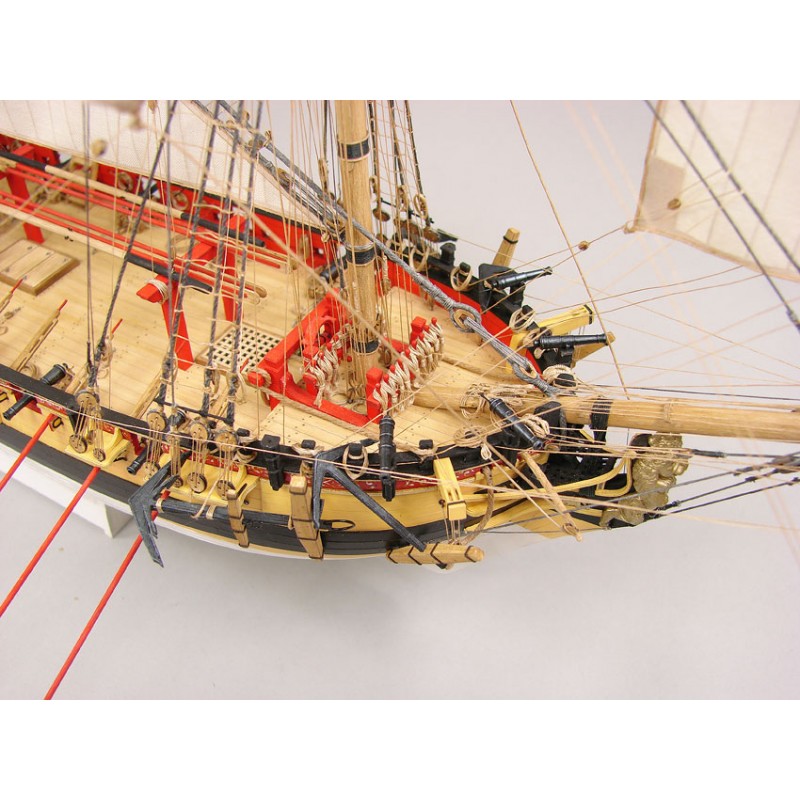 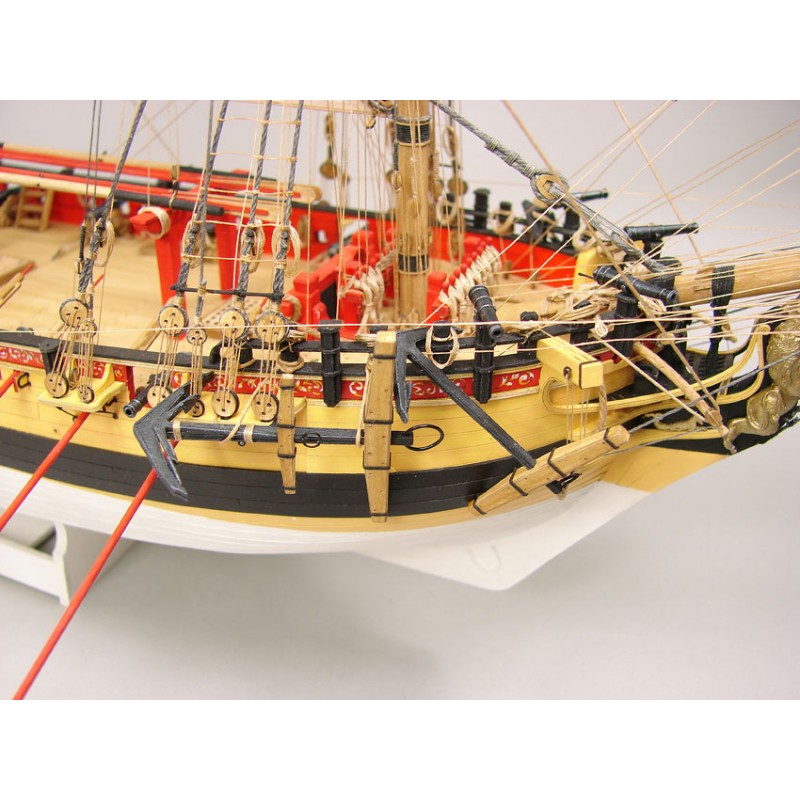 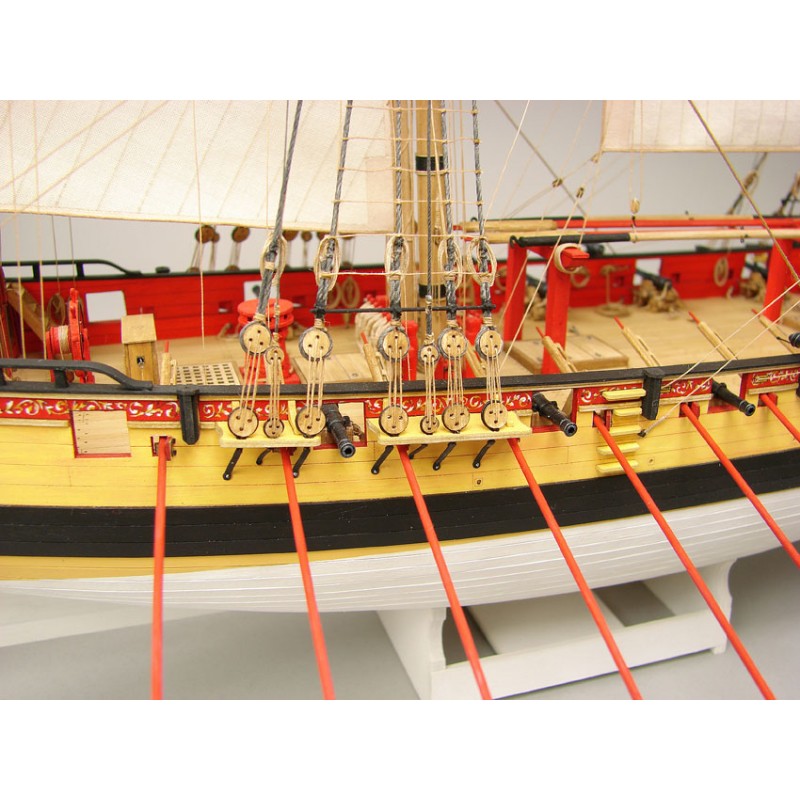 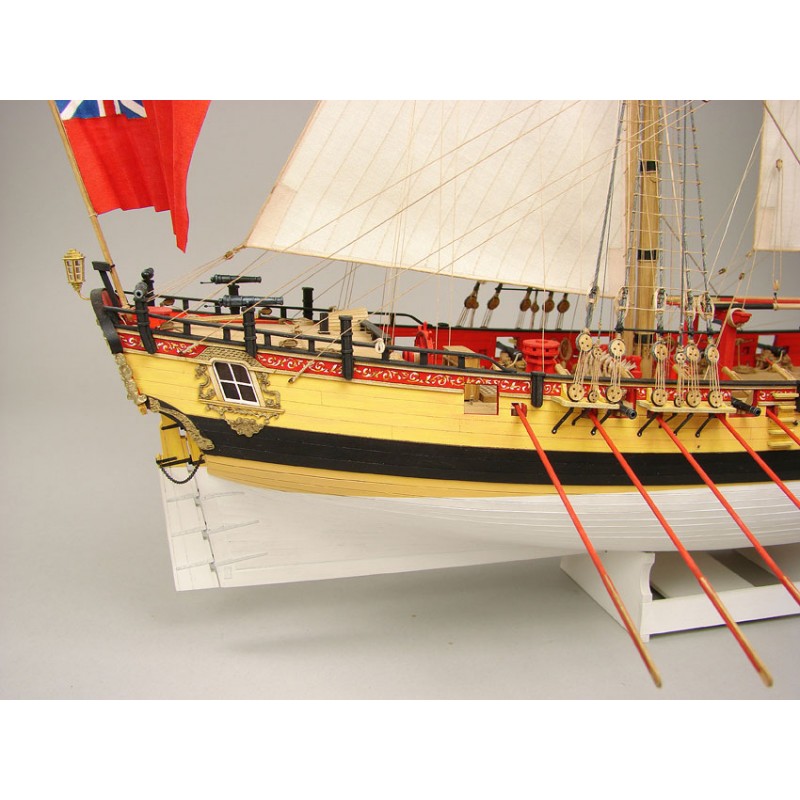 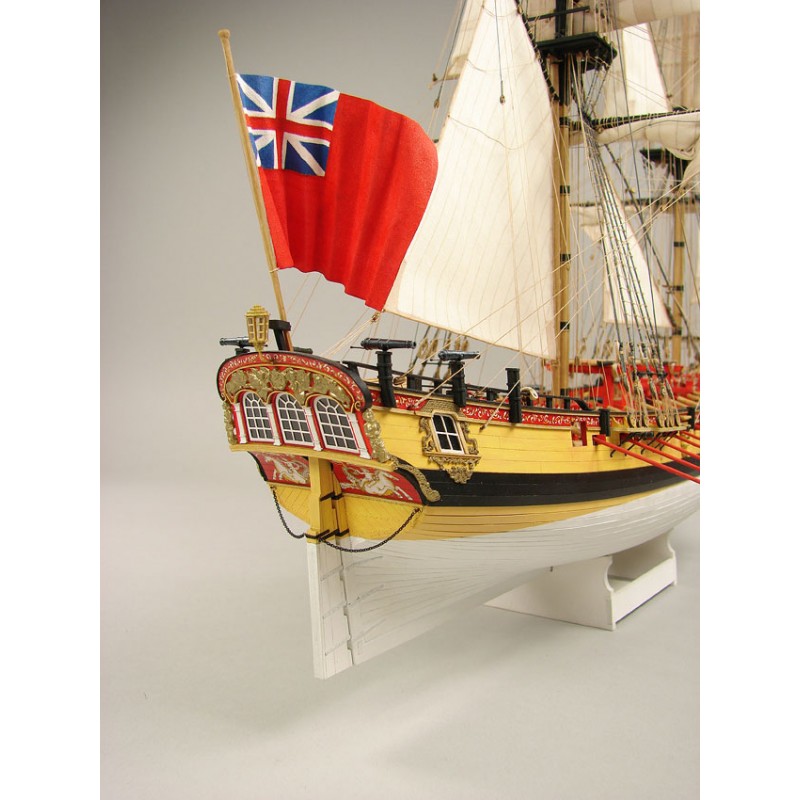 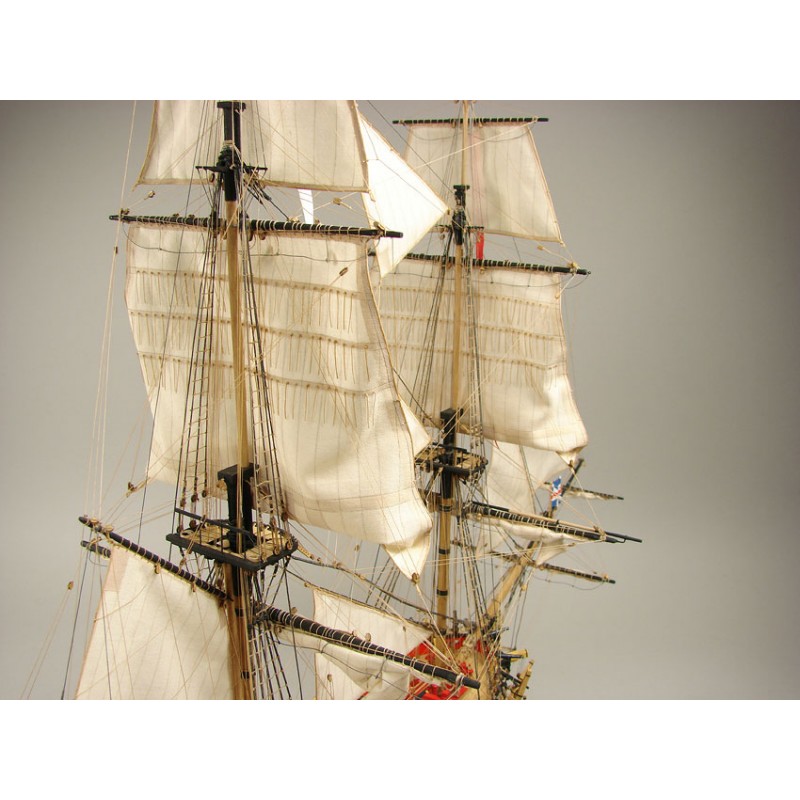 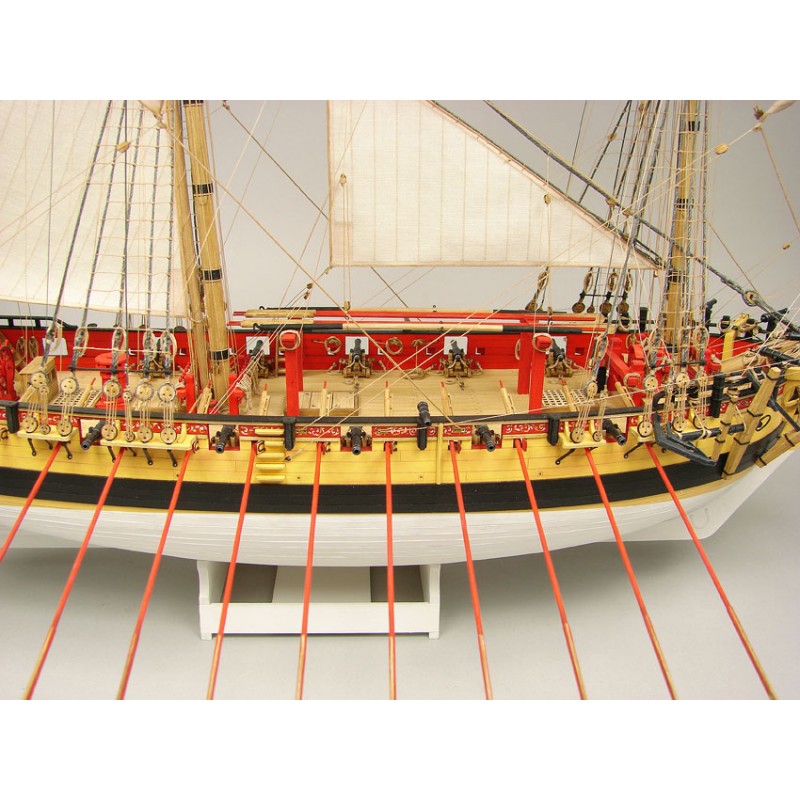 The HMS Wolf 1754 Model Boat Kit is manufactured by Shipyard Models, who have a range of ready for assembly models built of wood. The kit includes all the parts and pieces to build and included are paints and sails for finishing touches on the model.

The HMS Wolf was built at the Chatham Dockyard on the 10th of October 1753 and wouldn’t be completed with fittings until 24th of May 1754. She was built as a Cruizer Class Sloop with 8 guns with a crew compliment of 50 souls. This would be the second Cruizer Class ship that Chatham had produced, having previously completed building the Speedwell in 1752. She would set sail under John Knight as her Commander on 23rd of August 1754 and continued to receive a steady stream of new Commanders throughout the next three decades.

In 1758 on the first of April, she engaged and took La Marquise de Saint Ange a French Privateer Snow of 8 guns. She was then engaged in the Bombardment of Le Havre on the third of August 1759, after which point Hugh Bromedge was Transferred to command the vessel. In the convening years she was repeatedly paid off, surveyed and recommissioned till she engaged in the Affair of Fielding and Bylandt, a footnote in the American war of Independence. On New Year’s Eve, the last day of 1779 a fleet of British battleships lead by Charles Fielding engaged a smaller Dutch fleet under van Bylandt as the British ships requested to search the vessels for French contraband. Van Bylandt refused, advising that if the British attempted to search his ships he would open fire. The next day the British ships attempted just that and were assaulted with Dutch cannonfire; this was promptly responded to by the 90 gun flagship Namur to which the Dutch struck their flag and surrendered immediately. The British refused this surrender and instead captured the Dutch fleet of nine vessels as prizes of war to be later condemned. Wolf was sold at Portsmouth in 1781 and did not continue service for the Royal Navy.

Sorry we have no extra information for this product
This Vessel Type is Galley
Copyright © 2022. US Premier ship Models. All Rights Reserved.