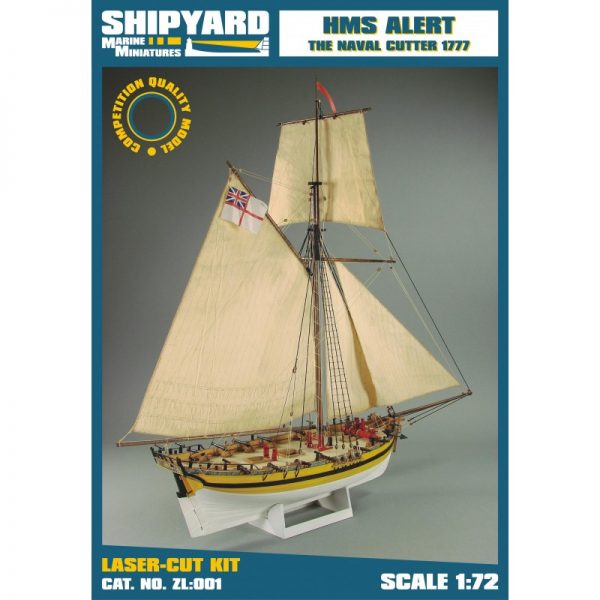 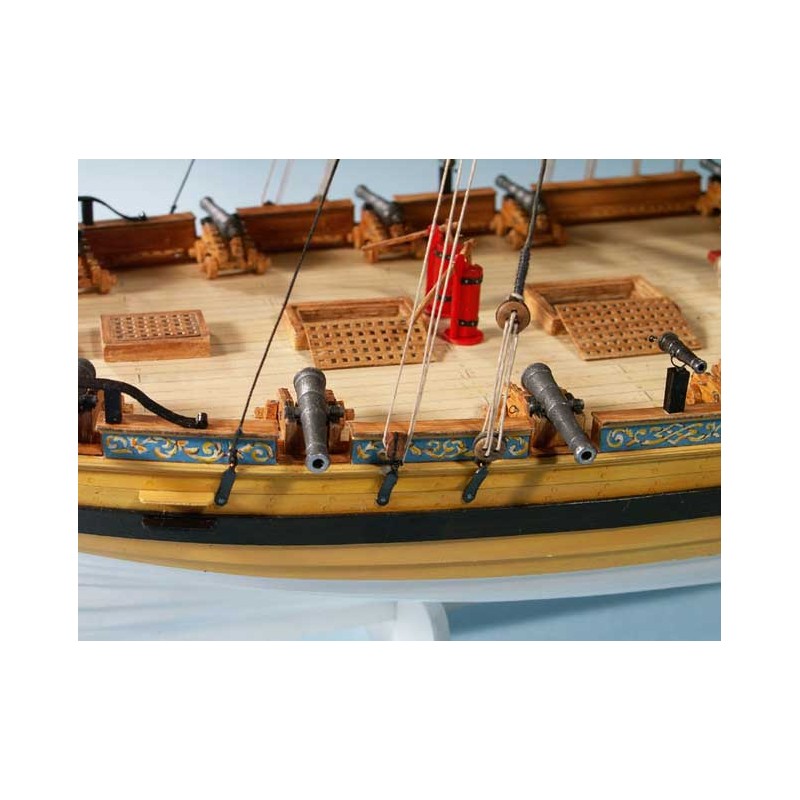 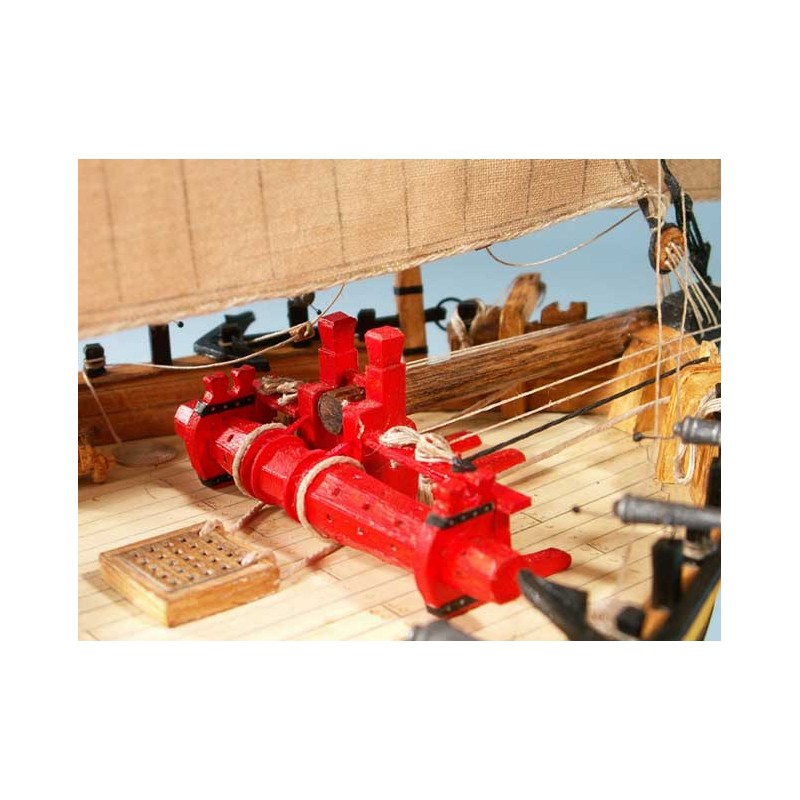 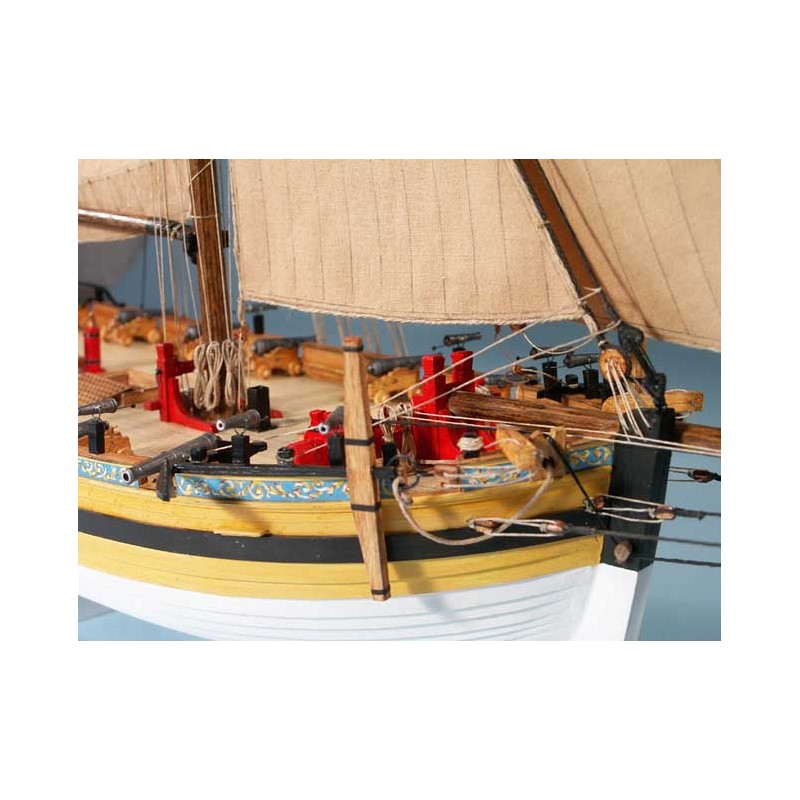 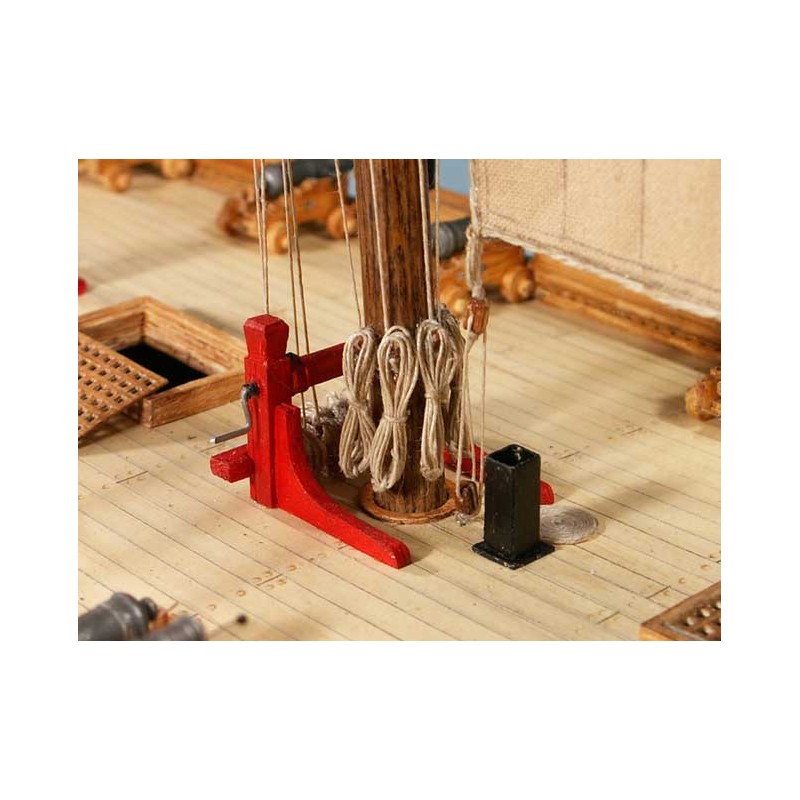 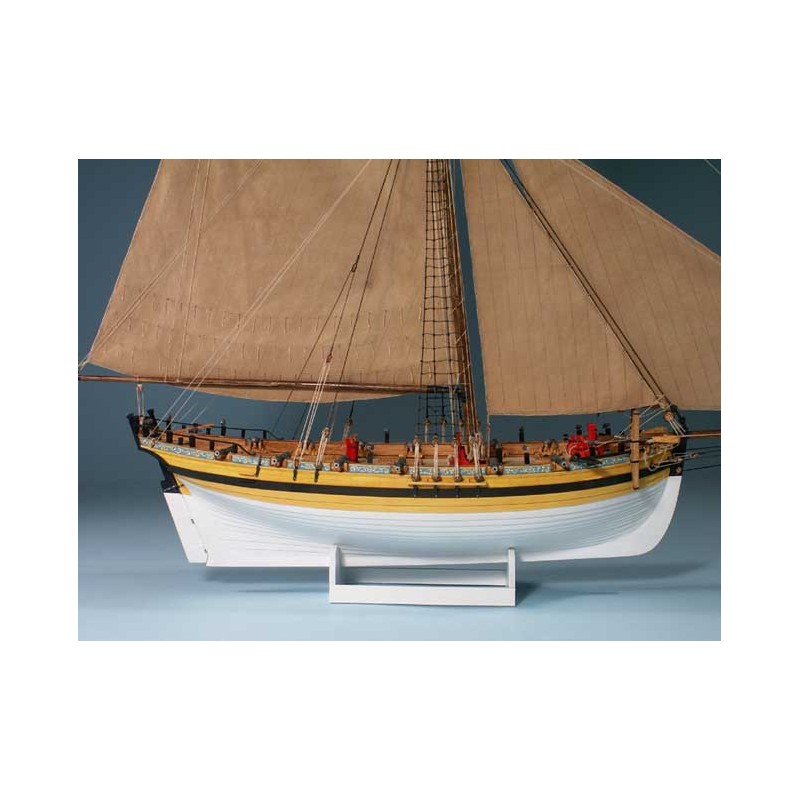 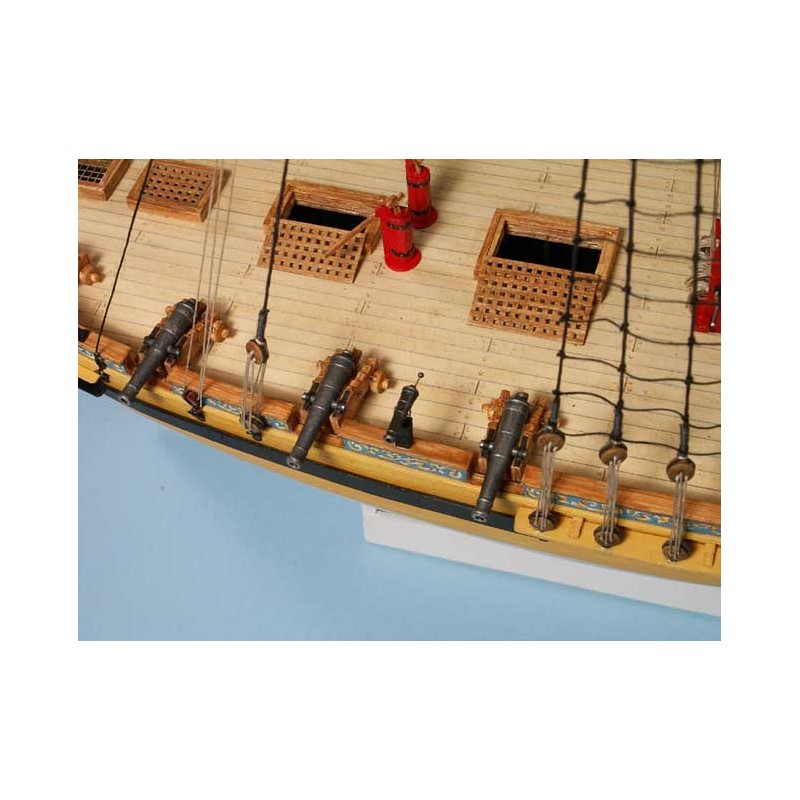 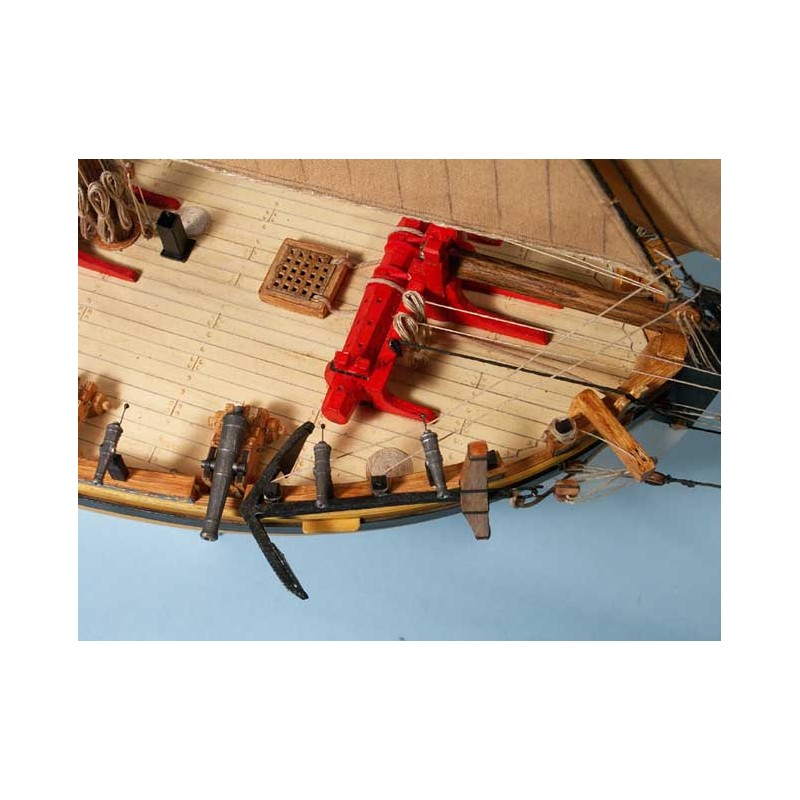 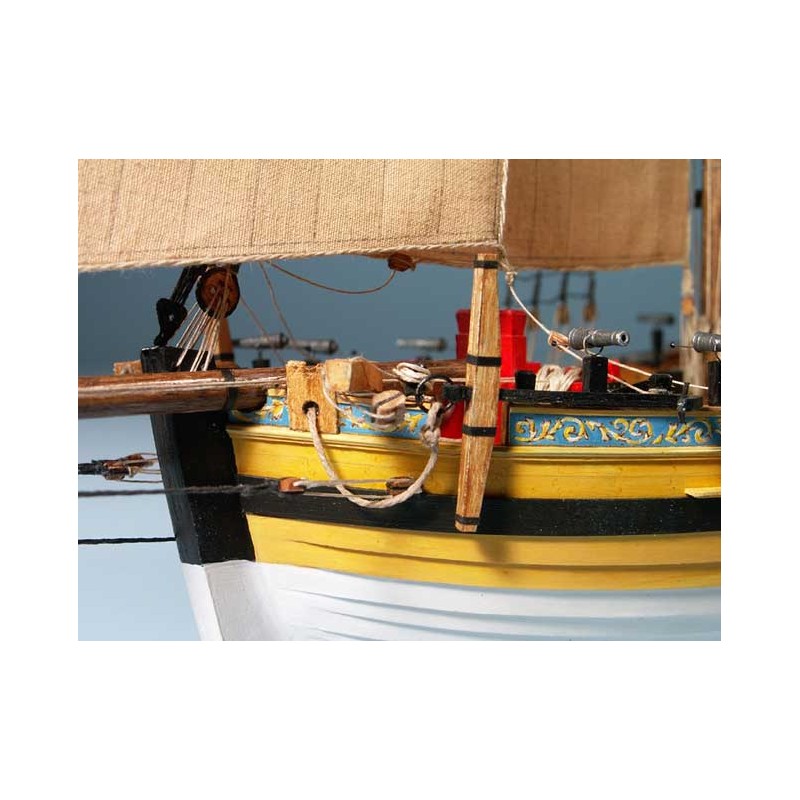 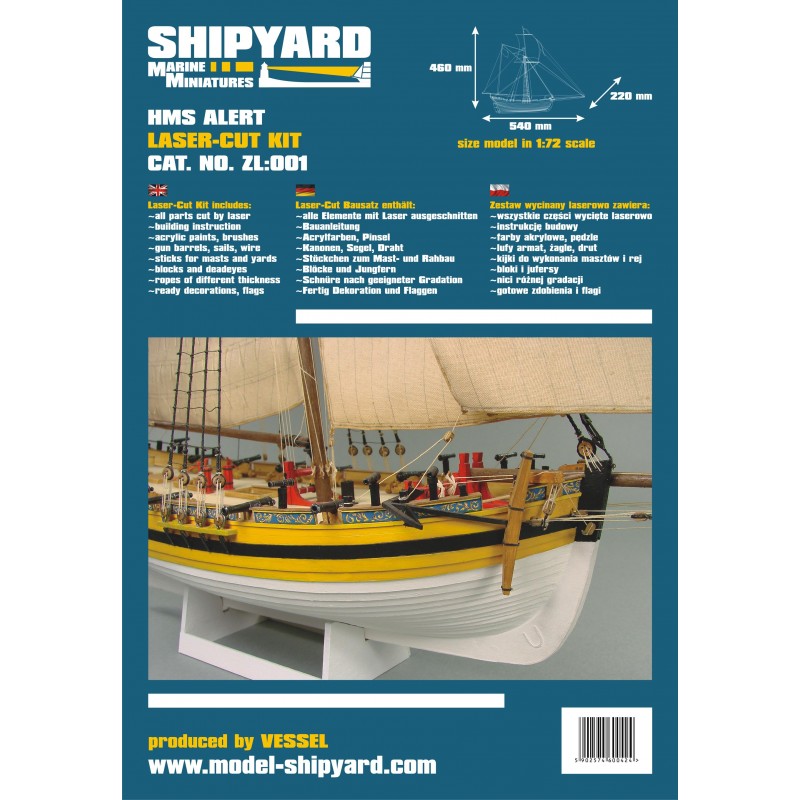 The HMS Alert 1777 Model Boat Kit is manufactured by Shipyard Models, who have a range of ready for assembly models built of wood. The kit includes all the parts and pieces to build and included are paints and sails for finishing touches on the model.

The HMS Alert was commissioned as a Cutter with 10 guns but soon after received renovations to make her a Sloop. She was launched from Dover in 1777 which happened to be a dangerous place in the 18th century. In an engagement of the American Civil War, on the 19th of September in the English Channel she valiantly held off the Lexington for two hours, receiving heavy damage to her rigging. Her crew held firm, however, and after the crew made repairs to the vessel she caught up to the Lexington, now out of munitions from their attack. The Alert bombarded her for an hour and a half before the Lexington’s crew struck her colours and surrendered to the British.

On the 17th of June, nearly a year later, under command of Lieutenant William George Fairfax she participated in a Naval engagement against French forces. In a bid to keep her enemy’s Navy disparate the English sent Admiral Keppel to a Naval Stronghold in Brest to observe and attempt to severe connection with their counterpart in Toulon. Keppel decided to engage his 21 Ships of the Line and 3 Frigates, and sent HMS Alert after Le Belle Poule which was out on reconnaissance at the time. Alert attempted capture, but the Belle Poule evaded them in a rocky cove. Alert did capture Le Coureur in the battle, but it should be noted the French celebrated the previous evasion so highly a hairstyle was invented in high society named the Belle Poule, where a small ship was based on a hairpiece.

The HMS Alert was captured in the Channel by the Junon on the 18th of July the same year and after briefly serving under the French ended up foundered off the American coast in December of 1789.

Sorry we have no extra information for this product
This Vessel Type is Merchant ship
Copyright © 2021. US Premier ship Models. All Rights Reserved.