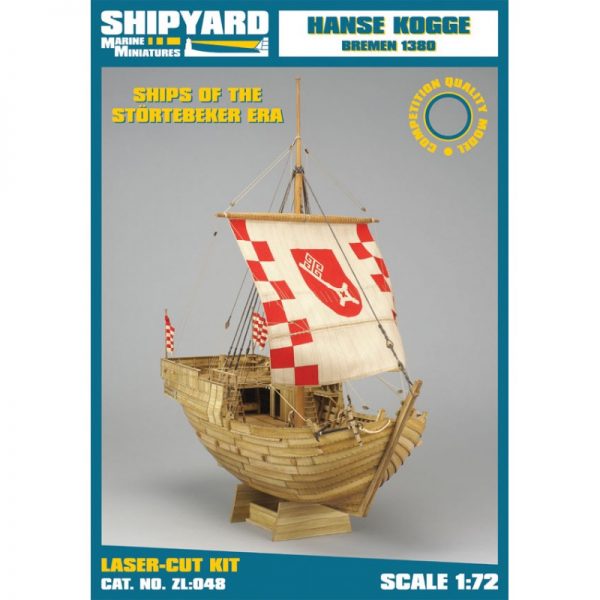 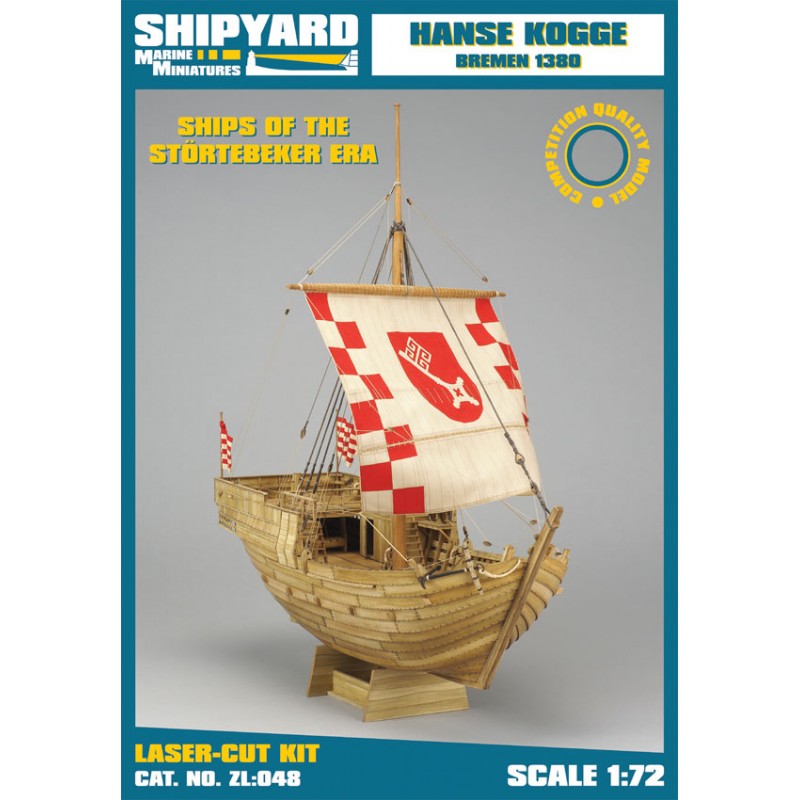 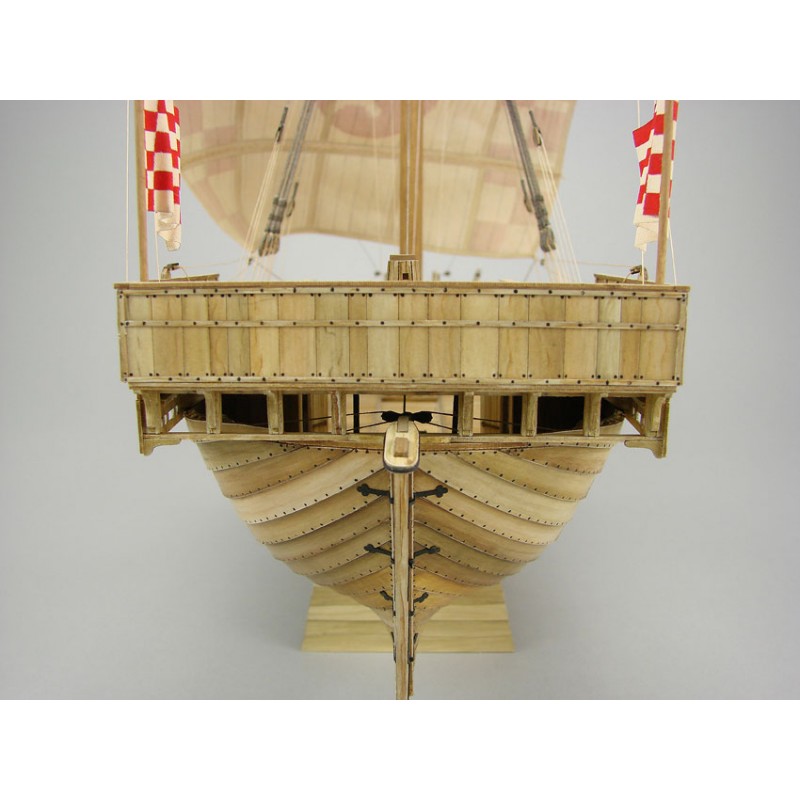 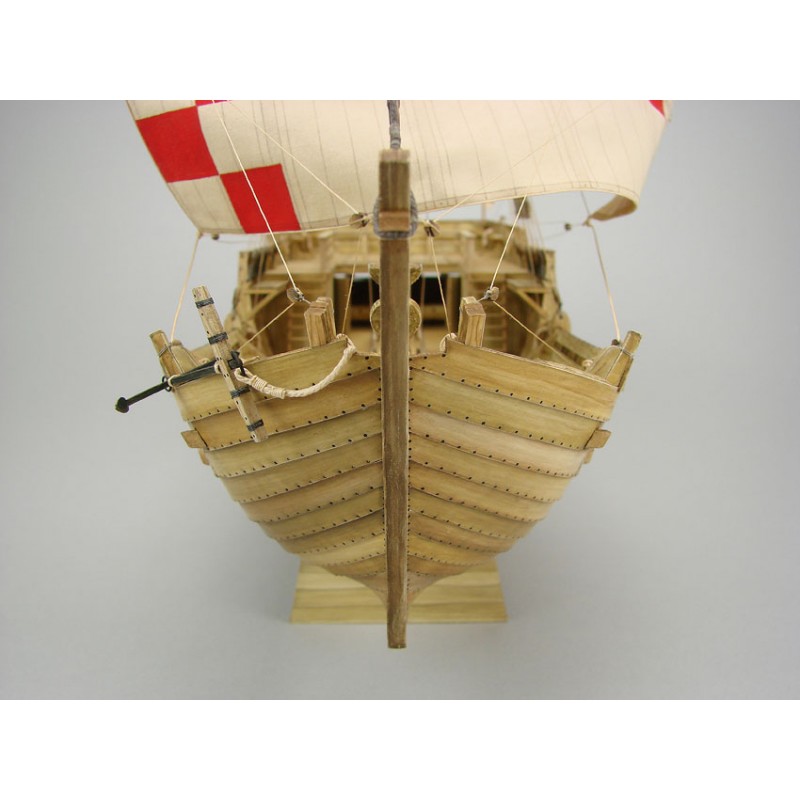 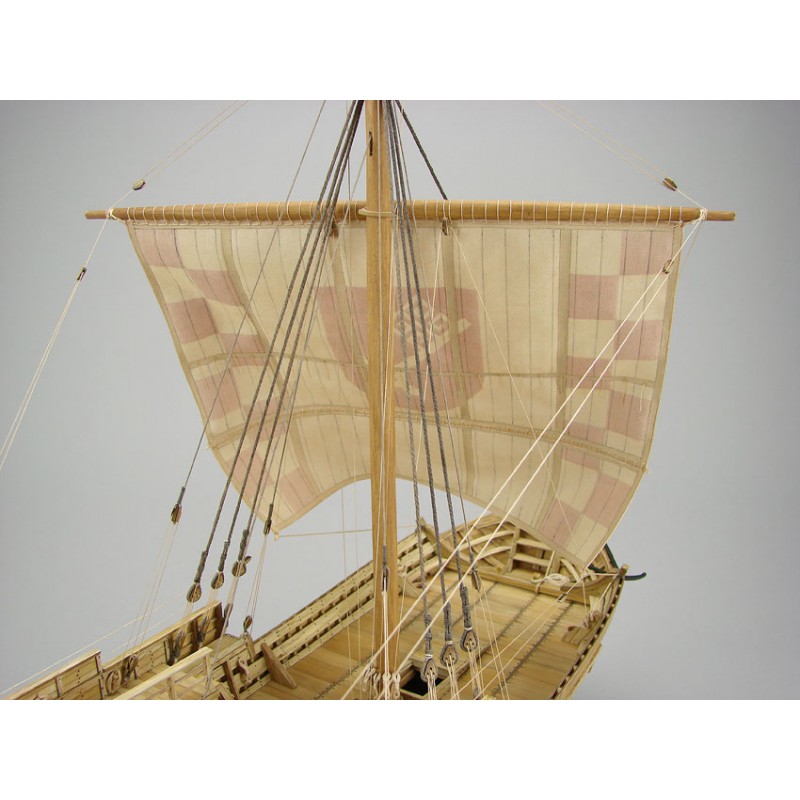 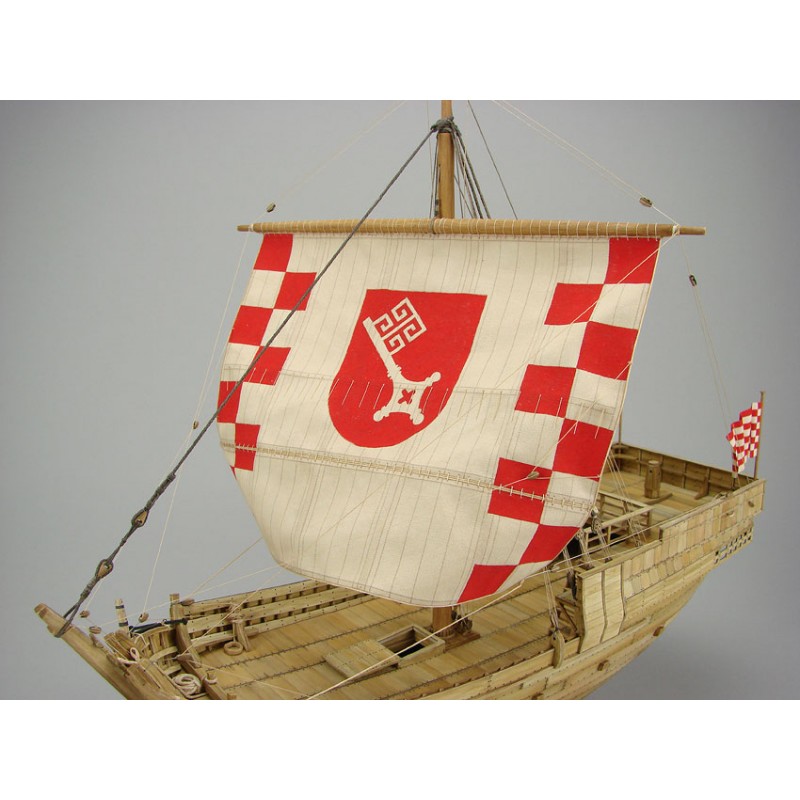 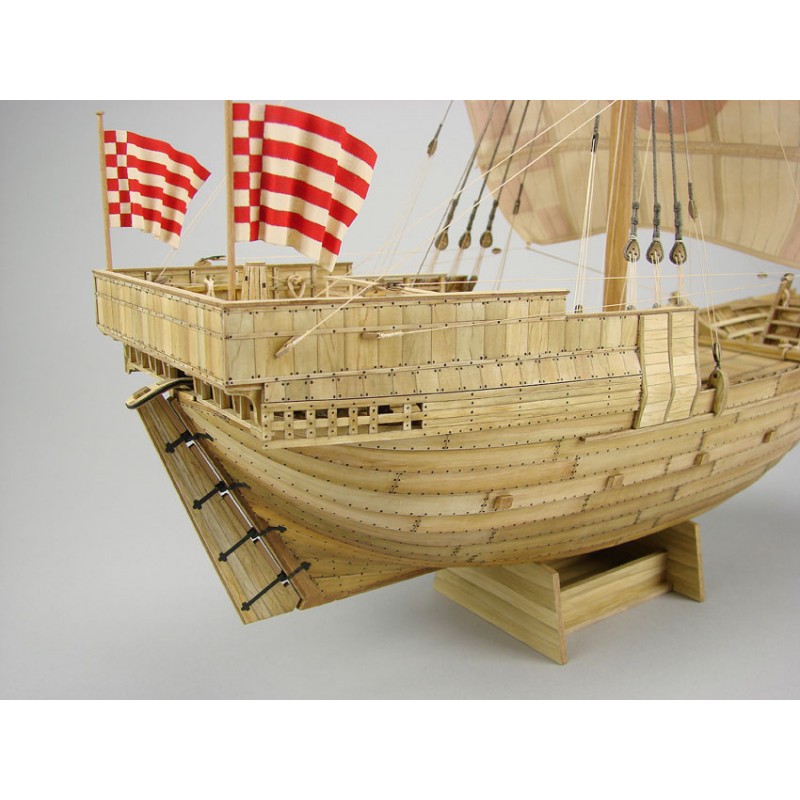 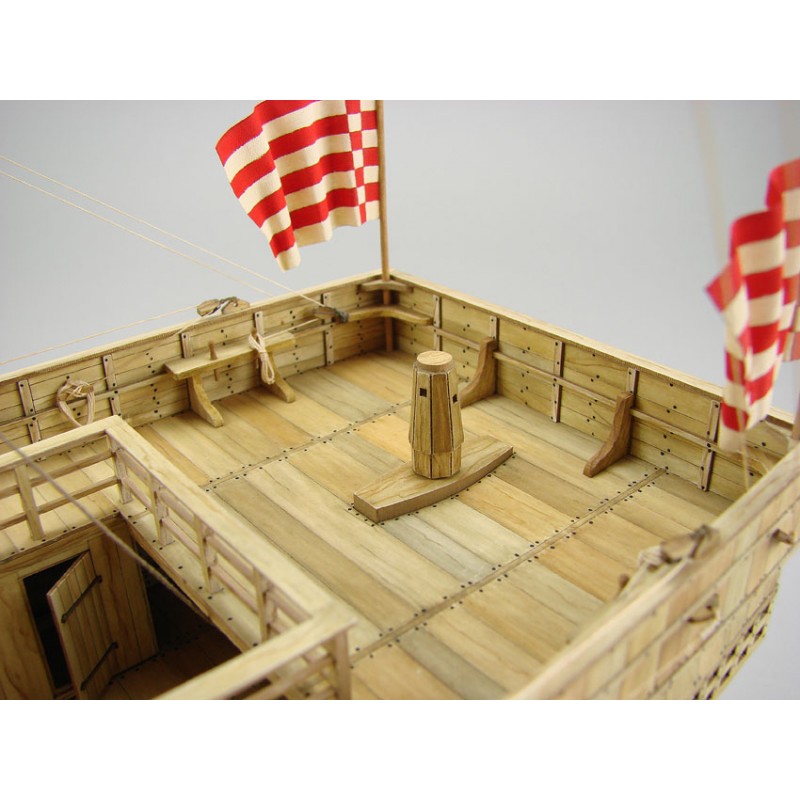 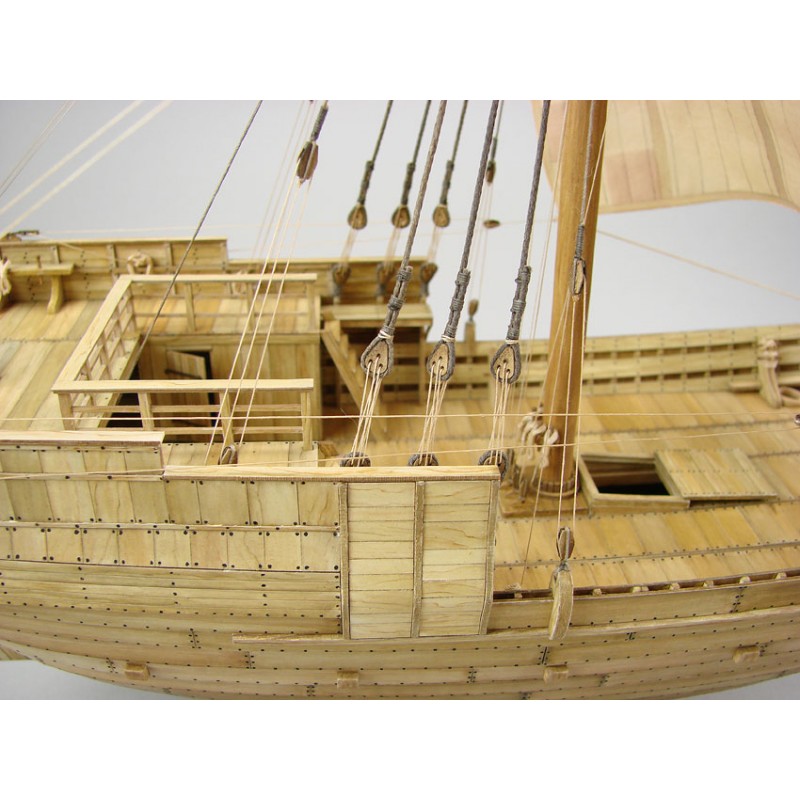 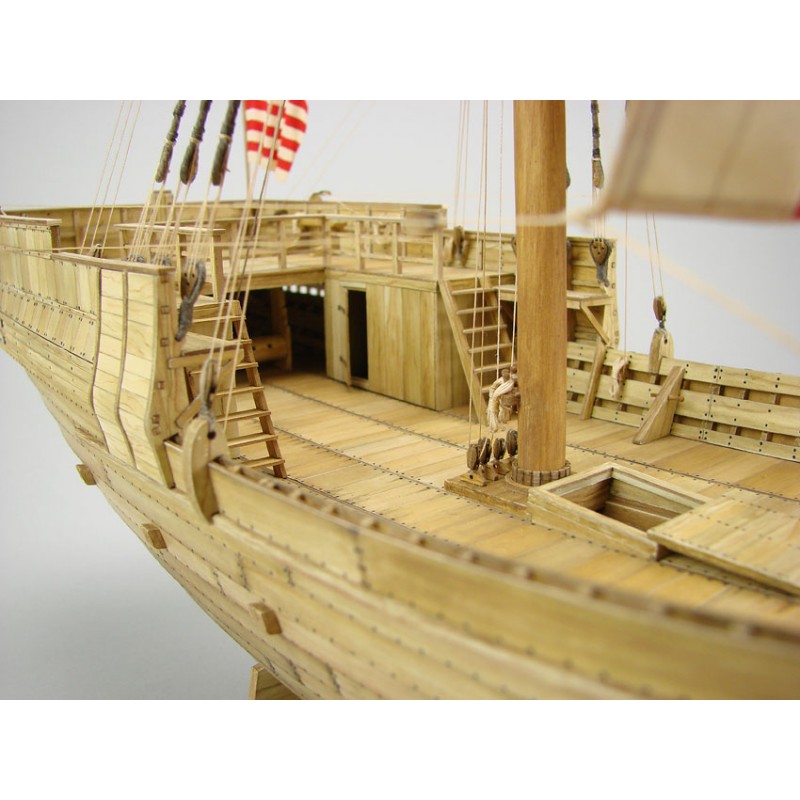 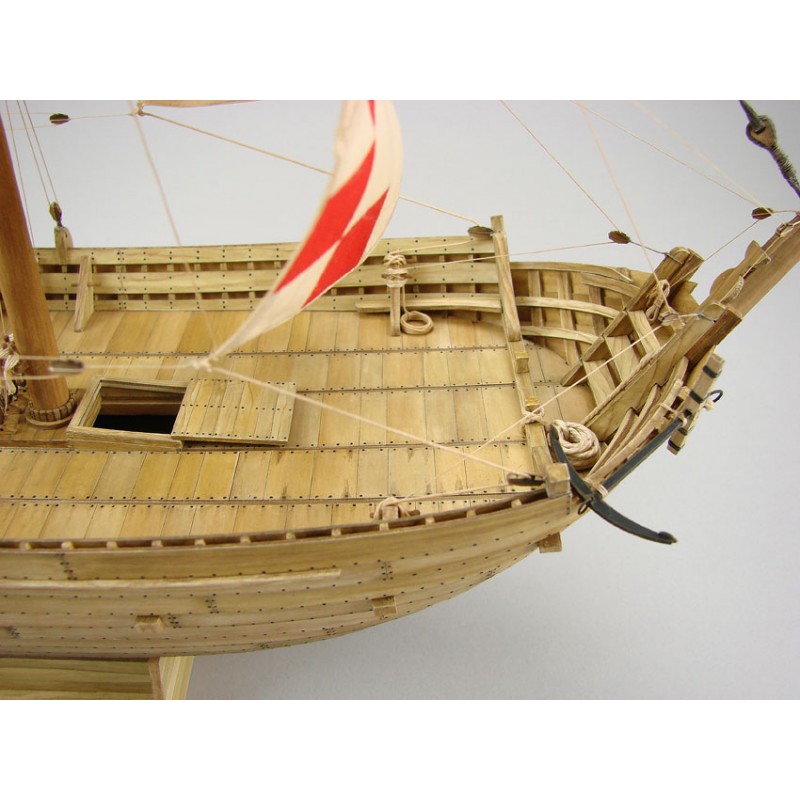 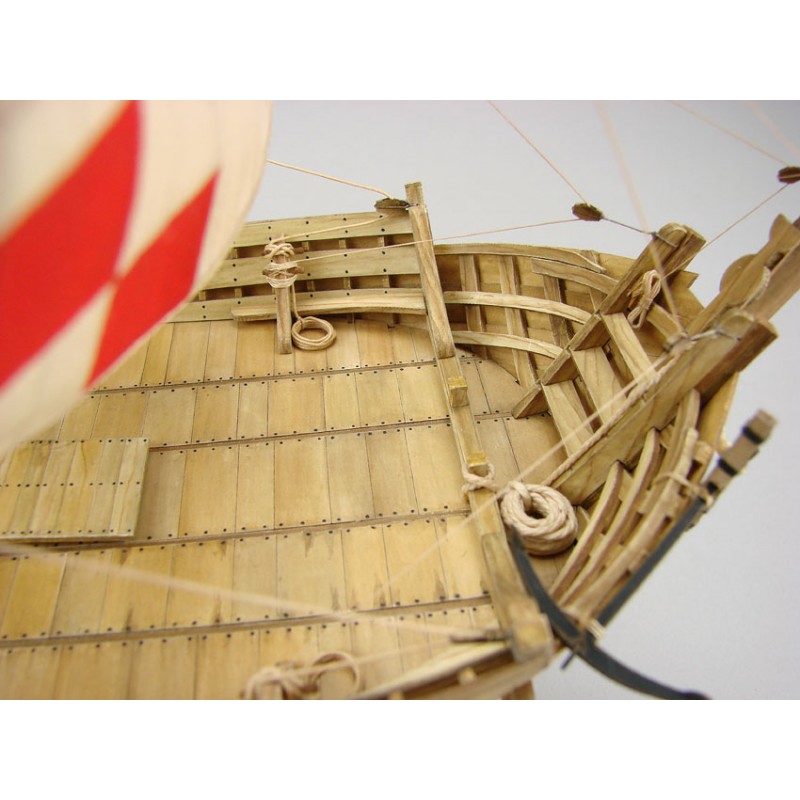 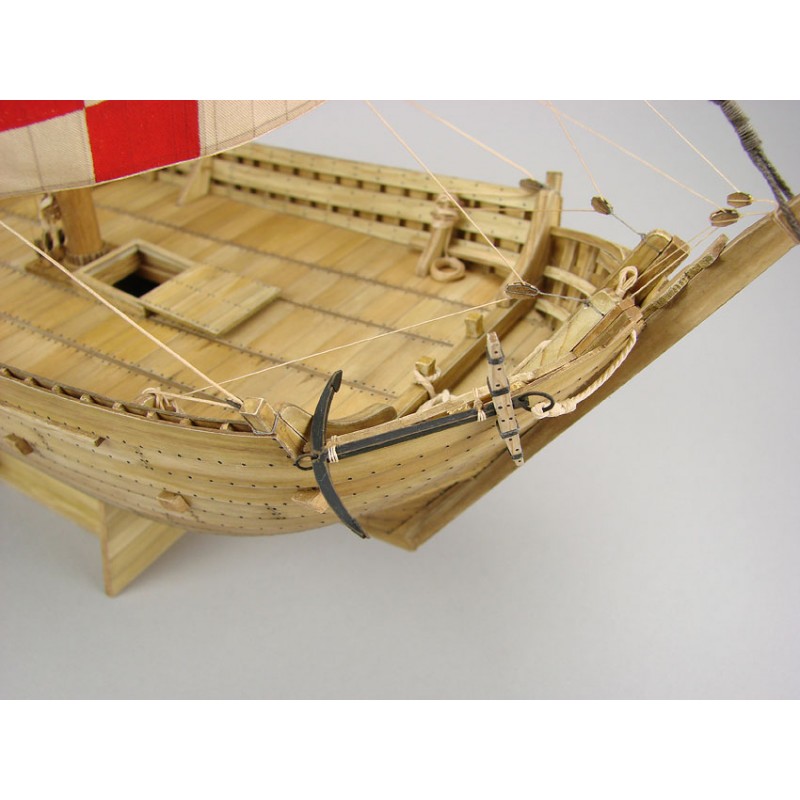 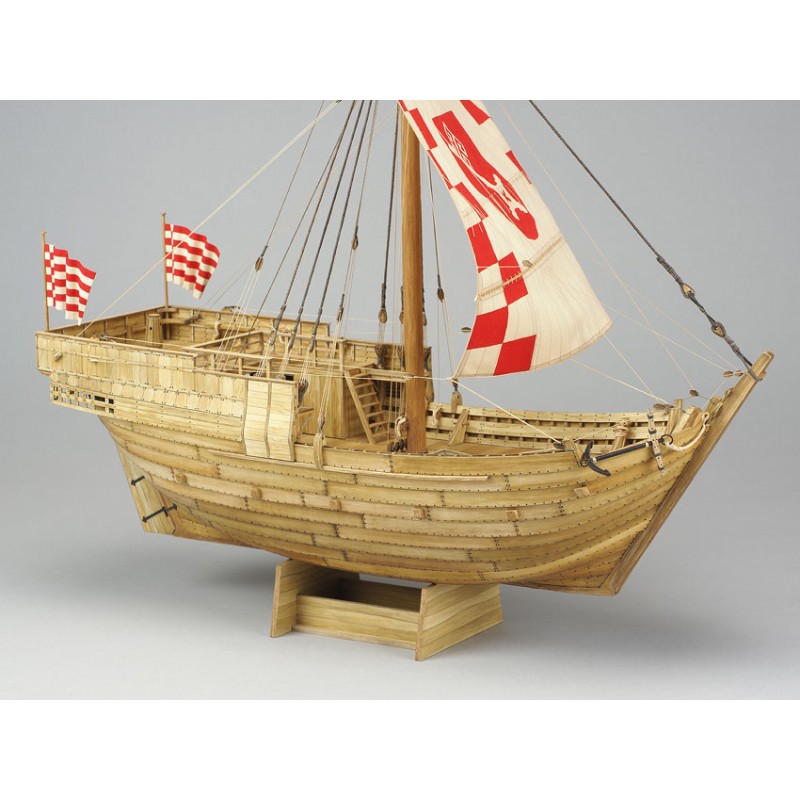 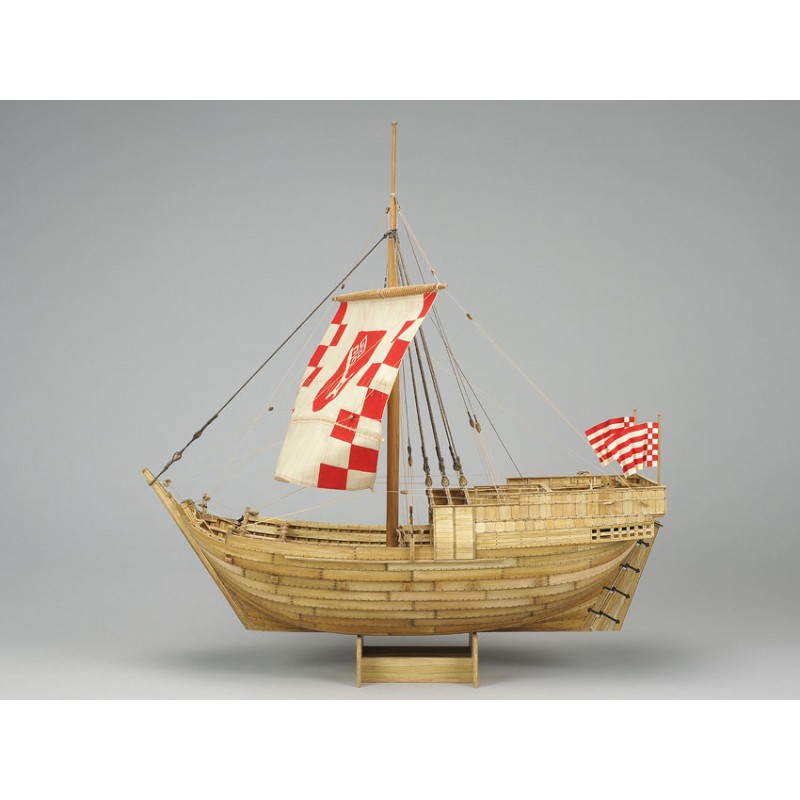 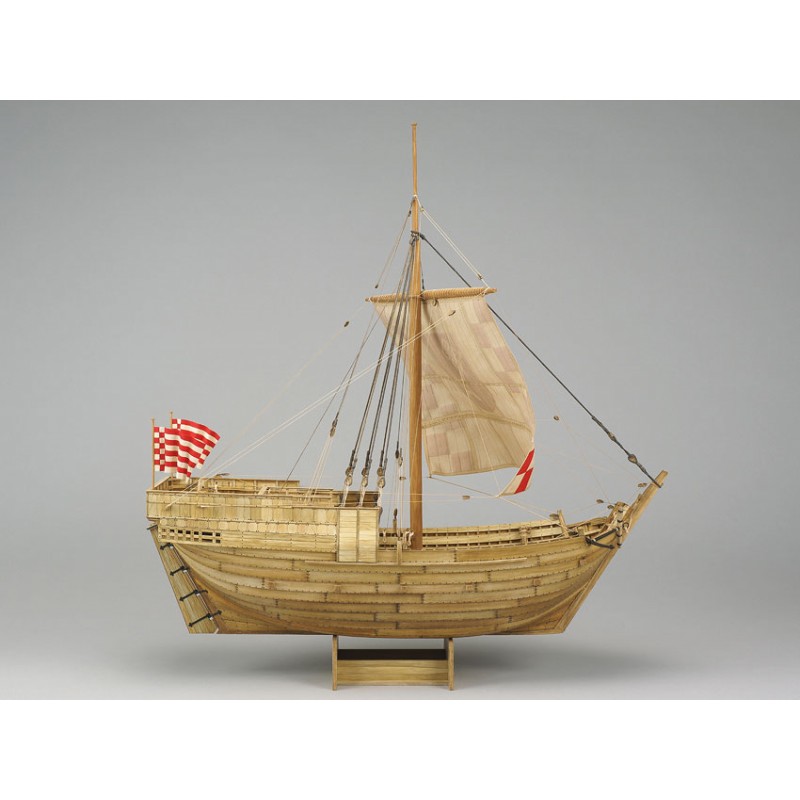 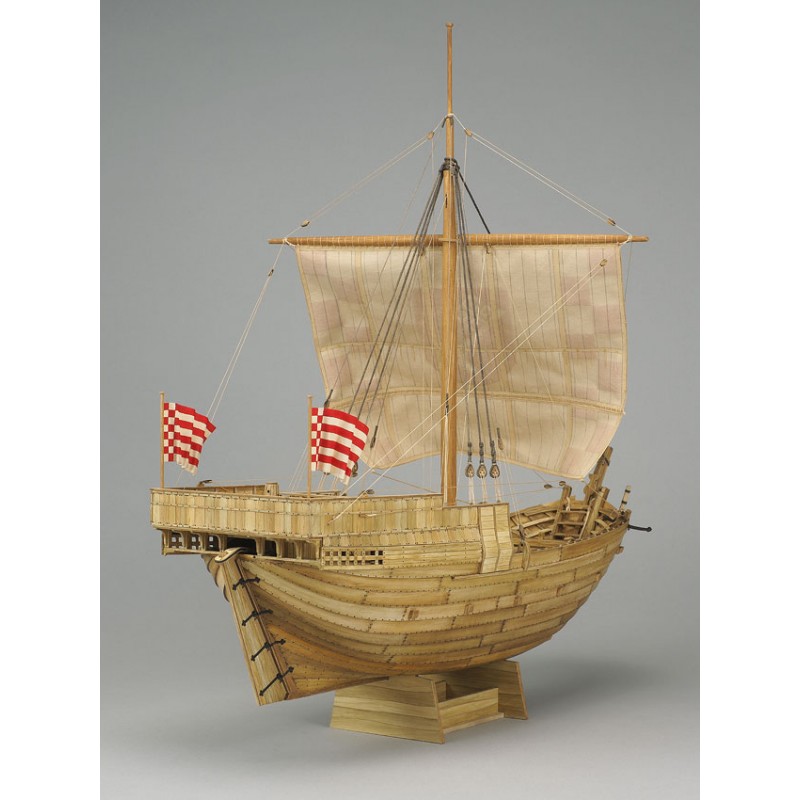 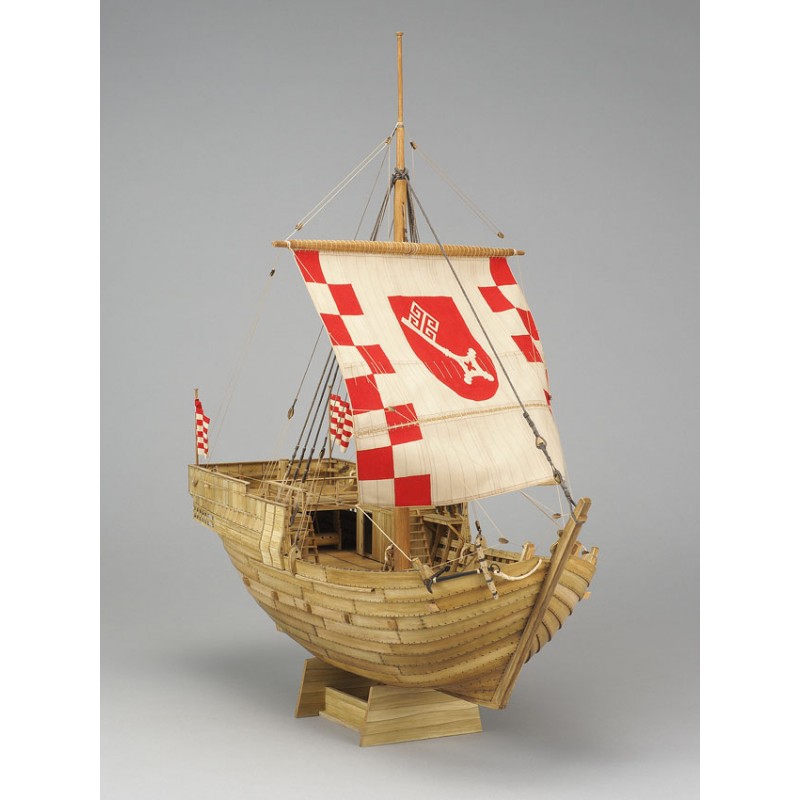 The Hanse Kogge – Bremen 1380 Wooden Model Ship Kit is manufactured by Shipyard Models, who have a range of ready for assembly models built of wood. The kit includes all the parts and pieces to build and included are paints and sails for finishing touches on the model.

The Hanse Kogge is based on a Hanseatic Cog, a common trading vessel throughout the Baltic and North Sea from the 10th Century through to well into the 15th Century. This model is based on one of the most famous examples of historical Cogs which was uncovered after dredging operations uncovered wooden ship fragments on the Weser River in Estonia in October 1962. These parts were measured, registered and stored in water basins in a pier shed in Bremen which protected them from drying and shrinking. A further search in 1965 uncovered more than 2000 additional parts with the aid of the diving bell. These parts were then impregnated in polyethylene glycol for 18 years until finally the remnants were cleared for display in the year 2000. She remains on display in a central position at the German Maritime Museum.

Prior to the discovery, no true cog had been uncovered and evidence for them was based on Medieval documents. The discovery inspired replicas to be constructed and there is remarkable similarity between this model and the replica ship Hansekogge, which sails in Bremerhaven, Bremen.