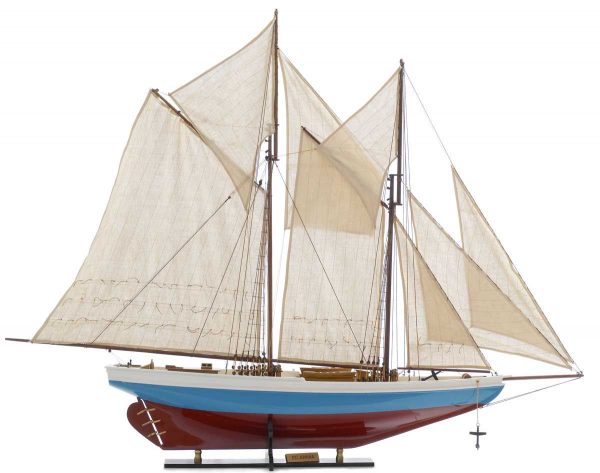 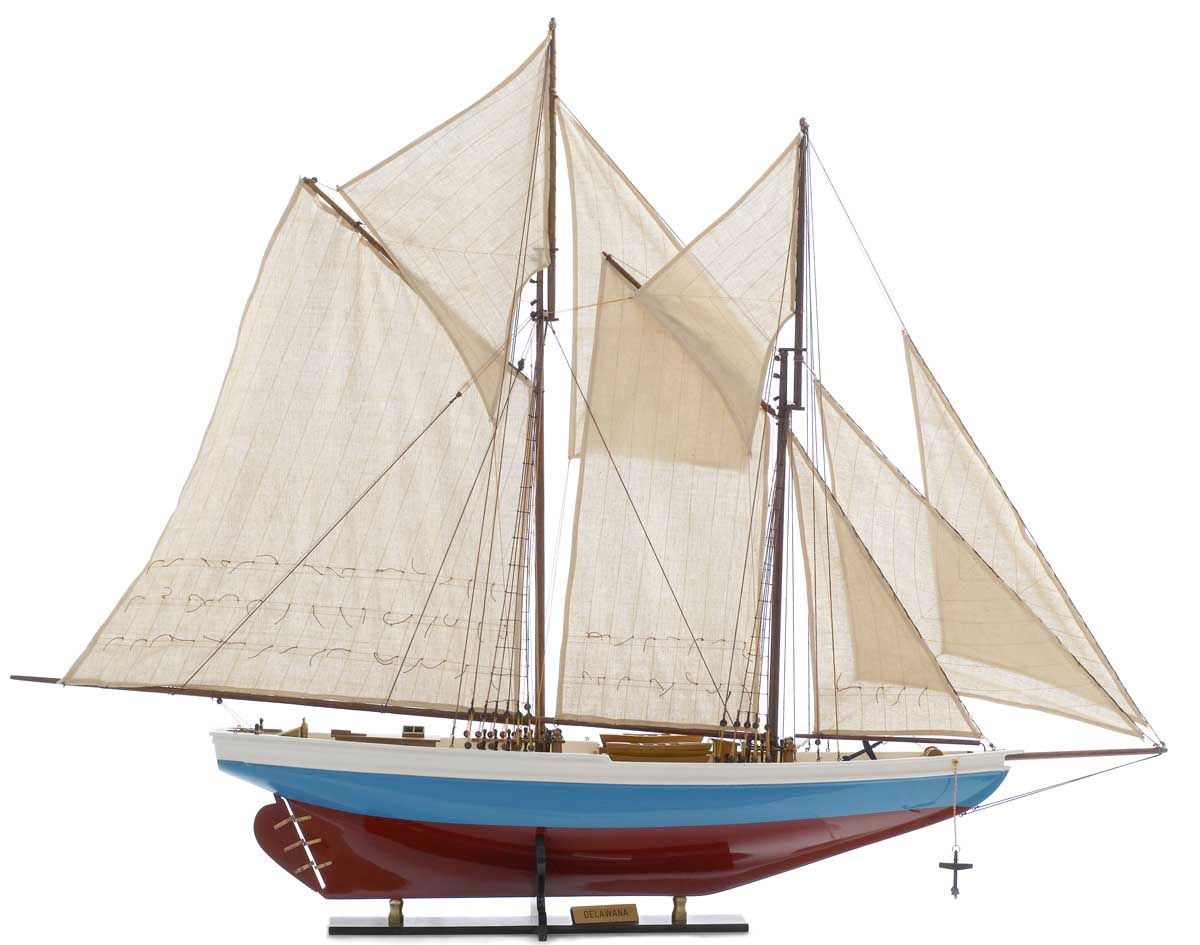 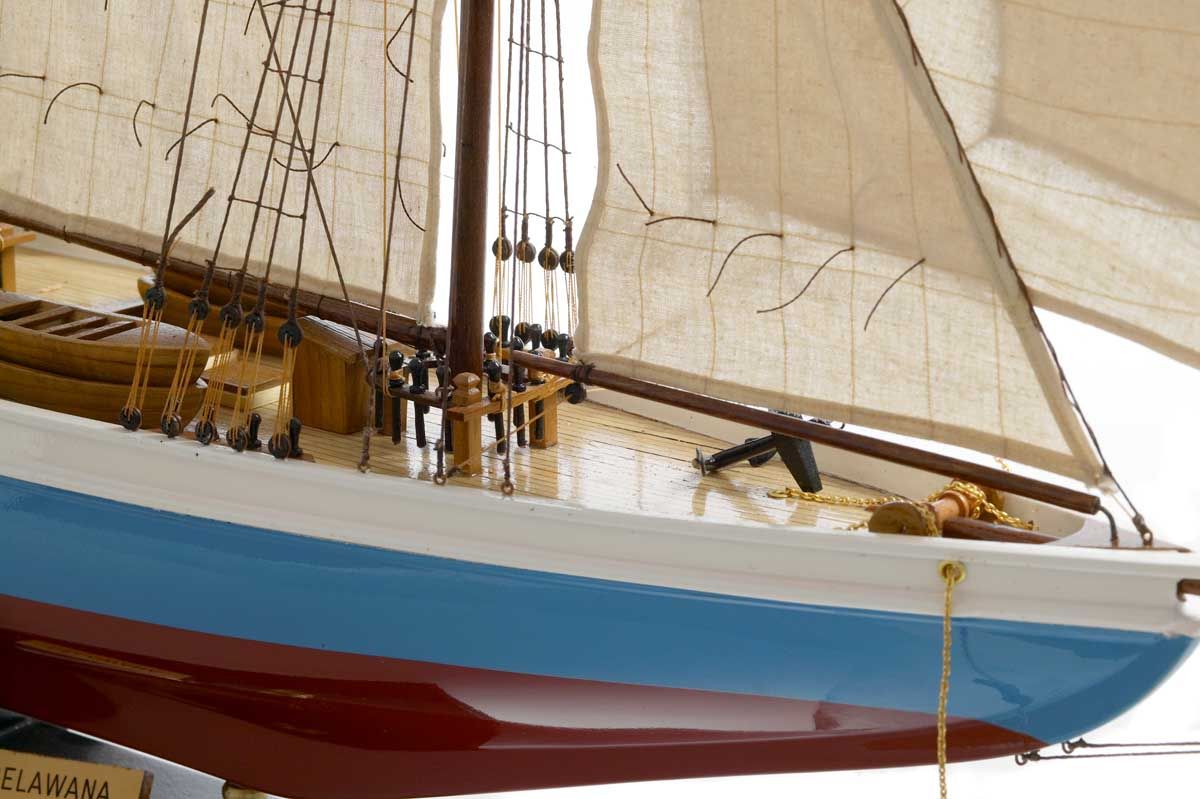 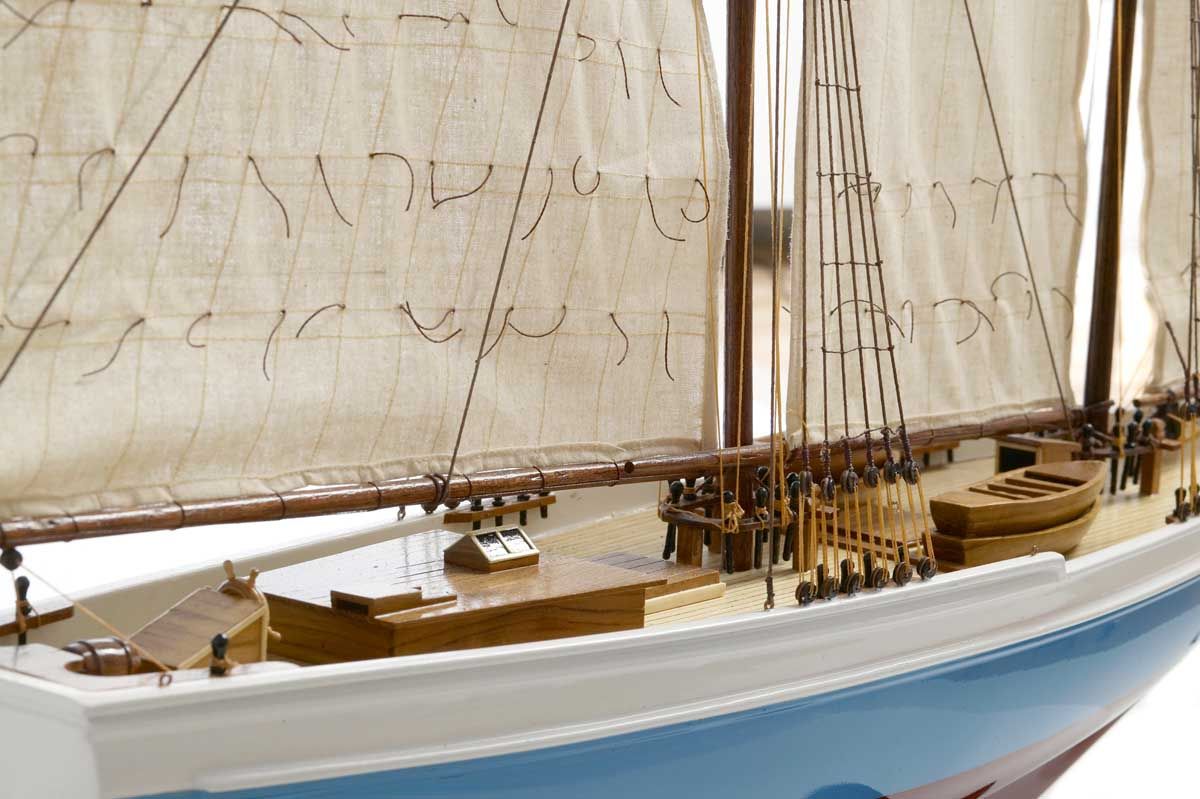 The famous Blue Nose owes its existence to the Delawana. Here is the story of the Delawana and what led to the building of the Blue Nose.

We all know of the Canadian national symbol, the “Blue Nose” that appears on its dime. However, did you know that it was the fishing schooner Delawana that was actually responsible for the creation of the famous Blue Nose? This perhaps makes Delawana model yachts all the more popular and historically significant. Delawana model yachts are replicas of the fishing schooner Delawana that was based atRiverport in Nova Scotia.

The History of the Delawana

For those who aren’t aware, the Delawana was in fact the first schooner to represent Canada at the inaugural International Fishing Vessel Championshipin 1920 under the leadership of Captain Thomas Himmelman, hailing from Riverport in Nova Scotia. It was a racing championship. On the 11th of October 1920, Delawana defeated Gilbert N Walters, another Canadian Schooner sailed by Captain Angus Walters when the latter’s mast gave away during the course of the race.

However, the Delawana could not maintain its winning spree. Defeat lay in store for two consecutive races against Esperanto, the American Gloucester-based fishing schooner under the operations of Captain Mary Welch. Despite this loss, the Riverport crew went on to represent Canada in the International Vessel Championship.

The defeat of the Delawana fishing schooner was not taken very well by the Canadians. They reacted by investing in one of the world’s best fishing schooners that could salvage their pride and they called it “Blue Nose”. It was a cod fishing schooner as well as a racing ship and was built by Smith and Rhuland. The design was by William Roué. The Blue Nose was launched on the 26th of March 1921 in Lunenburg Nova Scotia.
Therefore, the Delawana fishing schooner possesses a unique historical relevance of its own and bringing home a Delawana model yacht could be an interesting addition to your collection of model ships and yachts. Model-ships.co.uk offers some of the finest replicas to choose from at very cost- effective prices.

Please browse our website or Contact Us for any more information in finding the perfect model yacht for your collection.