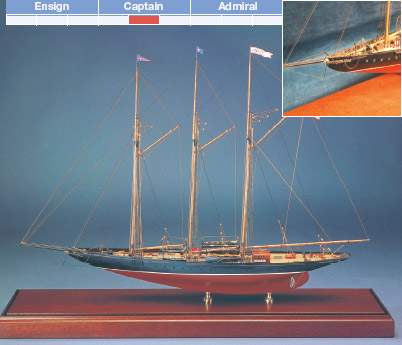 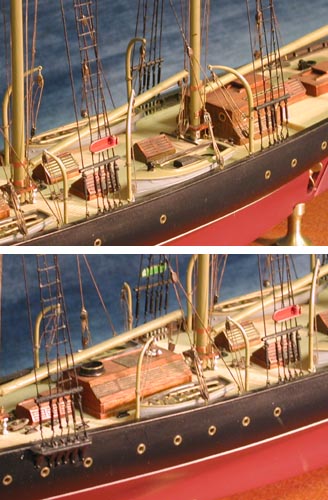 Built by Townsend and Downey shipyard in 1903, the Atlantic was a three-masted schooner setting the record for the fastest trans-Atlantic passage by a monohull in the 1905 Kaiser’s Cup race.  The trans- Atlantic record of 12 days, 4 hours, 1 minute and 19 seconds was not beaten until 1997.  She was designed by William Gardner and Frederick Maxfield Hoyt for Wilson Marshall.  This sleek, black three-masted vessel was skippered by Charlie Barr and navigated by Frederick Maxfield Hoyt when the record was set.

Suitable for the moderate experienced modeler, this striking and impressive model epitomizes grace and sophisticated style.