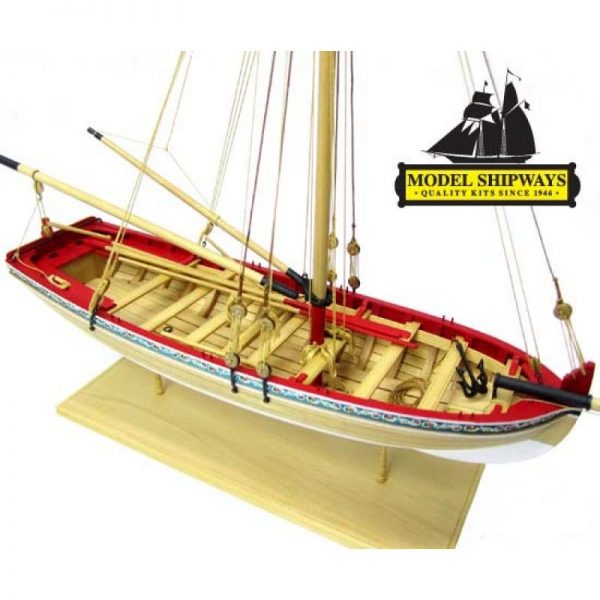 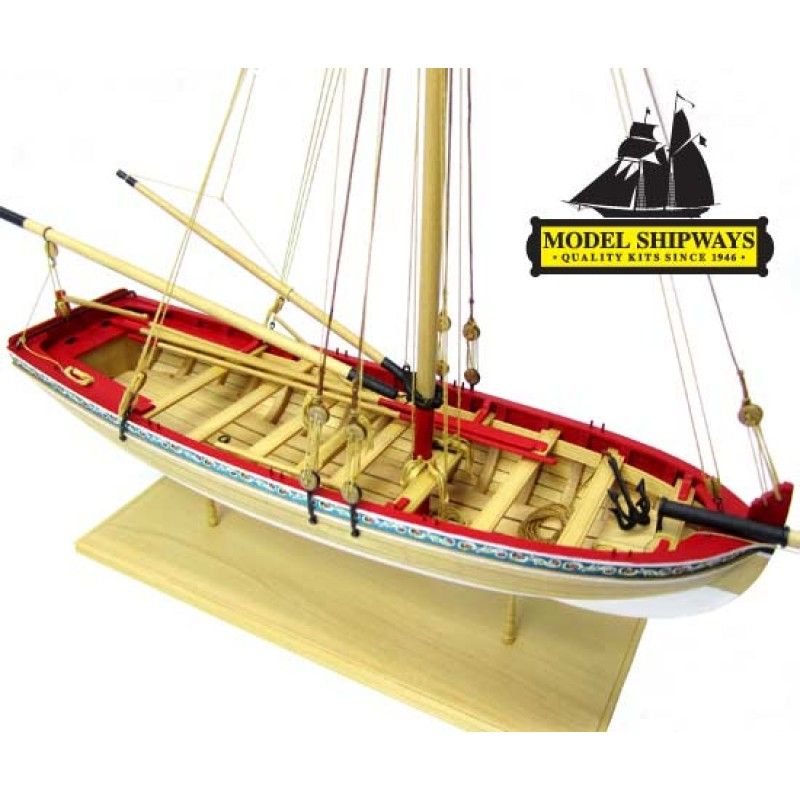 The longboat was the largest boat aboard an 18th century ship. The ship’s principal lifeboat, it was also used for coming and going to the ship to transport supplies and take empty water casks ashore to be filled with fresh water. Longboats were kept fully provisioned at all times in case of an emergency.

Longboats were carvel built with the planks meeting flush at the seams rather than overlapping. A full bow, high sides and fine aft lines made it fairly seaworthy in heavy winds and steep waves. The interior was fitted with thwarts to accommodate eight to ten oarsmen. Many longboats were equipped with a removable mast and sails to allow for more extended voyages. A ship’s gun could also be mounted in the bow.

This all-in-one kit is fantastic for beginners looking to move into intermediate territory. It measures in at 30 centimetres in length and 25 in height. It has a plank-on-frame hull structure, and the instructions can be provided in English, French, German or Italian.

Please note the 50 Piece Knife &amp; Tools Set (PKN 1050/CM) are currently out of stock and have been replaced by 18 Piece Hobby and Craft Tool Set (PTK 1018). The price has been adjusted accordingly.