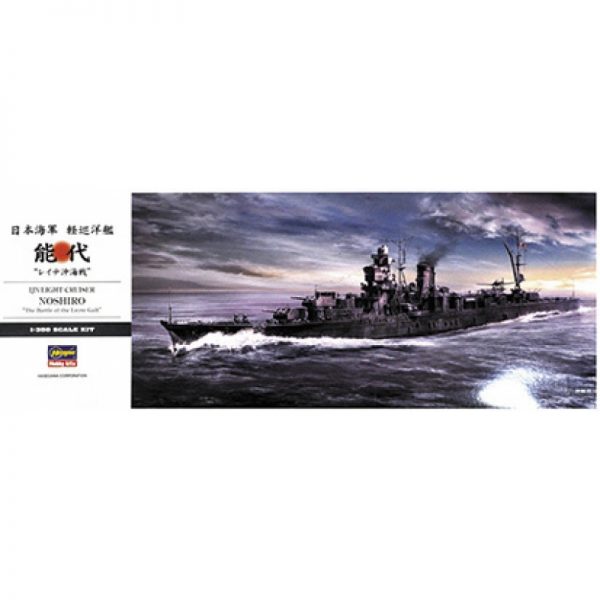 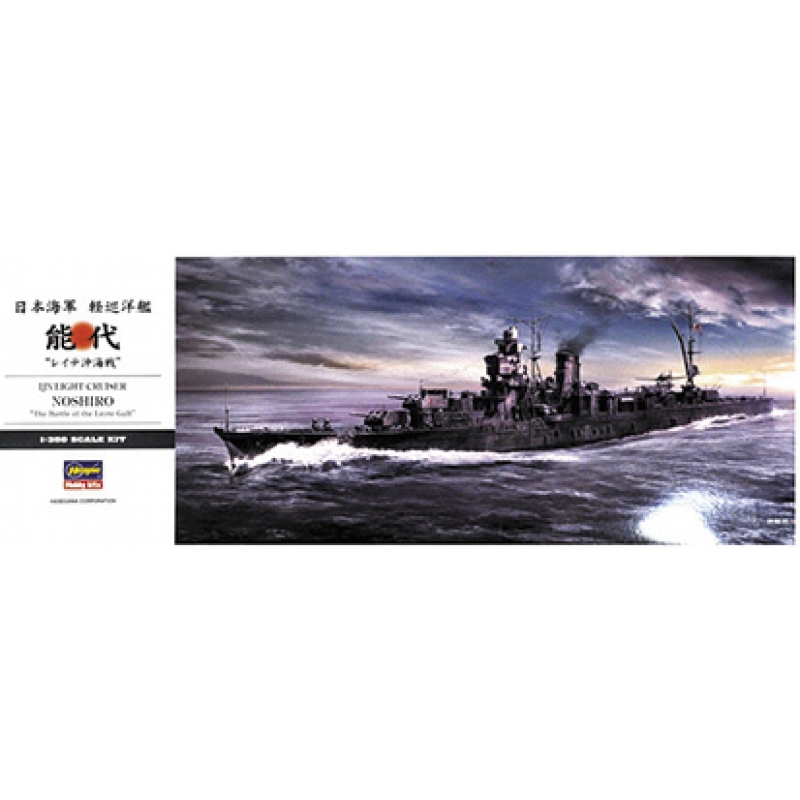 1:350 IJN Light Cruiser Noshiro – The Battle of the Leyte Gulf

About the IJN Light Cruiser Noshiro

The IJN Light Cruiser Noshiro belongs to the Agano class, built for the Imperial Japanese Navy. The Agano class was built as a replacement for the aging Tenryu, Kuma and Nagara classes. The Noshiro was a standardised 5,500 ton displacement light cruiser, which served as a flagship for destroyer and submarine squadrons. The Noshiro was larger than previous light cruisers, and was also built for speed. However, it was not equipped with as many guns as other warships.

The Noshiro participated in a series of wars, and for the most part, made several lucky escapes. It was during the last portion of the Battle of Leyte Gulf, known as the Battle of Samar, that she was out of luck. During this battle, Noshiro led a surprise attack on the US 7th fleet. Noshiro engaged in gunfire with the USS White Plains and even helped destroy the USS Gambier Bay, but was targetted and sunk by an aircraft.

The IJN Light Cruiser Noshiro model has been scaled down and constructed as an identical replica of the original. This model represents Noshirp’s last refit, modelling her appearance at the Battle of Leyte Gulf.. All parts have been moulded in highly detailed plastic pieces, with a detailed hull and display stand included. In order to ensure this model is long-lasting waterslide decals have been used.