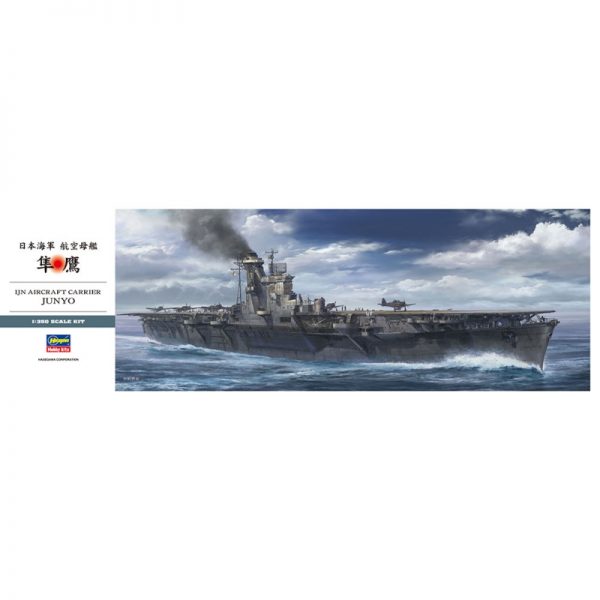 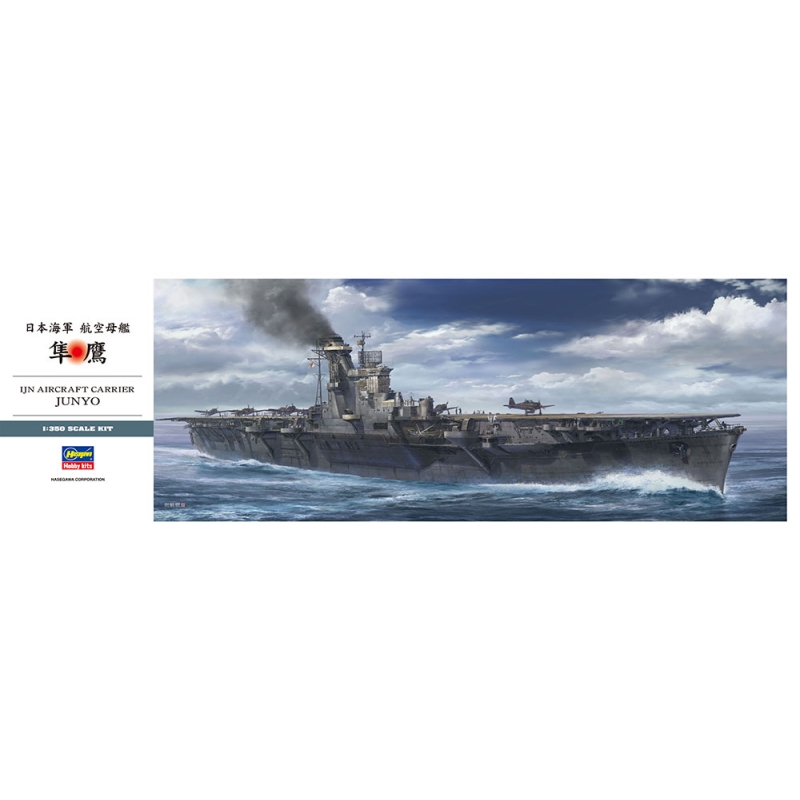 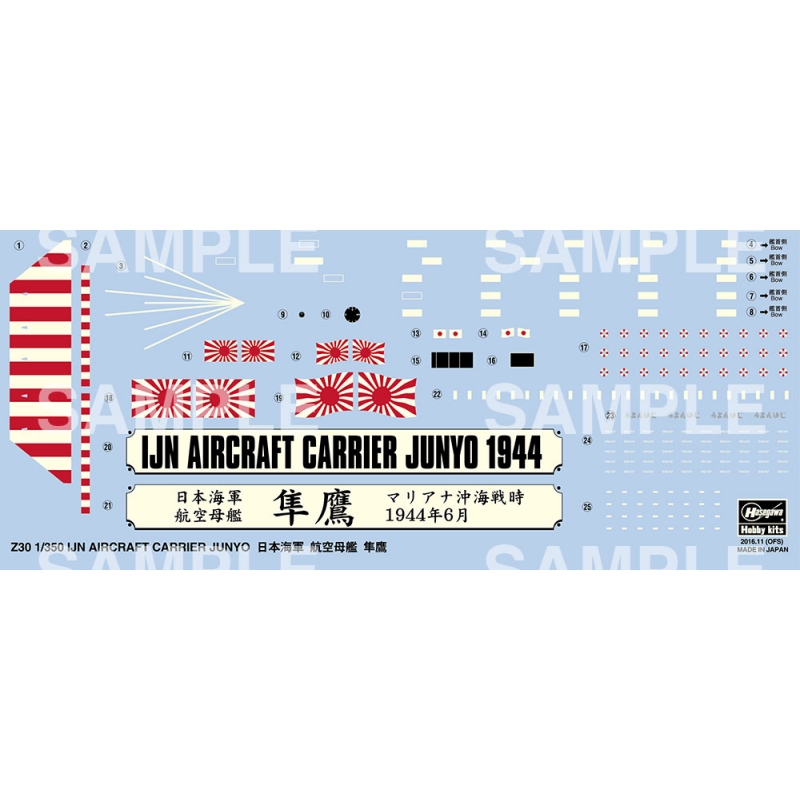 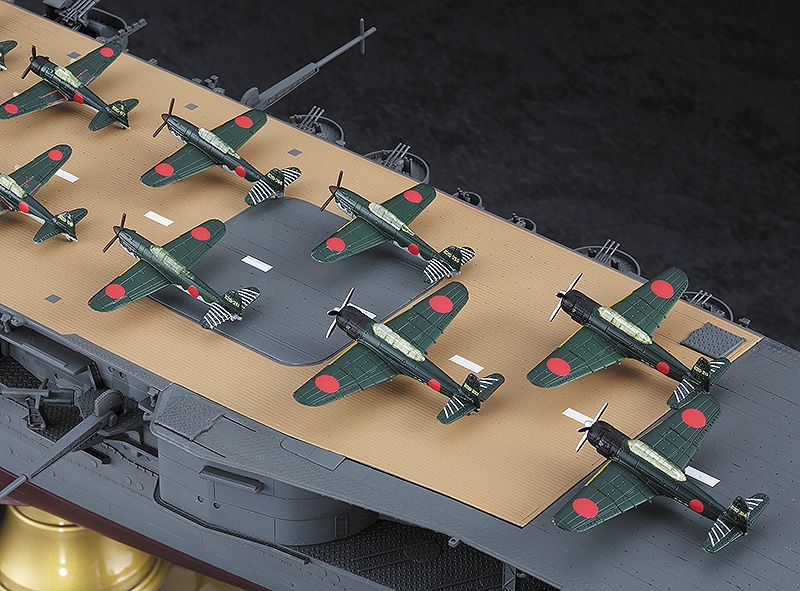 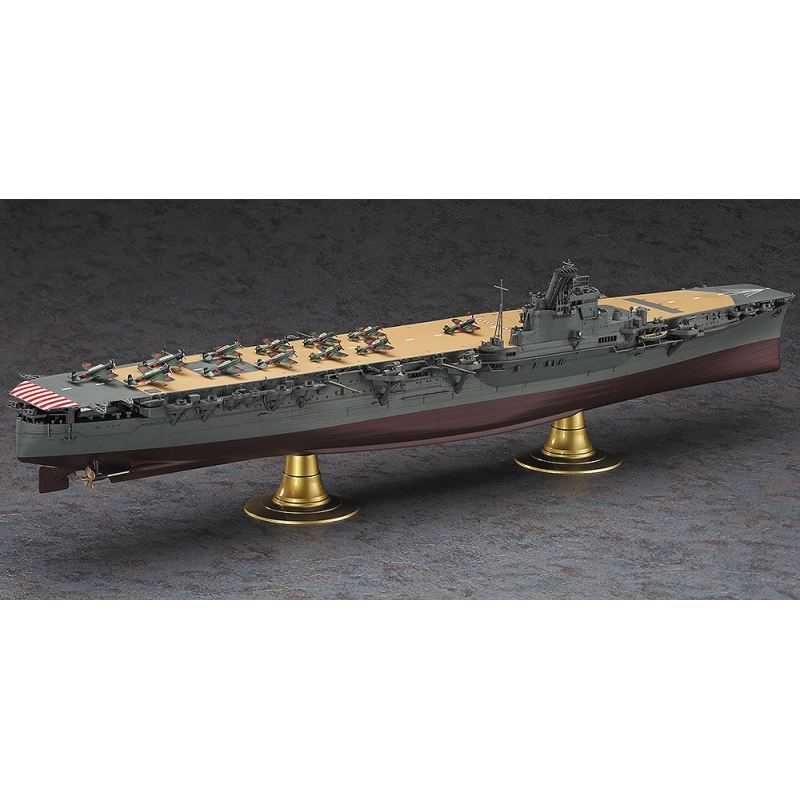 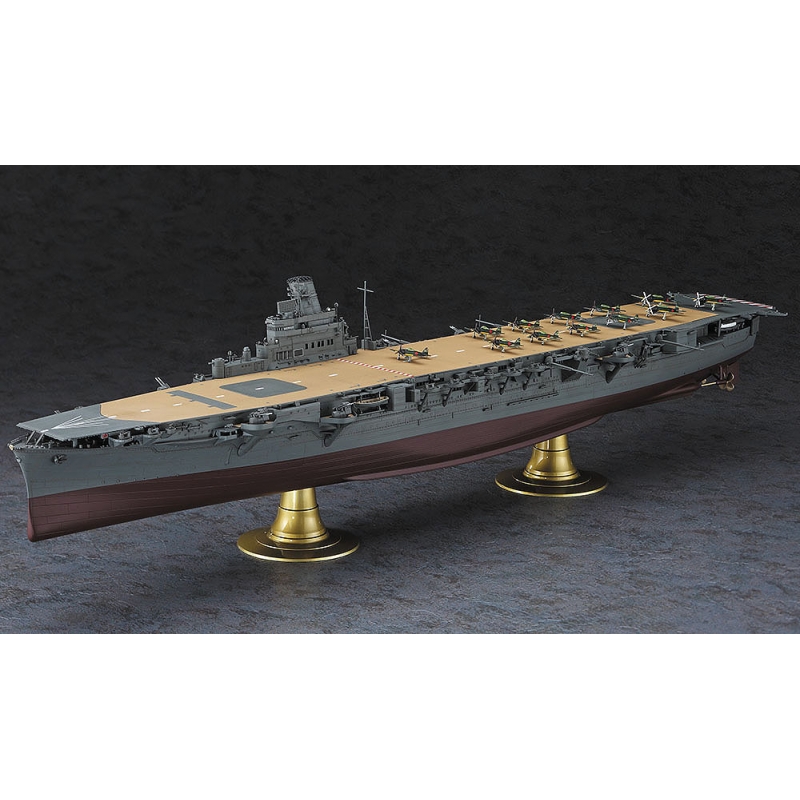 About the IJN Aircraft Carrier Junyo

Built in Nagasaki Japan, Junyo is the first of a class of two 24,100-ton aircraft carriers. She was originally a passenger line known as Kashiwara Maru, but was commissioned by the Japanese Navy in 1940 at the start of World War II. She contributed to attacks on the U.S. Alaskan bases that was followed by the Battle of Midway. Even though she could only travel at a speed of 23 knots, she was still a vital part of the Japanese fleet. In October of 1942, Junyo took part in the Battle of Santa Cruz Islands, in which she attacked the U.S. carrier Enterprise, the battleship South Dakota and the light cruiser San Juan. She also participated in the Battle of Philippine Sea, but could not partake in the Battle of Leyte as her air group was depleted. Junyo was targetted and hit by torpedos while operating off southern Japan in December 1944. Due to the extensive damage, she could not be repaired and was scrapped in 1947.

The Junyo model has been scaled down and constructed as an identical replica of the original. This ship model comes with a series of miniature life-like aircrafts. All parts have been moulded in highly detailed plastic pieces, with a detailed hull and display stand included. In order to ensure this model is long-lasting waterslide decals have been used.